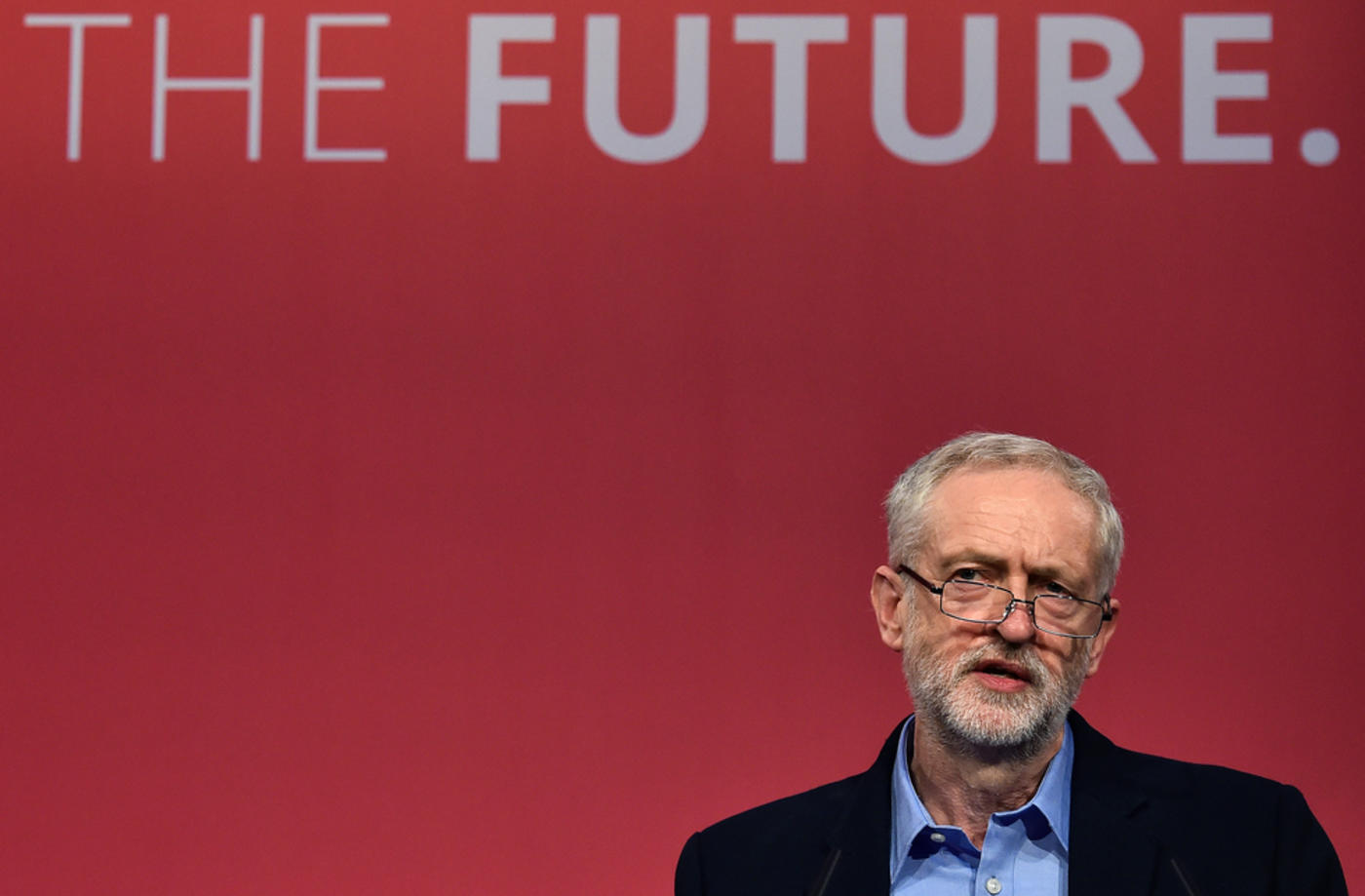 A new analysis by Middle East Eye finds that nearly 100 percent of the Labour MPs who have moved to oust Jeremy Corbyn voted against an investigation into the Iraq war.

The analysis is based on a detailed examination of the voting records of all the MPs who chose not to support Corbyn’s leadership.

Amongst the Labour MPs who had voted in 2003 on the Iraq war, an overwhelming majority who voted against Corbyn were in favour of the military invasion of the country, which paved the way for an escalation of sectarian strife, and ultimately the rise of the Islamic State (IS).

More generally, well over half of the Labour MPs against Corbyn are supportive of British military interventions abroad.

The official reason for the Parliamentary Labour Party’s (PLP) rejection of Corbyn’s leadership is his lacklustre performance during the EU referendum debate. But the move also came shortly before Wednesday’s launch of the long-awaited Chilcot report.

According to Scottish First Minister Alex Salmond, speaking on Monday, Corbyn’s remaining supporters in the PLP believe that the Labour coup “was timed to avoid Corbyn calling for Blair’s head… Indeed many would say that when Corbyn stated that he would be prepared to see a former Labour prime minister tried for war crimes then he sealed his fate as leader of the Labour Party.”

Out of 229 Labour MPs, 216 turned out to vote in the secret ballot, and 172 voted that they had no confidence in Corbyn’s leadership. Just 40 MPs voted to back Corbyn, along with 13 abstentions and 4 spoiled ballots.

But MEE’s analysis lends new context to speculation that the Labour coup was motivated, at least in part, to head off the potential fallout from the Chilcot report’s release.

Welcome to the war party

Officials familiar with the report, such as Lord Butler - who previously worked with Sir John Chilcot in his 2004 inquiry focusing on WMD intelligence – have described it as being highly critical of key officials including Tony Blair, even if it stops short of accusing them of deliberate deception.

To measure the extent to which concerns over the Chilcot inquiry may have motivated MPs in deciding not to back Corbyn, MEE identified the Labour MPs who had backed the incumbent leader and worked backwards to identify all the MPs who had failed to vote in support of Corbyn.

Although 172 MPs specifically voted that they had no confidence in Corbyn’s leadership, a total of 194 MPs were found to have refused to back Corbyn – whether through voting against him, abstaining, or not bothering to turn up to vote.

Out of this total, most incumbent Labour MPs were not in office during the 2003 invasion. However, out of the 71 MPs who were in parliament and voted on the decision to go to war, 92 percent voted in favour of the Iraq war. Just seven voted against.

The data shows that a grand total of 172 MPs have voting records demonstrating general support for British military interventions abroad – the same number who specifically voted that they hold no confidence in the current Labour leader.

This figure, which accounts for 89 percent of Labour MPs who are not behind Corbyn, applies to MPs with track records of having supported British military interventions at various times, though not necessarily everytime.

A smaller number, but still a slim majority of the MPs who have decided not to back Corbyn – 56 percent – are staunchly pro-war, that is, consistently supportive of British military interventionism abroad.

Just 19 percent - 37 Labour MPs - display voting records of a consistently "anti-war" nature, in which they have consistently opposed wars and military interventions.

These figures show that the overwhelmingly majority of Corbyn’s detractors in the Labour Party are pro-war militants who fundamentally reject the Labour leader’s anti-war stance, and particularly his opposition to the Iraqwar.

I am the one and only

But perhaps the most shocking figure of all is with regards to whether the MPs have supported or opposed a formal investigation into the Iraq war. Shockingly, for all intents and purposes, the data confirms that 100 percent of the Labour MPs who refused to back Corbyn voted to oppose any sort of inquiry into the war.

Obviously, this figure applies only to the MPs who held office during the various parliamentary votes regarding whether an inquiry or investigation should be initiated. Out of the 100 MPs who were active in this capacity, 98 voted against an Iraq inquiry.

The two potential exceptions are an MP who was consistently absent for all voting in relation to an Iraqi inquiry, and another MP, Roger Godsiff, who despite first voting against an Iraq investigation, later voted in support of the process that led to the Chilcot inquiry.

Godsiff is the only MP refusing to back Corbyn who effectively voted in support of the Chilcot inquiry.

If Godsiff’s previous votes against an inquiry are therefore ignored, this means that 99 percent of the anti-Corbyn Labour MPs who voted on Chilcot were vehemently opposed to the inquiry, indeed any inquiry, from the beginning.

The 99 percent - against accountability for war

By any standard, this staggering figure provides a clear statistical basis to infer a direct correlation between opposition to the Chilcot inquiry, and antipathy toward Corbyn in the Labour Party.

Far from being a mere matter of speculation and innuendo, the data provide a strong basis to conclude that the imminent launch of the Chilcot report was at least one of the prominent factors in motivating these MPs to begin mobilising against Corbyn.

His staunch opposition to the Iraq war, and ongoing refusal to rule out calling for Tony Blair to face war crimes charges, has played a key role in reinforcing divisions within the Labour Party over issues such as war and military policy.

The EU referendum, which saw 63 percent of Labour voters back Remain – just 1 percent less than the SNP – raises the question of whether Corbyn’s EU campaigning was really the prime factor in the decision to mobilise against him.

Even Angela Eagle, who has been touted as a potential Labour leader contender, admitted shortly before the referendum – and contrary to her later criticisms of Corbyn:

“Jeremy is up and down the country, pursuing an itinerary that would make a 25-year-old tired, he has not stopped.”

If the EU referendum was not the issue, this analysis suggests that Corbyn’s strong positions on British foreign policy were a far bigger factor in the PLP’s concerns about his ongoing leadership of the party.

- Nafeez Ahmed PhD, is an investigative journalist, international security scholar and bestselling author who tracks what he calls the "crisis of civilization." He is a winner of the Project Censored Award for Outstanding Investigative Journalism for his Guardian reporting on the intersection of global ecological, energy and economic crises with regional geopolitics and conflicts. He has also written for The Independent, Sydney Morning Herald, The Age, The Scotsman, Foreign Policy, The Atlantic, Quartz, Prospect, New Statesman, Le Monde diplomatique, New Internationalist. His work on the root causes and covert operations linked to international terrorism officially contributed to the 9/11 Commission and the 7/7 Coroner’s Inquest.

Photo: Jeremy Corbyn speaks to the audience after being announced as the new leader of Britain's opposition Labour party, in London on 12 September, 2015 (AFP). 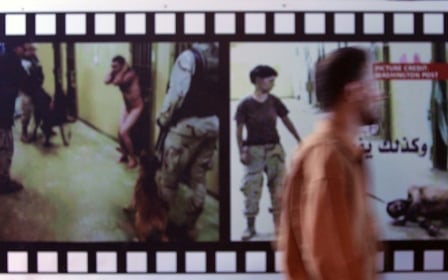 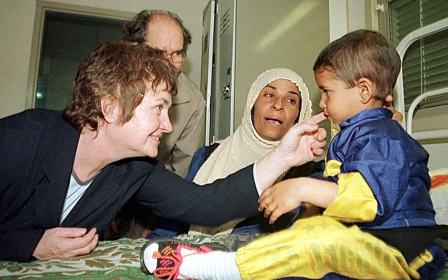 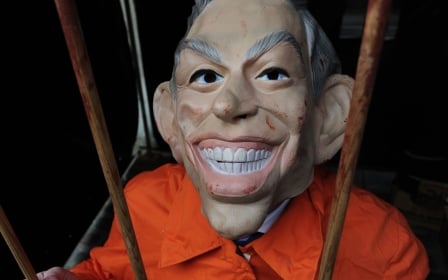