Murder, spies and alibis: The return of Dahlan 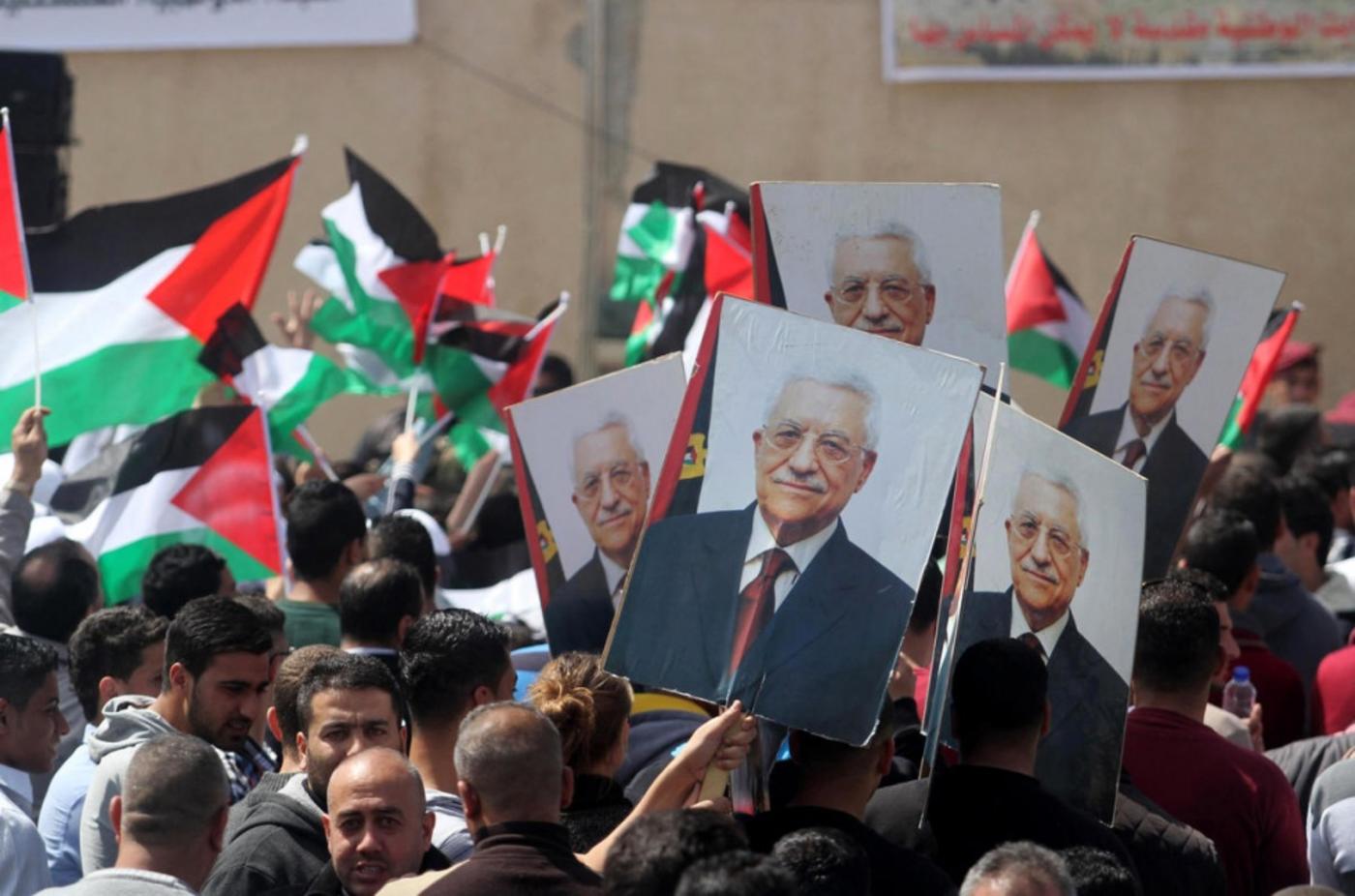 When the late Palestinian leader Yasser Arafat was confined by Israeli soldiers to his headquarters in the West Bank city of Ramallah in 2002, a political rival then rising through the movement’s ranks, Mohammed Dahlan, seized the opportunity.

Dahlan went on to become the most powerful and effective member of the “Gang of Five”, a group of Fatah leaders who ran the organisation in Arafat’s place. He managed the affairs of the organisation, coordinated security with Israel, and cut deals on regional and international issues.

Times were different then. Dahlan, a former Palestinian Authority (PA) minister, national security advisor and head of Gaza’s Preventative Security Service (PSS) – an organisation notorious for it links to US and Arab intelligence agencies and innovative torture techniques – was likely the most powerful Palestinian in the world.

At the time, all Dahlan’s rivals had conveniently or coincidentally been marginalised: Arafat was imprisoned in his office in al-Muqata’a, while Dahlan’s toughest rival, Jibril Rajoub, leader of the West Bank PSS, had been discredited in a humiliating fashion.

During the Israeli crackdown of the Second Palestinian Intifada from 2000 to 2005, Rajoub handed over the PSS headquarters with all its Palestinian political prisoners – mostly from Hamas and other opposition groups – to the Israeli army and walked away. After that, Rajoub’s star faded into a dark chapter of Palestinian history.

Asserting their newfound power following Rajoub’s exit, Fatah militias loyal to Dahlan and his “Gang of Five” made it clear to any ambitious Fatah leader that the movement had a new leadership. The Gang of Five “put the West Bank faction of Jibril Rajoub in the shade”, reported UPI at the time, adding that “Dahlan’s men have even roughed up squads of Rajoub’s bully boys”.

The Gang of Five consisted of Dahlan; NGO (non-governmental organisations) minister Hassan Asfur, chief negotiator Saeb Erakat, Muhammad Rashid and Nabil Sha’ath. Asfur and Rashid have recently resurfaced with accusations of involvement in murder and corruption. This grouping was agitating for a return to direct negotiations with Israel. They had also called for an end to the intifada, especially in its armed form, and wanted to restructure the PA’s security services into one organisation led by Dahlan, which would be supported by the US’s Central Intelligence Agency and the intelligence services of Egypt, Jordan, and Saudi Arabia.

This is not a history the Fatah leadership, including Dahlan, would like to the world to remember. It is too dangerous as it highlights the reality that engulfed, and continues to shape the ruling class of the PA in Ramallah, whose reach has touched upon every aspect of Palestinian life.

The PA has sidelined the once prominent Palestinian Liberation Organization (PLO) and the Palestinian National Council (PNC). Despite its flaws and hindrances, the PNC had served as a parliament for Palestinians everywhere. Many Palestinians have been distressed to realise that a single party, Fatah – or, more correctly, a small group within the once revolutionary movement, has complete dominance over Palestinian political decision making, economic welfare and more.

The second intifada, which began in September 2000, unlike the first Intifada of 1987, had a damaging long-term impact. It seemed to lack a unity of purpose, was more militarised, and allowed Israel to rearrange the post-Intifada and post-Arafat political scene in such a way as to privilege its trusted allies within the Palestinian camp.

Dahlan, and the current PA president, Mahmoud Abbas, who was elected in 2005 for a five-year-term, were spared the Israeli purges. Hamas lost several layers of its leadership. Like other leftist groups, the Islamic Jihad and the Popular Front for the Liberation of Palestine (PFLP), suffered massive crackdowns and assassinations. Even Fatah activists paid a terrible price in blood and imprisonment because of the leading role they had played in the Intifada.

For Abbas and Dahlan, however, things were more comfortable. At least for a while, the outcome of the Intifada was beneficial for some Palestinian leaders who had been relegated to minor roles. Israeli schemes and American pressure helped bring them back into the limelight.

Twelve years later, Abbas and Dahlan are again the centre of attention. Abbas, 79, is the ageing president of an authority which has access to funds but no sovereignty or political leverage (aside from what Israel allows). Meanwhile, Dahlan, 52, is in exile in the UAE after his supporters were chased out of Gaza by Hamas in 2007, and then out of the West Bank by his own party in June 2011.

Dahlan and his supporters were chased out of Gaza by Hamas in 2007, and then out of the West Bank by his own party in June 2011. This occurred after he was accused of corruption and the poisoning of Arafat, on behalf of Israel, during the Israeli siege. But Dahlan, aided by some strong friends around the region - and of course, his old intelligence contacts in Israel and the US - is unmistakably plotting a comeback.

Abbas knows well that his rule is approaching a sensitive transition, and not only because of his old age. If the US Secretary of State John Kerry's peace talks deadline of 29 April results in nothing substantial, as will most likely be the case, it would not be easy for Abbas to keep Fatah's various competing cliques under control.

As Dahlan sagaciously finds and manipulates gaps to reassert his relevance in a political milieu that repeatedly rejects him, Abbas is lashing out in anticipation of a showdown. Dahlan is answering in kind, partly through the airtime generously gifted him by Egyptian media. Fatah is again in crisis, and because of its political dominance, all Palestinian political institutions will suffer as a result.

How is it possible that Dahlan, accused of appalling crimes during his Gaza reign, remains relevant? He has been accused of torture, spying for Israel, and assassinations on its behalf. Additionally, according to a Vanity Fair investigation in April 2008, he attempted a coup in Gaza against the elected Hamas government that led to a civil war, resulted in Hamas seizing Gaza, and deepened disunity that still plagues Palestinians.

Before his ousting by Hamas, Dahlan had commanded a 20 000-strong security force in impoverished Gaza, and led a special unit funded and trained by the CIA. The Gaza Strip was mockingly but tellingly referred to by some as “Dahlanistan”.

Even after being banished by both Hamas and Fatah, Dahlan’s name continued to be associated with bloody conflicts in other parts of the Middle East. In April 2011, Libya’s Transitional National Council accused him of links to an Israeli weapons’ cache allegedly received by former Libyan leader Muammar Ghaddafi.

Rashid’s name was also mentioned by the Libyans. Fatah had promised an investigation – especially since Rashid was a member of the Fatah Central Committee, but the incident became just another item in a growing file of investigations into alleged Dahlan crimes.

Things got uglier when a Hamas leader, Mahmoud al-Mabhouh, was assassinated in Dubai in January 2011. While Hamas maintains that Mossad was behind the assassination (as proved by video footage), two of the suspects arrested in Dubai for their purported involvement and for providing logistical aid to the Mossad hit team – Ahmad Hassanain and Anwar Shheibar – work for a construction company in Dubai owned by Dahlan. Their intriguing resumes also link them to a Gaza death cell under Dahlan’s command, and which was dedicated to suppressing dissent among Palestinian groups.

The ongoing Abbas-Dahlan spat, which has again reared its head, is confirming numerous suspicions of Fatah’s detractors regarding the role of the movement’s leadership in conspiring with Israel to destroy the resistance.

Abbas and Dahlan continue to present themselves as the saviours of Palestinians, while accusing each other of collaborating with Israel and of being an American stooge. Most Palestinians are not amused, and even senior Hamas leader, Mousa Abu Marzouk, called on Abbas and Dahlan to “refrain from exchanging accusations that serve only Israeli interests”. He added, “Hamas distances itself from the bickering between Abbas and Dahlan; even though [Hamas] is a common denominator between both parties”.

Abu Marzouk’s “common denominator” comment referred to Abbas’s list of accusations against Dahlan which included the latter’s alleged role in the assassinations of Hamas leader Salah Shehadeh, his family and some neighbours in an Israeli air strike in 2002. Abbas further implied that Dahlan had a role in Arafat’s poisoning in 2004. The PA president referred to ‘three spies’ who worked for Israel and had carried out high profile assassinations of Palestinians. Apart from Dahlan, he was also referring to Hassan Asfur, another member of the ‘Gang of Five’. Hamas immediately called for an investigation.

An obvious question is: if Dahlan was implicated in these crimes, with the knowledge of Fatah leaders and PA officials, why did they continue to entrust Dahlan with sensitive responsibilities? The timing of Abbas’s comments is not arbitrary. Abbas is becoming increasingly wary of an attempt, involving regional powers, to implant Dahlan back onto the Palestinian political scene. For Ramallah, Dahlan’s comfortable stay in the UAE, frequent visits to meet top Egyptian army officials, and access to large amounts of money are cause for concern.

The media platform for Dahlan’s response on 16 March was interesting. He launched his attack on the privately-owned Dream2 television station in Egypt. In an interview that lasted hours, Dahlan was granted uncontested space to articulate his political agenda. “The Palestinian people can no longer bear a catastrophe like Mahmoud Abbas,” Dahlan said. ”Since the day he came to power, tragedies have struck the Palestinian people. I may be one of the people who bear the blame for bringing this catastrophe upon the Palestinian people.”

It is not clear how Dahlan is responsible for “bringing” Abbas to power, but it is clear that the showdown between the two men who had once been allies against Arafat has reached a new level. Dahlan attempted to appear stately, but failed. “I don’t want to dwell on this ridiculous speech in which Mahmoud Abbas disgraced himself”, the former security chief said. “He doesn’t mind if other people insult him or if he disgraces himself. He is used to people treating him with contempt...When (Fatah was) in Tunisia, they used to call him the president of the Jewish Agency.”

When Hamas raided Dahlan’s house in Gaza in 2007, they discovered a huge cache of unlicensed weapons and thousands of bullets. Stacks of photographs of him with senior Israeli military and intelligence officials were also found. The pictures suggested friendly relations between Dahlan and the Israeli leaders responsible for substantial violence against Palestinians.

But Dahlan’s adventures, it seems, are not restricted to wild statements about the PLO president. His supporters in the Sinai desert are suspected of wreaking havoc and being an integral part of the ongoing violence there. And his wife has been accused of dishing out large sums of money to selected Palestinians in refugee camps in Lebanon. The Dahlan story is set to grow, and is linked inextricably to the Egyptian coup and role of the UAE in the region. Fatah members and supporters who are loyal to neither Abbas nor Dahlan believe that their movement needs to reclaim its revolutionary identity, the very reason behind its existence.

– Ramzy Baroud is an internationally-syndicated columnist, a media consultant, an author and founder of the Palestine Chronicle. He is a PhD candidate at the University of Exeter, UK. His latest book is “My Father Was a Freedom Fighter: Gaza’s Untold Story” (Pluto Press, London). To spy to live