On napalm and starvation: An open letter to the world from the women of Daraya

Women of Daraya
After 1,368 days under siege, women in the Damascus suburb demand immediate action from international organisations and governments 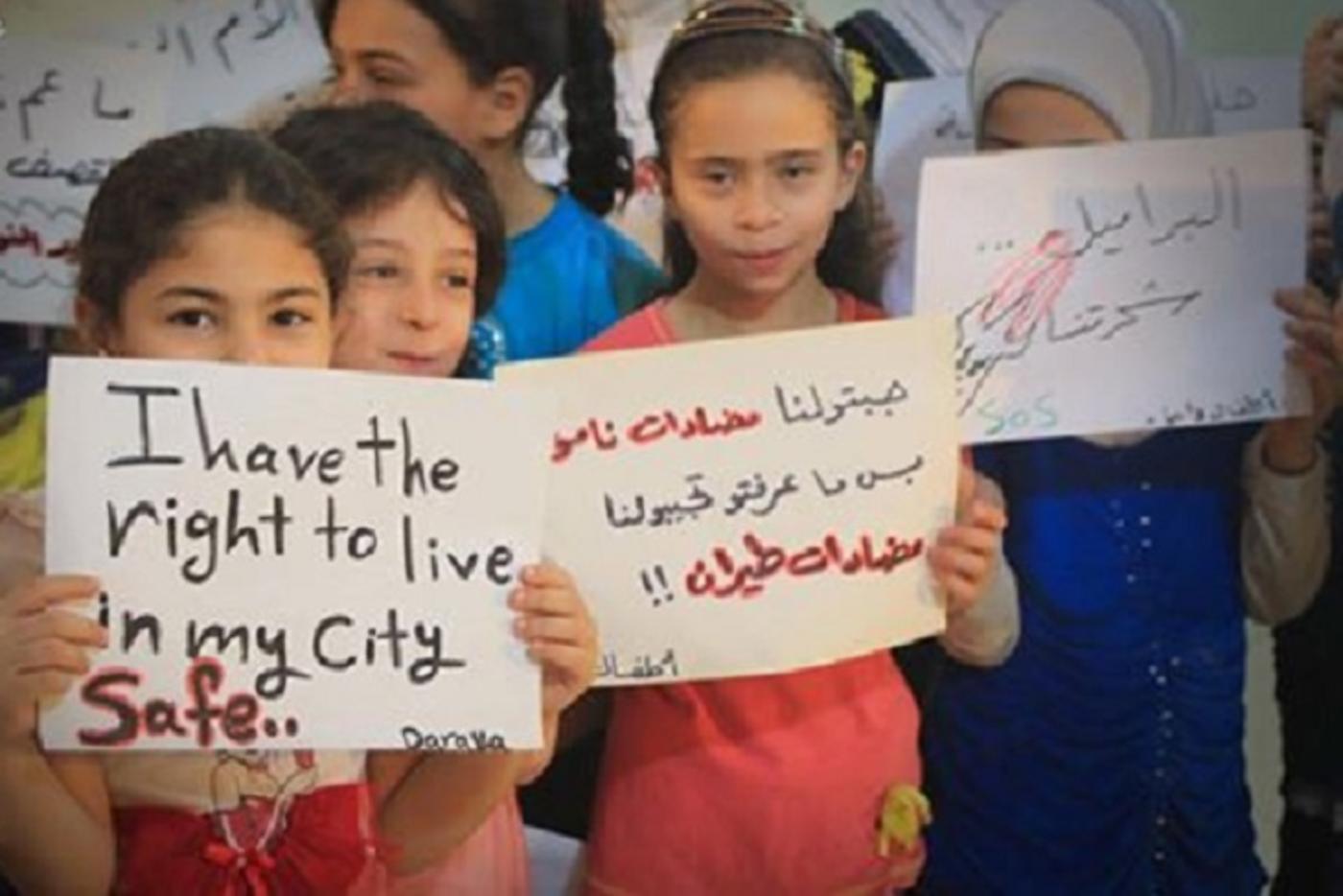 The Syrian city of Daraya, with a population of around 8,000 people, has been under siege since November 2012. Last Friday, Syrian government forces reportedly bombed the last hospital in the city, using a napalm-like weapon.

A group of women from Daraya, both living inside and outside of the city, has written this letter in response:

“Napalm bombs are among the most painful things a human can experience.”

This is the testimony of Kim Phuc, a survivor of a napalm bombing in Vietnam. Water boils at 100 degrees Celsius. Napalm bombs produce temperatures of 1,500 degrees Celsius. Can you imagine the intensity of fire that our people in Daraya are living through?

At 1:30am on Friday, 19 August, the regime bombed the only field hospital in the city of Daraya using exploding cylinders carrying napalm, which is illegal under international law. The bombing put the hospital completely out of action.

The bombing began on 11 August, when residential areas of the city were targeted with up to 40 separate napalm bombs. The bombing destroyed a basement filled with wood and used by the family of Umm Mahmoud as a storeroom and a bomb shelter. Everything inside burned to dust – Umm Mahmoud narrowly escaped with just her life and the clothes she was wearing.

We want to raise our voices, even though we have lived under siege for 1,368 days. Regime forces are continuing without pause and the international powers have done nothing

We must remember that the regime has imposed a siege on Daraya since the end of 2012; a siege that is still in place today. The military campaign that started simultaneously has used all forms of weapons – over 9,000 barrel bombs have been dropped, as well as poisonous gas and internationally-prohibited napalm.

At the start of 2013, the regime cut Daraya off from all basic services: electricity, water for drinking and household use, and communications. Throughout the siege, regime forces have used starvation as a weapon. Now, children and adults alike are suffering from severe malnutrition.

For more than two months, the residents of Daraya have lived with daily, continuous bombing by regime forces. We have counted the weapons used: 1,805 barrel bombs and 729 high-explosive earth-to-earth missiles. These have set fire to agricultural land and the crops that represented the sole food source for the besieged residents of the city.

We, the women of Daraya, want to raise our voices, even though we have lived under siege for 1,368 days. Regime forces are continuing without pause their systematic bombing. And the international powers have done nothing.

It is our right to live in our city, to live a natural and safe life without terror and fear. Our children have the right to live under the light of the sun, not in the darkness and terror of their basement bomb shelters.

That is why we are demanding action from the international community, from its organisations and governments. We demand an end to all forms of violence in the city, and a lifting of the siege so that food and medical aid can be sent in.

We also demand that the UN and the Human Rights Council intervene immediately to stop the war crimes that the regime is committing against our city – these include the constant dropping of barrel bombs as well as the use of napalm, which causes our people material harm, horrific physical injuries and, mostly, psychological terror for us and our children.

-The Women of Daraya 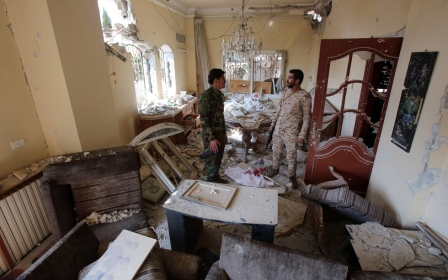 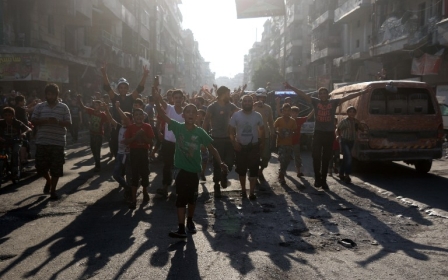 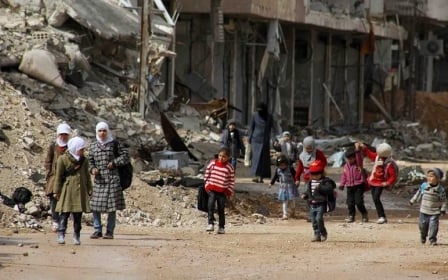