The new global powers are already creating a multipolar world

Selçuk Aydın
The UN and Nato, designed for a unipolar or bipolar world, are ill-equipped to deal with the realities of the emerging multilateralism. We need new institutions if we are to avert disaster 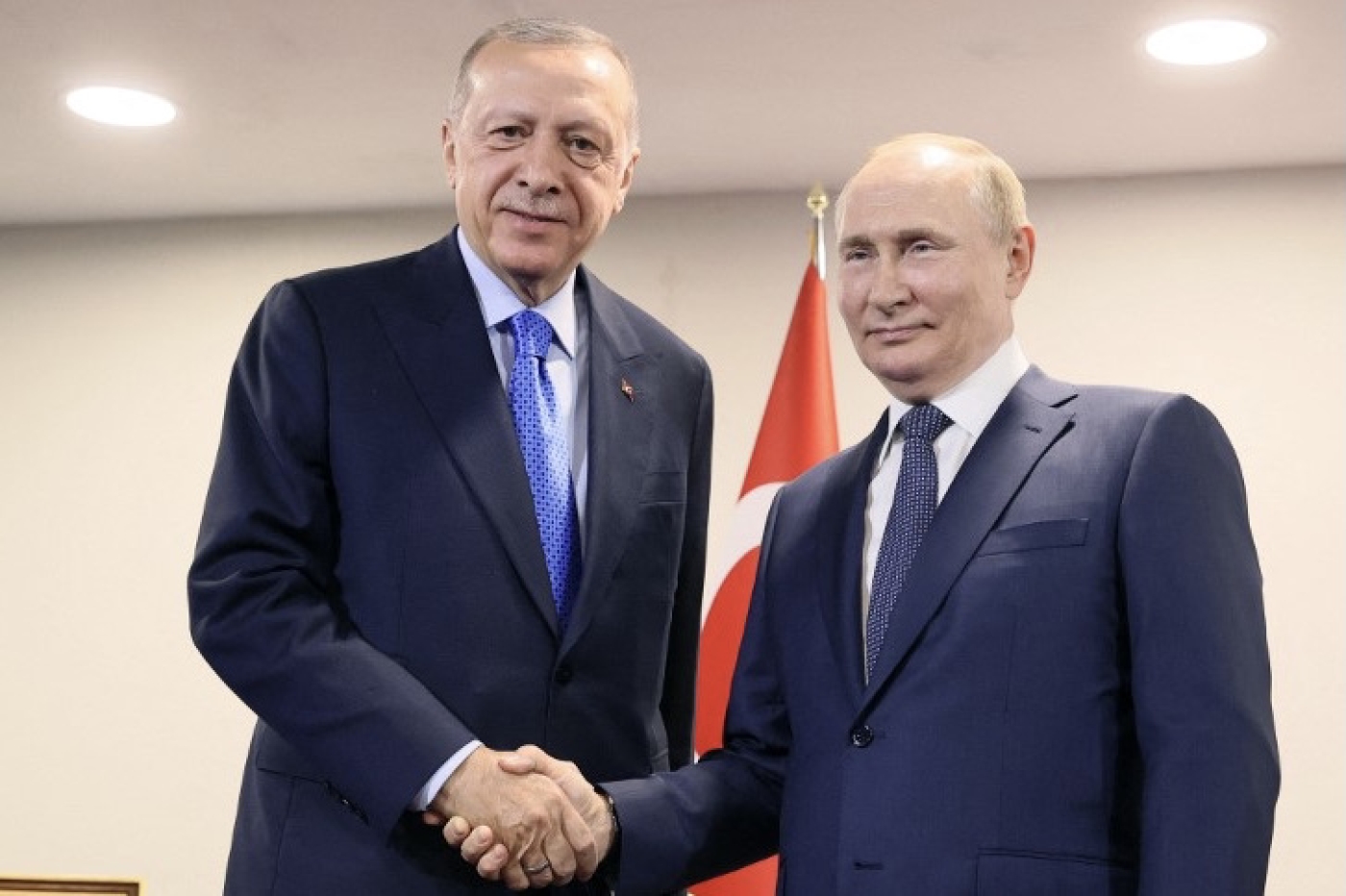 The US-led western bloc has dominated world politics through multilateral institutions and military interventions overseas, particularly since the end of the Cold War.

This Euro-centric bloc later attempted to universalise western liberal democracy, allowing Washington to legitimise its interventionism in Iraq and Afghanistan.

Russia is seeking to turn back the clock to the glory days of the tsars and the Soviet Union, using intimidation and coercion, as in the example of the Ukraine invasion

That approach, however, caused a power vacuum in both countries and increased violence, which led to the emergence and strengthening of new approaches in world politics.

Eventually, this US-defined status quo in world politics has faced significant challenges from Russia and China, as well as emerging powers such as India, Brazil and Turkey.

In contemporary developments, Russia is seeking to turn back the clock to the glory days of the tsars and the Soviet Union, using threats, intimidation and coercion, as in the example of the Ukraine invasion. Moreover, China and Turkey are adamant about comprehensive reforms of the global system.

Lastly, Saudi Arabia's OPEC+ decision to reduce oil production was made based purely on "economic considerations", according to the kingdom, as it rejected accusations that the move was politically motivated against the US.

The genesis of the modern global order can be traced back to the French Revolution of 1789 and subsequent developments following the Napoleonic Wars. The radical socio-political change in France during those years led to the transformation of both local and global systems, influencing many ideologies around the world.

In the following years, global politics was dominated by the idea of German unification and expansion and British and French colonialism. This struggle ended with the First World War, one of the most catastrophic conflicts in human history. 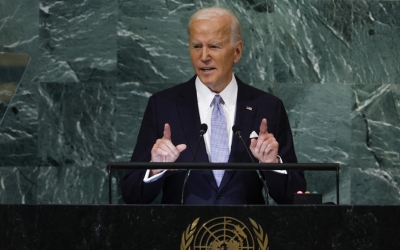 Russian resilience, US overconfidence and Chinese calm: The West versus the rest
Read More »

After the war, the League of Nations was established based on liberal values to end all wars and preserve world peace. In contrast, the post-war order was ruined by the Paris Peace Conference of 1919, also identified as a "peace to end all peace" by David Fromkin, as it laid the foundations for innumerable subsequent conflicts.

The attempts to redefine the post-First World War order resulted in the Second World War. The failure of the League of Nations to avoid another great war eventually paved the way for what is now known as the United Nations (UN), an intergovernmental body that strives to prevent future conflicts, promote human rights and improve standards of living.

While the new multilateral approach set out to prevent another world war, tensions between the US and the USSR triggered the Cold War, dividing countries and international institutions into two security camps: Nato and the Warsaw Pact.

The Cold War era ended with the US leading the unipolar world and imposing western concepts on other nations, but its leadership in the current global crisis has come under scrutiny. The demand for revisionism was raised by the emerging powers of the BRICS bloc (Brazil, Russia, India, China and South Africa).

Russia has long generated an alternative approach to world politics in opposition to the western powers. This approach has deep historical roots as it stopped the advances of Napoleon and, more importantly, Adolf Hitler. However, Russia was very weakened after the collapse of the USSR, and its alternative ideology against western leaders and the capitalist model lost traction.

But under Vladimir Putin, Russia has aimed to revive its revisionist roots to recover the country's lost glory, as Putin clarified in the documentary Contemporary Russian History, broadcast on the Russian state channel Rossiya 1 in December 2021.

"Above all, we should acknowledge that the collapse of the Soviet Union was a major geopolitical disaster of the century. As for the Russian nation, it became a genuine drama," the Russian president said.

"Tens of millions of our co-citizens and co-patriots found themselves outside Russian territory. Moreover, the epidemic of disintegration infected Russia itself."

For Russia, US interventionism opened a "breach" of the international system. Putin's heavy criticism of the unipolar world at the 2007 Munich Security Conference was followed by the invasion of Georgia in 2008.

In current developments, Russia uses military power in post-Soviet lands, particularly in Ukraine, and also weaponises the energy supply to Europe. This is a challenge to US hegemony and brings a new type of balance to global politics.

The need for revisionism can also be traced through the activities of international organisations such as BRICS, the Shanghai Cooperation Organisation and the Organisation of Islamic Cooperation. Globally, they have increased their sphere of influence in recent years.

Also, countries such as Turkey have started to call for a new world order. Turkey, as an emerging power, is attempting to strengthen the Organization of Turkic States and says that wider reforms are needed in the structure of the UN, especially the Security Council.

Professor Fahrettin Altun, Turkey's communications director, emphasises in his latest book the need for a more equitable world order - which properly represents diverse continents, faiths, origins and cultures - if the UN wants to remain relevant and legitimate in the 21st century.

In contrast to Russian and American interventionism, China wants less global interventionism, support for many multilateral activities and norms, and respect for the domestic policies of countries that undermine the significance of human rights.

China's Belt and Road Initiative plays a significant role for China in Asia, Europe and Africa. Chinese offshore investments are helping Beijing cultivate soft power across the globe. Therefore, China has almost always preferred stability over conflict, deploying the rhetoric of maintaining neutrality in regional conflicts such as the Eastern Mediterranean dispute, in which China's European and Middle Eastern partners clash.

Although the majority of conflicts in African countries are internal, China still faces a growing threat to its multibillion-dollar projects, ranging from railways and bridges to petroleum contracts. To contain any internal conflict and prevent them from morphing into wider regional upheavals, China has now taken a proactive role, setting up military bases and mediation initiatives.

In light of these circumstances, it's safe to say that the age of unipolar or bipolar world order is coming to an end. Global powers are already on the path of navigating a multipolar world.

But what's missing is multilateral institutions, or independent arbiters, that can save the world from taking a very dangerous path and help minimise the risk of nuclear war. 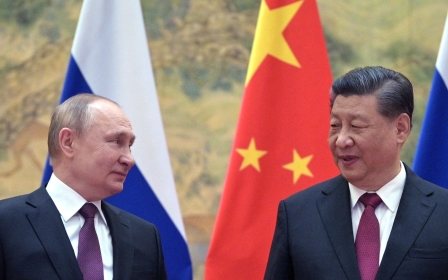 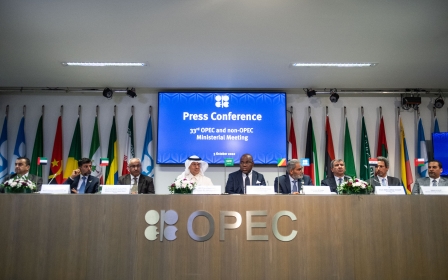 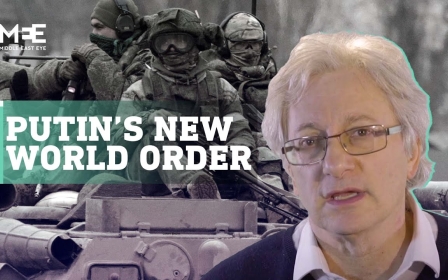