Is a new war with Hezbollah on the horizon? 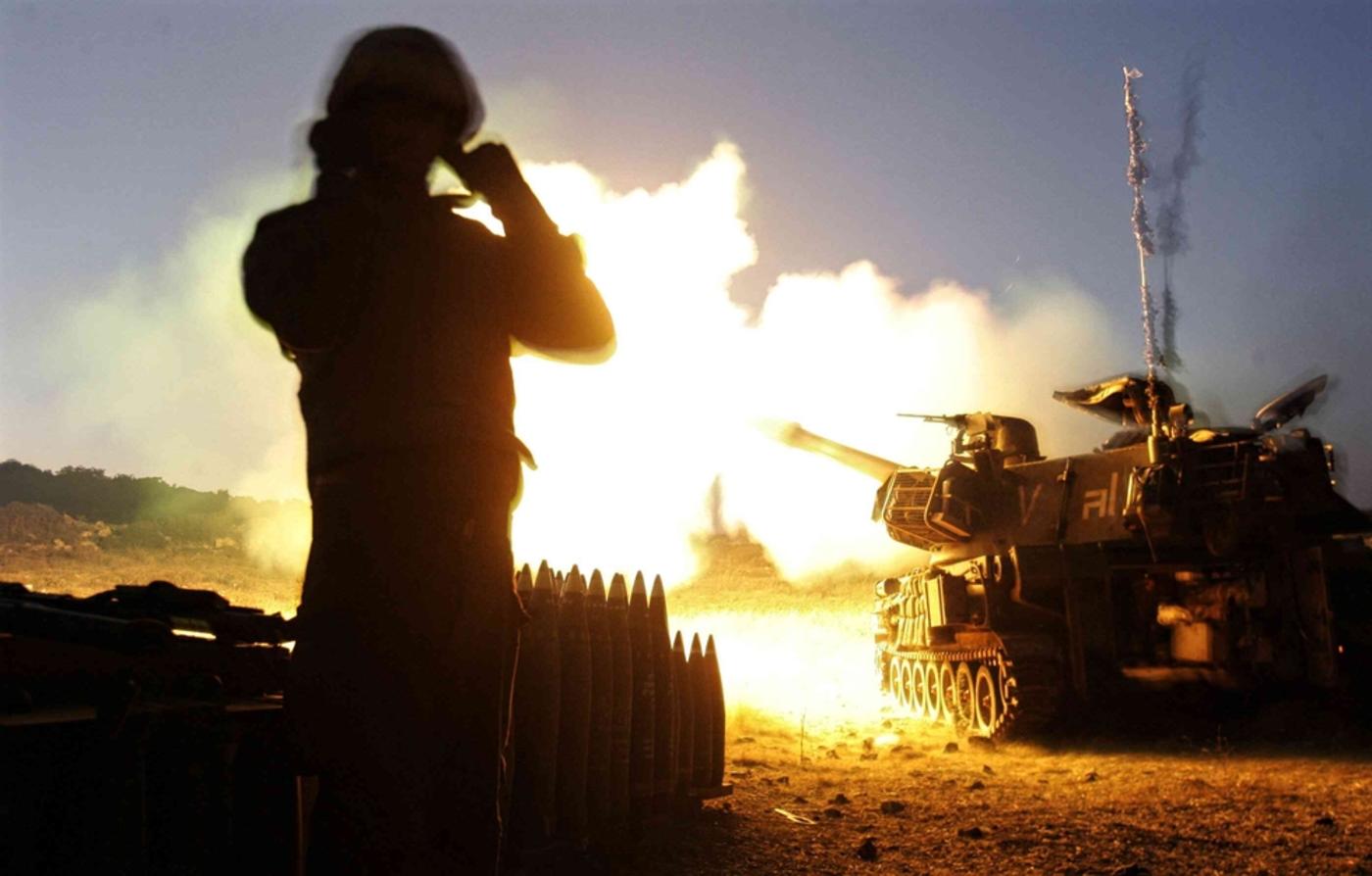 Donald Trump’s recent visit to Saudi Arabia and the signing of arms deals worth $110bn has been widely interpreted as sending an unmistakable message to Iran.

The massive arms sale has drawn a sharp rebuke from Iran, with the Iranian foreign ministry claiming it strengthens “dangerous terrorists” as well as intensifying “Iranophobia”.

Trump’s next stop on his Middle East tour was Israel, inevitably lending credence to speculations of a growing covert alliance between the House of Saud and the State of Israel.

These trips, coupled with recent aggressive US actions against Iranian-aligned assets in Syria, notably the air strike on a pro-Iranian convoy near al-Tanf, are clear indicators of a new belligerent US approach toward Iran.

The key question is whether this aggressive US attitude will embolden Israel and Saudi Arabia to undertake kinetic actions against Iranian interests in the region.

The focus of joint action, with possible US involvement, is likely to be Lebanese Hezbollah. But this is a course of action fraught with risks and unintended consequences, not least because of the possibility that Hezbollah will emerge stronger from the confrontation, as it did in the last major conflict back in the summer of 2006.

Will there be a Saudi-Israeli alliance?

Saudi Arabia has form when it comes to massive arms deals. In 1985 the kingdom signed a huge arms deal with the UK known as al-Yamamah. The deal unfolded over three decades (some of its clauses have yet to be fulfilled) and has netted BAE systems tens of billions of pounds.

Al-Yamamah failed to significantly improve Saudi Arabia’s defence capabilities, as evidenced by the kingdom’s total dependence on the United States and the UK to defend against potential Iraqi aggression in the wake of the latter’s invasion of Kuwait in August 1990.

This latest mega arms deal with the US is also unlikely to transform Saudi Arabia into a major military power. In terms of defence capability, the kingdom has deep structural and cultural issues which no amount of hardware or weapons can mitigate.

However, the arms deal is important psychologically as it makes the Saudis more confident in the escalating confrontation with Iran. By all accounts, the House of Saud is extremely fearful of Iran and the absorption of more military hardware can at least partially ameliorate that fear.

The psychological factor gains even more traction in view of the kingdom’s apparent inability to even minimally roll back regional Iranian influence. Even on its doorstep in Yemen, the Saudi-led military campaign against the Houthis and their allies is floundering.

More broadly, Saudi Arabia is struggling to form a regional anti-Iranian alliance. Apart from the United Arab Emirates and Bahrain, no other Gulf state is willing to stake out a strong anti-Iranian position.

The latest spat with Qatar over the Qatari emir’s apparent rebuke of Saudi Arabia and the US’s tough approach toward Iran is a good indicator of the Gulf states’ profound divisions on Iran.

In order to counter Iran more effectively, Saudi Arabia has little choice other than deepening its covert dealings with Israel to the point of formulating and implementing joint plans.

For their part, the Iranians seem to be predicting exactly this outcome. In its latest communique, the general staff of the Iranian armed forces allude to the Saudi-Israeli alliance by describing it in starkly religious terms as the re-emergence of the “Jahiliyah” (Days of Ignorance) period before the advent of Islam on the Arabian Peninsula.

The folly of war

Apart from the rapid deterioration of Saudi-Iranian ties, with reports emerging of death sentences imposed on 14 Shia youths from the Eastern Province, there are two more powerful indicators of potential conflict.

First, the aggressive US posture in Syria, as reflected in the cruise missile strike on the Shayrat air base in early April and more recently the air strike on the convoy near al-Tanf, has raised fears of a direct Iranian-US clash in Syria.

Second, the near-constant Israeli air strikes in Syria ostensibly to hit Hezbollah weapons depots or convoys is likely to, at some point, elicit a credible reaction from the Lebanese Shia group.

In so far as Hezbollah is viewed by the Saudis, Israelis and the Americans as the most effective Iranian tool in the region, it is likely to be the primary target in the three powers’ drive to contain Iranian strategic momentum.

The present Israeli policy in Syria appears to be centred on preventing the transfer of sophisticated hardware and weapons from Syria to Lebanon. Even if they are significantly stepped up, these Israeli air strikes may not even arrest Hezbollah’s momentum in multiple Syrian battlefields, let alone seriously harm the group at a strategic level.

In order to really hurt Hezbollah, the Israelis have to strike it in its Lebanese heartlands, but that course of action will almost certainly spark a major war, possibly bigger in scope than the last major conflict back in the summer of 2006.

The Hezbollah leader, Hassan Nasrallah, has already warned that the group will not observe any “red lines” in the next war with Israel, even suggesting Hezbollah could strike Israel’s nuclear facilities in Dimona.

In view of the prohibitively high cost, it is unlikely that Israel and the United States would intentionally start a major war with Hezbollah, which would not only set Lebanon aflame, but risks massive destabilisation across the region.

More realistically, the Israelis – with active input from the Americans and Saudis – are likely to embark on a subversion campaign designed to take out cutting edge Hezbollah capabilities as well as influential leaders. More bombings and assassinations in Syria and Lebanon is the Israelis preferred modus operandi.

But this strategy carries huge risks as well, with not only regional implications, but also potentially threatening global security, particularly in Europe. The last concerted Israeli subversion campaign (which took out the legendary Imad Mughniyah in Damascus) provoked a global Hezbollah response possibly culminating in the bombing of Israeli tourists in Burgas, Bulgaria.

In the final analysis, as Washington, Riyadh and Tel Aviv weigh up the costs and benefits of targeting Hezbollah, it is clear that any course of action carries huge risks and myriad unintended consequences. Moreover, as the war of 2006 and repeated Israeli subversion campaigns demonstrate, these efforts ironically end up strengthening Hezbollah.

Photo: Israeli soldiers stand next to a mobile artillery unit as it fires towards south Lebanon on 15 July 2006 (AFP) Inside Iran
Rouhani and Iran's foreign policy: Between a rock and a hard place
Maysam Behravesh Aviation
US may boost sanctions on Iran and block Boeing sale