Joseph Massad
The prospective pacts would serve Israeli and US aggression, neutralising even nominal political opposition among the signatories 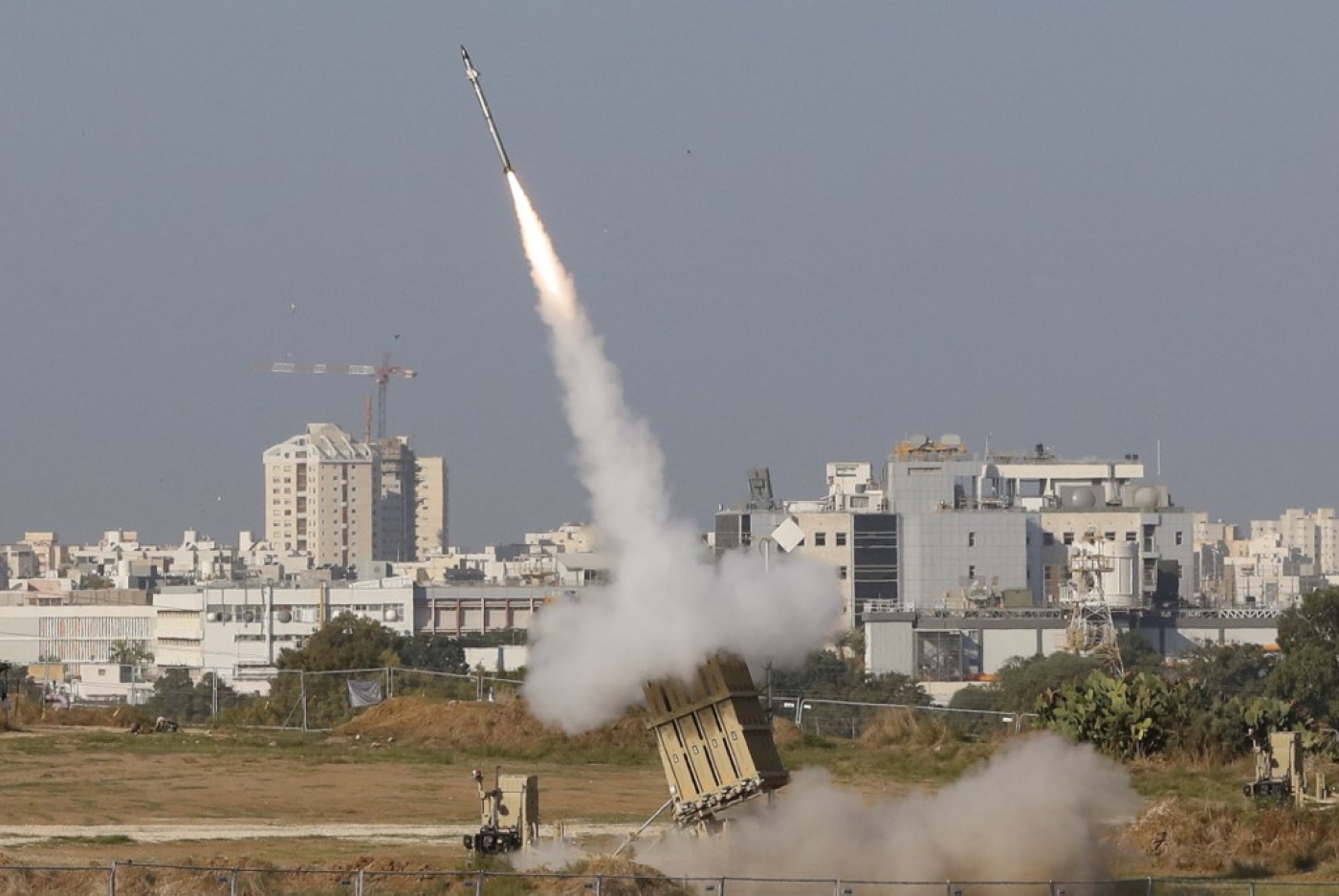 It was reported in early October that Israeli Foreign Minister Israel Katz was seeking “non-aggression” agreements with Gulf Arab countries as a prelude to possible future peace deals.

“Recently, I have been promoting, under the backing of the United States, a political initiative to sign ‘non-aggression agreements’ with the Arab Gulf states,” Katz wrote on Twitter. He had reportedly discussed the initiative with unnamed Arab foreign ministers and US President Donald Trump’s outgoing envoy, Jason Greenblatt, during the UN General Assembly meetings in September.

Progress seems to have been made over the last two months, so much so that an Israeli delegation arrived in Washington in early December to hold advanced talks on the issue.

The terms of a proposed agreement include “refraining from joining, paying or assisting a coalition, organization or alliance of a military or security nature, with a third party” and that “any disputes arising from the agreement shall be resolved through consultations”.

No stranger to aggression

Katz explained on Israel’s Army Radio that the Israeli delegation included representatives from the ministries of foreign affairs and justice, the National Security Council and the army. In line with this, Axios reported that the US deputy national security adviser, Victoria Coates, recently held talks with the ambassadors of Morocco, Oman, Bahrain and the United Arab Emirates on signing non-aggression pacts with Israel.

In the meantime, the Israeli government of Prime Minister Benjamin Netanyahu has been seeking a “mutual defence pact” with the US, despite the opposition of senior Israeli military officials, which would deter the targets of Israeli aggression from daring to retaliate and defend themselves.

Israel, as the main regional aggressor in the entire Middle East has since 1948 invaded and attacked more than half a dozen countries

Katz himself, like the Netanyahu-led government he serves, is no stranger to aggression. He has served in the military as a soldier and as an officer, as most Israeli high-ranking officials have done. He was suspended for a year by the Hebrew University of Jerusalem in 1981 for violent acts on campus that targeted Palestinians.

Katz has been a major supporter and fundraiser for the Jewish settler-colonies in the occupied West Bank and Golan Heights, and along with Netanyahu, he opposed former Prime Minister Ariel Sharon’s redeployment around Gaza in 2005 on the basis of its negative effects on Israeli Jewish colonisation plans.

Katz is also a proponent of full annexation of the occupied West Bank, and has called for Israel to eliminate the leaders of the peaceful boycott, divestment and sanctions (BDS) movement.

It is hardly coincidental that the language and concept of the “non-belligerence pacts” that Israel and the US are brokering harken back to the non-aggression pacts that were the order of the day earlier in the 20th century.

Non-aggression pacts between two or more countries were introduced after World War I, and saw their heyday in Europe in the 1930s. They have been rare since World War II, as countries have opted for wider alliances in larger bodies such as NATO or the Warsaw Pact.

Political scholars generally consider non-aggression pacts, in contrast to formal alliances, as leading to aggression by the stronger party against the weaker parties.

The most famous of such pacts was the 1938 Munich Agreement between Germany, Britain, France and Italy, which essentially served as an anti-Soviet alliance among the very same capitalist powers that had invaded revolutionary Russia in 1918, ultimately freeing Hitler to invade the Soviet Union in 1941.

The Munich Agreement’s immediate effect was allowing Hitler to annex the western Czechoslovak province of the Sudetenland, on the justification that the province included a majority population of around three million ethnic Germans, avoiding a military confrontation with France and Britain. Czechoslovakia, which relied on military assistance from France, had no choice, after France signed the agreement, but to acquiesce in Hitler’s annexation.

In the post-WWII world, apartheid South Africa, which, like Israel, was founded on racist laws and institutions, was territorially expansionist, and regularly aggressed against its neighbours, while seeking regional dominance.

In return, Mozambique pledged not to allow bases on its territory for the African National Congress fighting the apartheid regime. While neutralising Mozambique through the agreement, South Africa went on to violate it through numerous incursions into the country.

Like apartheid South Africa, Israel seeks regional dominance through overwhelming military superiority over its neighbours. Non-aggression pacts are part of that strategy. 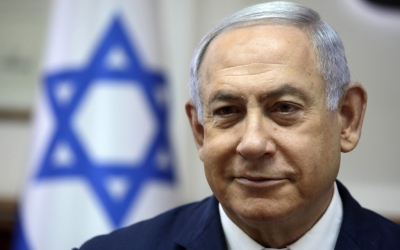 Israel, as the main regional aggressor in the entire Middle East - though the Americans have been the major aggressor overall, and the Saudis a subsidiary one - has since 1948 invaded and attacked more than half a dozen countries, including Egypt, Jordan, Syria, Lebanon, Iraq, Tunisia, Libya and Sudan.

It has also helped to suppress revolutions in Yemen, Algeria and Oman, and carried out operations in Morocco and the UAE. Israel remains the strongest party to any prospective regional non-aggression pacts.

Israeli conduct hardly deviates from the record of such pacts, ceasefire agreements or even peace treaties. Israel used the peace agreement it signed with Egypt in 1978 to free its forces to invade Lebanon in 1978, and again in 1982, without fear of engaging the neutralised Egyptian army.

Its peace agreements with the Palestine Liberation Organization (PLO) and Jordan in 1993 and 1994 facilitated the expansion of its settler-colonies in the 1967-occupied territories, including East Jerusalem, the Golan Heights and the West Bank - large swathes of which it currently seeks to annex - and led to the complete siege of Gaza.

Moreover, Israel has regularly violated every ceasefire agreement it signed with Arab countries and the PLO since 1949.

If historical precedent is any indication, and if Israel’s peace agreements with Arab countries and the PLO tell us anything, then the planned non-aggression pacts with the Gulf regimes and Morocco are a prelude for a new Israeli aggression - not only against its main target, Iran, the newly pronounced common enemy, but also against Lebanon, Syria, Iraq and the Palestinians.

That the militarily aggressive Katz and the Netanyahu government are seeking them is hardly ironic. The prospective pacts would serve not only Israeli aggression, but primarily that of the US, which, in neutralising even nominal political opposition among the signatories, could proceed along with the Israelis to invade Iran and to extend its military presence across the Arabian Peninsula.

More importantly for the Israelis, these pacts would facilitate their final annexation of the West Bank

Moreover, ongoing Israeli and US incursions into Syria and Iraq - Israel bombed the latter a few months ago - along with Israeli attacks on Lebanon, may lead to all-out invasions and re-invasions by the Israelis to serve their own interests, and those of their US sponsor.

More importantly for the Israelis, these pacts would facilitate their final annexation of the West Bank, terminating all previous deals with the collaborating Palestinian Authority - without a peep from the Arab signatories. 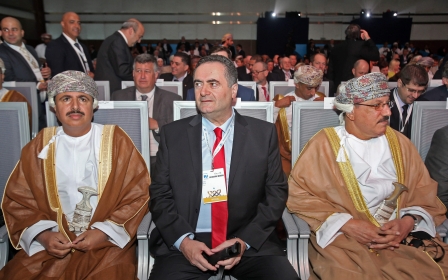 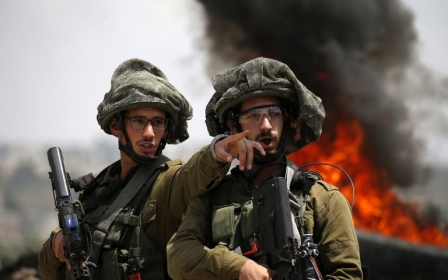 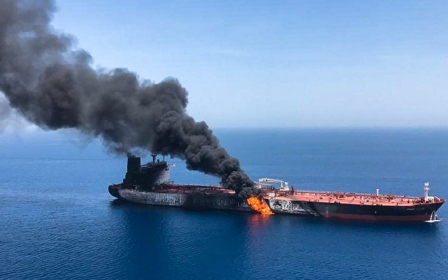