Nowhere to run: The case for Syria's safe zones 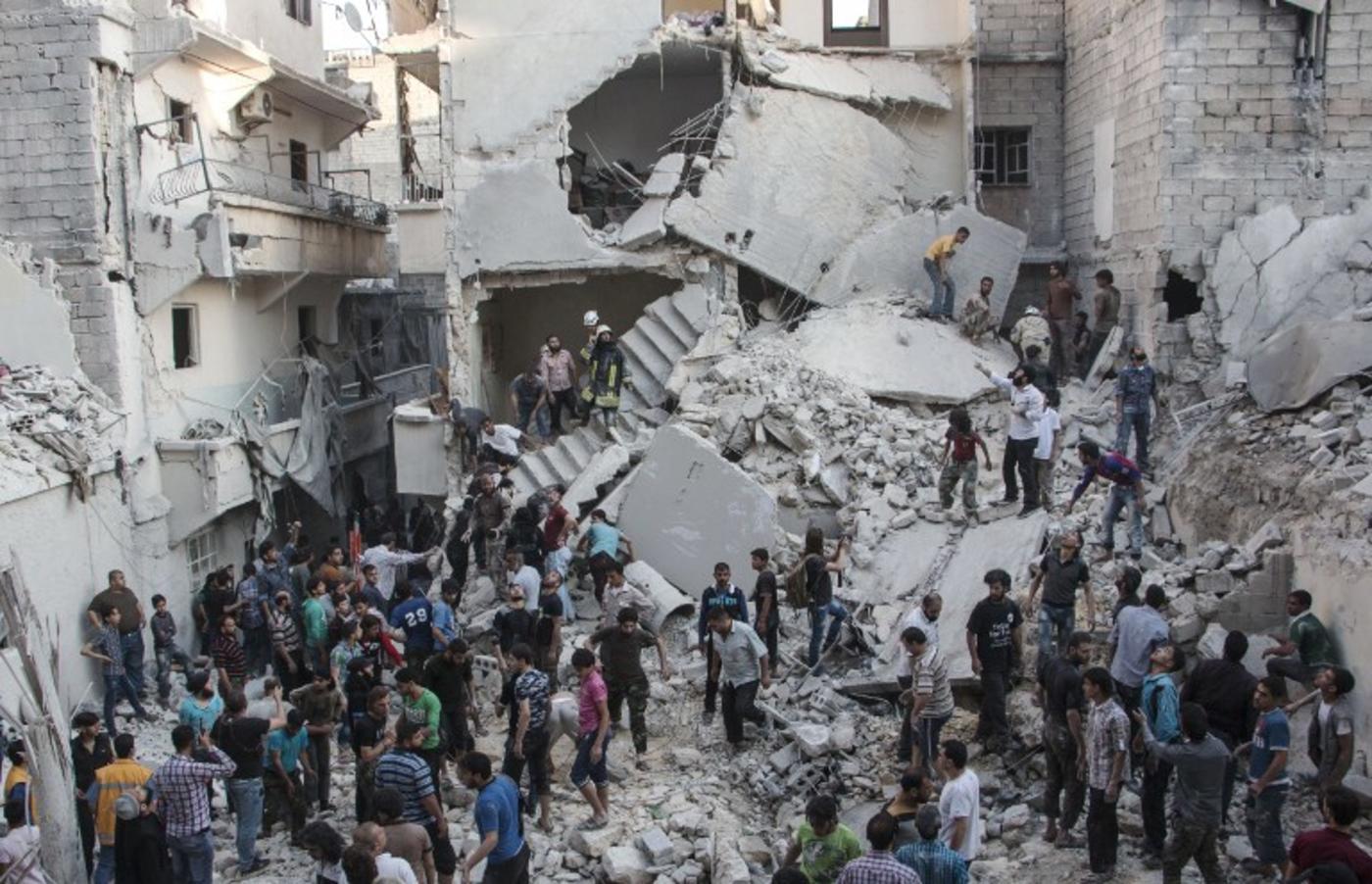 US President Donald Trump has recently revived discussion about implementing safe zones in Syria. “I'll absolutely do safe zones in Syria for the people,” Trump told ABC News on 25 January in his first TV interview since the inauguration.

The decision to establish a safe zone should not be made based on how difficult or easy it is, but on whether it will help to protect civilians or not

In the coming days, according to a document seen by Reuters, Trump is expected to order the Pentagon and the State Department to come up with a plan for how the US could create such no-fly zones – where civilians are protected from indiscriminate aerial attacks - in Syria and nearby countries.

Establishing a safe zone was ultimately not included in the final version of the executive order released on 27 January. However, Trump seems adamant about advancing this issue.

This proposal raises many questions. With so many high risks involved and resources needed, how can a safe zone possibly be implemented? Given Trump’s aim of using the zones to control the flow of refugees, would Syrians be forced back prematurely to dangerous conditions at home?

No place to run

For years, in the absence of a political solution to the conflict, Syrians have called for a safe zone to protect themselves. The use of air power has been Assad’s trump card, further bolstered after Russia’s intervention in September 2015.

The systematic use of collective punishment tactics against civilians in rebel-held areas - including deliberate attacks on hospital and schools – had made it impossible to find a safe place, even in the most remote areas.

READ: From St Petersburg to Astana: The Russian-Turkish accord has run its course

The need for a safe zone has increased dramatically since early 2015 as Syria’s neighbouring countries have made it nearly impossible for the majority of Syrians to seek protection outside the country.

The US and other NATO members, however, have consistently shot down such demands which require a big commitment of of resources, military personnel and money.

The Pentagon has estimated that it will take between 15,000 and 30,000 US troops to secure a safe zone which would cost $1bn each month.

Given the dynamics in Syria, the safe zone would need to protect civilians from both aerial attacks (by the Syrian regime and Russia) and ground attacks (by pro-regime forces and extremist groups).

The US and NATO fear that the required military operations could lead to direct conflict with Russia.

These profound concerns, however, do not take into consideration the recent developments, locally and internationally, which show clear signs that de-facto safe zones are now being carved out in Syria.

Having local or regional troops already in the field, policing and protecting those areas, will minimise the need for US boots on the ground

The ongoing Turkish-led Euphrates Shield’s operation against the Islamic State (IS) in Syria aims to send Turkish troops 45 kilometres into the country to secure the Turkish border and create a de-facto safe zone. This operation has established facts on the ground which makes it easier for the US to create a safe zone in Syria.

Turkey’s offensive inside Syria was preceded by a rapprochement with Russia, after an eight-month rift triggered by Turkey’s downing of a Russian fighter jet in late 2015. As a result of the rekindling of ties, the areas now held by the Turkish-led coalition remained safe from aerial attacks against civilians.

Although these coalition forces were attacked twice, two of the attacks were against fighters in the battle field, one of them was attributed to an unidentified actor. Additionally, Turkey is commencing plans to provide public services and humanitarian aid in recently captured areas and facilitate the voluntary return of Syrian refugees.

The Kurdish-led Syrian Democratic Forces (SDF), backed by the US-led coalition to fight IS in Syria, also have been able to carve out a de facto safe zone in the territories they control.

Despite profound differences, the coordination of convenience between the Syrian government and Kurdish forces has largely spared Kurdish areas from being attacked by the regime, leaving SDF forces to secure and govern their areas which are now safer than others.

The de-facto safe zones in Syria provide the US with an opportunity to implement its proposal on the cheap but they also pose risks as well.

Having local or regional troops already in the field, policing and protecting those areas, will significantly minimise the need for US boots on the ground. The political agreements in place between these actors and the Syrian regime or its allies to cease hostile aerial attacks would also reduce the need for the US to militarily impose a no-bombing zone.

Trump’s administration can instead reach that politically by formalising the secret or unspoken agreement between these actors in order to guarantee civilian safety.

During a phone call with Trump last week, Saudi Arabia supported the US-proposed safe zone plan. Other European countries, namely Germany, showed more support for this demand as a result of the flow of Syrian refugees to Europe. The US could, therefore, share the financial burden of such a proposal with other countries in favour of it.

The US will still have to make some tough decisions to implement this concept, but making them should give a better idea of the risks that accompany the proposal.

The US will have to address the conflict between the warring Turkish and Kurdish forces currently implementing Syria’s de facto safe-zones before announcing either or both of the areas as safe zones. Failing to overcome this tension will only exacerbate the conflict and hinder the creation of a safe zone.

No trade with regime

The US, however, should not try to trade a safe zone in exchange for legitimising the Syrian regime. Such an action will further hinder reaching a widely accepted political settlement to Syria’s conflict.

Trump’s administration could, however, benefit from Russia’s ambition to become a peace broker in Syria and its desire to have good relations with Trump in order to ensure the safety of the designated zone without making fundamental compromises.

READ: Trump and Putin: Deal or no deal?

Syrians for years have been calling for any measure to protect them from being brutally slaughtered indiscriminately by air strikes and other unconventional weapons. The proposed safe zone should not add to their agonies by using it as a pretext to deport Syrians back into Syria.

A decision to establish a safe zone in Syria, therefore, should not be made based on how difficult or easy it is, but rather on whether it will help to protect civilians or not.

Photo: People gather at the scene after Syrian government forces allegedly dropped barrel bombs on the northern Syrian city of Aleppo, on 30 May 2015 (AFP)