Oman: Still playing both sides in the regional powder keg

Joe Gill
The fate of Mohammed Bin Salman is of great importance to Saudi Arabia's neighbour Oman, which has just signed a new mutual defence pact with Britain. What does it have to fear? 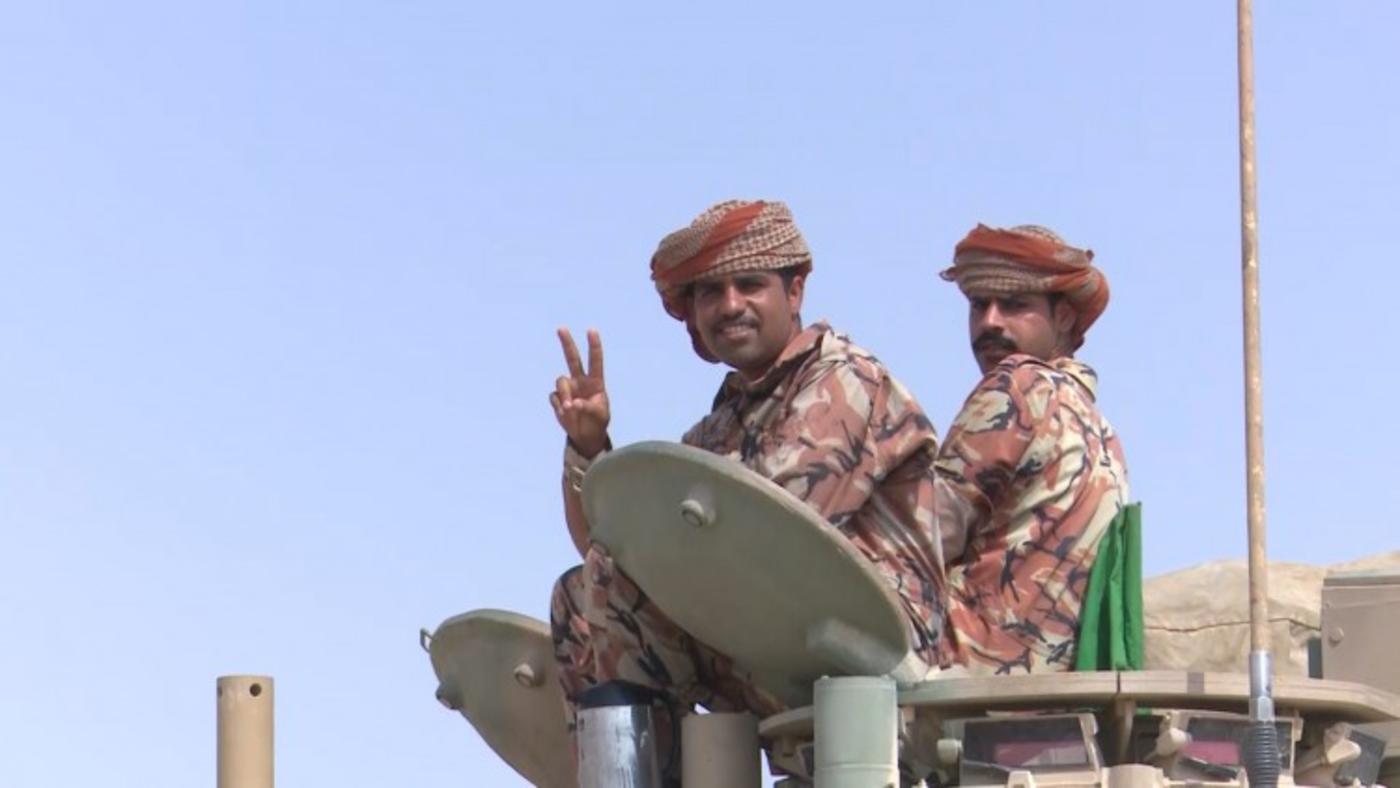 At Oman’s national day celebration this Wednesday in London, the question on many lips was what will happen in Saudi Arabia following the murder of Jamal Khashoggi.

The killing of the Saudi journalist in Istanbul last month by a Saudi death squad has created a political firestorm in Washington, but its impact is also being felt among Saudi Arabia's neighbours, including Oman.

US President Donald Trump has stuck by Crown Prince Mohammed bin Salman even while admitting he may have had a hand in the crime. That has gone down badly among many US politicians, who have called for the crown prince to be sanctioned for his role in the killing.

Even with Trump’s backing, it is still possible that MBS is too toxic and will be moved aside and another crown prince appointed, some say. One candidate is Prince Ahmad bin Abdulaziz, brother of King Salman, who flew back to Saudi Arabia last month.

A Middle East writer with long personal connections to the to the al-Saud family insisted at the Omani celebrations that Prince Ahmad has the support of many senior members of the royal family, and is preferred to the now damaged crown prince. He could be anointed the successor to King Salman after the sitting monarch’s death, or Salman could be moved aside due to his incapacitation, the writer told Middle East Eye.

A great deal hangs on the Trump-MBS relationship. The question one senior Omani wanted answered was whether London had offered guarantees to Prince Ahmad. Since his return to Saudi Arabia from London, he appears to be free, unlike many senior Saudis who have been detained by the crown prince for showing insufficient loyalty.

As brother of the king and a son of the state founder Abdulaziz Ibn Saud, Ahmad, as MEE’s David Hearst has written, has more protection than most.

Oman has carved out a place as the one Arab state that has cordial relations with all countries in the region. This was reflected in the wide attendance of Arab diplomats at Oman’s event, with a few exceptions. As one observer noted: ”The ambassador of UAE, Sulaiman Almazroui, was present. The Qatari ambassador attended. But I didn’t notice any Saudi official.”

As one Omani official reminded me, Muscat sits in the middle of a powder keg. The threats it faces are proximate. With a war next door in Yemen and its friendship with Tehran sorely tested by Donald Trump’s withdrawal from the nuclear deal signed by world powers and the previous Obama administration, Oman has a right to feel nervous.

Saudi troops have been deployed along Yemen’s border with Oman over the last 12 months, despite the fact that the al-Mahrah region is far from the fighting that is concentrated in Yemen’s Red Sea coastal regions. Given the historic tensions between Oman and its Gulf neighbours – with territorial disputes dating back many decades - and the siege of Qatar imposed by Riyadh and Abu Dhabi, Oman finds itself in a difficult position.

As one Omani official reminded me, Muscat sits in the middle of a powder keg. The threats it faces are proximate

Then on 2 November, Muscat signed a new defence pact with London, its old ally and former colonial power. This is to create a “stronger umbrella”, says Oman’s ambassador, reinforcing a military alliance that goes back to the days of the British empire.

Perhaps the new defence agreement with the UK will provide that extra umbrella against any moves of the like Qatar suffered in June 2017 when a blockade was imposed by Riyadh, Abu Dhabi and allies.

Oman did not join in the Qatar blockade and has been the only member of the Gulf Cooperation Council not to take part in the Saudi-led war in Yemen. Oman has cordial relations with the Houthi movement, at times hosting its leaders, and was also friendly with late president Ali Abdullah Saleh.

But politics in the region has moved rapidly since the ascension of MBS and Trump, and the burgeoning Gulf relationship with Israel.

Oman has been in the news since the surprise visit of the Israeli prime minister last month and the statement by the minister of foreign affairs, Yusuf bin Alawi bin Abdullah, that "Israel is one of the countries in the region… Maybe it is time that Israel had the same privileges and duties as other countries." A handful of pro-Palestinian activists protested the visit in Oman on social media, and two were arrested.

Omani officials say the visit of Benjamin Netanyahu was planned months in advanced between Israel and Oman. Many puzzled as to why it happened at this inauspicious time, with recurrent Israeli attacks on Gaza, settlement expansion and a prime minister who has said there will never be a Palestinian state.

The Omanis insist that it was not pressure from the United States that brought about this meeting. Abu Mazen (Mahmoud Abbas, the Palestinian president) was invited beforehand and the hope was to open a door to dialogue, a senior Omani tells MEE.

But the warming of ties between Israel and Gulf states appears to be entirely uncoupled to events in Israel and Palestine. As proof of this, the new Palestinian ambassador to London, Husam Zomlot, was at the Oman national day celebration. Zumlot was ejected from the United States by a truculent pro-Israel US administration, furious at the temerity of the Palestinians in rejecting Trump's “deal of the century” and his unilateral decision to move the US embassy in Israel to Jerusalem.

It seems unlikely in current circumstances that the role Oman played in the build-up to the Iran nuclear deal will this time bear fruit in bringing peace and statehood to the Palestinians. Instead, it favours Israel’s ever bolder push for recognition and business ties with the Gulf states while its occupation goes unimpeded.

- Joe Gill has lived and worked as a journalist in Oman, London, Venezuela and the US, for newspapers including Financial Times, Brand Republic, Morning Star and Middle East Eye. His Masters was in Politics of the World Economy at the London School of Economics. He is chief subeditor of MEE. Inside Yemen
Yemen's Houthis 'disappointed' by Netanyahu's visit to Oman