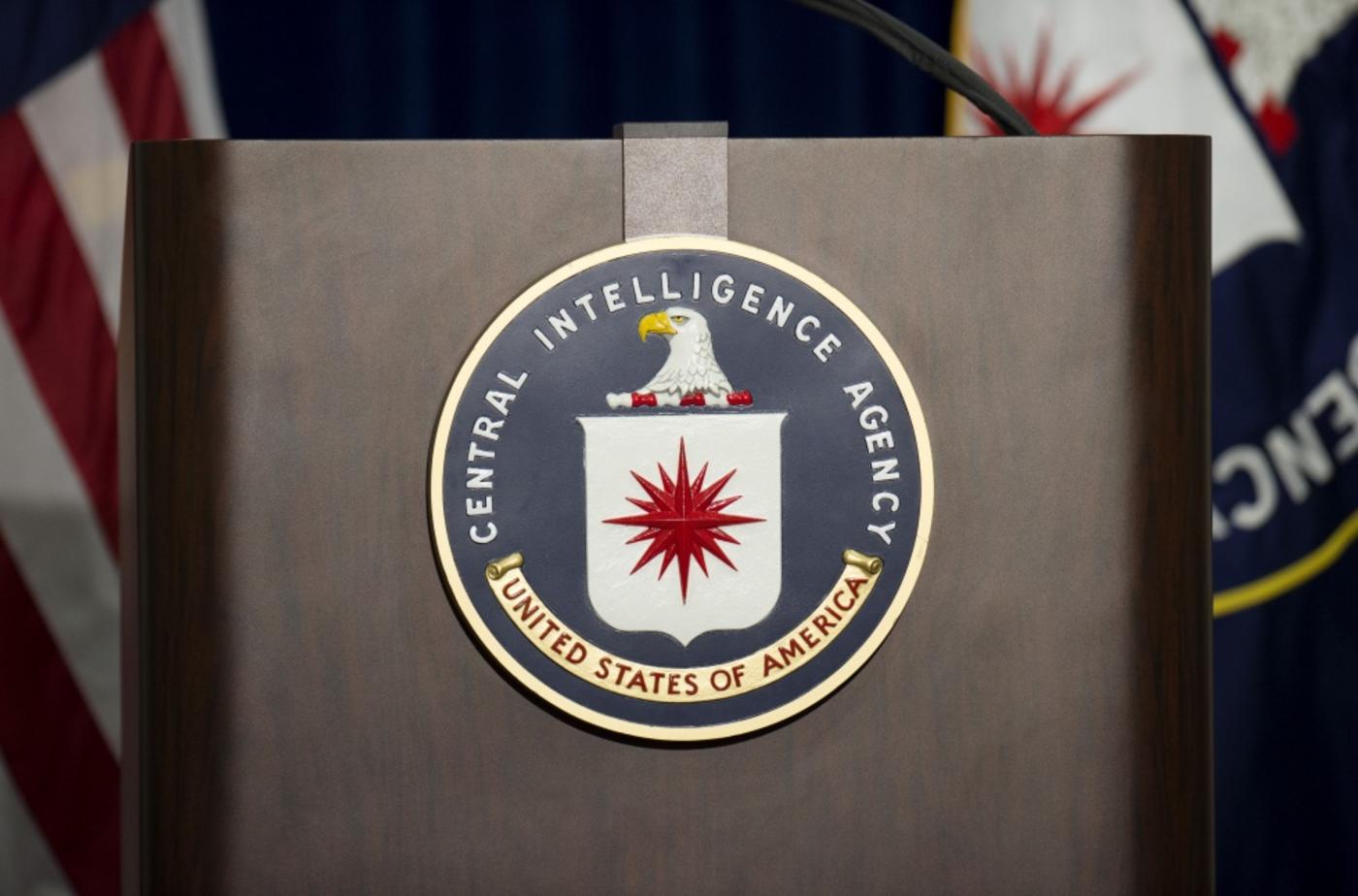 The jury is still out in the trial of former CIA officer Jeffrey Sterling for allegedly having leaked the story of “Operation Merlin” - the covert CIA effort to lure Iran into working on phony plans for a key component of a nuclear weapon - to New York Times reporter James Risen.

But “Operation Merlin” itself was also on trial. The CIA was hoping that testimony by prosecution witnesses and a series of declassified CIA cables introduced as evidence would show that Risen’s account was wrong in recounting that the CIA’s human asset “Merlin” had immediately spotted a flaw in the plans to be turned over to Iran that Iranian engineers might be able to spot as well.

The cables reporting the incident and “Merlin’s” testimony both indicate that what “Merlin” saw was not a flaw in the schematics of the device, but a discrepancy between the schematics and the parts list accompanying it that would cause the Iranians to doubt the asset’s cover story.

But the evidence also reveals a larger story of a half-baked operation dreamed up by weapons specialists and managers who were ignorant of the most basic facts about the Iranians and their nuclear programme. They created a cover story or “legend” for the Russian émigré scientist “asset” now known as “Merlin” that was so questionable that he never believed the Iranians would fall for it.

The exercise was pointless, moreover. The CIA did not claim that Iran had a nuclear weapons programme when the planning of the operation began in 1996, and continued to offer no firm conclusion about Iran’s nuclear intentions through 1998.

Only in mid-1999, when the CIA needed to justify the operation to get White House approval for it, did it insert one reference to “Iran’s nuclear weapons research and development programme” into its regular half-yearly intelligence assessment of Iran’s WMD policy for the first time.

The cables show that sometime in 1996, the CIA’s Counter-Proliferation Division (CPD) came up with the idea of getting experts at a national laboratory to design a key part in a nuclear explosive device called a “fireset” or “firing set”, among other terms, that was so seriously flawed that it could not be made to work. The device would then be dangled in front of Iran, in the belief that the Iranians would snap it up and expend huge amounts of time, money and manpower to try to get it work.

In September 1996, the CPD started looking for a Russian émigré nuclear weapons specialist “asset” who knew about “fireset” technology. As a result, CPD recruited a former senior Russian engineer identified in redacted CIA documents and testimony at the trial only as “Merlin”.

During 1997 and 1998, while the false set of plans for the “fireset” was being created by experts at one of the national laboratories, “Merlin” was busy writing e-mails and letters to organisations and individuals in Iran who might have some interest in the subject. He was signing his own name and identifying himself as having worked at the Soviet Arzamas 16 nuclear weapons laboratory.

That remarkable feature of the operation reveals the hypocrisy of the prosecution argument, presented by former national security adviser and Secretary of State Condoleezza Rice, among others, that the exposure of the operation endangered the life of the asset.

At a meeting in San Francisco in November 1998, Merlin was introduced to the schematics of the "fireset" and the parts list to accompany it for the first time.

The secret hovering over the meeting was that Merlin’s case officers, including Jeffrey Sterllng, were “steering him away from any notion that the design is flawed,” as they were instructed to, according to a 28 May, 1997 CIA cable. Thus the CPD was seeking to deceive both the “target” and the “asset”.

The deception began to fall apart immediately. Last week Merlin, hidden from journalists in the courtroom by a high screen, testified on video that when he saw the schematics and the parts list for the fireset, he told the operation’s manager and two control officers that the most important parts were missing from the schematics. In one of the three interviews Merlin had with the FBI, he was more emphatic. “It’s fake. It will not work. Some parts are missing,” he recalled telling his CIA handlers, according to the FBI report read by defence counsel.

The “case officers” assured Merlin that the omission was “on purpose,” in keeping with the “incompleteness” of the fireset plans, according to the CIA cable reporting the meeting.  Merlin was told to acknowledge the omission and to explain it as part of what the Iranians would get once they paid for the package.

What they did not tell Merlin, however, was that they had not realised that such a discrepancy had existed until he spotted it, and that they found out upon further inquiry that the original Russian émigré scientist who had worked on the falsified device did not even know how to make the missing parts.

Merlin was also disturbed to find that the parts list was in English - obviously an odd choice for a former senior Russian engineer whose collaborators were all supposed to be former Soviet engineers as well. “I told them I preferred to see the parts list in Russian,” he testified.

Merlin continued to express concerns about the credibility of his “legend” and his own personal security. He complained about the resume he had cooked up, which claimed scientific experience at Arzanas 16 that the Iranians could easily learn was untrue if they checked. Sterling dismissed the danger, making the wholly unconvincing argument that once the Iranians realised that he was offering a business deal involving nuclear weapons, they would feel no need for an extensive investigation,” according to a 4 February, 1999 cable.

But Merlin continued to fret about Iranian scrutiny. He began refusing to use his real name in letters and e-mails. In February 1999, he fretted that some of the emails he had gotten back from his many attempts to make contact with someone who might be connected with nuclear matters may have come from Iranian intelligence. Merlin informed his handlers that he had twice gotten error messages telling him that intrusions had been detected on his Hotmail account. He even raised the possibility that the Iranians could track him through his emails to his residence.

In January 2000, Merlin threatened to quit the project altogether, and walked out of a meeting in February to go over the details of the trip to Vienna he was to take shortly to deliver the plans to the Iranian mission to the International Atomic Energy Agency (IAEA). When his handlers suggested that he was afraid of having to meet the Iranians, he did not disagree.

Merlin’s account of the operation after his trip to Vienna in early March 2000 makes it clear that he contrived to avoid any encounter with an Iranian official. He claimed he couldn’t find the Iranian mission to the IAEA, although he had the address and directions. He said that when he finally found the office the following day he didn’t have the package with him, and that when he returned later that day and the following day, the office was closed. That was his explanation for simply dropping his package in the Iranian mission’s mail slot instead of handing it over to an Iranian official as planned.

CPD’s managers nevertheless declared the operation an initial success. In early May, CPD wrote in cable with the titled, “Iranians Take the Initial Bait” that the Iranian mission had couriered the package to Iran rather than tossing it in the trash, adding, “We are off to a good start.”

Meanwhile, CPD officials were already thinking of using Merlin as bait for at least one other country, according to a CIA cable on 5 April, 2000. They somehow managed to keep the operation running until 2003, according to testimony at the trial, despite the lack of any Iranian response.

The operation was bumbling and pointless, but the CPD believed that it was good for its business, expanding the range of its services and putting it on the front lines of central national security issues. “Operation Merlin” provides a dramatic illustration of how a bureaucracy serves its own institutional interests by pushing its pet programme or operation in the name of national security.