Palestine is now the birthright of Trump's grandchildren rather than mine

Rima Najjar
Israel’s law of return grants citizenship to Jews from anywhere in the world, while denying it to Palestinians with a history of residency in the country 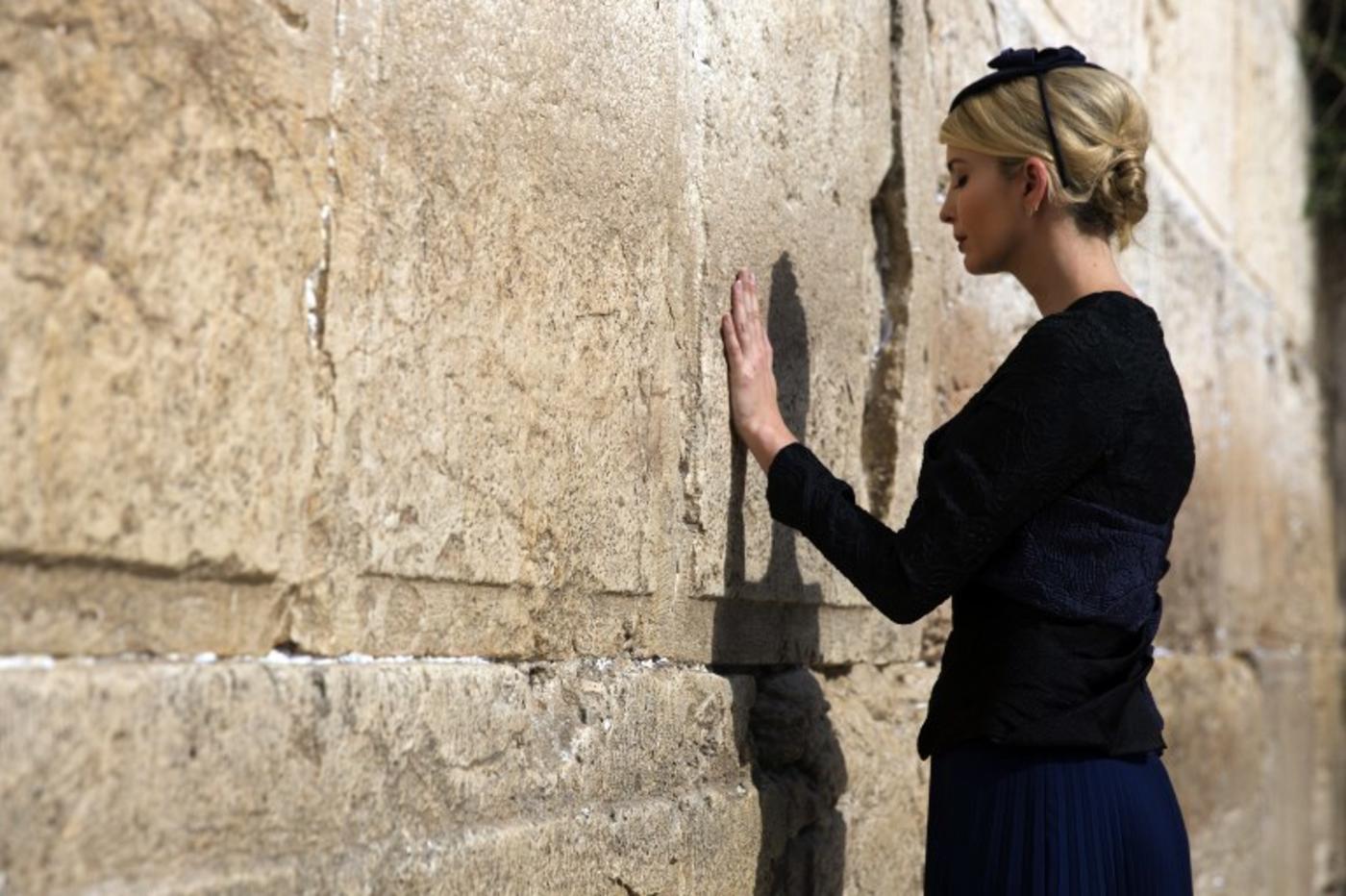 Palestine is now the birthright of US President Donald Trump's grandchildren, according to Israeli law.

His daughter, Ivanka Trump, converted to Judaism to marry her Jewish husband, Jared Kushner. Under Israel's Law of Return, the state provides citizenship to Jews - both those born to Jewish mothers or those who have converted - from anywhere in the world, while denying citizenship to Palestinians with a documented history of residency in the country.

If my daughter-in-law had happened to be Jewish, only then would my grandchildren be able to see their birthright actualised. But she isn’t.

The claim Israel makes for Ivanka Trump, her husband and their children is "trumped up". On Quora, "a question and answer site where questions are asked, answered, edited, and organised by its community of users", I said exactly that in answer to a question from my brother on whether, given Israel's Law of Return, Palestine was now the birthright of Trump's grandchildren.

However, the question was deemed to be insincere by Quora moderators and stopped in its tracks with the following memo: "This question's wording makes it seem like a joke, or intended rhetorically to make a statement, rather than looking for helpful answers. It should be rewritten to be a neutral, non-leading question."

But for Palestinians, there couldn't be a more serious and sincere question. In fact, it is so sincere, I tweeted it in anguish to Donald Trump.

.@realDonaldTrump, sincere question. Does it make sense to you that your grandchildren rather than mine now have a "birthright" in #Palestine according to #Israel's laws? Looking for real estate there? My grandfather's house is already occupied by #Jewshttps://t.co/SoIWogocsG pic.twitter.com/4A53WBTr1T

The last part of my Tweet references rumours I heard on social media about Ivanka Trump and her husband looking for a house in Jerusalem. My paternal great-grandfather's house in Lifta is still standing and occupied by Israeli Jewish residents. On my mother's side, the al-Madi family guest house in Ijzim, one of the few homes that was not destroyed, is now a hotel in Israeli hands, its history falsified in an advertisement.

At the same time, Kushner reportedly has suspicious real estate connections in Israel; during his short time in the US government, his family’s real estate company received an investment nearing $30m from Menora Mivtachim, one of Israel’s largest insurers.

There is a long history of legally sanctioned Zionist land and housing seizure in Palestine, from land laws and colonisation policies, to annexation and confiscation of Palestinian Arab land and property in East Jerusalem and the occupied West Bank.

I hope the day will come soon when Israel’s racist agenda, so apparent in its Law of Return and other laws and doctrines related to Palestinian Arab land and property, will be eliminated through the revision of its Basic Law.

Israel’s Law of Return of 1950, which was amended in 1970, enshrines descent as centrally important to Jewish identity and spearheads Israel's mission to "in-gather" Jews from around the world and grant them immediate citizenship.

Under Israeli law, Palestinians not only fail to obtain such collective rights, but their very dispossession is officially unrecognised and unmourned. In 2011, the Knesset passed a law "declaring that any institution that receives public funds can be financially penalized if it mourns the Nakba on the same day as [Israel’s so-called] Independence Day".

The concern of Israel’s apartheid regime is that Palestinian citizens of Israel, who participate in its government, could eliminate its apartheid policies by revising the Basic Law and other key legislation, such as the Law of Return. As long as they are kept in the minority, this will not be possible.

The courage of Palestinians in Gaza

Justice for Palestine matters. Palestinians in Gaza, courageous and steadfast beyond belief, have recently peacefully demonstrated for their legitimate right of return, in accordance with UN Resolution 194. The initiative is called the Great March of Return. More than 70 percent of Gaza’s population comprises Palestinian refugees, meaning that they or their grandparents were expelled from their Palestinian towns, villages and cities, now across the border in Israel.

As we prepare to mark the 70th year of the forcible partitioning of Palestine, the question of maps, borders, sovereignty and, indeed, legitimacy regarding Israel are more urgent and louder than ever

Once Israel established itself as a Jewish state in Palestine in 1948, it confiscated Palestinian land and property and simply handed it over to immigrant Jews.

The indomitable courage, defiance and dignity of Palestinians in Gaza is legendary, whether they choose armed struggle or peaceful protest. They have steadfastly refused to resign themselves to their dispossession generation after generation, and they are still standing firm - as the Great March of Return demonstrates - even on amputated legs.

The hope is that all Palestinian refugees and exiles will soon be allowed to return to their homeland, and that the searing pain of the rape of Palestine will begin to heal.

Cracks in the Zionist logic

Israel goes to a lot of trouble to keep its Jewish demographic majority, but there are cracks in its Zionist logic of taking over historic Palestine.

On the one hand, it blithely ignores (in its textbook maps as well as settlement policies) the Green Line, the 1949 Armistice border setting out the partitioning of historic Palestine.

On the other hand, what that means in practice - short of a genocidal campaign against Palestinians - is a steady march towards one state with an inevitable Palestinian majority. Once the "one person, one vote" doctrine is implemented in the land "from the river to the sea" that is now under Israel’s control, its Jewish supremacist agenda will quickly be eliminated.

This video shows displaced Palestinians from Lifta who live in the vicinity of the destroyed village, dancing the dabka and picnicking among the ruins in anticipation of return.

These people, not Ivanka Trump and her family, have a birthright to Palestine. As we prepare to mark the 70th year of the forcible partitioning of Palestine, the question of maps, borders, sovereignty and, indeed, legitimacy regarding Israel are more urgent and louder than ever.

- Rima Najjar is a Palestinian whose father's side of the family comes from the forcibly depopulated village of Lifta on the western outskirts of Jerusalem. She is an activist, researcher and retired professor of English literature, Al-Quds University, occupied West Bank.

Photo: Ivanka Trump, the daughter of US President Donald Trump, prays at the Western Wall in Jerusalem’s Old City on 22 May 2017 (AFP) 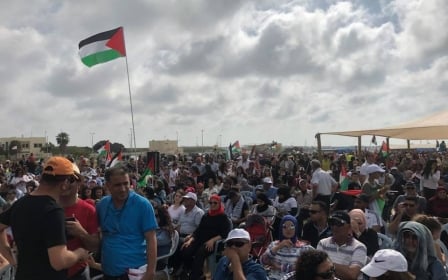 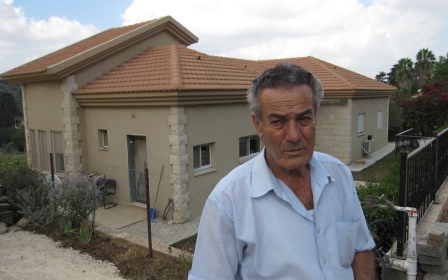