Palestine’s dilemma: to go or not to go to the ICC 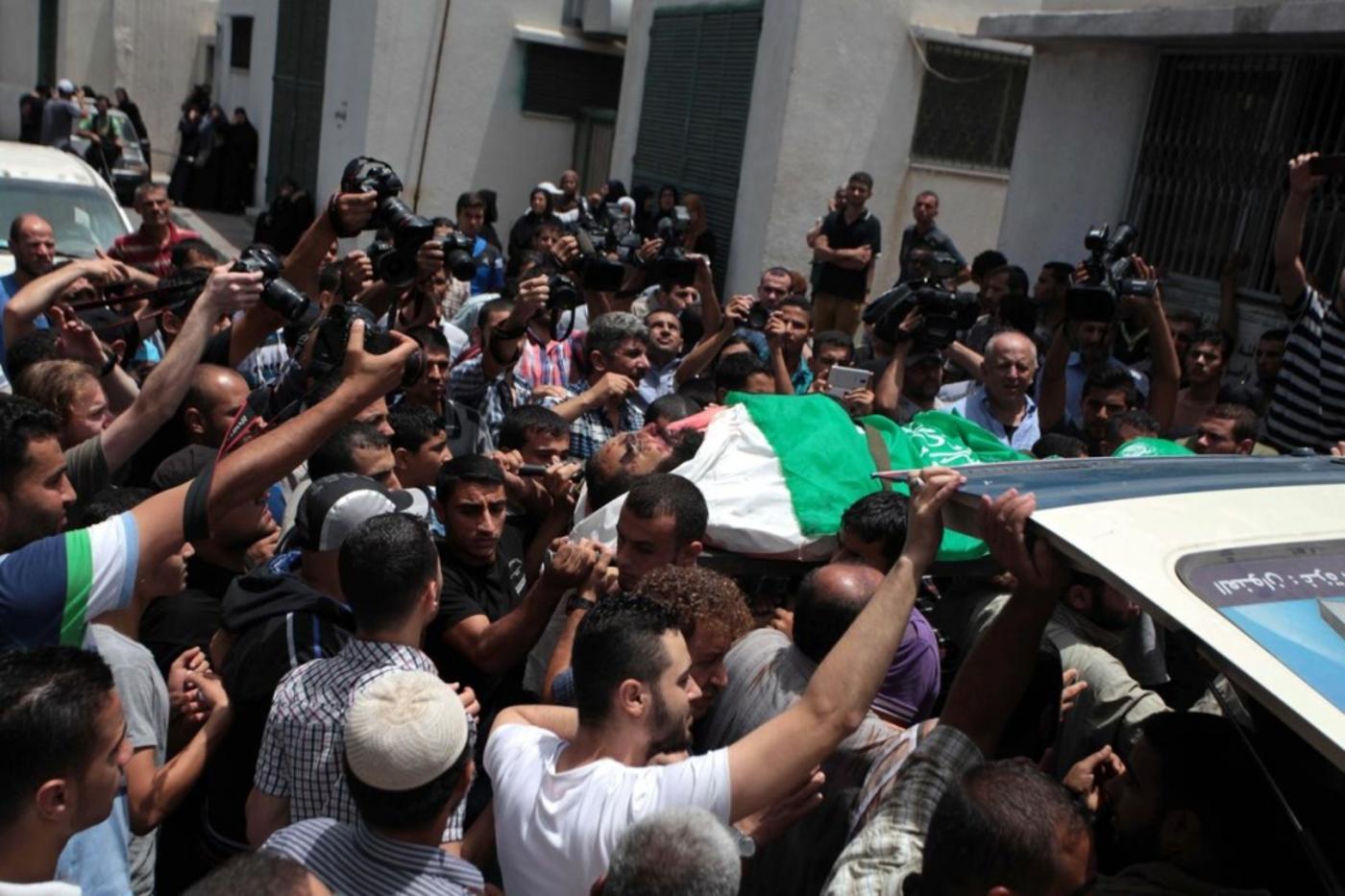 Ever since this latest Israeli major military operation against Gaza started on 8 July, there have been frequent suggestions that Israel is guilty of war crimes, and that Palestine should do its best to activate the International Criminal Court (ICC) on its behalf.

The evidence overwhelmingly supports basic Palestinian allegations: Israel is guilty either of aggression in violation of the UN Charter or is in flagrant violation of its obligations as the Occupying Power under the Geneva Convention to protect the civilian population of an Occupied People; Israel seems guilty of using excessive and disproportionate force against a defenceless society in the Gaza Strip; and Israel, among an array of other offences, seems guilty of committing Crimes Against Humanity in the form of imposing an apartheid regime in the West Bank and through the transfer of population to an occupied territory as it has proceeded with its massive settlement project.

Considering this background of apparent Israeli criminality, it would seem a no brainer for the Palestinian Authority to seek the help of the ICC in waging its struggle to win over world public opinion to their struggle. After all, the Palestinians are without military or diplomatic capabilities to oppose Israel, and on law and global solidarity must rest their hopes for eventually realising their rights, particularly the right of self-determination.

Such reasoning is reinforced by the 8 May letter sent by 17 respected human rights NGOs to President Mahmoud Abbas urging Palestine to become a member of the ICC, and act to end Israel’s impunity. This was not a grandstanding gesture dreamed up on the irresponsible political margins of society. Among the signatories were such human rights stalwarts as Human Rights Watch, Amnesty International, Al Haq, and the International Commission of Jurists, entities known for their prudence.

Adding further credence to the idea that the ICC option should be explored was the intense opposition by Israel and the United States, ominously threatening the PA with dire consequences if it tried to join the ICC, much less to seek justice through its activation. The American ambassador to the UN, Samantha Power, herself long ago prominent as a human rights advocate, revealed Washington’s nervous hand when she confessed that the ICC “is something that really poses a profound threat to Israel.”

I am not sure that Power would like to live with the idea that because Israel is so vulnerable to mounting a legal challenge that its impunity must be upheld whatever the embarrassment of doing so. France and Germany have been more circumspect, saying absurdly that recourse to the ICC by Palestine should be avoided because it would disrupt ‘the final status negotiations,’ as if there have ever been any of value, a chimera if there ever was one.

In a better world, the PA would not hesitate to invoke the authority of the ICC, but in the world as it is, the decision is not so simple. To begin with, is the question of access, which is limited to states. Back in 2009, the PA tried to adhere to the Rome Statute, which is the treaty governing the ICC, and was rebuffed by the prosecutor who turned the issue over to the Security Council, claiming a lack of authority to determine whether the PA represented a ‘state.’

Subsequently, on 29 November the UN General Assembly overwhelmingly recognised Palestine as ‘a nonmember observer state.’ Luis Moreno–Ocampo who had acted in 2009 for the ICC, and now the former prosecutor, asserted that in his opinion Palestine would in view of the General Assembly action qualify Palestine as a state with the rights of ICC membership. Normally, ICC jurisdiction is limited to crimes committed after the state becomes a member, but there is a provision that enables a declaration to be made accepting jurisdiction for crimes committed at any date in its territory so long as it is after the ICC was established, which was 2002.

Is this enough? Israel has never become a party to the Rome Statute setting up the ICC, and would certainly refuse to cooperate with a prosecutor who sought to investigate war crimes charges with the possible intention of prosecution. In this regard, recourse to ICC might appear to be futile as even if arrest warrants were to be issued by the court, as was done in relation to Qaddafi and his son in 2011, there would be no prospect that the accused Israeli political and military figures would be handed over, and without the presence of such defendants in the court at The Hague, a criminal trial cannot go forward.

This illustrates a basic problem with the enforcement of international criminal law. It has been effective only against the losers in wars or those whose crimes are in countries of the South. This has been true since the first major effort was made after World War II at Nuremberg and Tokyo, holding surviving German and Japanese leaders responsible for their crimes while exempting the winners, despite their responsibility for the systematic bombing of civilian populations by way of strategic bombing and the dropping of the atomic bombs on Hiroshima and Nagasaki.

Unfortunately, up to this time the ICC has not been able to get rid of this legacy of ‘victors’ justice,’ which has harmed its credibility and reputation. All ICC cases so far have involved defendants from sub-Saharan African countries.

The refusal of the ICC to investigate allegations of war crimes in relation the Iraq War of 2003 is a dramatic confirmation that leading states, especially the United States, possess a geopolitical veto over what the ICC can do. The ICC failure to investigate the crimes of Bush and Blair, as well as their entourage, vividly shows the operations of double standards.

Perhaps, the climate of opinion has evolved to the point where there would be an impulse to investigate the charges against Israel even if procedural obstacles preventing the case could not be carried to completion. Any serious attempt would add legitimacy to the Palestinian struggle, and might have a positive spillover effect on the global solidarity movement and the intensifying BDS campaign.

Yet there are other roadblocks. First of all, the PA would definitely have to be prepared to deal with the wrath of Israel, undoubtedly supported by the United States and more blandly by several European countries. The push back could go in either of two directions: Israel formally annexing most or all of the West Bank, or more likely, withholding the transfer of funds needed by the PA to support its operations.

The US Congress would be certain to follow the lead of Tel Aviv even if the Obama presidency might be more inclined to limit its opposition to a diplomatic slap on the wrist as it did recently in reacting to the formation of the interim unity government that is attempting to reconcile Fatah and Hamas.

A second potential obstacle concerns the jurisdictional authority of the ICC, which extends to all war crimes committed on the territory of a treaty member, which means that leaders of Hamas could well be investigated and indicted for their reliance on indiscriminate rockets aimed in the direction of Israeli civilian targets.

There is even speculation that the politics of the ICC is such that crimes alleged against Hamas might be given priority.

If we assume that these obstacles have been considered, and Palestine still wants to go ahead with efforts to activate the investigation of war crimes in Gaza, but also in the rest of occupied Palestine, what then? And assume further, that the ICC reacts responsibly, and gives most of its attention to the allegations directed against Israel, the political actor that controls most aspects of the relationship.

There are several major crimes against humanity enumerated in Articles 5-9 of the Rome Statute for which there exists abundant evidence as to make indictment and conviction all but inevitable if Palestine uses its privilege to activate an investigation and somehow is able to produce the defendants to face trial: reliance on excessive force, imposing an apartheid regime, collective punishment, population transfers in relations to settlements.

The underlying criminality of the recent aggression associated with Protective Edge (Israel’s name for the 2014 Gaza attack) cannot be investigated at this point by the ICC, and this seriously limits its authority. It was only in 2010 that an amendment was adopted by the required two-third majority of the 122 treaty members on an agreed definition of aggression, but it will not be operative until 2017. In this respect, there is a big hole in the coverage of war crimes currently within the authority of the ICC.

Despite all these problems, recourse to the ICC remains a valuable trump card in the PA deck, and playing it might begin to change the balance of forces bearing on the conflict that has for decades now denied the Palestinian people their basic rights under international law.

If this should happen, it would also be a great challenge and opportunity for the ICC finally to override the geopolitical veto that has so far kept criminal accountability within the tight circle of ‘victors’ justice’ and hence only accorded the peoples of the world a very power-laden experience of justice.

- Richard Falk is an international law and international relations scholar who taught at Princeton University for forty years. In 2008 he was also appointed by the UN to serve a six-year term as the Special Rapporteur on Palestinian human rights

Photo: Funeral of 18 members of the Palestinian al-Batsh family who were killed by an Israeli air strike on 13 July (AA) 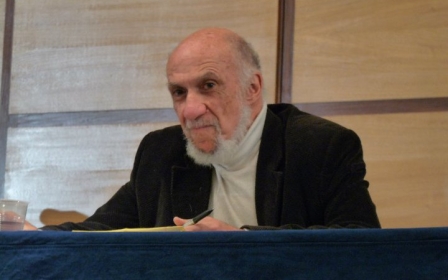