The political fallout of Leon-gate 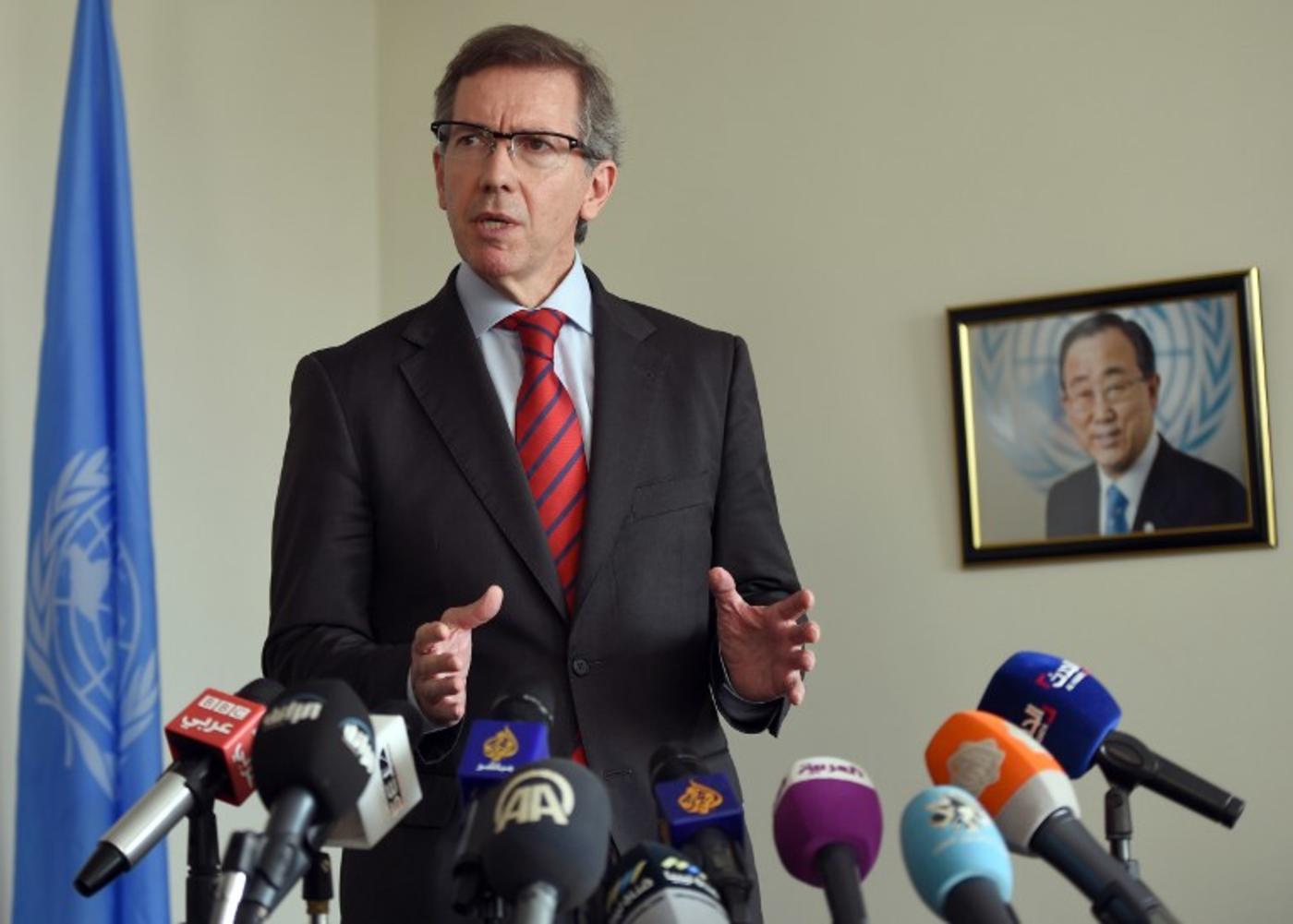 The fact that the outgoing UN Special Envoy on Libya was getting a job in the UAE, one of the parties involved in the proxy war in Libya, was already weird enough. But the emails that the Guardian published on Wednesday and furthermore the one published today by Middle East Eye show a different picture. Bernardino Leon was coordinating with the UAE for most of his tenure as special envoy, reassuring them that he would implement their agenda.

According to these emails, Leon presented UN drafts to the Libyan factions that had been actually written by two Libyan men suggested by the UAE: the Libyan ambassador to the UAE and anti-Islamist ideologue, Arif al Nayed, and the leader of the National Forces Alliance, Mahmoud Jibril.

In the emails, Leon writes that he has a strategy to delegitimise the General National Congress, the rival parliament set up in Tripoli by the Libya Dawn coalition; Leon promises to lobby the US, UK and France to work together with the UAE on terrorism, knowing that in Libya, the UAE and others also considered Libya Dawn to be a terrorist organisation; and he vows to “break a very dangerous alliance” between the wealthy merchants of Misrata and the Islamists.

This last promise is particularly interesting because the split between Misrata and the hardliners in Tripoli is effectively one of the consequences of the Leon-led dialogue. Leon claims that he made similar promises to other powers, yet in this case he delivered at least one of the things he promised - he put men trusted by the UAE to write proposals subsequently presented as UN drafts and he eventually got a job precisely in the UAE.

He also claims that his proposals were balanced, but this is also questionable in light of these emails. He seems to have been rather a flip-flopper, proposing some very unbalanced drafts: the third UN draft on Libya called for the withdrawal only of militias holding Tripoli and, incidentally, not the ones supported by Leon’s new employers. The emails show that Leon pushed the West to not consider all parties to the talks as equal, another stumbling block in the negotiations.

To Leon’s credit, his negotiations actually achieved a lot more than one could have expected. To measure his achievements, just compare what happened in Syria or in Yemen in 2015 so far. He managed to get all the parties around the table and to agree on the idea of power-sharing in a region where this concept is currently not very popular. Leon was more frequently accused by Libyans of being “too pro-Muslim Brotherhood” than of the contrary. This makes it all the more surprising that he decided not to use this political capital for a more respectable continuation of his career, in the delusion that these exchanges with his new employers in the Gulf would never become public.

But then there is another, less personal, side of the story. If even half of the “Leon Gate” emails were true, they would highlight a challenge of modern diplomacy where civil servants are allowed to use their position in government or in international organisations to lay the ground for much more remunerative jobs in the private sector or for foreign governments.

Tony Blair, who worked at the same time as Representative of the Quartet for Middle East Peace and as a consultant for many Gulf countries led the way. But the Western world is ripe with former civil servants who use the networks and influence they gained as civil servants to have highly-paid jobs in the private sector while using their old positions to write and promote their business interests or those of the foreign governments they now serve in respectable media.

This poses a moral problem, but also a security problem. The consequence of biased negotiators is to tarnish the credibility of negotiations altogether. And we know what the alternative to negotiations is, what human suffering it entails and what consequences it has even for Europe – or do we still think that the migration crisis has nothing to do with the conflicts in the Middle East that those negotiations fail to solve?

Yet, dishonest negotiators are only a minor part of the problem. The issue is the influence that some countries, the UAE in this case, can have on conflicts (and conflict resolution) that pose multiple threats to Europe. It’s time to ask who, between the Gulf and Europe, is the neighbourhood of who?

As for Libya, the new UN envoy Martin Kobler has a very uphill task. Few people would want to be in his shoes now. Those Libyans who already questioned the impartiality of UNSMIL, the UN Special Mission to Libya, will now be even more vocal – and probably unfairly. With all the shortcomings of the UN, the current fighting was not started by someone in New York or Geneva. It is the result of Libyan and Middle Eastern power dynamics. Yet, it is realistic to expect that anyone connected somehow with either political Islam or non-UAE-supported forces in Libya will be wary to sit at the table of any UN-led process at the moment.

Ultimately, the ball is now in the Libyan court as far as peace-making is concerned. Many have called for a Libyan-led dialogue. Now it’s time for them to stand up. A process based on the approval of parliaments that are under the threat of armed groups that would be sidelined by the peace deal is unlikely to work. Tinkering with the text of the agreement may not do the trick: ultimately, the question is what to do with General Khalifa Haftar and the other hardliners and neither Tobruk, nor Tripoli are free to choose.

There is a silver lining in all of this. Local authorities, be they municipal councils or council of elders, have been able to negotiate many local ceasefires in these months. These ceasefires have resisted several months, but now need a national framework to survive. To be fair, all Libyans need some form of national framework to overcome the humanitarian crisis and manage economic resources to establish peace rather than fuel the conflict.

A Libyan-led process led by a coalition of municipal authorities, elders and good willing MPs from both Tripoli and Tobruk could endorse a national unity government that would then be recognised by the international community. Such a government, stemming from a broad social contract, would be harder to attack for hardliners on both sides.

The West and the UN, though, should not just be bystanders in this. At this particular moment, they need to make a very important move: make sure that neither side can dispose of Libyan oil to consolidate the de facto partition of the country. The splitting up of the National Oil Company between east and west of Libya would be the prelude to the division of the country. This would hardly bring peace as the borders of the two areas are unclear and the disputed zones happen to be also the most oil-rich. Not recognising parallel economic institutions would be a crucial move by the West to avoid this scenario and create incentives for a national unity deal.

In the meantime, Libyans could be faced with the challenge of playing a fair game without a referee. The question is whether the West will make sure that the supporters in the bleachers start to behave.

Mattia Toaldo is a policy fellow at the European Council on Foreign Relations.