Pope Francis delivers a moral blueprint for our troubled times

Marco Carnelos
In a wide-ranging encyclical, the pope reflects on populist politics and the breakdown of social structures in the modern age 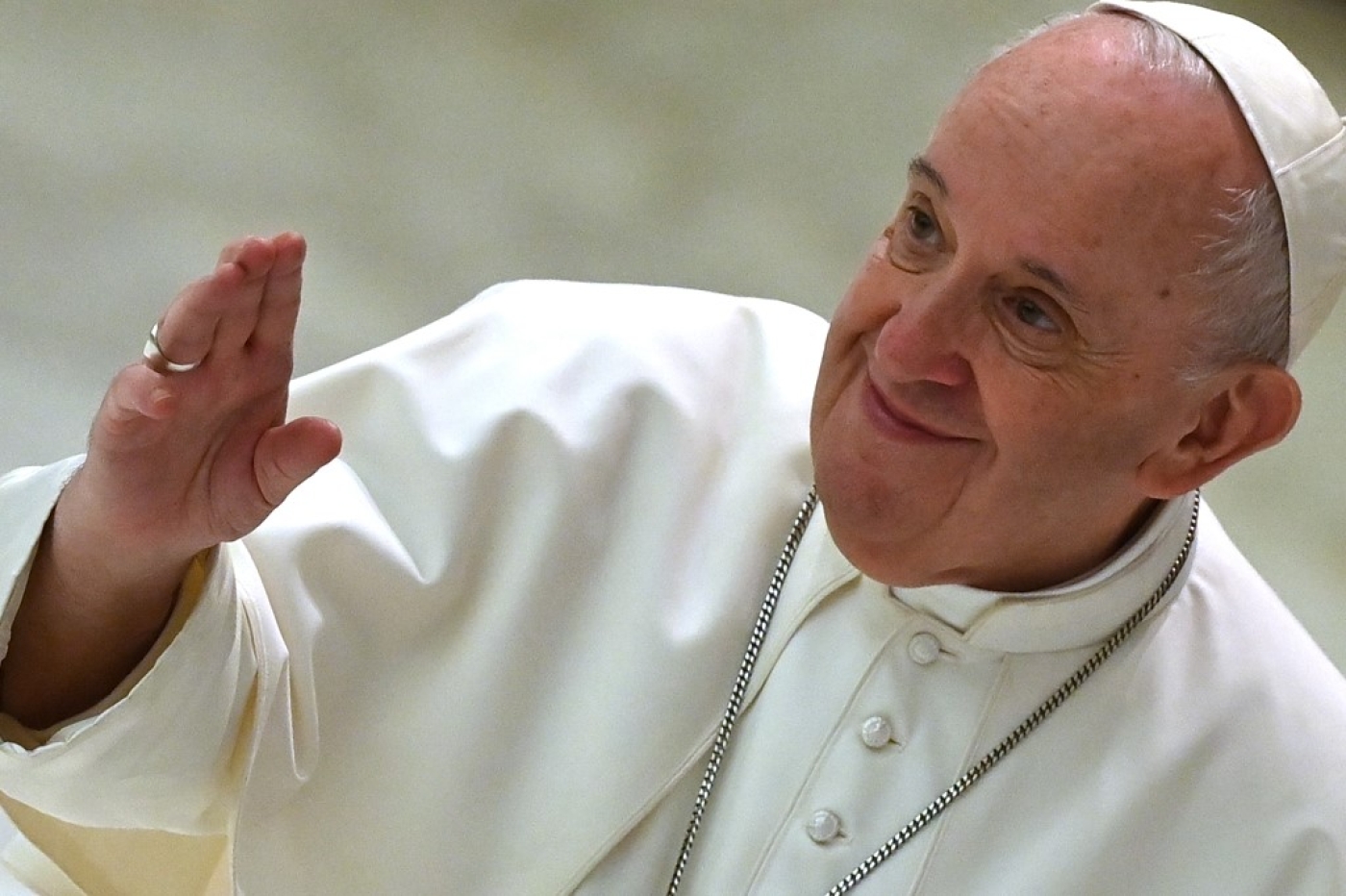 Pope Francis this month issued his third encyclical, “Fratelli Tutti” (All Brothers), inspired by the life and works of Saint Francis of Assisi, who, during the Crusades, went to visit a Muslim sultan. “Wherever he went, he sowed seeds of peace and walked alongside the poor, the abandoned, the infirm and the outcast,” the encyclical notes.

The work is dedicated to fraternity and friendship, a core concern of this pope. Watching the breakdown of western societies, torn apart by the imperious hegemony of techno-financial powers and with the social state on the verge of extinction, its timing could not have been better.

The document challenges the basic assumption of the last three decades of a liberal world order, known by the slogan “There is no alternative” (TINA). It aims for a new global architecture, nailing TINA’s die-hard supporters with an unequivocal conclusion: “Anyone who thinks that the only lesson to be learned was the need to improve what we were already doing, or to refine existing systems and regulations, is denying reality.”

Remarkably, Pope Francis also points to the Grand Imam of Egypt's Al-Azhar, Ahmad Al-Tayyeb, as another source of inspiration for his reflection. With intolerance on the rise and Christianity and Islam confronting each other due to extremist minorities on both sides, such an act of humility is outstanding.

While, as was the case 800 years ago during the Crusades, the world seems to be “bristling with watchtowers and defensive walls”, the pope is offering a new vision for fraternity and friendship.

In Pope Francis’ authoritative view, the coronavirus pandemic has dramatically exposed our societies’ false securities and, above all, humankind’s inability to work together - a fragmentation that comes as, paradoxically, the world is increasingly hyperconnected.

The pope’s analysis of the current social malaise is merciless, discussing the dangerous regression that has surfaced after it initially appeared the world was healing from 20th-century wars: “Ancient conflicts thought long buried are breaking out anew, while instances of a myopic, extremist, resentful and aggressive nationalism are on the rise. In some countries, a concept of popular and national unity influenced by various ideologies is creating new forms of selfishness and a loss of the social sense under the guise of defending national interests.”

The result has been what former Greek Finance Minister Yanis Varoufakis called the "Nationalist International", most clearly expressed in the arguments fuelling Brexit and the rise of right-wing nationalists (US President Donald Trump, Brazilian President Jair Bolsonaro, Hungarian Prime Minister Viktor Orban and others).

The pope’s denunciation of blind and selfish nationalism is accompanied by a similarly critical view of ruthless economic and cultural globalisation and homogenisation. The constant exhortation of “opening up to the world”, he says, “is now used exclusively for openness to foreign interests or to the freedom of economic powers to invest without obstacles or complications in all countries. Local conflicts and disregard for the common good are exploited by the global economy in order to impose a single cultural model. This culture unifies the world, but divides persons and nations.”

More alone than ever

The ultimate effect is that people become more alone than ever in a world oriented towards mass production and consumption, where individual interests prevail and the communitarian dimension of life is weakened. The value of individuals is restricted to their consumption, and inevitably, this globalism strengthens the more powerful while diminishing the weaker and poorer, making them more vulnerable and dependent.

Pope Francis warns that we are witnessing a growing loss of our sense of history - a kind of “deconstructionism” that leaves in its wake “the drive to limitless consumption and expressions of empty individualism”.

The encyclical also masterfully summarises the low level to which political life has fallen today; it “no longer has to do with healthy debates about long-term plans to improve people’s lives and to advance the common good, but only with slick marketing techniques primarily aimed at discrediting others”. The recent TV debate between Trump and Democratic presidential candidate Joe Biden was a prime example.

As in his last encyclical, Pope Francis again raises environmental issues, noting that “we need to think of ourselves more and more as a single family dwelling in a common home. Such care does not interest those economic powers that demand quick profits. Often the voices raised in defence of the environment are silenced or ridiculed, using apparently reasonable arguments that are merely a screen for special interests.”

Identical criticism is levelled against the double standard in international politics: “War, terrorist attacks, racial or religious persecution … are judged differently, depending on how convenient it proves for certain, primarily economic, interests. What is true as long as it is convenient for someone in power stops being true once it becomes inconvenient.”

It is unsurprising, then, that Pope Francis is subject to constant harsh criticism both outside and inside the Catholic Church. He has been accused of breaking down orthodoxy and watering down the doctrine of the church, coming dangerously close to paganism and even Marxism because of his emphasis on helping the poor, which is sometimes at odds with the necessities of global capitalism. 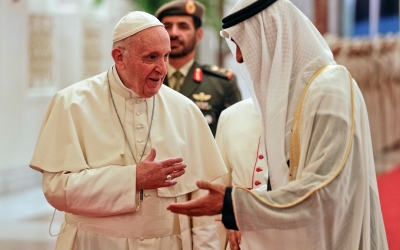 The US Catholic Church, close to the Republican Party, has distinguished itself in such criticism. The Trump administration has also done its part, urging the Vatican not to renew its agreement with China on the appointment of bishops - clear meddling in another state’s affairs.

US Secretary of State Mike Pompeo used an influential Catholic journal, First Things - which has declared Francis’ popedom a “failing papacy” - to warn against the deal with China, apparently believing he could influence a 2,000-year-old institution that has survived countless attempts to steer its moral line. The pope refused to see Pompeo during his recent visit to Italy.

A sort of cultural war has been unleashed against Pope Francis since his election. The core problem is that his pastoral line, especially on issues such as protecting the environment, the poor and migrants, hardly aligns with US Republican politics. It should have not gone unnoticed that Pope Francis went so far as to argue that he considers it an honour to be attacked by the Americans.

For many, still entrenched in their own myopia and selfishness, Pope Francis’ closeness to the disenfranchised will always be intolerable. But the encyclical encompasses other important issues providing additional, crucial food for thought for humankind.

It speaks of new forms of cultural colonisation that lead people to lose their spiritual identity and moral consistency; of the use of “hyperbole, extremism and polarisation” as political tools; of the sacrifice of parts of humanity to guarantee a “carefree existence” for others; and of the failure of societies to reflect clearly that “women possess the same dignity and identical rights as men”.

He describes an emerging lifestyle where silence and careful listening disappear, 'replaced by a frenzy of texting'

In addition, Pope Francis reflects on the millions of people still forced to live in conditions akin to slavery; the survival, notwithstanding technological development, of ancestral fears of the unknown (the territory of the “barbarian”, from whom we must defend ourselves at all costs); and the reign of “a cool, comfortable and globalized indifference, born of deep disillusionment concealed behind a deceptive illusion: thinking that we are all-powerful, while failing to realize that we are all in the same boat”, as exemplified lately by the Covid-19 pandemic.

He describes an emerging lifestyle where silence and careful listening disappear, “replaced by a frenzy of texting” - where “we create only what we want and exclude all that we cannot control or know instantly and superficially”, with no shared wisdom as a result. 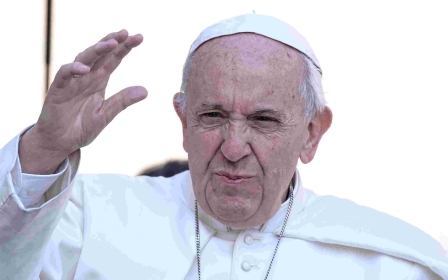 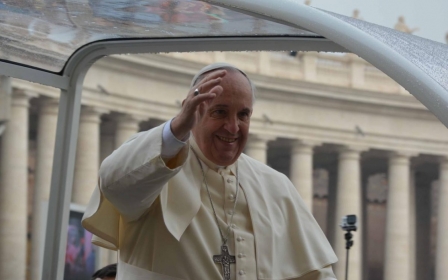 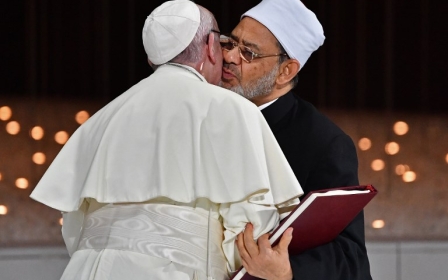