Prophet Muhammad stood for humanity in Medina, while IS tries to destroy it

Craig Considine
IS and its sympathisers do not follow what the Prophet had laid down for mankind to follow. Their actions in Medina and elsewhere prove that 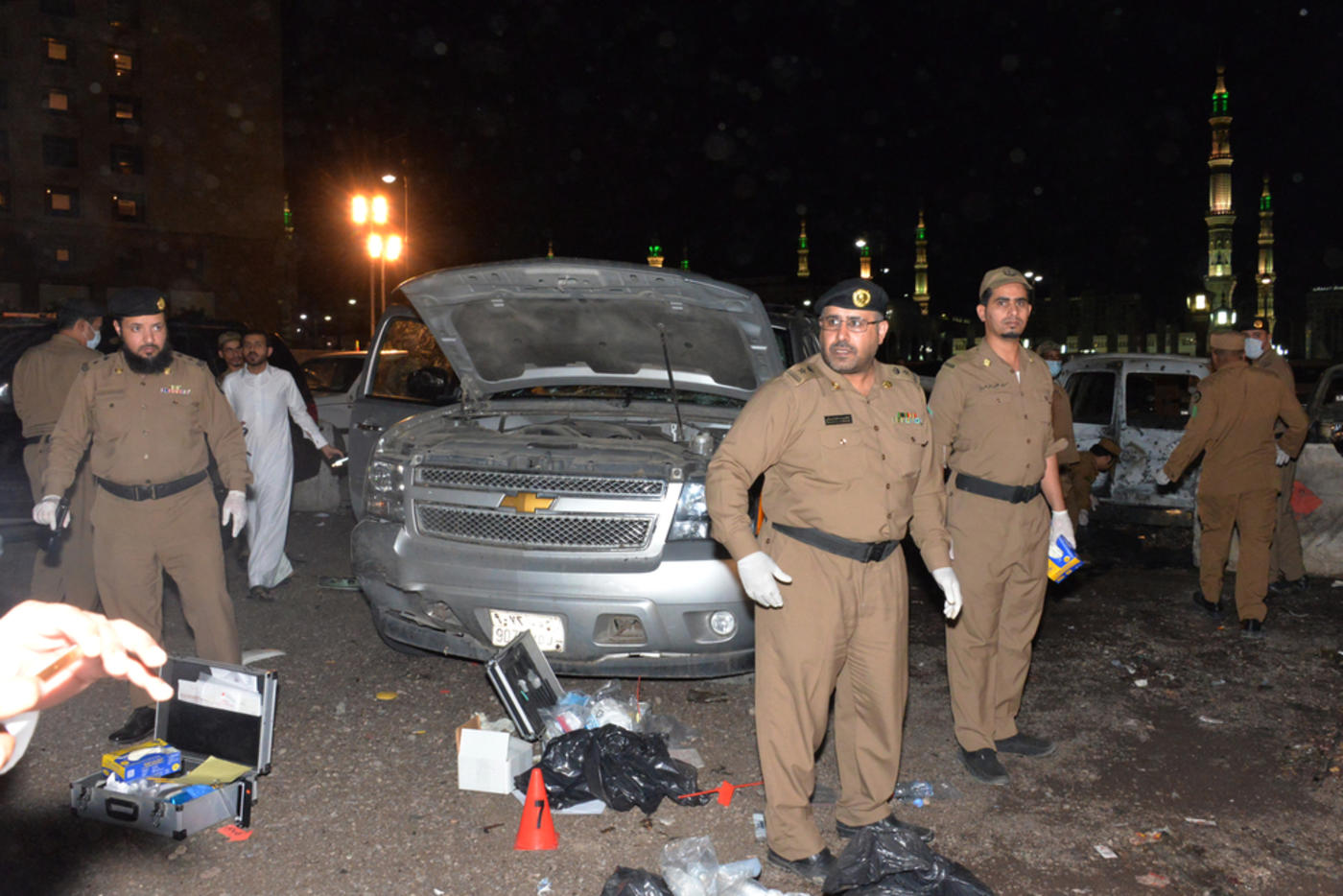 Here is one of my favourite stories about Prophet Muhammad. It is noted in a hadith that he and several of his companions were sitting down along a street in Medina. Suddenly, a companion spotted a funeral procession approaching the group. In respect of the dead human body, Muhammad stood up as the procession crossed in front of him. At that moment, a companion, who was still sitting down, said to the Prophet, "This is a funeral of a Jew. He is not a Muslim." Upon hearing these words, Muhammad became upset and said to the companion, "Is he not a human soul?" The message here is clear: Prophet Muhammad respected human beings irrespective of their religion. He taught mankind that every human soul is important, whether alive or dead. This is Muhammad’s concept of dignity. He defended humanity.

Unfortunately, the self-proclaimed Islamic State (IS) militants or their sympathisers do not care about humanity. In fact, they are the antithesis of humanity. In the very city where Prophet Muhammad stood in respect for the Jewish funeral procession, several people claiming to be Muslims blew themselves up at the Prophet’s mosque, one of the two holiest sites in Islam. The suicide attack killed four members of the Saudi Arabian security force. In comparing the two events, we can see that Prophet Muhammad honoured people who have passed away, while IS and their sympathisers are the reasons why funeral processions happen in the first place.

Any person in their right mind understands that there is nothing "Islamic" about blowing yourself up and murdering other people. After all, the Quran is unequivocal: "You shall not kill yourselves" (4:29). Suicide is so far outside the boundaries of "normative" Islam that some people – Muslims and non-Muslims alike - have started to seriously question whether IS and their sympathisers are "anti-Islamic", and not simply "un-Islamic", as they are popularly described. There is a difference between these concepts. "Un-Islamic" means that Muslims are acting in a way that opposes the basic principles of Islam. "Anti-Islam" means that the actions of some Muslims are actually a threat to other Muslims and to the very essence of Islam – mercy, compassion, justice and peace.

We can notice Prophet Muhammad‘s love of humanity in how he instructed his followers to respect the People of the Book, as commanded in the Quran. In the year 622CE, the Prophet produced the Medina Charter, also known as the Constitution of Medina, which contained the rights and responsibilities of the Muslims, Jews and other tribal communities in Medina. As the head of state, Muhammad guaranteed all citizens of the city the rights of freedom of religion and freedom of conscience. The charter declared that Muslims and Jews were equal members of a new political community. Indeed, even polytheists were granted equal rights. Moreover, Muhammad’s constitution did not treat Jews as a monolithic entity; he recognised and respected their ethnic and cultural diversities. All Jews were granted the rights of freedom of movement, freedom of worship and the freedom of assembly.

Some consider the charter to be the first written constitution in the world. Whether or not that is true is besides the point – the document is a 7th century model for religious pluralism and civic rights. Muhammad envisioned a society where people were united not by race or religion, but rather by citizenship rights.

Jews were not the only religious community that Muhammad peacefully reached out to in Medina. In 631CE, he sent letters inviting various communities of the region to his city. One group, the Najran Christians of modern-day Yemen, travelled 450 miles to meet the Prophet and his companions in Medina. The Christian delegation consisted of about 45 scholars and 15 assistants.

After their diplomatic meeting, the Najran Christians needed to pray. They exited Prophet Muhammad’s mosque and headed towards the street, aiming to pray there. Uncomfortable with the idea that his Christian guests had no place to pray, the Prophet told them that they could use his mosque to worship. The Najrans accepted Muhammad’s offer. An important bridge was made that day between Muslims and Christians.

And it is these kind of interfaith bridges that IS and their sympathisers want to destroy.

In-between Muslims and Christians is a space that I like to refer to as "the grey zone". This is a space that challenges the binary of "us" versus "them", of the "Muslim world" versus the "Western world". It is a kind of environment where Muslims and Christians can interact and see eye-to-eye with one another. The grey zone is a setting that fosters dialogue, education, understanding, commitment and engagement with the "Other"; all things that IS and their sympathisers want absolutely no part of.

There exists two radically different visions of the city of Medina. One is Prophet Muhammad’s. He produced a form of government that emphasised egalitarian values. All people could belong to his community, so long as they respected his authority and the rule of law. Citizens of Medina were able to express themselves and give their opinions on how best to run the community. Religious freedom flourished. The Prophet safeguarded human rights and made sure that humanity trumped ethnic or religious divisions.

Now compare that to the recent suicide attack outside Prophet Muhammad’s mosque in Medina. The people who carried out that mission were aiming to kill people who did not agree with their rigid interpretation of Islam. Their goal was to instill fear, suppress freedom and ultimately take life away. That is the antithesis of Islam.

Medina is meant to be a place of peace and goodwill between people of different ethnic backgrounds and schools of Islam. Such a society is commanded by the Quran, which notes: "Oh mankind, we have created you from male and female and made you peoples and tribes that you may know one another. Indeed, the most noble of you in the sight of Allah is the most righteous of you" (49:13).

IS and its sympathisers do not follow what the Prophet had laid down for mankind to follow. Their actions in Medina and elsewhere prove that.

- Craig Considine (PhD, Trinity College Dublin) is a Lecturer in the Department of Sociology at Rice University in Houston, TX. His research interests include Muslim-Christian Relations, Islamophobia, Prophet Muhammad and Islam and American identity. His website is craigconsidinetcd.com. You can follow him on Twitter @CraigCons

Photo: Saudi security personnel gather at the site of the suicide attack near the security headquarters of the Prophet's Mosque in Medina City on 4 July, 2016 (AFP). 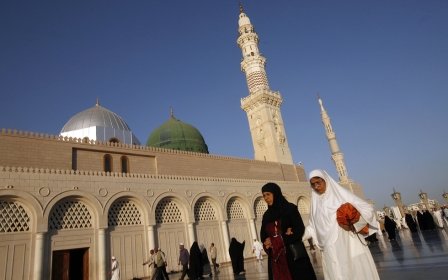 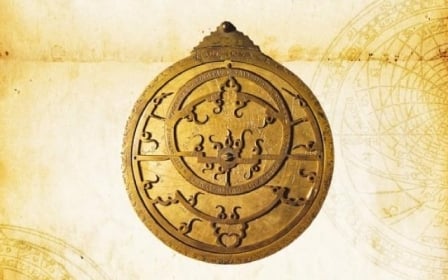 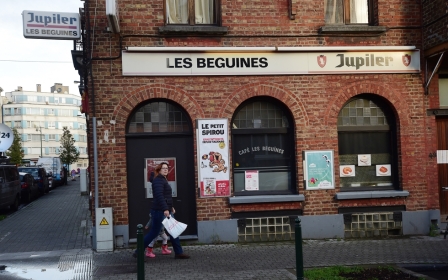