Prosecuting Blair over Iraq would be a victory for dictators

James Snell
To attempt to prosecute Blair over Iraq is deeply, wilfully perverse. It rewards barbarism masquerading as realpolitik; it rewards bad behaviour at the expense of good 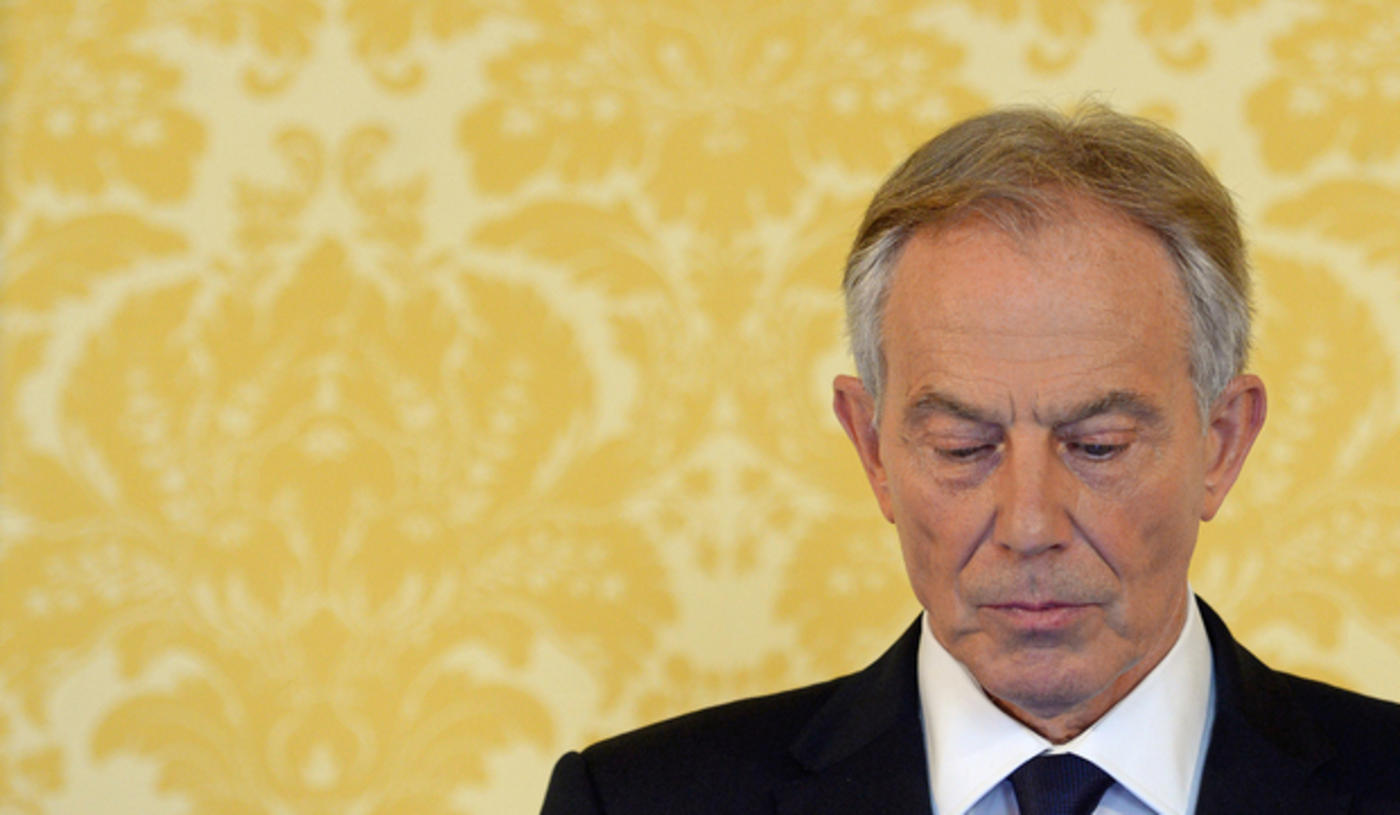 Once again, Tony Blair is in the news. A merry-go-round of stories swirls around the former British prime minister. Many of them are luridly drawn, some nonsensical. A new story concerns the perpetual question of Blair being prosecuted for the Iraq war.

In short, he won’t be, as the rejection of a private prosecution by Britain’s High Court has proven. Despite the outrage a necessary legal verdict has caused, this case should be the stuff of comedy.

It’s ridiculous that Abdulwaheed al-Rabbat, who brought the case, is a former Iraqi general who served under the dictatorship of Saddam Hussein

It’s ridiculous that Abdulwaheed al-Rabbat, who brought the case, is a former Iraqi general who served under the dictatorship of Saddam Hussein. It is absurd that he attempted to have Blair and others, like former foreign secretary Jack Straw, prosecuted for "aggression", a crime which does not exist in English law and cannot be introduced retroactively.

This is the stuff of parody, as quixotic as - though less noble than - all attempts to outlaw the use of military force as an instrument of policy, like the doomed Kellogg–Briand Pact of 1928.

But this effort is not just absurd. It is deeply misguided. Everything like this, which strives to prosecute democratically-elected leaders working within the legal constraints of their countries, can only make the world safe for dictatorship and terror.

In the latest example of this legal wrangling, there was no case for Blair to answer. It must simply be said that Blair did not launch a destructive war of aggression in invading Iraq to depose Saddam. Instead he, responding to available (if faulty, imperfect) information, joined the Americans in their toppling of Iraq’s dictator.

This is not illegal under British law. No attempt to spin the war in that direction holds water. As the British attorney general stated in a comment eventually backed up by the judgement, this legal challenge was "hopeless". So it proved.

More interestingly, however, there is another point missed in all the legal commentary. Prosecuting Blair could only have a negative effect on the way international relations are structured and undertaken.

Dictators remain protected within their states. They do not comply with international law at all, and are free to strike deals to ensure their survival and to crush internal dissent

There is a categorical difference between democratic and dictatorial states, as there is an essential distinction between democratic and dictatorial leaders. The former are at the mercy of voters, the judiciary in their countries, and many other factors. The latter, secure in their domestic power, are beholden to no one except the possibility of international intervention.

If the leaders of democratic countries are prosecuted for attempting to remove dictators, then the only censure the international community is able to offer is ranged against democrats. Dictators remain protected within their states. They do not comply with international law at all, and are free to strike deals to ensure their survival and to crush internal dissent.

All this is true of Iraq. Saddam institutionalised violence within Iraqi society. He persecuted disparate religious and ethnic groups. He murdered those who dissented. His jails were crammed full of political prisoners.

And more than that, Saddam started numerous aggressive wars, which killed millions. For this he was not held accountable. Until he was deposed, no court – Iraqi or international – could touch him. Blair's being prosecuted for a decision taken in good faith would only embolden dictators. In this, such a prosecution would be sickly ironic.

As Assad murdered peaceful demonstrators and used chemical weapons against civilians, the world watched. It sat on its hands

It would disincentivise all future action, something we can already see in the contemporary Middle East. The spectre of Iraq prevented anyone acting against Bashar al-Assad in Syria as he committed war crime after war crime.

As Assad murdered peaceful demonstrators and used chemical weapons against civilians, the world watched. It sat on its hands. It talked of peace, but did nothing to bring it about. Meaningful intervention was stifled by legalism.

Much of this reluctance was due to the fear of domestic political backlash. Iraq didn’t help. It has lasted long in the memory. Western publics are seen to have set themselves against anything which could stand comparison to 2003. Politicians, cautious at the best of times, fear this spectre.

Taken in sum, the West has not acted well regarding Saddam. It tolerated and abetted his evil rule for far too long. When domestic revolution began after the defeat of Iraq’s invasion of Kuwait, the West did not help Iraq’s beleaguered people overthrow the tyrant. This was an act of great hypocrisy and political calculation masquerading as realistic foreign policy. In many ways, the standing of the West in Iraq has never recovered.

But Blair and George W. Bush at least attempted to right those wrongs. They overthrew the dictator their countries had selfishly confirmed in power. To attempt to prosecute them for this act is deeply, wilfully perverse. It rewards barbarism masquerading as realpolitik; it rewards bad behaviour at the expense of good.

It takes unconventional, chaotic politicians to buck these trends. When Assad once more gassed a civilian population with Sarin, President Donald Trump did something about it. No one saw this coming; even on the day of the strikes themselves many analysts and commentators dismissed the very possibility.

That it took Trump for this action to occur at all is a mark of how bad things have got. We cannot rely on the morality of such men

Under Trump’s orders, American planes struck the Syrian airfield from which the gas attack was launched. This was a limited response and has not stopped the conflict, but it has punished chemical weapons' use and put a price on these transgressions.

This embodied the doctrine of responsibility to protect, the standard justification for humanitarian intervention in situations of extreme necessity. It’s a necessary doctrine, but one which is denigrated and disdained on ideological grounds.

That it took Trump for this action to occur at all is a mark of how bad things have got. We cannot rely on the morality of such men. And even when Trump did the right thing, some called this action illegal – rather sketchily – and called also for his prosecution.

This is dangerously wrongheaded, but could be a sign of things to come, especially if the impossible happens and someone like Blair is prosecuted for Iraq.

We are looking at a very dangerous possible future, a world in which dictators act with impunity and the democrats who attempt to sanction them go to jail. This must be seen for what it is and resisted for all it is worth. 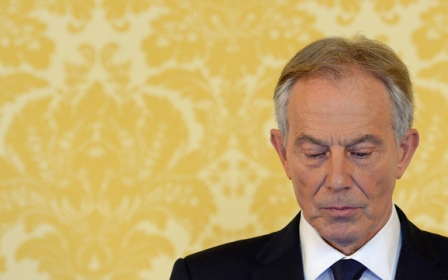 Blair
Blair escapes prosecution for the invasion of Iraq. What now for accountability?
Michael Mansfield and Antonia Benfield Iraq at War
Invasion of Iraq, a war crime? Arguments against Blair must be heard
Richard Norton-Taylor 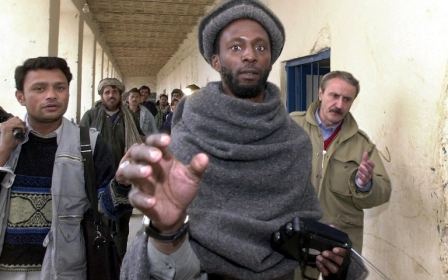