From proxy to direct intervention? The Iranian army announcement you shouldn't miss 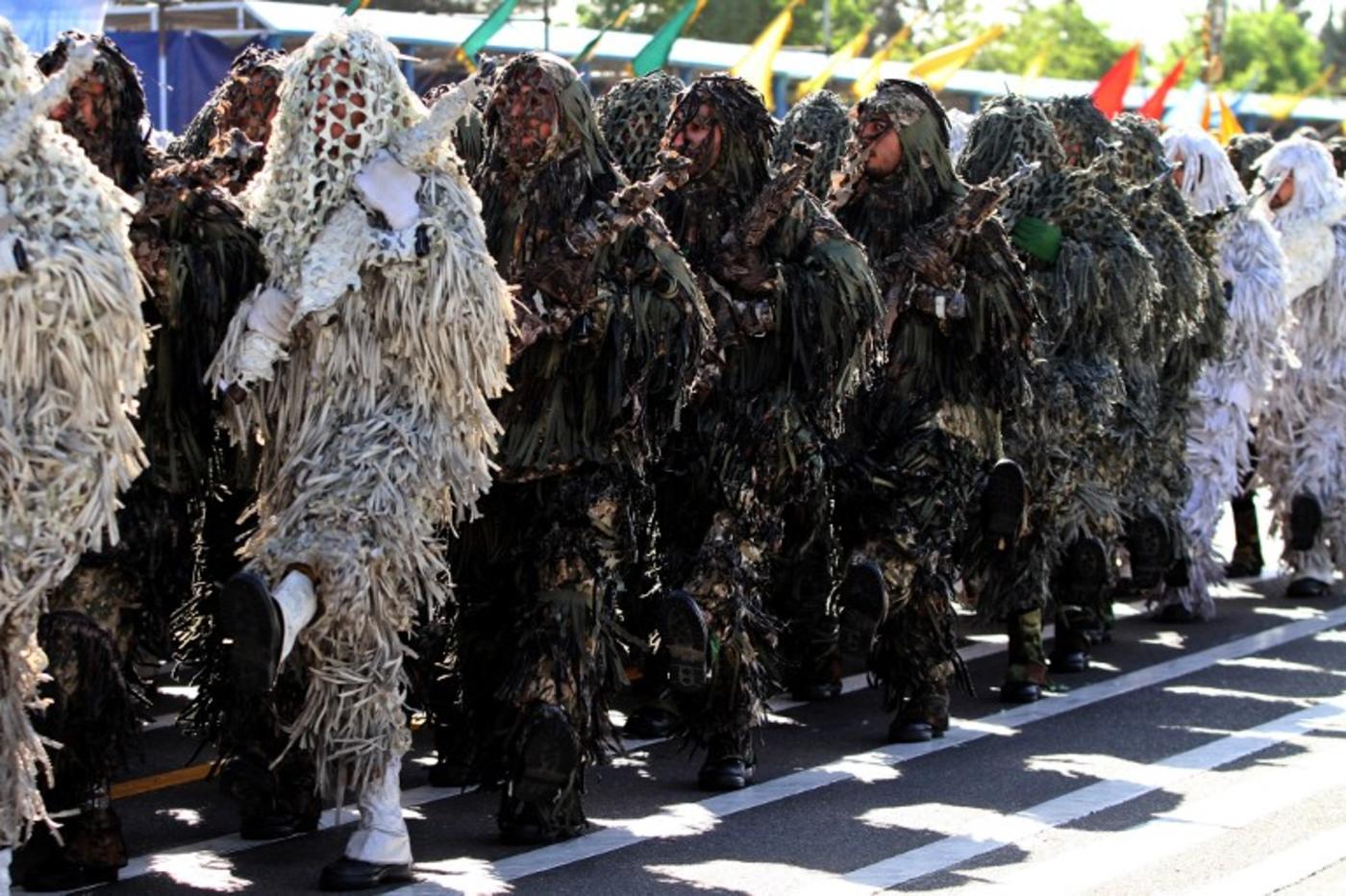 Earlier this week, Iran celebrated its national Army Day and, at least on the face of it, nothing remarkable happened.

As is customary, President Hassan Rouhani addressed a military parade showcasing the country’s military strength and claimed that, under his leadership, the parts of Iran's defence budget related to “resilience” had increased by 145 percent.

And Ayatollah Khamenei met a group of army commanders and personnel, and stressed the importance of raising the living standards of army personnel by adequately meeting their “economic” needs.

But beyond the grandstanding and political promises, an important statement by the commander of the army (land forces) went almost completely unnoticed.

In an interview with Fars News Agency, Brigadier General Kiumars Heidari announced major structural changes to Iran's army encompassing everything from human resources to logistics to armaments in order to transform it into an “offensive” force.

This is a major policy announcement with far-reaching consequences for foreign policy and internal defence-related power dynamics. If implemented properly, Heidari's proposed modernisation policy would not only radically alter Iranian defence doctrine, but just as importantly, it would also reverse the army’s subservient relationship to the Islamic Revolutionary Guard Corps (IRGC).

Heidari’s announcement is particularly important because it heralds a radical transformation in Iranian defence doctrine. The existing doctrine is essentially defensive and grounded in the experience of the long-running Iran-Iraq War.

The timing of the announcement is also important as it coincides with the 30th anniversary of Iran’s ill-fated “Karbala” offensives in the final years of the Iran-Iraq War. Beginning in late 1986, Iran started a concerted campaign to capture Iraq’s second city Basra with a view to forcing Saddam Hussein's regime to capitulate.

This campaign culminated in early May 1987 with the Karbala-10 offensive. By and large, the campaign was unsuccessful: Iranian forces failed to capture Basra. The Karbala-4 offensive, in particular, was an unmitigated disaster which cost the lives of well over 10,000 Iranian combatants. However, the subsequent Karbala-5 offensive, which lasted until mid-February 1987, brought Iranian troops to within 10 kilometres of Basra.

The Karbala campaign of late 1986 and early 1987 represents a traumatic heritage for the Iranian military because it highlighted the relatively narrow limits of the country’s direct power projection capability. While there were multiple mitigating factors, not the least the lack of access to modern weapons as a result of sanctions, the bottom line was that the Iranian military lacked the ability to adequately attack offensively.

Decades later - and despite a profound understanding of this inescapable fact - Iranian military planners and strategists have not adequately addressed this issue.

The undeclared challenge to remedying this issue is the power disparity between the conventional armed forces and the IRGC, also known as the “Pasdaran”.

Iran is the only country in the world with two fully independent military systems, a by-product of the Iranian revolution and the enduring need it produced among Islamic Republic loyalists for an ideological military force (in the form of the Pasdaran) to adequately protect revolutionary values.

The conventional military’s subservient relationship to the IRGC was fully established towards the end of the Iran-Iraq War, when the latter spearheaded all major offensives and directed defensive strategies.

In terms of conventional military doctrine and attendant strategic planning, the IRGC lacks the organisational and logistical capacity to enable Iran to compete with major regional and international armed forces.

Despite the fanfare and propaganda which surround it, the IRGC is a relatively small organisation, with its fully professional and cutting-edge war fighting personnel numbering around 50,000.

While the Pasdaran’s expeditionary Quds Force has made a big splash in Iraq and Syria, the bottom line is that the IRGC has neither the resources nor the skills to conduct military operations of sufficient scale against formidable state adversaries.

Unlike the IRGC, the Iranian army has the institutional maturity (it is 55 years older than the Pasdaran), and legitimacy, organisational capacity and, crucially, the national prestige to undertake a transformation fit for a 21st century military power.

Brigadier Heidari’s policy announcement comes in the wake of the army’s increasing confidence, as evidenced, for example, by a small deployment of special forces green berets to Syria.

But the challenges of Heidari’s five-pronged modernisation process, composed of structures and organisation, human resources, combat capability, strategic planning and military engineering, should not be under-estimated.

Crucially, in terms of acquiring offensive capability, the Iranian army is faced by the twin challenge of a relatively under-developed domestic arms manufacturing industry in addition to a raft of sanctions and other political problems severely restricting Iran’s access to the international arms market.

These challenges come into sharp relief in the military aviation sphere where the latest version of Iran’s putative stealth fighter, the Qaher F-313, has crucially not been seen in flight.

While the latest prototype of the Qaher F-313 appears to be an improvement of the original (unveiled in 2013), nevertheless aviation experts are far from convinced of the jet’s flying capability, let alone combat potential.

In the absence of major companies specialising in the manufacture of weapons systems – and an underlying adequately developed scientific infrastructure networked through universities and technical colleges – Iran will struggle to produce advanced military systems which can meet 21st-century needs.

Nevertheless, technological challenges can be partially mitigated by proper organisational reform which could include, for example, fully professionalising the army and abolishing the national conscription system altogether.

In terms of defence doctrine, and assuming the policy position set out by Brigadier Heidari is fully implemented, Iran is likely to gradually abandon a defensive posture in favour of a more strident and muscular approach to regional crisis.

This effectively means a shift away from using proxies to direct military interventions in order to secure the national interest. It is a radical shift whose repercussions will fundamentally alter Iran’s relationship with regional foes Saudi Arabia and Israel as well as the United States military in the Persian Gulf. 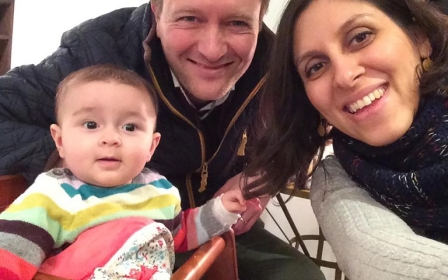 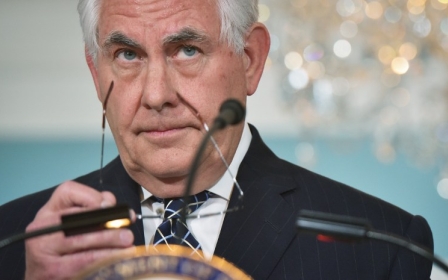 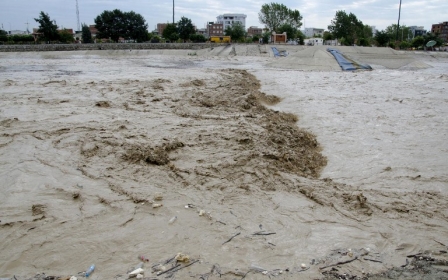 Environment
At least 25 dead in flooding in northern Iran