The Qatar crisis: A ‘win-win’ for the United States?

Christopher M Davidson
The underlying Saudi and Emirati grievances with Qatar have been lingering for a while, but the real catalyst of this week's crisis is the new US administration 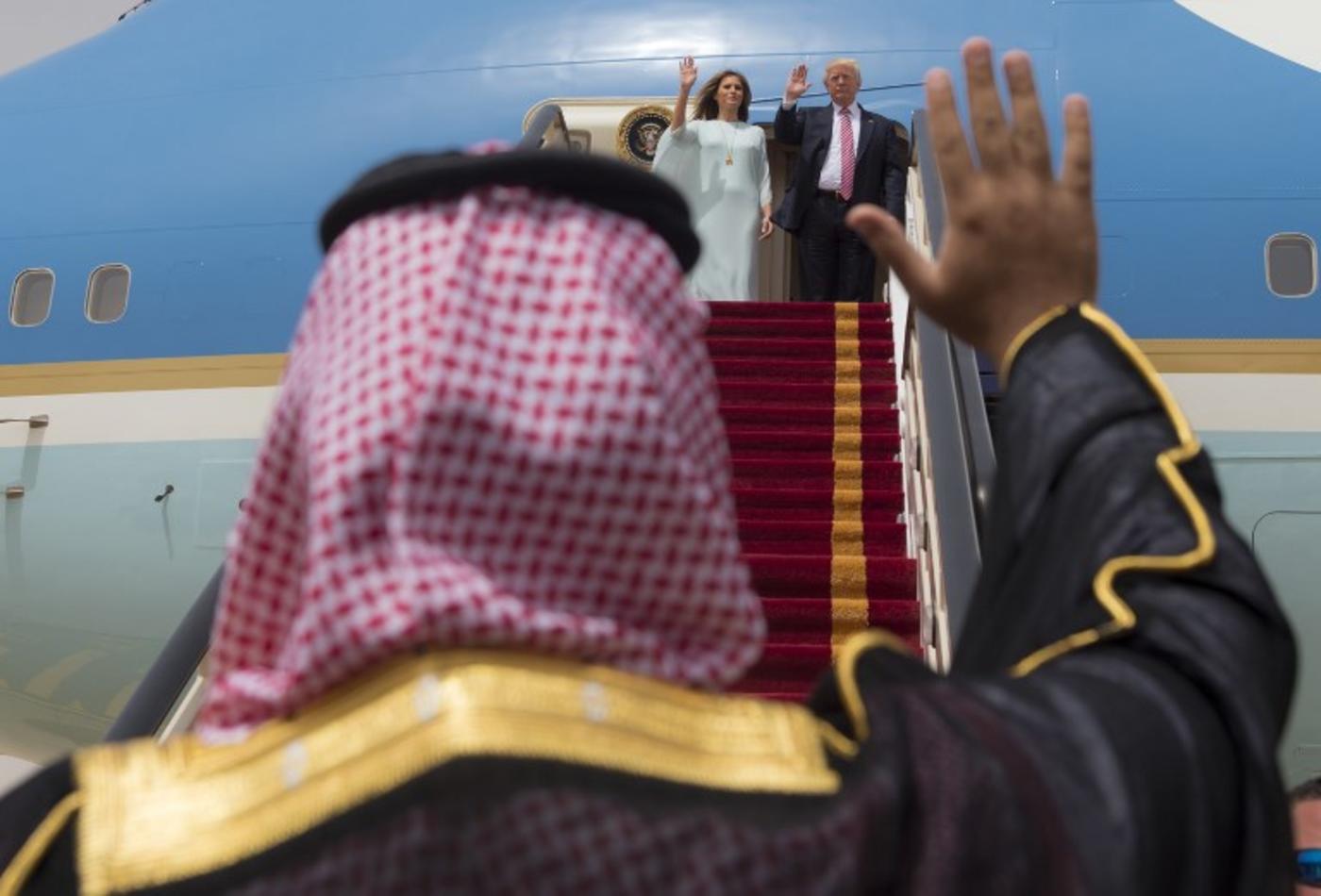 It has been a big week for Qatar in the international headlines, with a Saudi and UAE-sponsored severing of diplomatic relations and closure of airspace. These moves, along with several other dramatic escalations, have dragged out into the open what was previously assumed to be just another of the region’s many long-simmering and seemingly intractable disputes.

With "Gulf politics" not exactly renowned for transparency, rumours have naturally begun to swirl about what why it has happened now and what may happen next, with talk of far-reaching conspiracies, and – as one Egyptian newspaper dubiously claimed – even an assassination attempt having taken place on a senior Qatari minister. 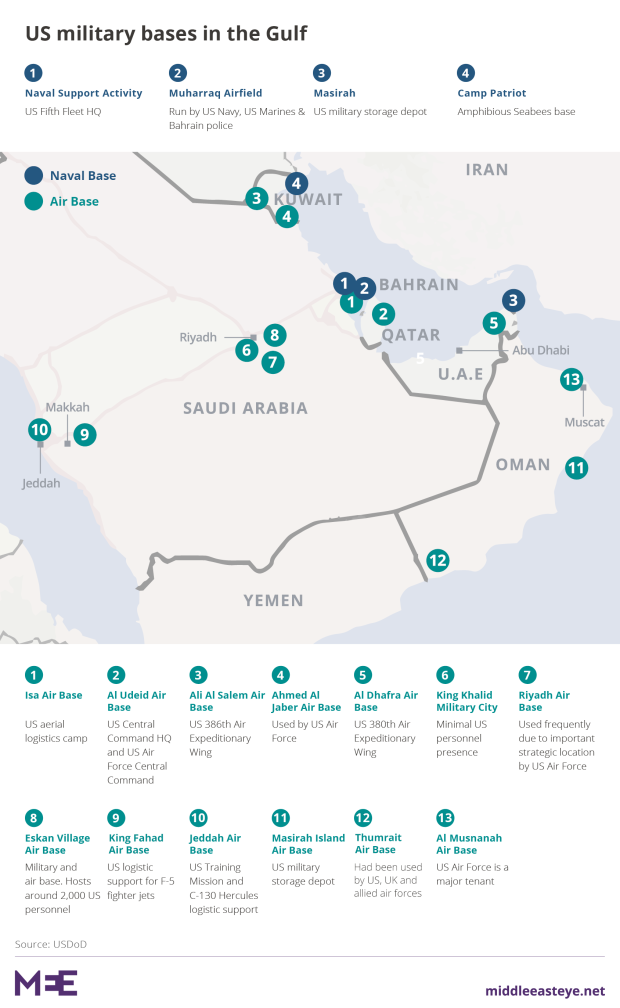 Although there is certainly a sense that we have been here before, in 2014 specifically, when a similar set of measures was imposed against Qatar before eventually being resolved after several months of negotiations, the current campaign against Qatar does seem more intense and much better orchestrated, and for that reason we will have to take it much more seriously.

First of all, there is a broad consensus that the underlying grievances against Qatar have simply not gone away.

Notably, in the wake of the Arab spring, which witnessed the brief resurgence of the Muslim Brotherhood and other Islamist groups, both Saudi Arabia and the UAE had identified such forces as potential existential threats to their own regimes, not only because the Brotherhood enjoyed much support amongst their own conservative populations, but also because it offered the region an alternative Islamic governance model that dispensed with the need for hereditary monarchies.

Long on the lookout for a counterweight to Saudi dominance over the Arab world, wealthy but vulnerable Qatar had been bankrolling the Brotherhood in Egypt and – through its massively influential Al-Jazeera network – providing its leaders with consistently favourable international coverage. Understandably, the palaces in Riyadh and Abu Dhabi were alarmed.

The Saudi and UAE-organised coup d’état in Egypt in 2013 was supposed to have put the Brotherhood and Qatar back in their places. To some extent it did, but with Doha, even until now, continuing to harbour Brotherhood and other such exiles, this has certainly remained a bone of contention.

On top of ‘mainstream’ Islamist groups and political parties, there has also been growing unease in both Saudi Arabia and the UAE over Qatar’s backing of various militant groups across the region, some of which have frequently ended up in direct confrontation with their own allies and proxies.

With the Western powers still smarting from their post-2003 Iraqi escapade, but with the opportunity too good to miss to get both Muammar Gaddafi and Bashar Al-Assad ousted under the banner of the Arab spring, there was great expediency in turning a blind eye -  and in some cases - even endorsing such Gulf-backed ‘boots on the ground’ intermediaries. In fact, in October 2011, Qatar’s chief-of-staff even admitted that Doha was serving as "the link between NATO and rebel forces".

This has led to strange situations which, in many ways, have become ‘Gulf civil wars’ being fought out by proxy. In Libya, for example, the Qatar-backed and al-Qaeda-linked ‘Benghazi Defence Brigades’ have been squaring up against the one time CIA asset and now UAE-backed strongman, Khalifa Haftar.

Meanwhile, in Syria, a whole panoply of Qatar and Saudi-backed militant groups, including full-blown jihadist operations, have been vying for control of much of the remaining rebel-held territory, especially outside of Damascus.

Pundits have put forward a number of reasons as to why the escalation has happened right now.

Many, for example, have pointed to a strengthening relationship between Israel, Saudi Arabia, and the UAE, and their common goal of cutting off Qatari assistance to Hamas.  Certainly, Qatar’s hosting of a Hamas conference last month did not go down well, and perhaps helps explain why – according to the leaked emails of the UAE’s ambassador to the US – a recent high profile anti-Qatar symposium was staged by a major Washington-based, pro-Israel thinktank.

Much has also been made of Qatar’s apparent dealings with Iran, with Riyadh and Abu Dhabi undoubtedly being unnerved by reports of two recent phone calls between Emir Tamim Al-Thani and President Hassan Rouhani, both of which were supposed to have called for "stronger ties than ever before".

On top of this, back in April, there was also reportedly much fury over Qatari diplomats simply dumping bags of cash in Baghdad Airport for Iran-linked militias to collect in return for handing over a group of Qatari royals kidnapped more than a year ago.

A little more far-fetched, by comparison, are accounts, based on recent interviews I had with Saudis, that King Salman al-Saud was truly irate about a recent trip made by Emir Tamim to the Al-Thani’s ancestral village as part of an effort to secure ‘Wahhabi legitimation’ by proving his dynasty’s links to the descendants of Muhammad Abd Al-Wahhab. There is, so it seems, only room enough for one Wahhabi-endorsed monarchy.

While such objections may indeed have been contributing factors to the current crisis, the more likely catalyst has, however, been the role played by the new US administration.

Even if the Donald Trump team has clearly been trying to fleece Saudi Arabia out of its remaining assets by getting the kingdom to buy up weapons it can ill-afford, and even getting it to invest in US physical infrastructure at a time when it really needs to be investing in its own infrastructure, there has nonetheless been a strong feeling in Riyadh that the new White House is a going to be a much firmer ally than the previous US presidency.

From Riyadh and Abu Dhabi’s perspective, the new US administration has at last given them the carte blanche they need to act against their troublesome neighbour

Certainly, with the Trump transition team having met with Abu Dhabi’s crown prince as early as December 2016, when both Iran and Qatar were most definitely on the agenda, and then following up with this on the sidelines of the recent presidential trip to Saudi Arabia, a US ‘green light’ is understood to have been given to long gestating plans to ‘do something about Qatar’.

From Riyadh and Abu Dhabi’s perspective, this has at last given them the carte blanche they need to act against their troublesome neighbour and, once and for all, put an end to Doha’s adversarial foreign policies.

From the White House’s perspective, with Saudi and UAE guarantees having undoubtedly been provided for all US rights to military facilities in Qatar, currently including CENTCOM’s forward headquarters and a major airbase, there has simply been little to lose and a lot to gain.

Notably, any regime change in Doha, or at least a freeze on its foreign policies, will help to take away a persistent headache at the heart of US politics. As the Department of the Treasury continues to accumulate evidence linking wealthy Saudis and Kuwaitis to extremist organisations such as al-Qaeda and the Islamic State, it is accumulating even more substantial evidence, if you go by per capita at least, on Qatari citizens. This has led to growing calls, including in Congress, for the Department of Defense to shift its facilities out of Qatar, even though the Pentagon itself has confirmed it has no viable alternatives.

In this context, the currently unfolding Saudi and UAE-led ‘reorganisation’ in Doha may be just the paracetamol that’s needed.

- Christopher M Davidson teaches at Durham University in England.  He is the author of a number of books on the region, including most recently Shadow Wars: The Secret Struggle for the Middle East.

Photo: US President Donald Trump and First Lady Melania Trump waving as they board Air Force One on 22 May 2017 before leaving Riyadh to Israel (AFP)