The real story behind the Republicans’ Iran letter 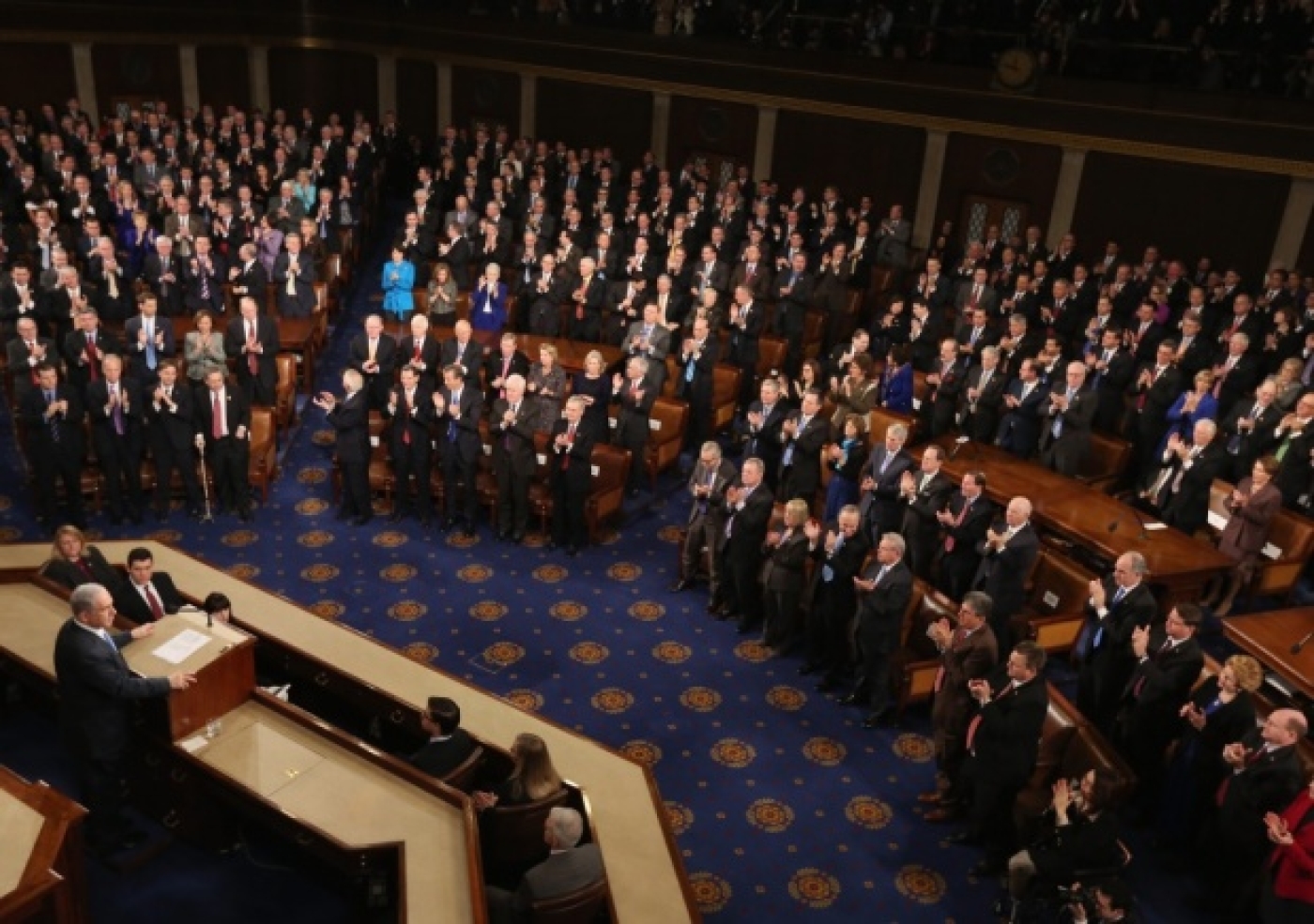 The “open letter” from Senator Tom Cotton and 46 other Republican Senators to the leadership of Iran, which even Republicans themselves admit was aimed at encouraging Iranian opponents of the nuclear negotiations to argue that the United States cannot be counted on to keep the bargain, has created a new political firestorm. It has been harshly denounced by Democratic loyalists as “stunning” and "appalling”, and critics have accused the signers of the letter of being “treasonous” for allegedly violating a law forbidding citizens from negotiating with a foreign power.

But the response to the letter has primarily distracted public attention from the real issue it raises: how the big funders of the Likud Party in Israel control Congressional actions on Iran.

The infamous letter is a ham-handed effort by Republican supporters of the Netanyahu government to blow up the nuclear negotiations between the United States and Iran. The idea was to encourage Iranians to conclude that the United States would not actually carry out its obligations under the agreement – i.e. the lifting of sanctions against Iran. Cotton and his colleagues were inviting inevitable comparison with the 1968 conspiracy by Richard Nixon, through rightwing campaign official Anna Chenault, to encourage the Vietnamese government of President Nguyen Van Thieu to boycott peace talks in Paris.

But while Nixon was plotting secretly to get Thieu to hold out for better terms under a Nixon administration, the 47 Republican Senators were making their effort to sabotage the Iran nuclear talks in full public scrutiny. And the interest served by the letter was not that of a possible future president but of the Israeli government.

The Cotton letter makes arguments that are patently false. The letter suggested that any agreement that lacked approval of Congress “is a mere executive agreement”, as though such agreements are somehow of only marginal importance in US diplomatic history. In fact, the agreements on withdrawal of US forces from both the wars in Vietnam and in Iraq were not treaties but executive agreements.

Equally fatuous is the letter’s assertion that “future Congresses could modify the terms of the agreement at any time”. Congress can nullify the agreement by passing legislation that contradicts it but can’t renegotiate it. And the claim that the next president could “revoke the agreement with the stroke of a pen”, ignores the fact that the Iran nuclear agreement, if signed, will become binding international law through a United Nations Security Council resolution, as Iranian Foreign Minister Mohammad Javad Zarif has pointed out.

The letter has provoked the charge of “treason” against the signers and a demand for charges against them for negotiating with a foreign government in violation of the Logan Act. In a little over 24 hours, more than 200,000 people had signed a petition on the White House website calling such charges to be filed.

But although that route may seem satisfying at first thought, it is problematic for both legal and political reasons. The Logan Act was passed in 1799, and has never been used successfully to convict anyone, mainly because it was written more than a century before US courts created legal standards for the protection of first amendment speech rights. And it is unclear whether the Logan Act was even meant to apply to members of Congress anyway.

The more serious problem with focusing on the Logan Act, however, is that what Cotton and his Republican colleagues were doing was not negotiating with a foreign government but trying to influence the outcome of negotiations in the interest of a foreign government. The premise of the Senate Republican reflected in the letter – that Iran must not be allowed to have any enrichment capacity whatever – did not appear spontaneously. The views that Cotton and the other Republicans have espoused on Iran were the product of assiduous lobbying by Israeli agents of influence using the inducement of promises of election funding and the threat of support for the members’ opponents in future elections.

Those members of Congress don’t arrive at their positions on issues related to Iran through discussion and debate among themselves. They are given their marching orders by AIPAC lobbyists, and time after time, they sign the letters and vote for legislation or resolution that they are given, as former AIPAC lobbyist MJ Rosenberg has recalled. This Israeli exercise of control over Congress on Iran and issues of concern to Israel resembles the Soviet direction of its satellite regimes and loyal Communist parties more than any democratic process, but with campaign contributions replacing the inducements that kept its bloc allies in line.

Rosenberg has reasoned that AIPAC must have drafted the letter and handed it to Senator Cotton. “Nothing happens on Capitol Hill related to Israel,” he tweets, “unless and until Howard Kohr (AIPAC chief) wants it to happen. Nothing.” AIPAC apparently supported the letter, but there may be more to the story. Senator Cotton just happens to be a protégé of neoconservative political kingpin Bill Kristol, whose Emergency Committee on Israel gave him nearly a million dollars late in his 2014 Senate campaign and guaranteed that Cotton would have the support of the four biggest funders of major anti-Iran organisations.

Cotton proved his absolute fealty to Likudist policy on Iran by sponsoring an amendment to the Nuclear Iran Prevention Act of 2013 that would have punished violators of the sanctions against Iran with prison sentences of up to 20 years and extended the punishment to “a spouse and any relative, to the third degree” of the sanctions violator. In presenting the amendment in the House Foreign Affairs Committee, Cotton provided the useful clarification that it would have included “parents, children, aunts, uncles, nephews, nieces, grandparents, great grandparents, grandkids, great grandkids”.

That amendment, which he apparently believed would best reflect his adoption of the Israeli view of how to cut Iran down to size, was unsuccessful, but it established his reliability in the eyes of the Republican Likudist kingmakers. Now Kristol is grooming him to be the vice-presidential nominee in 2016.

So the real story behind the letter from Cotton and his Republican colleagues is how the enforcers of Likudist policy on Iran used an ambitious young Republican politician to try to provoke a breakdown in the Iran nuclear negotiations. The issue it raises is a far more serious issue than the Logan Act, but thus far major news organisations have steered clear of that story.