Efrat Yerday
Until we see clearly that Israel uses the same techniques on Ethiopian Jews and Palestinians, we can't start to fight oppression 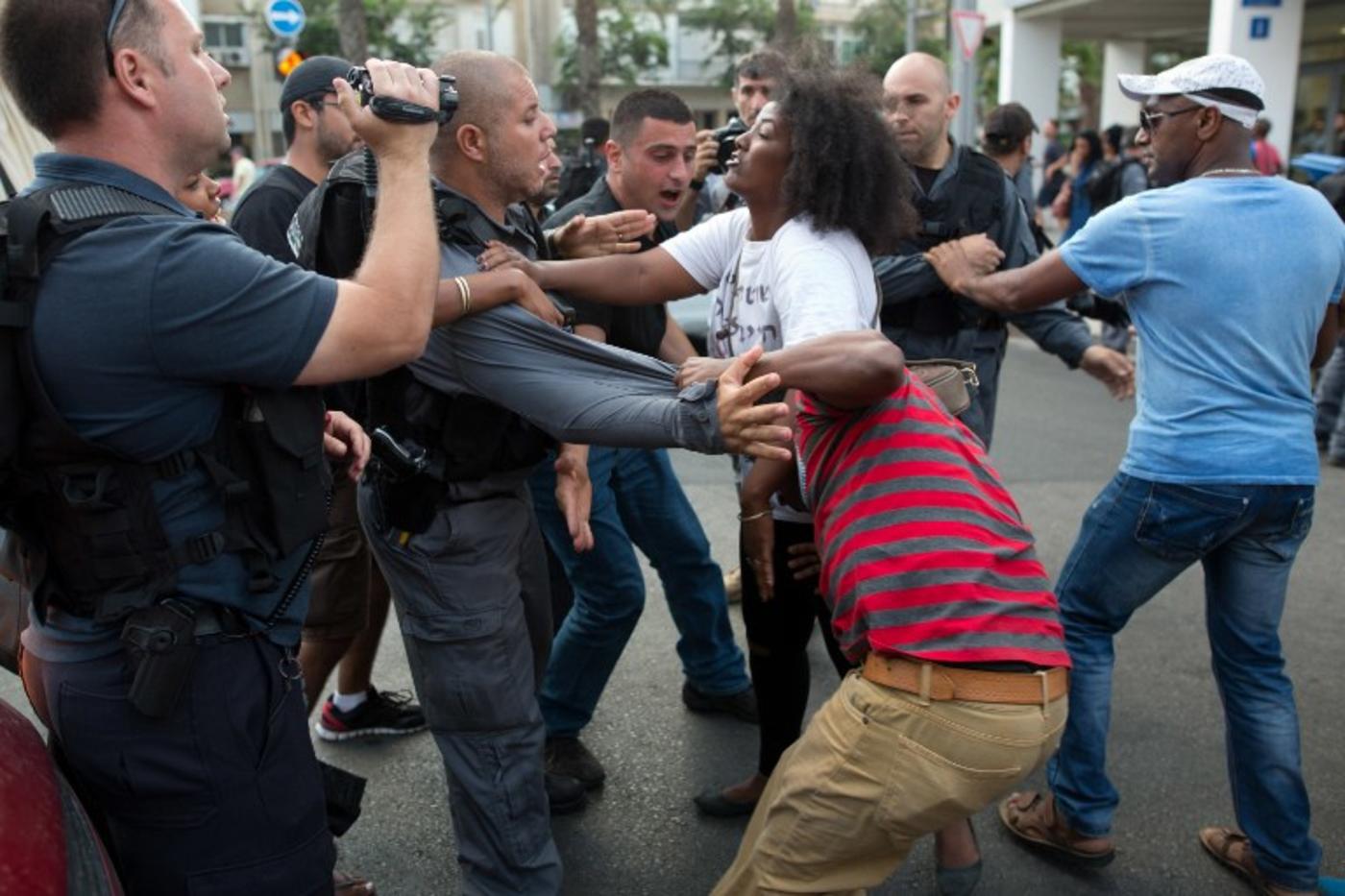 This month’s UN Economic and Social Commission for Western Asia report which accused Israel of imposing an apartheid regime on Palestinians has made headlines and even led to the resignation of the head of the agency.

But a week before that report came out, the US State Department released its annual human rights report. The report devoted more pages – 141 in total - to the situation in Israel and the occupied Palestinian territories than any country other than China.

Police brutality against Palestinians and Ethiopian Jews, both highlighted in the State Department’s report, are two sides of the very same system of oppression

Even more importantly, for the first time, the report went into great detail about the “persistent societal discrimination” in Israel against Ethiopian Jews.

However, the majority of the report focused on police brutality against Ethiopian Israelis in light of the police beating of Ethiopian Israeli soldier Demas Fekadeh in Tel Aviv caught on a video released in April 2015.

In the weeks after the video’s release, thousands of Ethiopian Israelis and supporters held protests against discrimination and police brutality, with some resulting in clashes with the police.

What happened to Demas Fekadeh is not isolated. Such incidents of police harassment of Ethiopian Israelis are common, but this one was simply caught on video.

Two sides of the same coin

The truth is that police brutality against Palestinians and Ethiopian Jews, both highlighted in the State Department’s report, are two sides of the very same system of oppression.

Yet the former is considered legitimate, allowing Israelis to keep a clean conscious, justified by "security reasons" while the latter leaves Israeli-Jewish society with a slight sense of guilt – but only a little because of how the hierarchy of Israeli citizenship works.

The original sin of the Jewish state wasn't necessarily the occupation, but an earlier one: the sin of white supremacy

When the Jewish state claims to give every Jew in need the opportunity to naturalise, you have to read the fine print and conditions of citizenship that very specific groups of people face. The only groups that have conditions such as conversion and quotas imposed upon them happen to be from brown origins: Latin America, India and Ethiopia (as far as we know).

The original sin of the Jewish state wasn't necessarily the occupation, but an earlier one: the sin of white supremacy that was quite conventional worldwide before World War II - and continues to operate today.

In recent years, the public discourse within Jewish society in Israel and abroad is getting more and more divided into one narrow perspective: Zionism and anti-Zionism. This narrow dichotomy of discourse does not allow for other, sometimes radical, perspectives and has been used by the Israeli establishment to blur the racialisation and white supremacy among Jewish people in Israel.

Instead of openly talking about racism or white supremacy, Israelis uses different kinds of euphemisms that serve to perpetuate the very same system of oppression on Jews and non-Jews alike.

Instead of discussing Ethiopian Israelis as citizens, for example, they use the term "eda" which essentially means tribe or ethnic group or minority. And in place of “racism”, they say "kipuach"  which is a way of saying someone didn’t get their full rights, but doesn’t quite measure up to racism. These terms soften conversation, as though what is being discussed is a minor argument between brothers and sisters (Jewish, of course).

When we decode these euphemisms and we look at history and the strong denial of racism within Jewish society, it is impossible to miss the infrastructures of hierarchical citizenship that rely on white supremacy.

In other words, while white supremacy in the US was established on a very clear history of oppression embedded in the country’s constitution, the Israeli version leans on Zionism and Judaism as a constitutional and legal form of a state.

Without digging deeply, Israelis who are not white would not be able to detect the similarity between one type of oppression and another.

Many argue that this reality of racism will fade out in the next generation – the same one that happens to be the fourth generation of North African and Middle Eastern immigrants after 1948. They delusionally cite mixed marriages, Obama’s election or how many Mizrahis are in politics, as though it’s only a matter of time.

Compared to the reports from 2012 to 2015, the US State Department’s report, published on 3 March, offered the most detailed account yet into violations of the human rights of Ethiopian Jews.

But as a result of the way it is organised  – Israel vs the Occupied Territories - it fails to make the connection between the same practices that have been used by the government in the occupied territories and those used within Israel. Take, for example, the crowd-control methods being used against both Ethiopians and Palestinians.

Separating the practices of the government in Israel from its practices in the occupied territories only encourages the false idea of the ‘"ingathering the exiles", the same idea that shaped the main cause for a Jewish state.

As it is written in Israel’s declaration of independence (megilat Ha'atzmaut):

"The state of Israel will be open for Jewish immigration and for the Ingathering of the Exiles; it will foster the development of the country for the benefit of all its inhabitants; it will be based on freedom, justice and peace as envisaged by the prophets of Israel; it will ensure complete equality of social and political rights to all its inhabitants irrespective of religion, race or sex; it will guarantee freedom of religion, conscience, language, education and culture; it will safeguard the Holy Places of all religions; and it will be faithful to the principles of the Charter of the United Nations."

But instead of developing a system of equal rights as the state of Israel claimed it would in its canonic text of legitimation, it has developed a mechanism of hierarchical citizenship within the Jewish people and toward non-Jewish constitutionally.

In order to understand and act against different kinds of oppression, one must understand the tricky and sophisticated practices of oppression which act in the same way around the globe – and between Israel and the occupied territories.

Once we can expose the way the state continues to divide us, we will be smarter and able to march toward better days.

- Efrat Yerday is a columnist and a lecturer at Ben Gurion University. Her writing confronts issues of historiography, racism and the lack of opportunities for people of colour in the Jewish society in Israel.

Photo: Ethiopian Israeli protestors scuffle with Israeli police during a demonstration against police brutality and racism, in the centre of Tel Aviv on 22 June 2015 (AFP)