Nada Elia
With a Harvard Law Review legal opinion, opposition to the muzzling of pro-Palestine speech is growing, in both academia and wider society 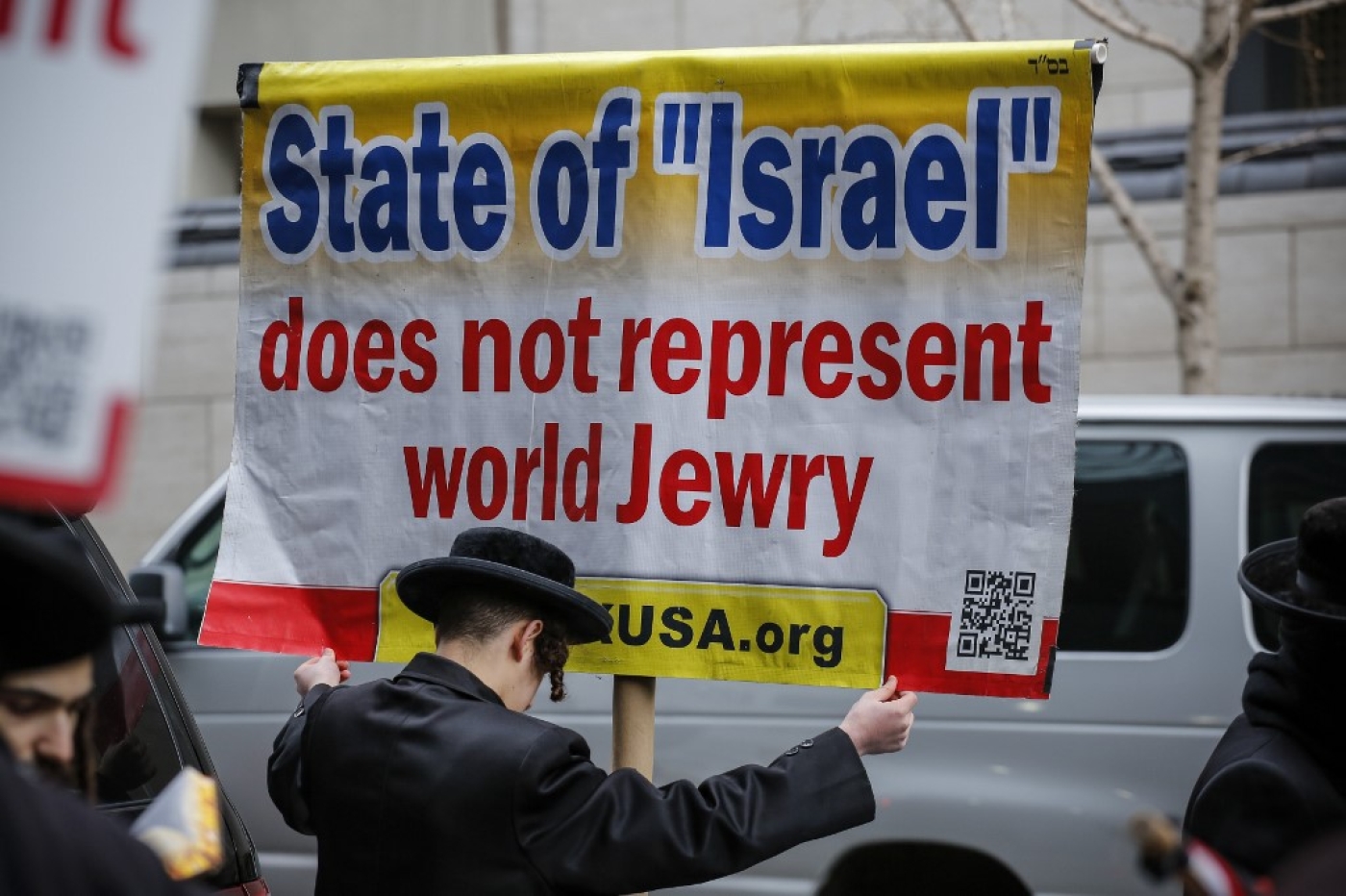 For Palestine rights activists, the 10 February Harvard Law Review editorial board statement that BDS is not a discriminatory practice, and should not be banned as such, came as a soothing balm on an open wound.

Harvard University is one of the most prestigious academic institutions in the world, and the statement the editors of the Law Review issued was amply documented, referenced, and assertive. "This Note debunks the claim that BDS constitutes legally cognizable discrimination," the editors wrote in their introductory comments, adding that "anti-BDS laws are not backed by a valid anti-discrimination interest.”

It can only be hoped that this statement will put an end to the muzzling of anti-Zionist, pro-BDS speech, despite two early 2020 incidents that made national headlines, shortly before it was issued.

The first was the firing of a US teacher over statements on social media; the second when a journalist was dismissed from a conference spot after refusing to sign an anti-BDS (boycott, divestment and sanctions) pledge.

And journalist and filmmaker Abby Martin was blocked from giving a keynote address at a media conference when she refused to sign a pledge not to boycott Israel. Martin most recently directed the documentary Gaza Fights for Freedom, with footage of Israeli soldiers shooting unarmed protesters during the Great March of Return.

These two events - and the vigorous response against the muzzling of anti-Zionist speech - reveal the extent to which the battle against censorship is growing, as well as the deepening divisions within Jewish communities over unquestioning support for, or criticism of, Zionism.

A letter in support of Brager, signed by hundreds of Fieldston alumni, queers, Jews and allies, was sent to the school’s administration, expressing outrage at the firing, and demanding the reinstatement of Brager.

The letter states that the Fieldston community itself is divided over support for Israel, with “a small set of conservative parents” seeking to censor progressive voices, and criticises the school for aligning with the wrong faction in firing Brager.

The letter was followed by a separate letter of support, signed by dozens of Jewish spiritual leaders and educators, that called on the Fieldston board to reinstate Brager, publicly apologise, and clarify the distinction between antisemitism and anti-Zionism.

There is no shutting down the conversation, and no way to plaster over the alienation felt by a growing number of progressive Jews about Israel and Zionism

The letter argues: “By firing Dr Brager you send a strong message to your students - that dissent should be feared, that expressing one’s right to free speech has limitations, that differing opinions will not be tolerated, that there is one story of history that can be allowed, and there is one kind of Jewish person.” At the time of writing, however, Brager had not been reinstated at the school.

Meanwhile, in Georgia, the controversy over the banning of Martin at the International Critical Media Literacy Conference, and the support by colleagues of the journalist’s right to speak, despite Georgia’s anti-BDS law, according to Martin, resulted in the cancellation of the entire conference.

While the censorship itself, as well as opposition to that censorship in the form of petitions and letters, is not new, the resistance is taking on a new dimension, as a handful of professors have gone on the offensive by suing the institutions muzzling them. These professors are fighting to retain their rights to free speech, both in the academy and on social media.

Last year, Professor Rabab Abdulhadi sued San Francisco State University, where she heads the Arab and Muslim Ethnicities and Diasporas programme, for creating a hostile environment that has prevented her from accomplishing her scholarly work, including research delegations to Palestine.

Abdulhadi’s lawsuit seeks a court order to fund the programme, as contractually stipulated, and to implement institutional remedies to Islamophobia, anti-Arab and anti-Palestinian racism, along with financial damages. No court date has been set as of yet.

Later last year Rima Najjar, a retired professor, filed a suit against Quora, a “question-and-answer” social media site that permanently banned her because she was critical of Zionism - something Quora considered a violation of its “be nice, be respectful” guidelines.

Najjar is demanding the reinstatement of her account, and a court order requiring Quora to cease and desist from discriminating against users based on Palestinian origin or anti-Zionist political opinions. Dr Najjar's attorney says they do not expect an answer until early March.

MEE spoke with Najjar, who explained that she first decided to post on the forum when she noticed that answers from the site appeared prominently in internet searches for information about Palestine and Israel, but often contained false information. Seeking to redress this bias, she started publishing on the site, becoming a prolific contributor from 2016 to mid-2019, when she was permanently banned, with all her well-researched and well-cited responses deleted.

Social media may seem very far removed from academia, but for many professors, it is just another educational forum that can reach thousands more than the couple of dozen students in a classroom. As Najjar told MEE: “Social media is important because it has the power to influence public opinion and, in turn, political and social movements and policies.”

She pointed to Israel’s campaign for global influence, which “has long used social media to churn out literature falsely portraying Zionism as a form of anti-racist resistance and justice for Jews worldwide, while denying Palestinian national identity. This activity has been accompanied, in my case, by a concerted campaign of harassment and censorship by Zionists and Israelis.” Under Trump, the Israel lobby is a Hydra with many heads
Read More »

The impact of social media on popular discourse about Israel and Palestine is recognised by university and school administrators, who penalise faculty for what they post there.

Brager was fired from Fieldston over posts on Twitter, rather than anything said in the classroom. School administrators use the weaponised charge of antisemitism, or lack of “civility”, to censor and penalise criticism of Israel.

But there is no shutting down the conversation, and no way to plaster over the alienation felt by a growing number of progressive Jews about Israel and Zionism. The desire by progressive Jews to openly dissociate themselves from Zionism, and to enact their support for Palestinian rights, is becoming more obvious with each new piece of legislation against BDS, and with each attempt at censorship of speech critical of Israel.

The Palestinian Freedom 2020 bus, carrying a group of students organised by Jewish Voice for Peace Action, is currently touring the nation, trailing Democratic presidential candidates with the message that a critical mass of Jews support Palestinian rights. As Brager tweeted: “I refuse to ‘reaffirm the value’ of ethnonationalist settler colonialism. I support BDS and Palestinian sovereignty and I have for my entire adult life.”

The muzzling of free speech has catalysed an increased determination ... to more adamantly denounce legislation that upholds Zionism

Rather than silence criticism of Israel, the muzzling of free speech has catalysed an increased determination - on the part of Palestinian, Jewish and allied faculty and students who are supportive of Palestinian rights - not to be shut down, and to more adamantly denounce legislation that upholds Zionism and criminalises solidarity with the oppressed.

And with legal support provided by groups such as Palestine Legal and the Center for Constitutional Rights, we can expect more litigation against censorship this year. 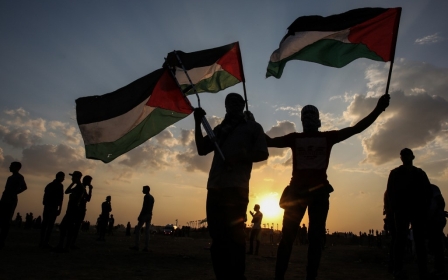