The riddle of the UK’s young jihadis

Myriam Francois
These kids are our kids - they are products of Western culture, and we owe it to ourselves to ask what it is about our current culture which makes the appeal of joining a nihilistic anti-Western guerilla group a more attractive prospect than remaining in the UK 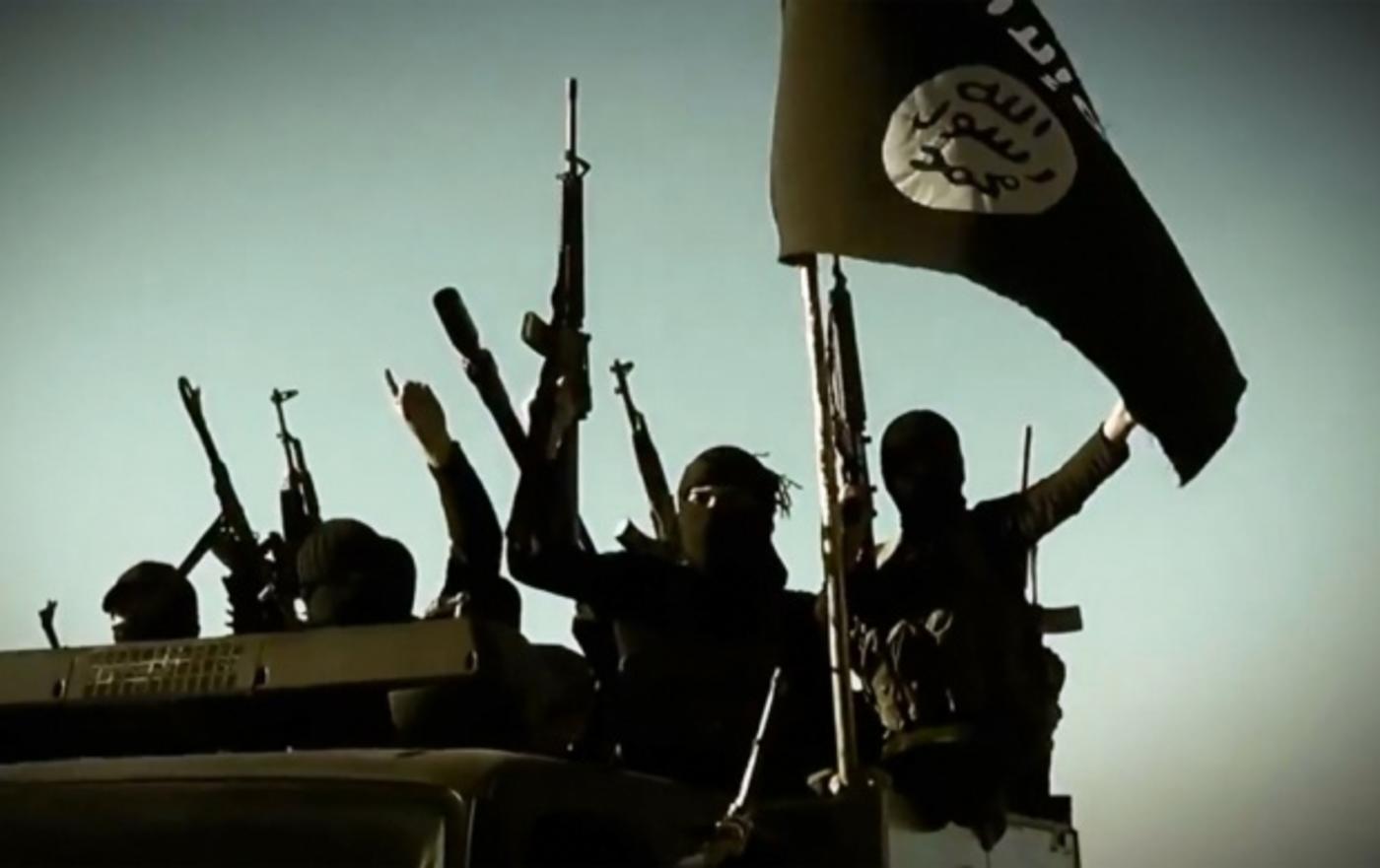 Of the many questions raised by the young British Muslims joining Islamic State, one has been why “middle-class” Britons would leave the trappings of their comfortable life for near-certain death in a foreign conflict.

According to intelligence sources, most British jihadists are in their 20s, are university-educated and are Muslims of British Pakistani origin. Much has been made in the media about university offers, comfortable homes, and in the case of Aqsa Mahmood the fact she “listened to Coldplay and read Harry Potter”.

But why does their so-called “middle class” status seemingly render their choices any more incomprehensible than, say, if they were working class? Is it to do with the underlying suspicion of the working classes and their always latent potential for revolt? We don’t expect middle-class kids to turn bad because we expect “middle class” to mean accession to all that society has to offer and well -  what more could anyone want?

Well for a start, it is not entirely clear that many of the fighters are indeed middle class by any measure of the term. As Shiraz Maher, a Senior Fellow at the International Centre for the Study of Radicalisation, King's College London, points out: “British jihadis may be much better off than Muslims from the continent, but they're not 'middle class' by UK standards.”

A brief perusal of the most high-profile cases suggests they are individuals from modest backgrounds -  a former car-park attendant, a Primark supervisor, or unemployed; many are from some of the UK’s most deprived communities and from some of our poorest cities (Cardiff, Portsmouth) and neighbourhoods.  As the rapper turned fighter L Jinny, aka Abdel-Majed Abdel-Bary, described in his music prior to joining IS, financial concerns were not entirely irrelevant to his life: “I’m trying to change my ways, but there’s blood on my hands, and I can’t change my ways until there’s funds in the bank.“

The discussion pertaining to the social class of these fighters also ignores two important considerations. Economic dislocation can also affect the middle classes, many of whom have high aspirations and find these thwarted once they enter the job market. What’s more, being middle class doesn’t mean uncritically accepting the parameters of one’s society, which might be perceived as dealing unjustly with those one identifies with the most - the poor;  immigrants; co-religionists at home or abroad.

Why do we imagine that being middle class should prevent someone from being vulnerable to an extremist ideology? If anything, history is replete with middle-class, university-educated social misfits who put their skills to the service of renegade groups.

Rather, what shocks our sensibilities is the question of how someone goes from “Nandos [restaurants] and PS4s [PlayStations]”, as one jihadi described life in the UK, to explosives and makeshift camps? If consumerism is the ideology that speaketh not its name, then how could these “middle-class” kids have slipped through the net and been open to an entirely other, oppositional ideology?

That those who are deemed to have reached the ranks of material success could turn their backs on it is utterly unintelligible because material success is the pinnacle of achievement in “free”, capitalist societies. Here, the term “middle class” serves as a shorthand for a sense of “Western freedom”, in which individual freedom is confused with and used interchangeably with consumer choice. The ability to consume should be setting us free -  why would anyone reject freedom?

Implicit within this discourse is that those who seemingly do not find their “peace” in the capitalist conception of freedom and happiness must somehow be resistant to our “ideals”. The renegade middle-classers then take on the role of a fifth column in our midst, those intractables who had it all could be turned; those trendy, party-going Muslims among you – even they represent a latent threat, a ticking time bomb of simmering anger that even shopping couldn’t cure.

These kids are our kids; they are products of Western culture, and we owe it to ourselves to ask what it is about our current culture that makes the appeal of joining a nihilistic anti-Western guerrilla group a more attractive prospect than remaining in the UK.

How are democracy, freedom and human rights being rejected in favour of an austere and violent understanding of Sharia law? The tendency is to locate the root of the problem elsewhere - within Islam, the fault of the misnomer which is religion, the last vestige of resistance to full integration within the capitalist dream of fashion consumption and reality TV dreams.

But even liberal democracies’ greatest advocates have argued that the 21st century has been a “rotten one for the Western model”. What if the values we claim to hold so dear have begun to ring hollow for many young people and more so even, for the young people targeted by Islamic State propaganda?

We can’t ignore the prevalence of recent “converts” (in the broad sense) among the fighters, young people with little knowledge of a faith they are then depicted as fighting in the name of. These individuals fit the profile not so much of spiritual devotees than that of young people attracted to an oppositional ideology, angry misfits emboldened by a pseudo-cosmic narrative.

It’s a virtual truism today to point out that young people are disillusioned with politics and wary of politicians. In the 2010 general election in the UK, only 44% of 18- to 24-year-olds voted, the lowest turnout of all age groups and the apathetic subset from whence our young jihadis are drawn.

The same young people who have heard charades of democracy bandied about to justify Western interventionism, who have grown up experiencing the impact of the war on terror, and whose identity as Muslims has seen them labelled suspect citizens have little faith in the system.

The fact the actor turned social activist Russell Brand has created his own movement for “Revolution”, with alternative news (the Trews, with viewing figures to rival some mainstream news channels!), points to this broader state of malaise. Brand’s appeal is rooted in this wider cynicism with the vacuousness of the fame/money charade, which his personal narrative of megastar turning his back (!) on fame and fortune to focus on yoga and justice - embodies.

Brand offers young people a vindication of an alternative value system. His voice a vent for a smouldering resentment of the political class. But for those disproportionately represented in the overlapping circles of alienation - poverty, racism, politico-media witch hunts - is it any surprise this translates as a call for a more radical, violent revolution to create the “just” state.

Young people aren’t apolitical. The more mainstream appeal of movements such as Occupy and other grassroots political initiatives (Citizens UK) point to a very real interest in political matters outside of the Westminster paradigm.

But when alternative models of political expression are attempted, they are typically derided, ignored and even repressed, dismissed as the youthful folly of over-exuberant marginals, rather than recognised as the cri de coeur of a much broader segment within society which feels it doesn’t have a voice. These young fighters are merely the tip of an alienation iceberg.

For those left out of “success” as it has previously been defined, other ways of asserting one’s self worth are being sought. The “lost generation” has been blasted with fantasies of achievement and wealth but the reality is that a child from a modest background is less likely than ever to break the cycle of generational under-achievement.

As they find the traditional routes advocated to achieve that success closed to them, young people become deeply sceptical about society’s claims and more susceptible to a counter-narrative.

"The reality about the guerrilla group that arrogates the term “Islamic State” is, if you take away the word “Islamic”, what you have are young, disillusioned Europeans entranced by the concept of an idealised state, a utopia to rival the hollow claims of a system that has failed them."

This isn’t to say Western or European cultures have nothing positive to offer. On the contrary, the fact that so many young fighters seem disillusioned with their foray into jihadism suggests they are beginning to recognise that for all the loss of democratic principles, for all the attempts to curtail civil liberties and erode basic freedoms, there is still much at good at home. But we mustn’t persist in the folly of assuming the appeal of anti-Western “jihad” has no connection to our current state of affairs.

In his book “Did Somebody Say Totalitarianism”, the Slovenian philosopher Slavoj Zizek argues that the liberal-democratic consensus of the modern age acts as a form of totalitarianism, impeding the imagination of alternative ways of being and doing.

For many young people who may have good reason to feel disillusioned with the current state of affairs, the oppressive mantra that liberal democracy somehow represents “the end of history” - something even Francis Fukuyama, author of the book of that title, has mitigated - engenders of a sense of a helplessness and apathy.

If this is as good as it gets, and we are not permitted to think beyond, then why bother? Or, as some clearly conclude, perhaps the system itself is the problem.

-Myriam Francois-Cerrah is a Franco-British journalist, broadcaster and writer with a focus on current affairs, France and the Middle East.
The views expressed in this article belong to the author and do not necessarily reflect the editorial policy of Middle East Eye.
Photo: An image grab taken from an IS video released by al-Furqan Media (AFP/HO/AL-FURQAN MEDIA)