Russia, the middleman keeping Turkey and Syria from clashing

The Turkish military reported on 24 November that an air attack, allegedly by Syrian government forces, killed three of its soldiers and wounded 10 near the northern Syrian city of al-Bab. A few hours later, seven more Turkish soldiers were wounded in a second attack.

It was the first time that had Turkey blamed the Assad government for a deadly strike on its troops during Ankara's three-month campaign inside Syria.

The absence of Syrian rebels among the targeted soldiers and the repeated attacks on the same location raised major questions: what was the motivation behind the attacks and how would they affect the dynamics of the war?

And, most importantly, were the Turkish soldiers deliberately targeted?

The Turkish-backed offensive, a coalition of Syrian rebel groups supported by Turkish troops, was launched on 24 August to take the border town of Jarabulus to target the Islamic State group, and also to hamper the aims of both the Syrian Kurdish forces, which are considered a threat to Turkey because of their affiliation with the outlawed PKK.

Turkey’s offensive was preceded by a rapprochement with Russia after an eight-month rift triggered by Turkey’s downing of a Russian fighter jet in late 2015. The rekindling of ties led to speculation about a secret deal on Syria between Turkey and Russia.

The absence of military attacks between Turkey and the Syrian regime, despite their mutual hostility, lends credibility to this speculation.

However, this alleged Turkey-Russia agreement was also reported as a potential reason behind the attack.

Why Turkish forces were attacked

There are several potential reasons, either individually or collectively, that may explain the attack on the Turkish forces.

The attack, as was reported, may have been a warning shot to keep Turkey away from al-Bab.

There is also a common assumption among some experts that Russia, despite its approval of the Turkish-led operation, will not permit Turkish-backed groups to capture al-Bab because Russia fears Turkey and its Syrian rebel allies will then be able to threaten the Syrian government's Aleppo operation.

Lending credence to this claim is a report that the Syrian regime bombed Turkish-backed groups on 25 October when Turkish forces clashed with the Kurdish-led forces.

Sabotaging the new cooperation between Turkey and Russia, which could pose a long-term threat to Syrian President Bashar al-Assad and his allies, could be another reason.

“Assad and Iran, although for different reasons, are not happy with the restored ties between Russia and Turkey,” a London-based diplomatic source, who spoke on condition of anonymity, told me this week.

“Assad fears that such a cooperation may in the long term lead to a political settlement that forces him to share power with opposition groups.

"Iran, also, fears that the two countries [Russia and Turkey] share a common interest in limiting its influence in Syria, and therefore might have colluded with Assad to sabotage these restored relations.”

The attack also came on the first anniversary of Turkey shooting down a Russian warplane over Syria, which led to speculation that it was an act of revenge.

The people in favour of this explanation argue that, even if Russia was not directly responsible, the Syrian regime would not dare to take such an action without receiving a green light from Russia.

The attack raised fears of an escalation in an already complex conflict. However, a closer look at the reactions that followed that incident over the past week shows that such a probability is slim.

Turkey refused to withdraw its forces from Syria after the attack and put two of its fighter jets on emergency standby.

The tension escalated even further when the Turkish president, Recep Tayyip Erdogan, stated on 29 November for the first time that his country intervened in Syria to “end the rule of the cruel Assad, who has been spreading state terror”.

However, in a sudden shift – even though Erdogan and Putin were engaged in talks - Turkey started to use more diplomatic language towards the Syrian regime.

Three days after his "cruel Assad" comments, Erdogan said that the target of Turkey’s offensive in Syria was not a particular country or individual but solely terrorist organisations.

On the same day, the Turkish foreign minister changed an earlier statement demonstrating that Russia confirmed the Syrian regime’s responsibility for the attack.

He stated that his Russian counterpart said that neither Russia nor the regime were responsible for the attack and a translation mistake made people publish the opposite of what he said.

Moreover, it was recently reported that Turkey is brokering talks in Ankara between Russia and Syrian rebels to end the fighting in Aleppo, which may explain the sudden shift and indicate that the attack incident has been addressed.

If Turkey were to succeed in brokering such a deal, it would likely improve its relations with Russia and secure a more active political role in the conflict, which would further empower Russia and sideline the US.

The recent decrease in Turkey’s escalation towards the Syrian regime indicates that ties between Russia and Turkey are strong, which renders slim the possibility of a military confrontation with the Syrian regime.

It also indicates that Turkey’s attempt to capture al-Bab is likely to be permitted and guaranteed by Russia. 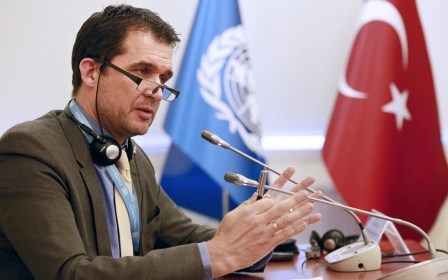 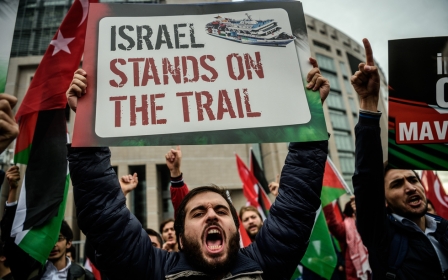 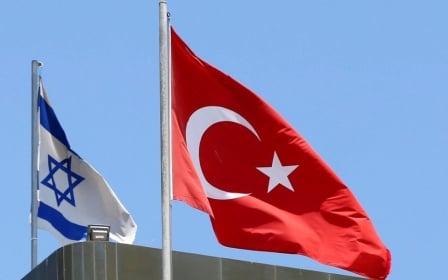