Hafsa Kara-Mustapha
Khan has courted Israel at the expense of the Palestinians, of whose cause his London voters have been increasingly supportive 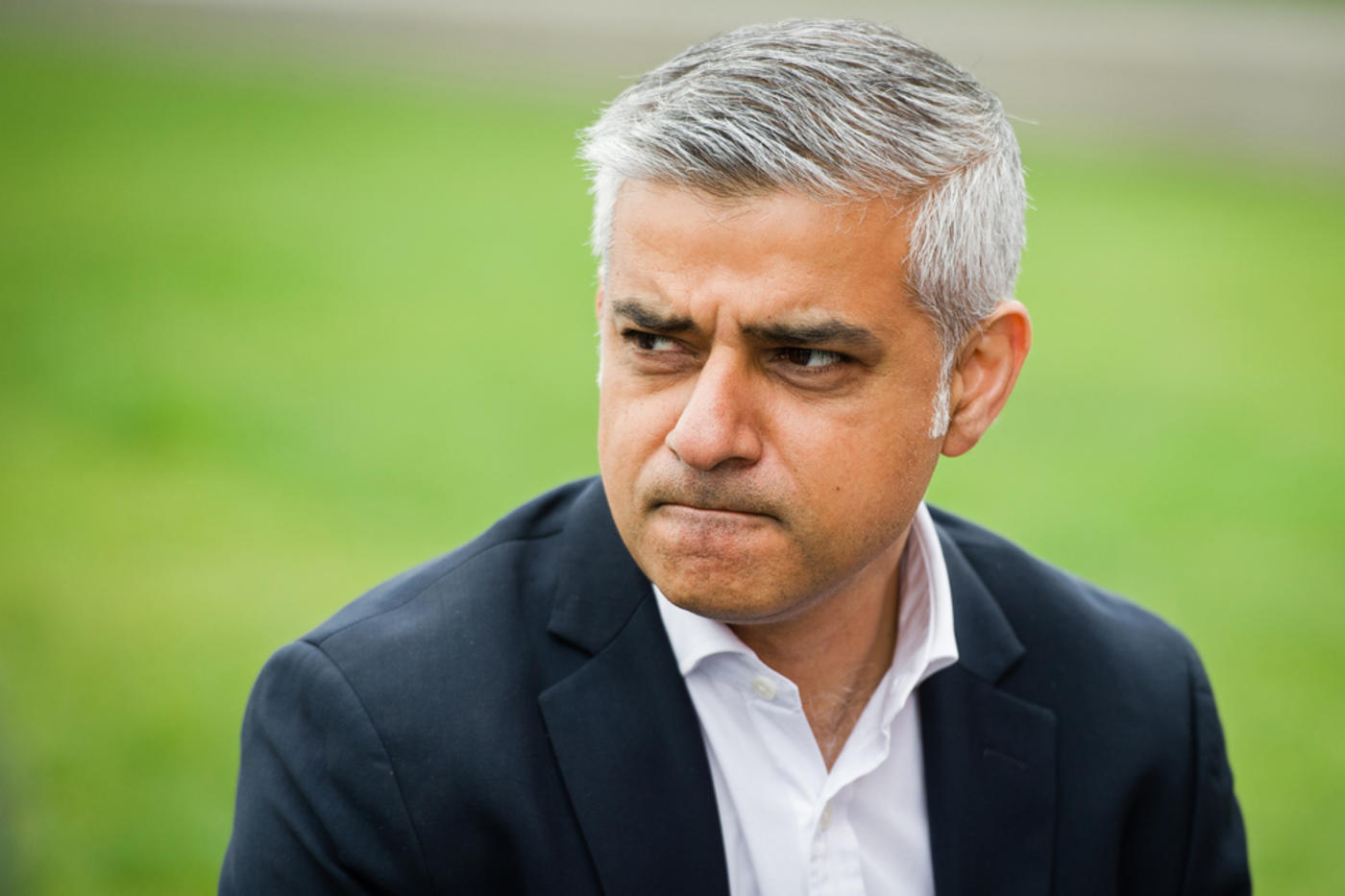 A few weeks into his mandate and the politician continues to enjoy positive coverage from a normally hostile press.

Yet for all the personal praise he attracted as a result of his victory - it was described as historic - his first acts in office reveal another side to the man.

When his candidacy was first announced back in September, the Tooting MP insisted his campaign and consequent term in office would be focused on the issues that mattered to London. He said international issues such as the Palestine-Israel conflict would not feature in his programme.

Yet a week after being chosen as the Labour Party's candidate, Sadiq Khan gave an interview to the Daily Mail where he outlined his plan to support a festival showcasing Tel Aviv. He vowed to oppose the initiative launched to oppose Israel's illegal occupation of Palestinian land - the Boycott Divestment and Sanctions (BDS).

He also stated that his party leader Jeremy Corbyn's attempts to engage with Palestinian and Lebanese organisations such as Hamas and Hezbollah would turn London into a potential terror target. It rapidly emerged that what he meant when he said that he refused to be drawn into foreign affairs was that he refused to acknowledge the Palestinian narrative in the Middle East.

Siding with the Israeli narrative, and what it does and stands for, was obviously going to make life safer for a prospective mayor of London.

Desperate to court one tranche of the electorate, he blatantly neglected another.

At a time when Islamophobic attacks are on the increase and hijab-wearing women are primary targets, Khan painted them as "suspicious" and alien to the London he was familiar with, adding to the climate of hostility these visible members of the Muslim community were suffering.

Had similar statements been uttered by any other candidate, accusations of Islamophobia and bigotry would have been flying. Instead, media coverage focused on the racist campaign of his opponent Zac Goldsmith, which turned Khan into a victim.

For one thing, many saw in a vote for Khan a means to support Jeremy Corbyn, who was by the time of the mayoral election bogged down in a fabricated scandal over anti-Semitism in the Labour Party.

It is also worth noting that the Tory Party is well into its second term in office. Mid-term elections are often a way by which electorates punish the party in government. London's mayoral election was no exception.

Ultimately, while Sadiq Khan's score remains impressive, he won on the back of Corbyn's popularity and Cameron's increasing lack of it.

But international headlines never really looked at the bigger picture of British politics and instead chose to focus on the attractive buzzword that London had elected its first Muslim mayor.

Hardly a feat, since London has only had two others in its history; a third one emanating from the largest minority in the capital is barely surprising.

After all, would anyone ever express surprise at New York electing a Jewish mayor?

Admittedly, the current climate of Islamophobia did make his election appear improbable at times, but the reality was that Londoners simply did not elect a "Muslim" but the "Labour guy". Whether he had been called Khan, Kahn or Caan, it would have made little difference to an electorate keen on punishing the Conservative party in power.

In the run-up to the elections, Khan told the Jewish Chronicle that his commitment to Israel could not be challenged.

A worrying statement if ever there was one. The Jewish electorate, relatively small in number, is  split over the issue of Israel and many London Jews would recoil at the idea of being associated with a state that is in violation of 67 UN resolutions.

While influential Zionist organisations claim that support for Israel is a matter for all Jews, the reality is that many Jews contest this association and do not support a country whose colonial policies they fiercely oppose.

The ambitious Khan was in fact never really courting the "Jewish" vote which is relatively small, but rather the pro- Israel lobby which is embedded in the highest echelons of Britain's political establishment. How else could an innocuous Facebook post, first posted by Jewish academic Norman Finkelstein, almost lead to the implosion of Britain's main opposition party?

This is something countless Jewish voices have denounced in recent weeks to a media intent on presenting all of Britain's 250,000 Jews as pro-Israel.

Sadiq Khan realised which side his bread was buttered on and decided to court one lobby at the expense of the vast majority of his voters. His first official engagement as mayor of London was alongside the former face of Israel's Operation Cast Lead, Mark Regev, a face many Holocaust survivors or their descendants would deplore being associated with.

Khan made his father's profession a major feature in his campaign, and maintained that his working-class credentials - he is the son of a bus driver in case anyone missed this - would make him the "inclusive" mayor par excellence.

Yet when the Palestine Solidarity Campaign (PSC) invited him to an event commemorating the Nakba or catastrophe, marking the expulsion and ethnic cleansing in 1948 of Palestinians, Khan ignored it.

Perhaps more revealing was his response to a question from a listener to a radio show he was on. Asked why he had ignored the PSC's invite despite claiming to be an inclusive mayor, he launched an interminable explanation about attending a Holocaust memorial ceremony.

But why bring in the Holocaust when discussing the Palestinian Nakba? What was this "inclusive" mayor attempting to do?

Was he linking the two events? Was he openly saying that Holocaust survivors are more important? Why the association?

Furthermore, he then used this question about attending an important event in which Britain played a historic role (it was, after all, the British Lord Balfour who offered Palestine, a land which did not belong to Britain, to European settlers from Eastern Europe) to denounce anti-Semitism. Again where is the connection? What does the displacement of millions of Palestinians from their land, the destruction of scores of villages, the slaughter of thousands of Palestinian men and women, have to do with anti-Semitism in London?

The subliminal link Khan was making is alarming and forces one to ask serious questions about Khan's ability to be London's "inclusive" mayor simply by virtue of being from an ethnic minority.

Time and again Khan has openly sided with Israel to the detriment of the Palestinians, of whose cause Londoners have been increasingly supportive.

As the anti-Semitism/anti-Zionism row continues to rock the Labour Party, one thing at least has emerged since May's election: you do not have to be Jewish to be Zionist, in fact, you can be a Muslim too. Mayor Khan is the proof of this. 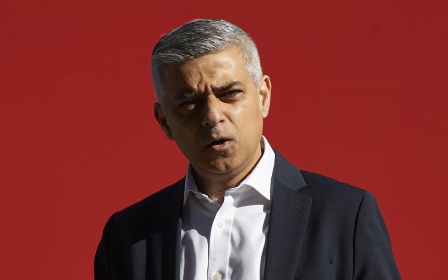 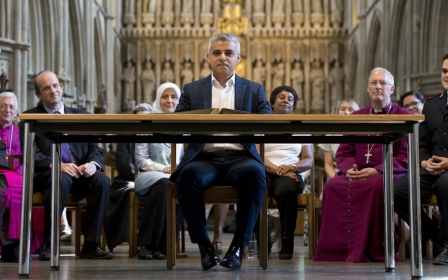 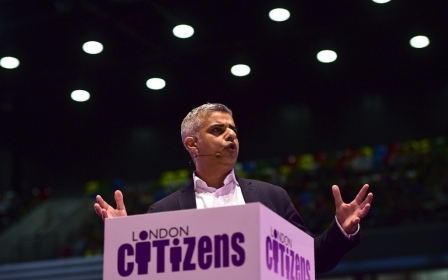