Rachel Ziemba
Since the collapse in oil prices, the spread of coronavirus has ramped up pressure on the global economy 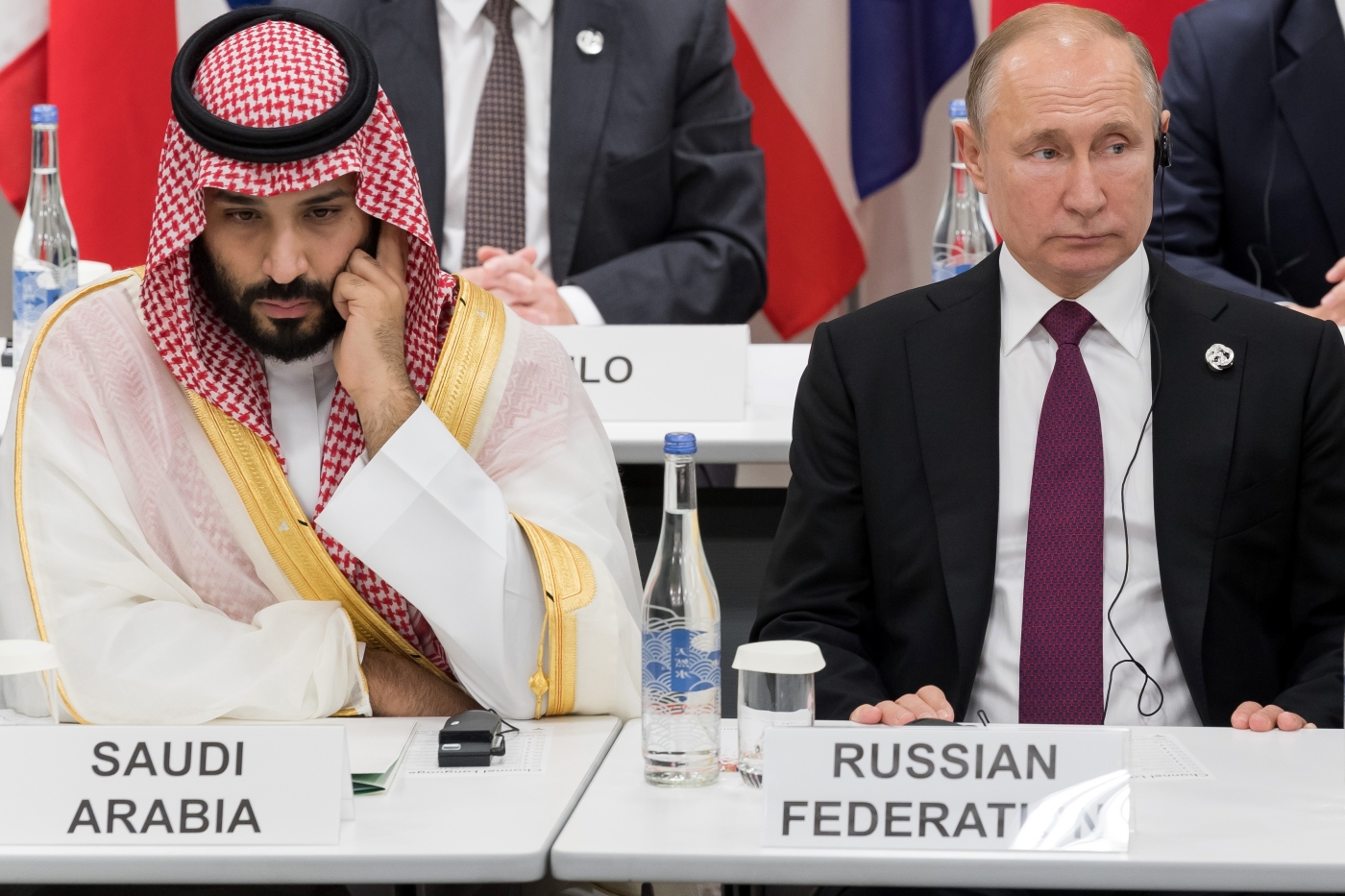 Since OPEC members and non-OPEC oil producers failed to reach an agreement in early March, kicking off a major oil price collapse, the fundamental outlook for oil and the global economy has continued to worsen.

The spread of Covid-19 throughout much of the world, and the public health imperative to “flatten the curve”, suggest that a rolling global recession is likely for 2020, fading later in the year.

This will bring with it weaker oil demand than during the financial crisis of 2008-09, along with significant pain and collateral damage for energy-producing countries and companies - including the architects of the oil price standoff, Russia and Saudi Arabia. It’s hard to see any winners.

The standoff reflects disagreement over the scale of the demand drop - Russia was less pessimistic - and agreement that other countries should have to adjust, particularly medium- and high-cost producers, including unconventional fuel from the Americas and other non-OPEC producers.

Since then, oil has plunged below $25 a barrel - even lower than in 2008 - and Russia and Saudi Arabia are showing few signs of backing down.

To stabilise the market, significant production cuts will be required, along with some signs that Covid-19 infection rates are starting to peak, which is unlikely until April at the earliest. This could be accompanied by some increases in available storage capacity.

While oil prices this low are not sustainable, absent a supply adjustment, they could weaken further, sending energy-linked credit far into distress.

Typically, an oil price correction - especially one driven by excess supply - is good for consumers. They fill their tanks cheaply and can spend more money on other goods, while businesses can increase their margins.

Countries such as Turkey, South Africa, China and South Korea, as well as much of Europe, will indeed have a cheaper oil import bill, but the scale of global economic weakness, and in some cases local shutdowns, will limit the benefits.

The biggest losers are countries and companies that were high on the cost curve, and/or rely heavily on expensive crude oil to pay for government spending. Many of these entities were drawing down cash reserves. Companies with high costs include unconventional oil producers in the US and Canada.

Lower revenues and major job losses will hit non-oil investments and weaken local property markets. Some will survive, likely via consolidation with larger players and others by demanding massive cuts throughout the supply chain.

Countries that are most vulnerable include Iraq, Algeria, Angola, Nigeria, Ecuador, Libya and Gabon. While many of these countries have low production costs, their national budgets require an oil price of more than $100 a barrel, according to IMF forecasts. They also lack meaningful foreign currency reserves to fill the gap. Some, including Ecuador, may be set for another debt default, and all may have little choice but to cut government spending.

Algeria, where reserves have been depleted to about $60bn, from a peak of $200bn in 2015, stands out as vulnerable. These cash shortages may exacerbate the political upheaval the country has been facing over the last year and make it more difficult to tackle their growing Covid-19 outbreak.

Algeria is but one of several countries where austerity may revive protests, as basic services remain weak or deteriorating.

These countries face at least three interlinked shocks beyond weak oil revenues: cuts to business and personal travel, local retail activity and the value of their foreign assets

Iran and Venezuela, under severe US sanctions, are similarly vulnerable. These countries will get even less for the small amounts of oil that they sell, and are more affected by border closures that hit non-oil sectors. Sanctions are also being tightened by the Trump administration, despite the humanitarian costs and the risks of exacerbating illness, which could undermine neighbours.

Sanctions most probably added to Iran’s Covid-19 vulnerability by increasing its reliance on China when borders were closing, and making it more difficult to import vital supplies - though global shortages suggest this would have been difficult, even if Iran had market access.

These trends, plus Tehran's typical lack of transparency, turned Iran into a hotspot that infected many of its regional neighbours, who imported cases that spread into clusters. The impact of the losses on its political stability remains uncertain; it may lead to more deadlock in the medium-term.

The Gulf Cooperation Council countries in general have more cash on hand to meet the crisis than their poorer, less developed peers.

Their role in this oil war may modestly boost oil output and energy GDP, but revenues are likely to fall, forcing them to choose between budget cuts that hit growth, new debt or other asset sales that may be increasingly expensive, or drawing down foreign currency reserves.

The deepening of the Covid-19 crisis and local lockdowns will make this more costly.

These countries will face four interlinked shocks beyond weak oil revenues: cuts to global business and personal travel, local retail activity, decline in capital inflows and the value of their foreign assets. All of these put economic diversification efforts under challenge and put pressure on local governments. 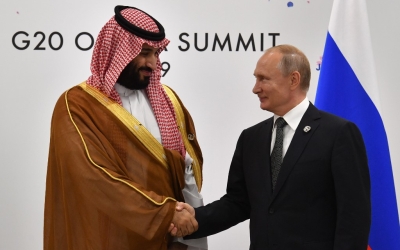 Kuwait and Qatar look to be in the best shape and have somewhat more policy space, but will face a challenge to non-oil growth.

The UAE is already facing a challenge to its property market. This downturn has been weakening bank asset quality, further straining its non-oil growth. It does have plenty of liquid assets and scope for credit and fiscal stimulus, and perhaps some directed investment from government-related entities and sovereign development funds like Mubadala.

Bahrain and Oman stand out as the weakest links in the Gulf, having sizeable debt burdens and already large deficits. Expect regional support for Bahrain. Oman may be forced to liquidate some of its assets and face further credit downgrades.

Saudi Arabia has a difficult choice ahead. While the kingdom has sizeable foreign currency liquidity - more than $500bn - its debt and deficit is rising sharply, and the capital inflows needed to turbocharge its projects are nowhere to be found.

Off-balance-sheet spending from the Public Investment Fund will help, but some projects will likely be delayed, especially if the government holds true to its suggestion of cutting spending by five to 10 percent, something that would likely weaken the non-oil private sector.

In short, these shocks are likely to cut off the expansion in economic activity which was beginning at the start of the year. Imposing austerity would add to a negative feedback loop that would hurt global revenues.

Russia, too, shows some resilience. Sanctions-proofing its economy has helped to reduce its reliance on foreign capital, and it has built up fiscal and external buffers. Russia may not be thriving, but it is surviving, and is likely to continue to do so, a forthcoming local quarantine notwithstanding. It can draw down its assets, but big mega-projects will likely remain off the table.

What could happen next? The US is reportedly putting pressure on Saudi Arabia to make adjustments, and some US politicians want to block energy imports and boost exports. Blocking imports of crude oil may not have much effect and could undermine potential future US export growth, but the economic pain from these policy choices is likely to bring Saudi Arabia, Russia and others back to the table in the second quarter of this year.

By the time that happens, though, the damage will have been significant, adding to global credit strains and the global recession. Will the cost have been worth it? Probably not, as the collateral damage has been high, and structural challenges to fossil fuel demand will remain.

The implications of this oil war - as with so many conflicts - will be borne for a long time to come.

Rachel Ziemba is founder Ziemba Insights and adjunct fellow at the Center for a New American Security and Gulf International Forum.