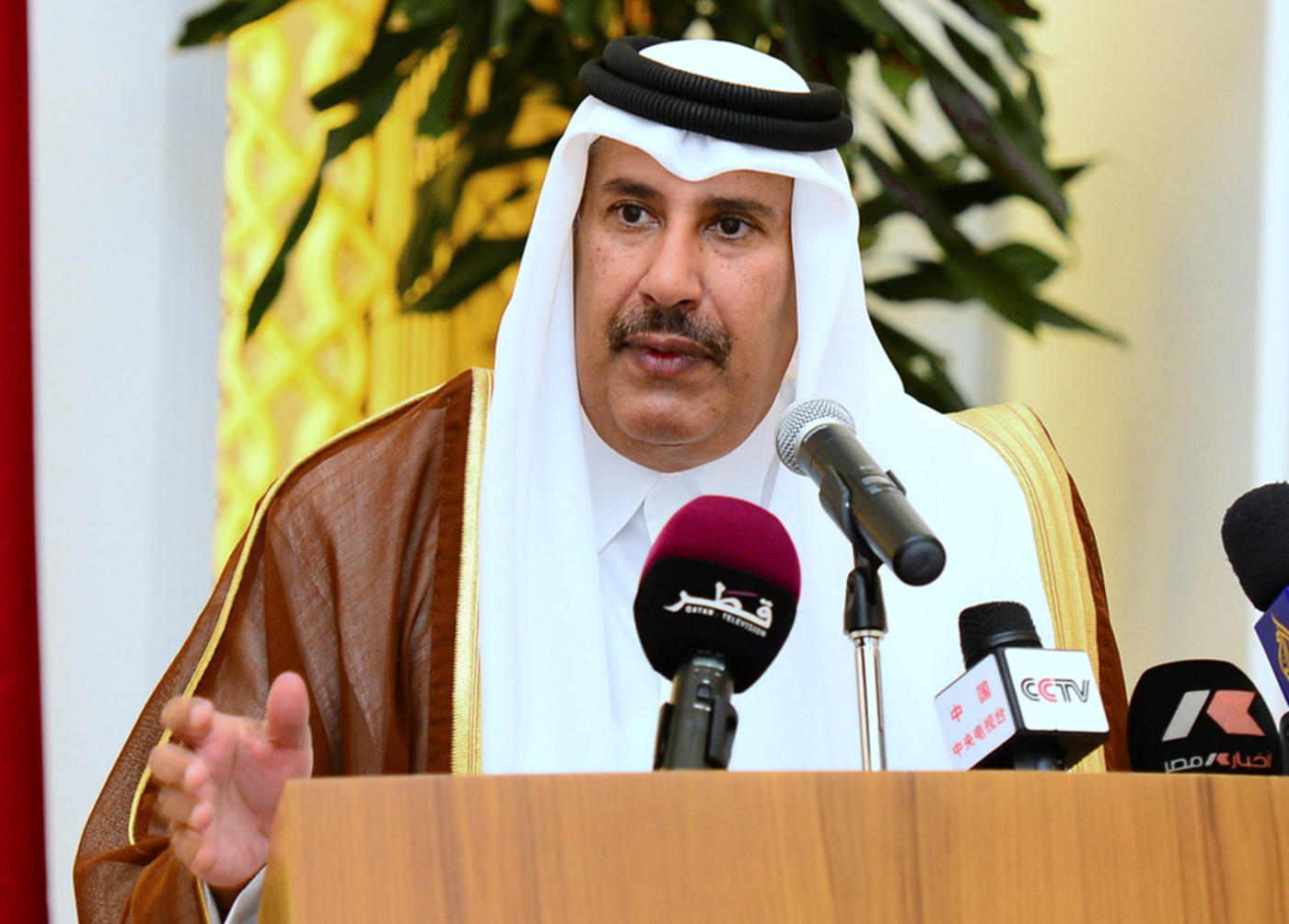 Qatar’s Sheikh Hamad bin Jassim al Thani was once one of the most powerful men in the Gulf. He earned the nickname "peacemaker" for his efforts to broker reconciliations between warring factions in Africa and the Middle East. He guided Qatar into a pre-eminent role in the wake of the Arab Spring. And he amassed a substantial fortune that makes him, reputedly, one of the world’s wealthiest men.

Yet immediately after a new emir came to power in June 2013, HBJ as he is known found himself out of not one job but three. He had served continuously as Qatar’s foreign minister from 1992 and was prime minister from 2007 to 2013. He also ran the Qatar Investment Authority, the country’s enormous sovereign wealth fund. All three posts went in the blink of an eye, or just as long as it took Sheikh Tamim bin Hamad al-Thani, the youthful son of the old emir, to realise just how much power HBJ had acquired over the years.

A forceful personality, Sheikh Hamad forged a foreign policy agenda that put Qatar at the heart of interventionist engagements in the Middle East and beyond. It was frequently said that the tiny state with vast hydrocarbon resources was punching above its weight as it armed and supported insurgencies in Libya and Syria, and bankrolled Islamists in Tunisia and Egypt. Equally though, the foreign ministry was seen as lacking both the necessary infrastructure and the talent to live up to its minister’s high flying ambitions.

Qatar’s massive financial support for Egypt’s Mohamed Morsi government strained relations with other GCC states, most notably the United Arab Emirates and Saudi Arabia, where the Muslim Brotherhood is outlawed. At the same time Western allies were increasingly concerned that the Qataris were putting weapons into the wrong hands in Syria’s civil war.

All of which meant that few tears were shed when Sheikh Hamad either graciously stepped down or was unceremoniously pushed aside. A man who liked nothing better than to stride across the world stage went suddenly quiet, concentrating on his business affairs and serving in the vague capacity of “counsellor” at the Qatari embassy in London.

But last Thursday at the independent think tank Chatham House he broke cover and spoke at length on a wide variety of subjects, taking questions from a large audience, weaving and bobbing like a skilful boxer, clearly enjoying the opportunity to perform once more in front of a crowd.

The last time I had seen him in person was in the Qatari capital Doha in March 2013. US Secretary of State John Kerry had just stepped into his job and was on a whirlwind regional tour. He and Sheikh Hamad held a press conference at which it was confirmed that Qatar was supplying weapons to Syrian rebels. A somewhat nervous John Kerry wanted to be reassured that the guns would go “to the right people”.

HBJ, relaxed and exuding confidence and charm, acknowledged that while some weapons may have fallen into the hands of “the bad guys”, he too wanted support to go to the moderates. But he didn't appear overly bothered about who did get the guns. He glanced at Kerry, spread his arms, chuckled and said: "The West gets alarmed but RPGs do not threaten the world order. Bashar (Syrian president Bashar al Assad) is the terrorist."

Wind the narrative forward two years and those words will, no doubt, have come back to haunt, if not the man who delivered them, then certainly John Kerry. Terrorist insurgency is on the rise globally. And some of the guns unquestionably have gone to the bad guys. But at Chatham House Sheikh Hamad was serene and unruffled when the question was put to him.

“Qatar did not fund any terrorist group,” he said, hands folded comfortably across his stomach. “Such information is wrong and faked. This is a fight among the Arabs and everyone throws mud.”

When asked again if during his time as prime minister, Qatar had armed rebel groups in Syria he laughed and said: “I think I will decline to answer.”

He was more forthcoming when it came to how to deal with IS or Daesh as he prefers to call it: “I believe we should send troops, the Arab countries, America, Europe, we should all send troops,” and he called for the UN to play a role: “The UN should send 20,000 soldiers. Syria is a mess, there is blood between the tribes and it will take two to three years to settle down and another 20 to rebuild the country.”

He praised the Russian involvement in Syria, describing their use of special forces as “a good move” and he averred that Russia was “playing a very big and positive role”.

Indeed Sheikh Hamad seemed quite content to justify just about everybody going off to war. Thus the savage Saudi aerial bombardment of Yemen, as it sought to end the Houthi insurgency, was necessitated by Iranian meddling: “Saudi Arabia was threatened; the Saudis had to show their teeth to Iran.”

And on Iran he chaffed at the failure to include the GCC in the nuclear talks: “It should have been P5 + 2. That was a mistake by the US. Why should the Iranians deal with us now?” Still, he believes the deal is “very important for the region” even though there is not much trust on display: “The Iranians are very clever negotiators, they like to drag things out. They know how to do deals. I raise my chapeau to them. Still, there is too little trust.”

He cautioned the Israelis that they should realise they are surrounded by 400 million Arabs: “You have the upper hand now but you are surrounded. Accept the 1967 boundaries, the two state solution. Your superiority will not last forever. Solve (the Palestinian question) and terrorism is defused.”

On Qatar’s abysmal record of mistreatment of the migrants building the infrastructure for the 2022 World Cup and the trenchant criticism the country is receiving, he said: “We are not used to criticism, we are doing our best. Personally, I don’t care about the World Cup. I am not a football fan.”

And not, it seems, overly concerned about the death rate among construction workers which according to the International Trade Unions Confederation (ITUC) is running at 600 per year.

It was a bravura, if sometimes disingenuous, performance from an accomplished politician. Was he just missing the theatre of politics or was there something more at play?

There are rumours that Sheikh Hamad is angling for the post of secretary general of the UN which comes open in 2016. If that is indeed the case than the Chatham House engagement may be but the first shot in a charm offensive designed to put the former Gulf power broker right back where he wants to be: centre stage and playing to the world. Diplomacy
Michelle Obama visits US air base in Qatar