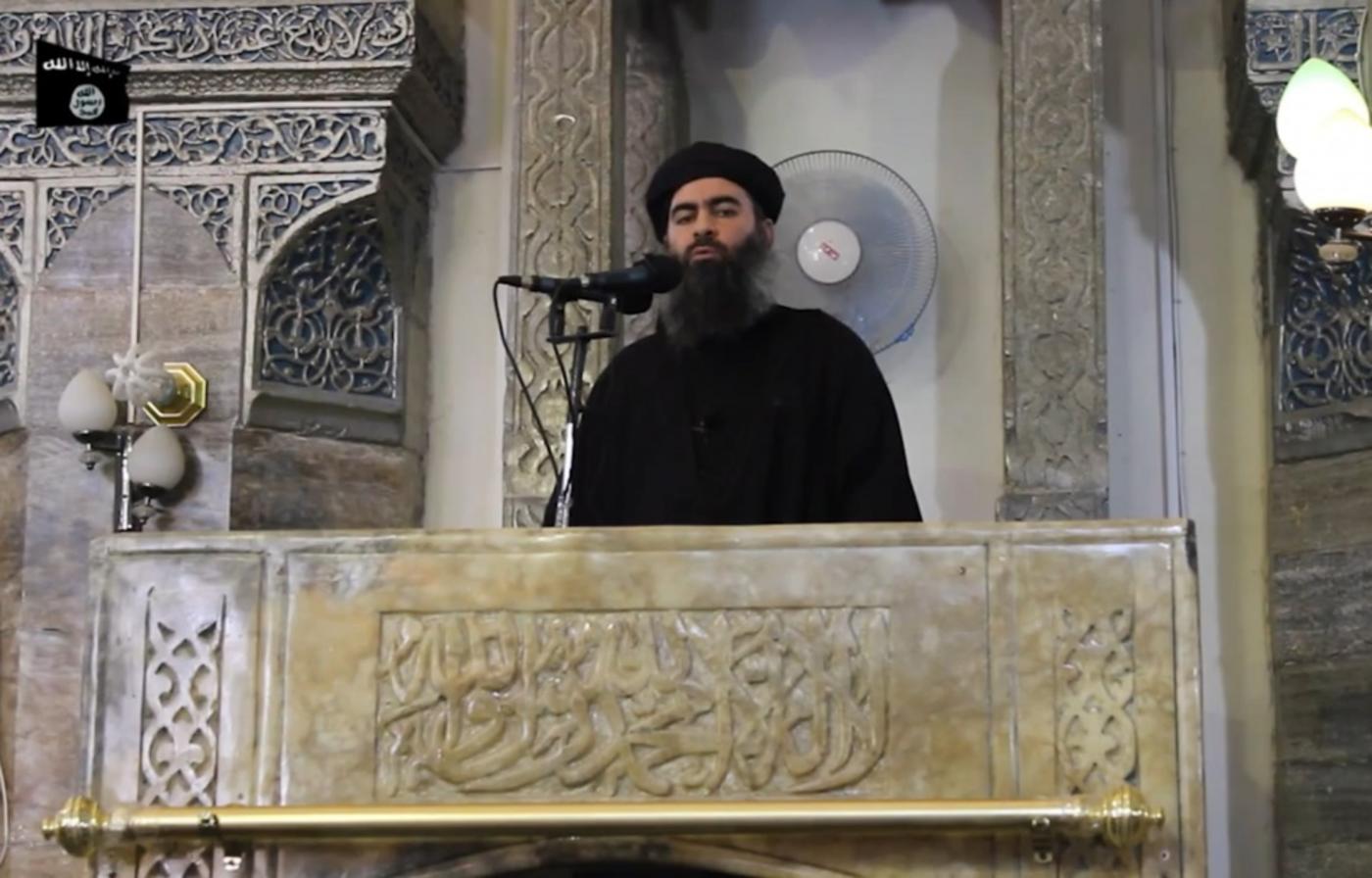 On 24 September, 2014, a 23-page document signed by 126 of the most prominent Muslim scholars, imams, and preachers making the theological case against the Islamic State (IS) was issued on a dedicated website under the title Open Letter to Al-Baghdadi. This is the latest of several campaigns of public denouncements of the terror group by Muslim leaders. While such initiatives are necessary to create Muslims-led social and intellectual pressure against IS, they are not sufficient to stop potential recruits, and will have minimal impact, if any at all, to change the minds of those already in their ranks.

The theological case against IS comes in response to the claims made by their leader, Abu Bakr Al-Baghdadi and his followers that they are following Islamic teachings. Although the Open Letter to Al-Baghdadi is the first collective effort by Muslim scholars to directly address the terror group, individual clerics have previously spoken up against them. In response to these attempts, IS issued a statement containing conditions it says will govern its reaction to any attempts by Muslim scholars to speak to it. Included in these conditions is a requirement on the part of the scholars to clarify their theological positions on secularism, democracy, and more importantly, the ruling regimes in the region. IS specifically named the regimes in Jordan, Saudi Arabia, Qatar, the UAE, and Turkey.

Much has been written about what motivates young men, especially those in the West to join IS. In a recent VICE News interview with Canadian citizen, Farah Shirdon who travelled to Syria to join the group, the IS member revealed that no one recruited him. For him, it was simply a matter of “I opened the newspaper, I read the Quran – very easy.” Given the heavy use of Islamic terms and rhetoric by IS members, it would seem likely that their extremism stems from something inherent within Islam. However, appearances can be deceiving. It is not an accident that in the way he stated it, Shirdon placed priority on what he read in the newspaper to what he thought he read in the Quran.

Nevertheless, despite all the research that can be cited to show how terrorist groups like IS are merely drawing on Islam for religious symbolism, whereas their real motivations are secular and political in nature, it is difficult to get past their heavy use of religious rhetoric without wondering whether Islam does have something to do with their actions. Murtaza Hussain gave an analysis of IS, where he explained them as superficially Islamic, drawing on Islam to win support, but displaying behaviour that has more in common with Mao’s Red Guards or the Khmer Rouge than it does with past Muslim empires they claim they aspire to revive. In fact, evidence suggests that IS draws not on the Quran to guide their behaviour, but a book entitled The Management of Savagery.

In the mixture of failed politics, Sunni isolation, and power vacuums, it is the question of how IS is able to draw on Islam to commit their atrocities, which troubles most Muslims and sustains the Islamophobic narrative that their actions are in fact Islamic. Rather than seeking to understand the theology of IS by citing the history of Wahhabism, or blaming it on Salafism as a whole, the way this group and others like it religiously justify their actions can be grasped by understanding an approach to Islam that sets them apart from mainstream Muslims, including many Salafis.

It is commonly understood in Islam that the relationship between the human being and God is a direct one. There is no mediator, and to invoke such an entity is considered a form of polytheism. Hence, it is recognised that all Muslims have equal access to God and His word in the Quran. However, this is only true in the spiritual sense, but not in the legal one. The derivation and discussion of Islamic rulings has never been open to all Muslims. An objective set of academically qualifying criteria for mastery of the tradition is required before one can engage in such an activity. Otherwise, Islamic sources of law become subject to projection of one’s intentions rather than a source of legal derivation.

The mass propagation of the idea that one should reject scholarly authority for deriving rulings in Islam can arguably be traced back to the late Albanian/Syrian scholar Muhammad Nasiruddin al-Albani (1914-1999). In the introduction to his text The Prophet’s Prayer Described, al-Albani builds a case against following scholarly authority and schools of jurisprudence that have been established for centuries, encouraging every Muslim to go directly to Islam’s primary scriptural sources. A few scholars wrote essays and books in refutations of this argument. Despite this, al-Albani is ironically used today as an authority figure by a number of Muslims who reject scholarly authority.

The idea that every Muslim is obligated to reject what Muslim scholars have said across the centuries if it contradicts what they think they understand from the Quran or Hadith (Prophetic traditions) can be considered the door to all religious evil. This is not merely a democratisation of religious interpretation. It should therefore come as no surprise that no number of letters of refutation or condemnations by Muslim scholars against IS would detract this group, as it does not recognise such authority in the first place.

Armed with a false sense of confidence in their reading skills, IS members engage in not only selective reading of the Quran and Hadith, but also in mining Islamic history books and fatwas (religious decrees) issued by scholars across the centuries for anything they can cite to support their actions. Without any capacity to discern the Islamic validity of what they come across, their ultimate concern is to find anything to gain the cover of religious legitimacy. This problem is exacerbated by the fact that that Islam is a religion that deals with violence. The Quran does include verses and passages that address rules of engagement in times of armed conflict, which can be easily decontextualised and applied in the horrific way violent groups have done. This is a problem of approach to Islamic texts before it is a problem of interpretation.

With this approach to the Islamic tradition, the truth of the matter is that one can find anything they want and attribute it to Islam, even if it has absolutely no validity and also contradicts fundamental teachings of the religion. This is why it can be counterproductive, and even more harmful to issue a blanket condemnation of IS and have scholars simply state that they have nothing to do with Islam. Such simplistic dismissal of the religious claims of IS can cause more confusion when it is contrasted with material they present from within the corpus of Islamic legal texts that technically appear to give credence to their actions.

In addition to their nihilistic view of religion, IS members consider scholars who are on government and media supported platforms suspicious. This is bolstered by the lack of freedom of speech and right for political descent in most countries in the Middle East. For example, Saudi Arabia has more than 40,000 political prisoners, most of whom are prisoners of conscience. Egypt has been reported to have as many as 21,000 political prisoners, but the actual number is unknown.

Meanwhile, a number of very prominent Muslim scholars and preachers have either stood silently, or openly supported repressive events such as the 2003 military coup in Egypt that overthrew their first democratically elected government. They also gave religious credence to the authorities in the 14 August 2013 Rab’a Square massacre, where more than 800 unarmed civilians were killed in the dispersal of their anti-coup sit-in. Keeping all this in mind, it is not hard to see why politically motivated groups like IS would reject what Muslim scholars have to say about them.

Aside from these factors contributing to why IS members and sympathisers reject Muslim scholarly authority, it should also be recognised that support for IS starts at a grassroots level. In addition to reading material published by IS, individuals gather and discuss their political grievances in small groups locally and project them onto Islamic texts, looking for solutions. This is a bottom-up strategy, which leads to the rise of well-indoctrinated IS members who are resistant to the top-down approach of fatwa issuance by scholars to Muslims.

While it seems that most Muslims do reject IS and scholars have unreservedly declared their actions as having nothing to do with Islam, this can lead us to be oblivious to the fact that this group enjoys more popularity among young people in the Middle East than Al-Qaeda could have ever dreamt of. The rejection of IS by Muslims may be more about a rejection of their tactics. But their popularity is representative of a general sense in the region of being fed up with the current status quo of tyranny and oppression, not realising that IS is just another form of despotism disguised with a religious garb.

IS, and others like it have not emerged in a vacuum. The religious soil IS and their ilk grow in is not the reason for their existence, and all discussion and strategies addressing it will not make these groups go away. We have allowed the growth of a monster, and unless we deal with its actual underlying political causes before addressing the type of religious approach it uses, we can only expect to quell it for a while and see it emerge once again, but in a different form and probably more fierce than it currently is.

The views expressed in this article belong to the author and do not necessarily reflect the editorial policy of Middle East Eye.
Photo credit: Image grab taken from a propaganda video released on July 5, 2014 by al-Furqan Media allegedly shows the leader of the Islamic State (IS) jihadist group, Abu Bakr al-Baghdadi, aka Caliph Ibrahim (AFP photo/HO/Al-Furqan Media)