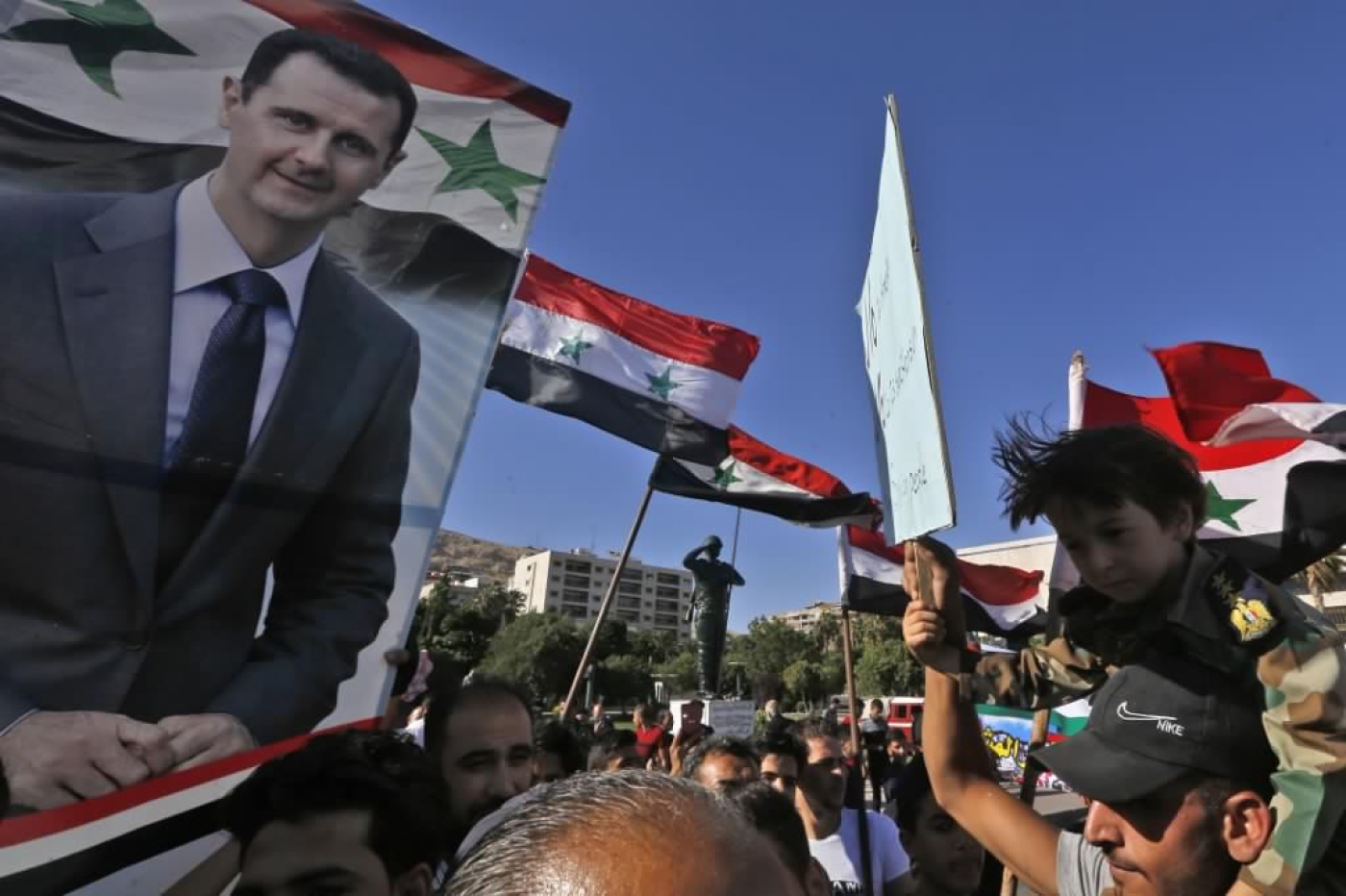 President Bashar al-Assad has largely defeated the rebellion against his rule, but Syria’s economy is in meltdown.

The recent economic and political crisis in neighbouring Lebanon, alongside the impact of nine years of civil war, Western sanctions and systematic government corruption, have already caused shortages, widespread unemployment and the near-collapse of the Syrian pound.

Since 2011, Assad, his cronies, and key regime institutions and sources of income have faced US and EU sanctions, yet there has been no coup against Assad's rule

While the Assad regime has faced Western sanctions since even before the start of its civil war in 2011, this new approach from Washington is more wide-ranging. Rather than just targeting regime individuals, the Caesar Act punishes any business or individual from any country who deals with sanctioned actors.

This is expected to deter foreign companies from investing, starving the government of much-needed capital and accelerating economic decline. The US hope is that this will force the regime to offer political concessions, moderate its behaviour or, ideally, prompt an internal coup against Assad. Several commentators have already speculated that this may finally be the moment that Assad’s bloody rule ends.

Yet, such an outcome appears unlikely, based on the experience of sanctions on Syria and elsewhere in the past. Despite their popularity among Western policymakers as a means of leverage over foreign governments short of military action, economic sanctions rarely achieve their stated goals.

Most scholarly research suggests that sanctions are far more likely to entrench an autocratic regime than to either bring about its end or moderate its behaviour. The classic example is the sanctioning of Saddam Hussein’s Iraq from 1991 to 2003.

The UN-mandated sanctions were intended to prompt the Iraqi elite to overthrow Saddam, but instead impoverished the Iraqi people. Saddam’s regime, meanwhile, was empowered, increasing the population’s dependence on the government for food, while it blamed the outside world for their poverty.

Though Assad’s Syria has thus far not faced sanctions as comprehensive as Saddam’s Iraq, a similar pattern has emerged. Since 2011, Assad, his cronies, and key regime institutions and sources of income have faced US and EU sanctions, yet there has been no coup against Assad’s rule. Nor has there been any sign of Damascus moderating its behaviour, either ceasing its repression of opponents or offering political concessions.

With help from its allies in Iran and Russia, both experienced sanctions-busters themselves, Damascus has found ways to mitigate the losses. As in Saddam’s Iraq, individuals linked to the regime have become comparatively wealthier and more powerful over the course of the conflict, with the burden of sanctions transferred onto the population rather than the elite.

So why do US policymakers and their supporters think that the Caesar Act will work where previous sanctions on Syria, Iraq and elsewhere so clearly failed? Possibly, it is the scale and scope of the Caesar sanctions, far greater than anything experienced by Assad before (though not Saddam). This will almost certainly cripple the beleaguered Syrian economy further, and may prompt unrest from previously loyal quarters.

In recent weeks, the usually quiet Druze-dominated city of Sweida has seen protests related to economic hardship, while journalists report grumblings along the pro-Assad coast. Yet, while such protests may continue and even expand, the past nine years have shown that popular unrest is insufficient to overthrow this regime.

Assad and his foreign allies are willing to crush dissent if it threatens their rule. One such ally, Hezbollah, recently underlined this by pledging to “not abandon Syria in the face of economic warfare”.

A coup is similarly unlikely. Most of Syria’s economic elite are tied to the regime and are either included in the sanctions themselves, or would lose their access to economic privilege if the regime fell. Moreover, like Saddam, Assad has a “coup-proofed” regime, making it very difficult for a coup to be carried out, even if regime elites wanted to.

Perhaps the authors of the Caesar Act instead hope that the increase in sanctions will force Assad to moderate his behaviour and accept some political concessions. In the past, the threat of force has seen Damascus compromise, most notably giving up most of its chemical weapons in a Russian-moderated deal in 2013, after former US President Barack Obama threatened missile strikes.

The Caesar sanctions do offer a similar route out for Assad, with seven criteria that need to be met. However, these include measures that are anathema to the regime, such as establishing “meaningful accountability”. Such requests are far bigger concessions than chemical disarmament, and even then, Assad did not fully comply. Nothing in his past behaviour suggests that Assad is willing to give up any significant power to ease external pressure, with even his ally Russia struggling to nudge him towards far smaller political concessions. Of course, policymakers know that sanctions have a poor record of return, yet they remain a favourite tool of Western governments. They are a way of signalling to repressive regimes that there are consequences for their brutality, but they are also used by politicians to show key domestic and foreign audiences that they are “doing something”, without having to launch more risky and costly military adventures.

The Caesar sanctions are no different, and came about after Syrian-Americans lobbied Congress, rather than as part of a thought-through US government anti-Assad strategy.

Like past sanctions, they will probably hurt the Syrian people the most, while Assad and his allies find workarounds where they can, entrench their rule further and transfer any suffering onto the wider population. Perhaps this time will be different, and the Caesar Act will be a rare example of successful sanctions bringing about positive change - but past experience would suggest otherwise.