How Syria made Putin's Russia an Orthodox power

Kamal Alam
Putin has played the religious card for geopolitical gain. In doing so, he has used Syria and the Orthodox angle to win influence over much of the Middle East 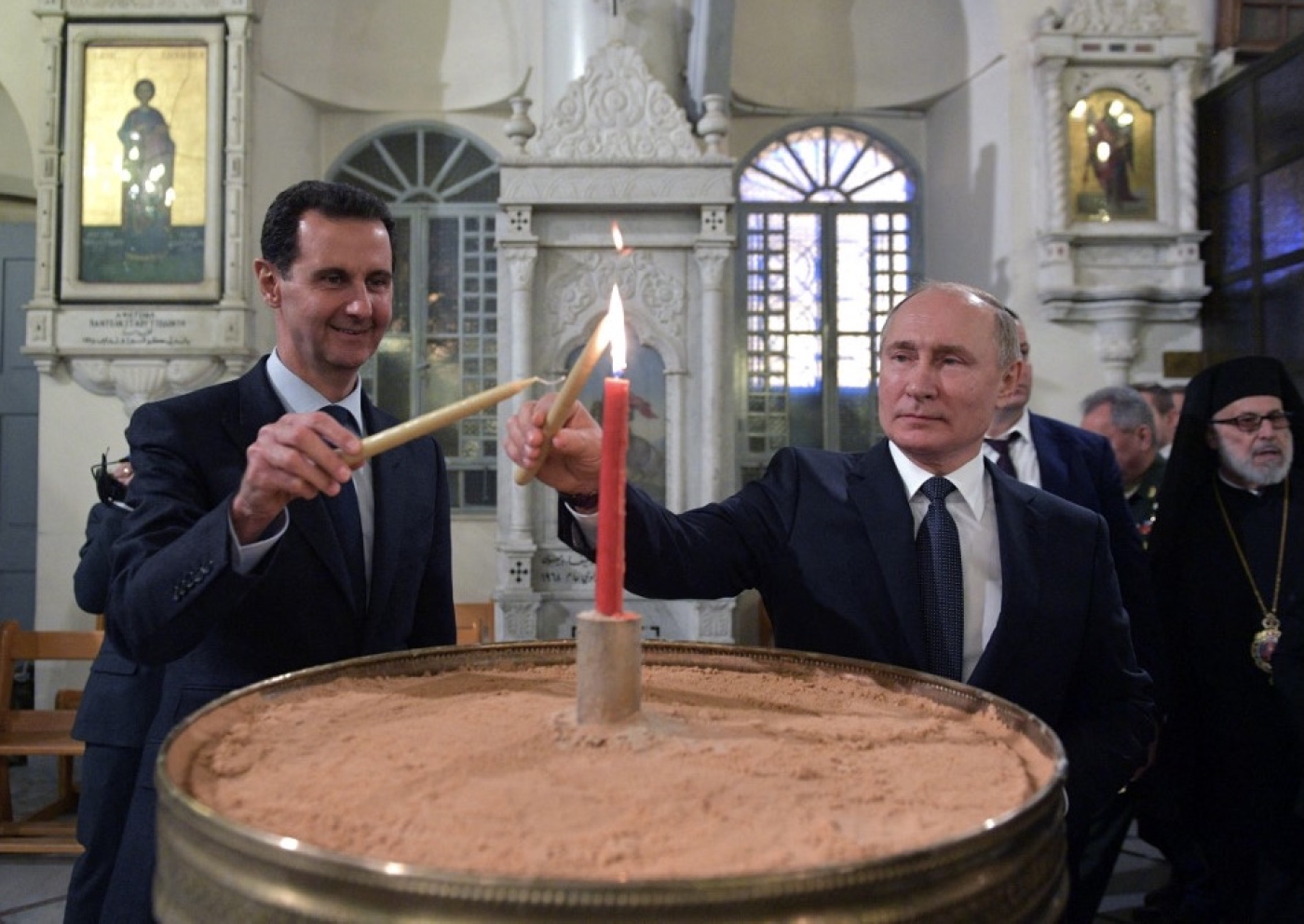 When Russian President Vladimir Putin visited Damascus to meet his Syrian counterpart, Bashar al-Assad, in January 2020, it was viewed as a significant entrenchment of Russian support for Assad.

However, some - more precisely Eastern Christians, but also the Greek Orthodox Church - saw the two leaders' lighting of candles on Orthodox Christmas Day as a much-needed boost to Christianity.

Some in the Greek and Italian media portrayed it as a timely holy visit to protect beleaguered and forgotten Syrian Christians. Indeed, Putin himself had also crafted this portrayal, in conjunction with the Russian Orthodox Church, which openly blessed his war in Syria.

Russia’s religious interest in Syria not only added another dimension to Putin’s increasing importance as a geopolitical player in the region, but also cemented his iconic status with the Russian church.

The current war in Ukraine is a further extension of this marriage between the Russian state and the Orthodox Church, which was started by Emperor Vladimir I more than 1,000 years ago, and came full circle with Russia’s 2014 annexation of Crimea - according to legend, the site of the conversion of the Russian state to the Orthodox faith.

In his book Arab Orthodox Christians Under the Ottomans, author Constantin Panchenko went to some lengths to link the conversion of Vladimir I in 988 to events in Antioch and Damascus.

Besides a few contemporary Russian sources, the primary source of the historical conversion of the Russian state and people into Orthodox Christianity originated in Syria. Several prominent medieval Syrian historic figures, such as Shams al-Din al-Ansari al-Dimashqi (1256–1327), Jirjis al-Makin (1205–1273) and Yahya al-Antaki (980-1066), wrote about the conversion of Vladimir at Kyiv and Sevastopol. 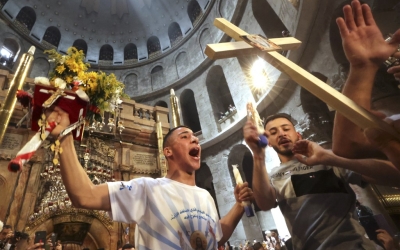 Elena Campbell, in her book The Muslim Question and Russian Imperial Governance, wrote about the visits of several prominent Russian bishops to Syria. On these visits, they not only inquired about Muslim-Christian relations and the tolerance of interfaith harmony, but also studied and learned from the monks in Damascus, which had taken over as the main seat of the Greek Orthodox Church after the fall of Antioch during the First Crusade.

Alexander III, emperor of Russia in the late 19th century, helped set up the Imperial Orthodox Palestine Society, with the aim of connecting the faithful to the holy land. Today, its chairperson meets the Syrian president regularly, and has influence in Damascus. It was no coincidence that Putin, who admires the conservative and autocratic Alexander III and endorses the Imperial Orthodox Palestine Society, unveiled a statue of the emperor in Crimea after annexing the region in 2014.

The Russian president also went out of his way to negotiate the return of the society’s property in Jerusalem in December 2019. The return coincided with Putin’s January 2020 visit to Damascus, and also with the rise of Moscow - as opposed to Washington - as the main guarantor of Israel’s interests in Syria.

There has been a steady flow of articles about Putin’s religious influence on his invasion of Ukraine.

While the conversion of Emperor Vladimir in Crimea, as well as Alexander III’s Orthodox quest in the Holy Land, plays big on Putin’s mind, it is not just the history that he likes. Putin blends political expediency with using the church to further Russia’s ambitions - and lets the church use his power both within Russia and outside of its borders.

Just as Vladimir’s conversion in 988 can be deemed as political expediency over the pious, so can Putin's motives. He has used Syria and the Orthodox angle to gain influence over much of the Middle East and Turkey, as well as setting up a dialogue with the Vatican.

Putin has also gained odd admirers, including America’s most-watched TV anchor, Tucker Carlson, who leads the push for US conservatives to back Putin’s Christian agenda. The Russians have also made gains with the influential Patriarchate of Alexandria, much to the dismay of the Ecumenical Patriarchate in Istanbul.

Putin has also used his special relationship with Russian Jews, including oligarchs, to gain influence and leverage over Israel. He was able to do deals on Orthodox property in Jerusalem, such as the aforementioned negotiations in 2019, that would have been impossible to imagine a decade ago, before the war in Syria.

Putin also used the war in Syria, just as Alexander III used the Imperial Orthodox Palestine Society, to send clergy to Damascus to set up an interfaith dialogue, which resulted in a new standing in the Arab world. The Russian president also won praise from former Pakistani Prime Minister Imran Khan for his outreach to the Muslim world.

Markus Markert, a philosopher from Oxford University who is working with me on a project looking at the role of religious diplomacy and the influence of the Orthodox Church, said: “Aside from Patriarch Kirill's official blessing of the Syrian war, the head of the church’s public affairs committee, Vsevolod Chaplin [who died in 2020], was quoted as saying that the fight with terrorism is a holy battle, and today our country is the most active force in the world.

For Putin, playing the Orthodox card has been a shrewd strategy

"Russia’s reinvigorated role as the self-proclaimed protector of Christendom in the Middle East is viewed as an antithesis against a seemingly materialistic, liberal and secular West.”

It is this aspect that also attracts the likes of Hungary's Viktor Orban and France's Marine Le Pen to Putin - the Christian element that is now declining in Europe, but increasingly prominent in Russia. It is perhaps also not a coincidence that the likes of Carlson, Orban and Le Pen favour Syria's Assad.

Ultimately, the Orthodox Church itself is still divided in its stance on Russia’s war in Ukraine. But for Putin, playing the Orthodox card has been a shrewd strategy - one that goes far beyond spirituality to the arena of geopolitical gains. 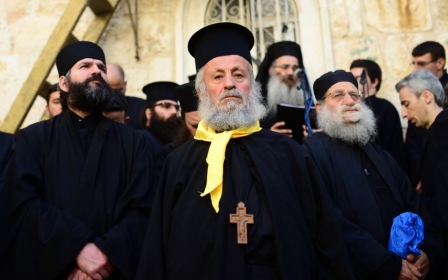 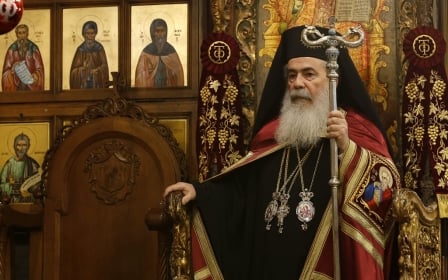 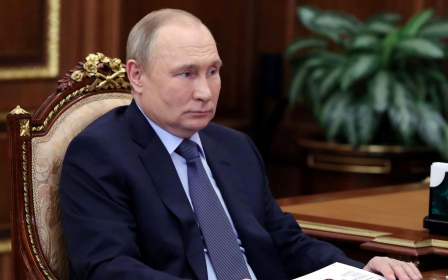