Syria war: A battleground for regional and global supremacy that will not end

Ranj Alaaldin
While the meeting between Turkey, Russia and Iran appeared to mark an important shift towards some form of settlement, Syria will continue to be torn by conflict in the years ahead 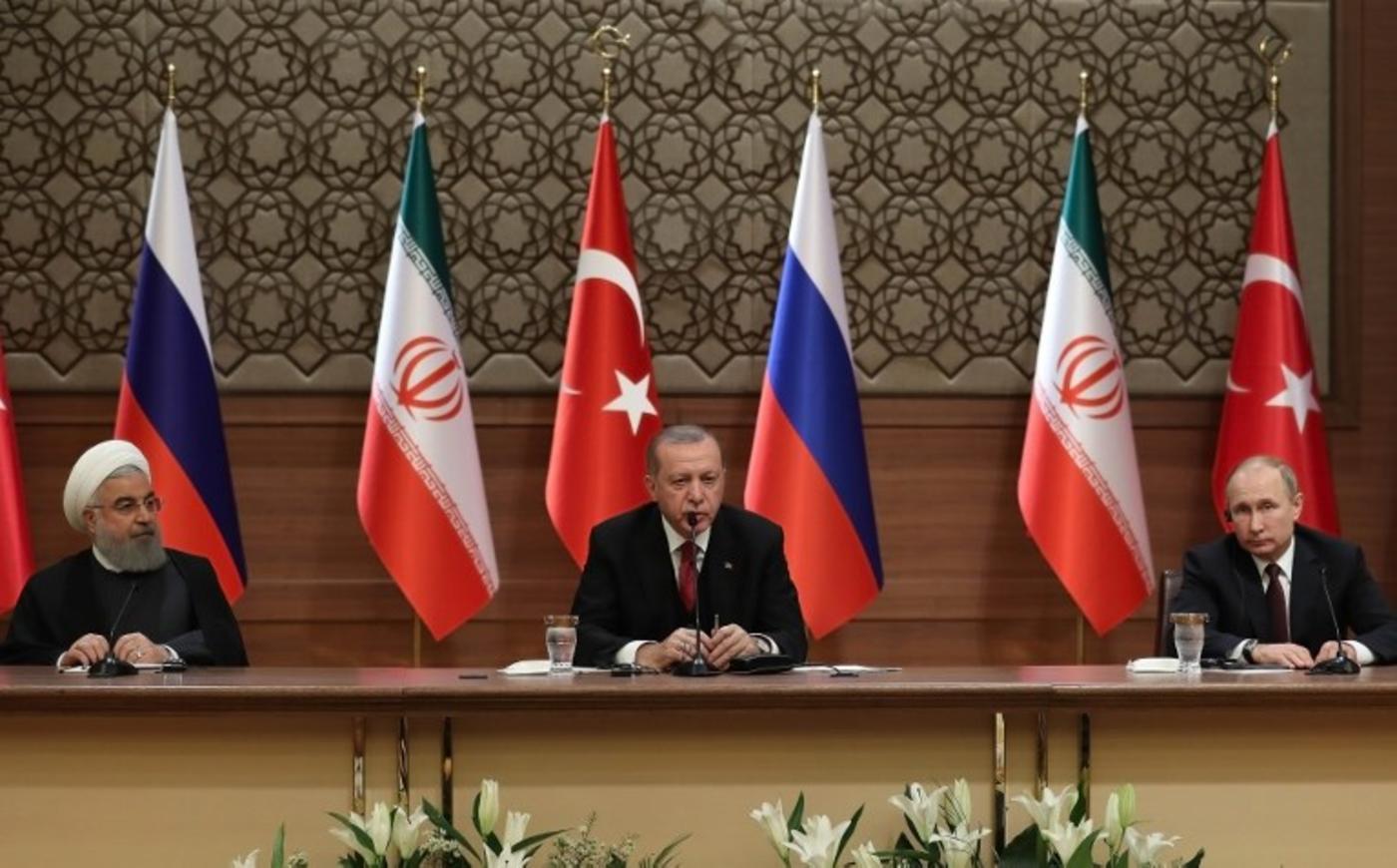 Syria's civil war entered its seventh year last month and continues to live up to its status as the humanitarian calamity of the century, as the Syrian government and Russia continue their indiscriminate attacks on Eastern Ghouta.

Last week, three of the most dominant, rival belligerents involved in the conflict - outside of the US that is - gathered in Ankara to discuss Syria’s future. On the surface, the gathering between Turkey, Russia and Iran, the second since November, represented an important shift towards some form of settlement - but in reality, Syria will continue to be the staging ground for increased conflict in the coming years.

Almost every regional and international actor involved in the conflict has accepted, to some degree or another, that the Syrian regime is here to stay, even if they envisage a scenario where Syrian President Bashar al-Assad is no longer in power - and even if they may set their sights on toppling the regime in the future.

Secondly, belligerents also believe in upholding the territorial integrity of the Syrian state, as opposed to its collapse or de-facto partition, in large part because such a scenario would have far-reaching implications for the stability of the multiple states involved in the war.

But that is about as far as it goes when it comes to the common objectives of rival, warring actors. It makes for a fragile basis on which to pursue a settlement that aims to end the conflict, as evidenced by the Syrian government's alleged use of chemical weapons and what now looks like an almost certain military response from the US and its allies in the coming days, if not hours.

Syria faces the arduous, generational challenge of remedying and reconciling grievances at the local and national level among different communities of different creeds and backgrounds

The possibility of an armed confrontation between the West, supported by the Turkish government, and the Assad regime reflects the fragility of peace-making and the uncertain, constantly shifting dynamics of conflict that have underpinned the war in Syria.

Modern insurgencies last around 10 years, and out of 138 intrastate wars since the end of World War II, in only 30 percent did outside action help to settle the war. Further, the conflict in Syria may have stopped being about the Syrian people a long time ago.

Instead, it now constitutes a battleground for regional supremacy. Further, the country still has tens of thousands of disparate, opposition rebels who are determined to, and capable of, continuing their violent insurgency against the rule of Assad.

They are battle-hardened, resource-rich and capable of continuing their insurgency for years, if not decades to come, regardless of the consensus framework reached by outside powers.

Conversely, the dominant forces on the ground, including pro-government forces and Iran-aligned proxies, are already purchasing property on a substantial scale, in an effort to manipulate the demographics of the country. Indeed, President Assad has further legitimised the demographic manipulation of Syria by issuing a law - decree number 10 of 2018 - that potentially prevents displaced communities and refugees from returning to their homes.

In other words, Syria faces the arduous, generational challenge of remedying and reconciling grievances at the local and national level among different communities of different creeds and backgrounds - grievances that will continue to enable an environment conducive to militancy and violent conflict.

Indeed, civil wars have a high recidivism rate, as conflicts in Iraq and Afghanistan show. According to studies, 57 percent of all countries that suffered from one civil war between 1945-2009 experienced at least one conflict thereafter.

In Syria, local and national actors will grapple over power, resources and post-conflict power-sharing in the years to come, despite Moscow’s efforts to reduce the transition to drafting a new constitution and national elections in the next two years.

It is now the norm for states to outsource security to unaccountable proxies that are far less, if at all, constrained by the laws and norms of the international system

Moreover, regional actors, who have augmented their military capacity since the war against the Islamic State (IS), are reverting to old geopolitical rivalries, and inter-state confrontations could result in a fresh conflagration.

Saudi Arabia's increasingly assertive and aggressive Iran policy, together with Iran's expansionism, has intensified the battle for the future of the Middle East and the regional order emerging from the ruins of conflicts in Iraq and Syria.

Fundamentally, the contestation over Syria's future will unfold in a radically transformed military theatre.

It is now the norm for states to outsource security to unaccountable proxies that are far less, if at all, constrained by the laws and norms of the international system. Since the multiple civil wars of the region first began, transnational networks have expanded, as have inter-state rivalries and the availability of capable armed groups looking for willing patrons.

The role of Iran

Indeed, the prominence of Iranian proxies has shifted the balance of power in Syria and the region in Iran's favour, and recent Israeli airstrikes on an Iranian drone and Syria’s air defence network have signalled a potential turning point in Syria’s brutal civil war.

Conflict between Israel and Iran may be inevitable. A Syrian political landscape dominated by Iran - one that reinforces the Iranian-controlled land corridor stretching from Tehran to Beirut - will be unacceptable to Israel, the Arab world and the US, but also to Turkey.

Turkish forces have come close to armed confrontations with Iran's proxies before, both in Syria and Iraq, where Iran-backed militias have called on Turkish troops to withdraw from strategically important areas critical to their capacity to reinforce the Assad regime with supplies and arms.

The defeat of IS has resulted in the post-IS political order - of rival efforts to claim a strong stake in the future of Syria and therefore a strong stake in the future of the region and the balance of power. Syria's civil war may have produced winners in Iran and its allies and losers in the Arab world and the West, but that does not mean the end of the conversation.

- Ranj Alaaldin is a Visiting Fellow at the Brookings Institution in Doha and specialises in state-society relations, post-conflict reconstruction, proxy warfare and security sector reform in the MENA region. 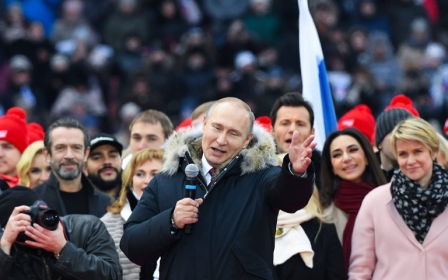