Belen Fernandez
With the Syrian civil war producing refugees en masse, Lebanon has taken the opportunity to showcase its own particular brand of inhospitality 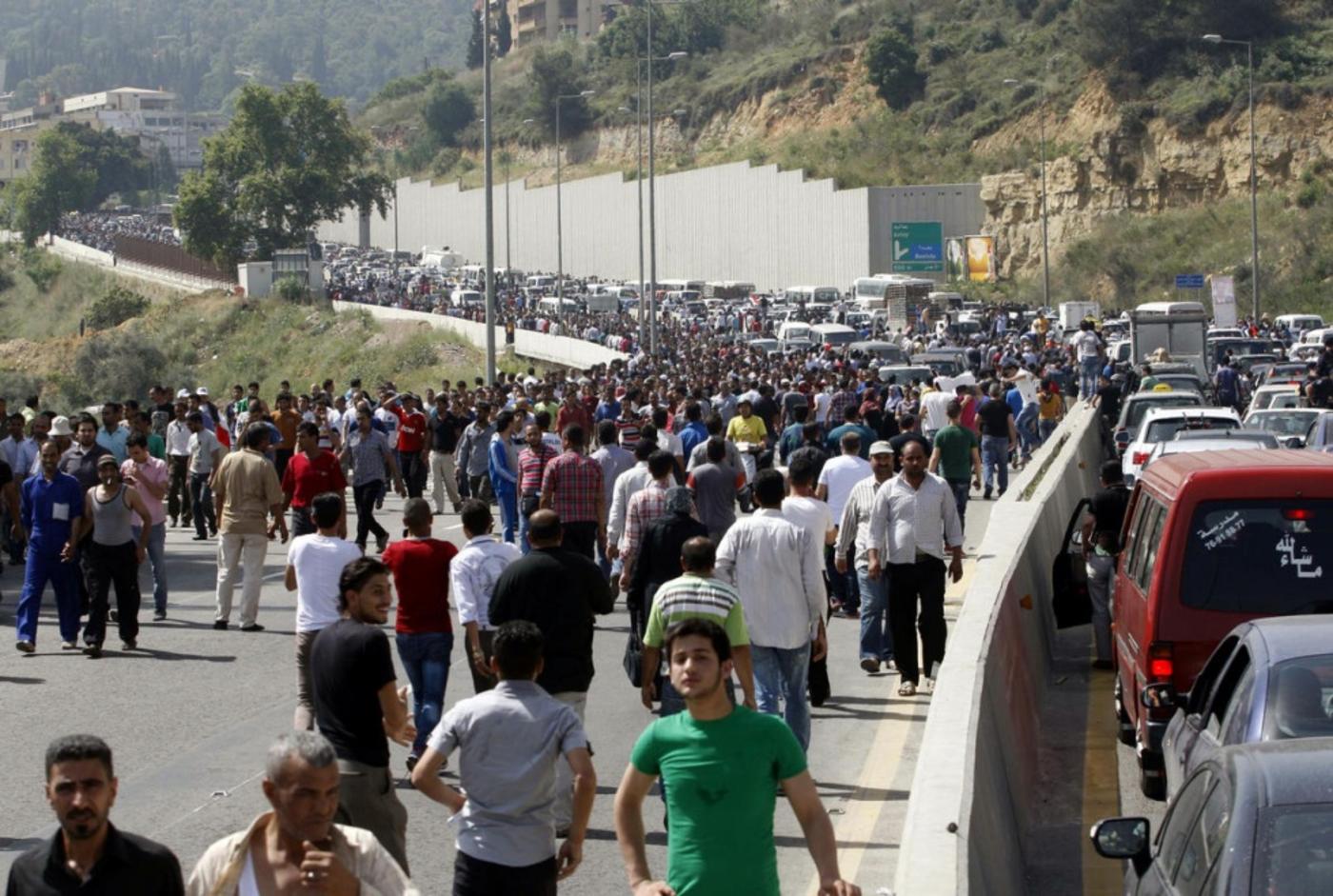 One day last October, hundreds of Syrian refugees were rescued from a shipwreck in the Mediterranean and brought to the European island of Malta. Their reception by the Maltese government was markedly different from that normally offered to asylum seekers who turn up in the country - most of whom are from sub-Saharan Africa and are subjected to a policy of mandatory detention, which involves being held in prison-like conditions for up to 18 months.

Neil Falzon, a human-rights lawyer and director of the Malta-based NGO aditus, told me in an email that the majority of the Syrian shipwreck survivors were not detained and were instead immediately transferred to open reception centres. “Psycho-social support was provided at once,” he said, and every effort was made to “locate family members and support family reunification where possible”. An inter-agency task force was also established, with NGO participation.

Falzon remarked: “This has never happened before, and although we did welcome this excellent and proactive approach, we were somewhat concerned that it indicated a clear divide between Syrian refugees and others who have been fleeing wars and persecution for several years and who have not been given this treatment upon arrival.”

Lebanon, on the other hand - one of the primary recipients of Syrian refugees since the onset of the war in Syria - seems to treat all varieties of refugee pretty much the same, ie poorly.

For starters, economic refugees from Africa and Asia - migrants who seek employment in Lebanon generally as a means of mitigating the hardships of their families back home -are notoriously mistreated. Domestic workers, for example, are often verbally and physically abused by their presumed “owners”, who confiscate passports and essentially enslave employees while the state stands by idly. This has resulted in various suicide epidemics.

Palestinian refugees, meanwhile, are in their seventh decade of existence as personae non gratae in Lebanon, despite fluctuating sympathy from portions of the population. Barred from a wide array of professions as well as from property ownership, they are often condemned to reside in squalid camps - the subject of the following observation from British MP Gerald Kaufman:

“When I went to Gaza in 2010 I thought I had seen the worst that could be seen of the appalling predicament of Palestinians living in conditions which no human being should be expected to endure. But what I saw in the camps in Lebanon is far worse and far more hopeless… At least in Gaza, frightful though the situation is, the people are free within the confines of their blockaded prison. In the camps of Lebanon they are not free.”

A popular argument that seeks to justify the withholding of civil rights for Palestinian refugees is that it is ultimately for their own good; after all, if they get too comfortable in Lebanon, they’ll abandon the struggle to regain their land from Israel. As this (il)logic goes, two wrongs will somehow make a right.

One of the main reasons for oppressing Palestinians in Lebanon is to guard against potential threats to the Lebanese sectarian system, which functions thanks in part to a refusal to update census data from 1932 to confirm that Christians currently wield a disproportionate amount of political power. Granting civil rights to the primarily Sunni Palestinian community, numbering over 400,000, would naturally upset the so-called sectarian balance.

Now that the Syrian civil war has been producing refugees en masse, Lebanon has had further opportunities to showcase the inhospitality of which it is capable. More than a million refugees - some of them Palestinians displaced for a second time - have turned up in a country of approximately four million people, moving into informal tented settlements, existing Palestinian refugee camps, and a range of other spaces in Lebanese cities and villages. The job of attempting to deal with the influx has mainly fallen to the UN High Commissioner for Refugees and international and national NGOs.

Lebanese authorities have opposed building official refugee camps, equipped with proper sanitation systems, lest the Syrian refugees feel tempted never to return to their war-torn nation. Of course, Lebanon can hardly be expected to attend to the economic and infrastructural needs of visiting populations when it is unable to attend to the needs of its own; one-fourth of the Lebanese population lives in poverty, with the poverty rate exceeding 50 percent in certain areas. The acute socioeconomic neglect plaguing sectors of the citizenry is nothing new, and is tied to the corruption of the ruling class and a predilection for projects designed on behalf of elite capital.

Incidentally, the Syrian refugee crisis has provided a convenient scapegoat for economic malaise in affected Lebanese communities, as officials have endeavoured to retroactively displace blame onto the migrants from Syria - in other words, to encourage poor Lebanese folks to forget they were already poor prior to the refugee influx.

And the sleight of hand appears to have produced some results. Increasing hostility toward refugees has manifested itself in a variety of ways, ranging from anti-Syrian graffiti to Syrian-specific curfews to the burning of Syrian tents and shelters.

This is not to say that there has been no Lebanese sympathy for the plight of refugees; indeed, many have offered assistance, perhaps recalling Syrian hospitality in 2006 when homes were opened to Lebanese fleeing Israel’s summer onslaught.

But trends in some regions with concentrations of refugees are little short of alarming. A new study, conducted by Drs Charles Harb and Reem Saab of the American University of Beirut and summarised in an Al Akhbar English article, found that over 90 percent of Lebanese nationals in three areas - Akkar, the Bekaa Valley, and Wadi Khaled - support discriminatory policies against refugees, including curfews and a restriction of political freedoms. According to the article, over 75 percent want to prohibit refugee employment and over 10 percent “stated they ‘highly endorse’ violence directed towards Syrian refugees”.

The article notes that the overwhelming majority of Lebanese surveyed viewed their visitors as an economic threat, while 82 percent of those surveyed in Akkar “see Syrian refugees as existential threats - meaning that the mere fact they exist in the area is perceived as being dangerous. This is followed by 66.1 percent in Wadi Khaled and 60.5 in the Bekaa”.

To be sure, the explanations for prejudiced attitudes are numerous. Many Lebanese harbour hard feelings towards Syria on account of the long-term Syrian occupation of Lebanon, which ended in 2005, and may see the current refugee influx as a reconquest of sorts. Others may not appreciate certain aesthetic changes in landscape such as the growing encroachment of beggars into privileged neighbourhoods. Still others complain about the increase in crime that is presumably inevitable any time a country’s population suddenly expands by over 25 percent.

In their 2013 paper, "Understanding Racism Against Syrian Refugees in Lebanon", Bassem Chit and Moe Ali Nayel observe that occupation-era resentment of Syrian control in Lebanon “was easily channeled through the dominant discourses into unchallenged … xenophobic and racist sentiments against Syrian workers”.

The authors argue that, by blaming Lebanese ills on “foreign elements” (and specifically poor elements, as is the global norm), Lebanon’s ruling class has been better able to consolidate and preserve political hegemony.

It bears mentioning, however, that the “foreign element” that has historically inflicted the greatest amount of damage on Lebanon - in terms of physical destruction, slaughter, and other forms of interference - is the state of Israel, whose perennial aggression is naturally facilitated by divisions between Arabs.

The Al Akhbar article warns that tension and animosity between Lebanese nationals and Syrian refugee communities “could slide into large scale violence”. Unfortunately, this would only exacerbate the real existential threat in the region.

Photo credit: Syrians living in Lebanon, arrive at the Syrian Embassy in Beirut to vote on May 28 (AA) 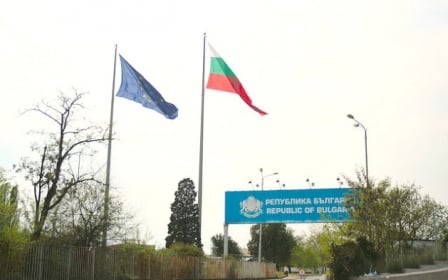