Makram Rabah
The Druze minority’s ability to avoid sides in the Syrian conflict is under stress, with potential consequences across the region 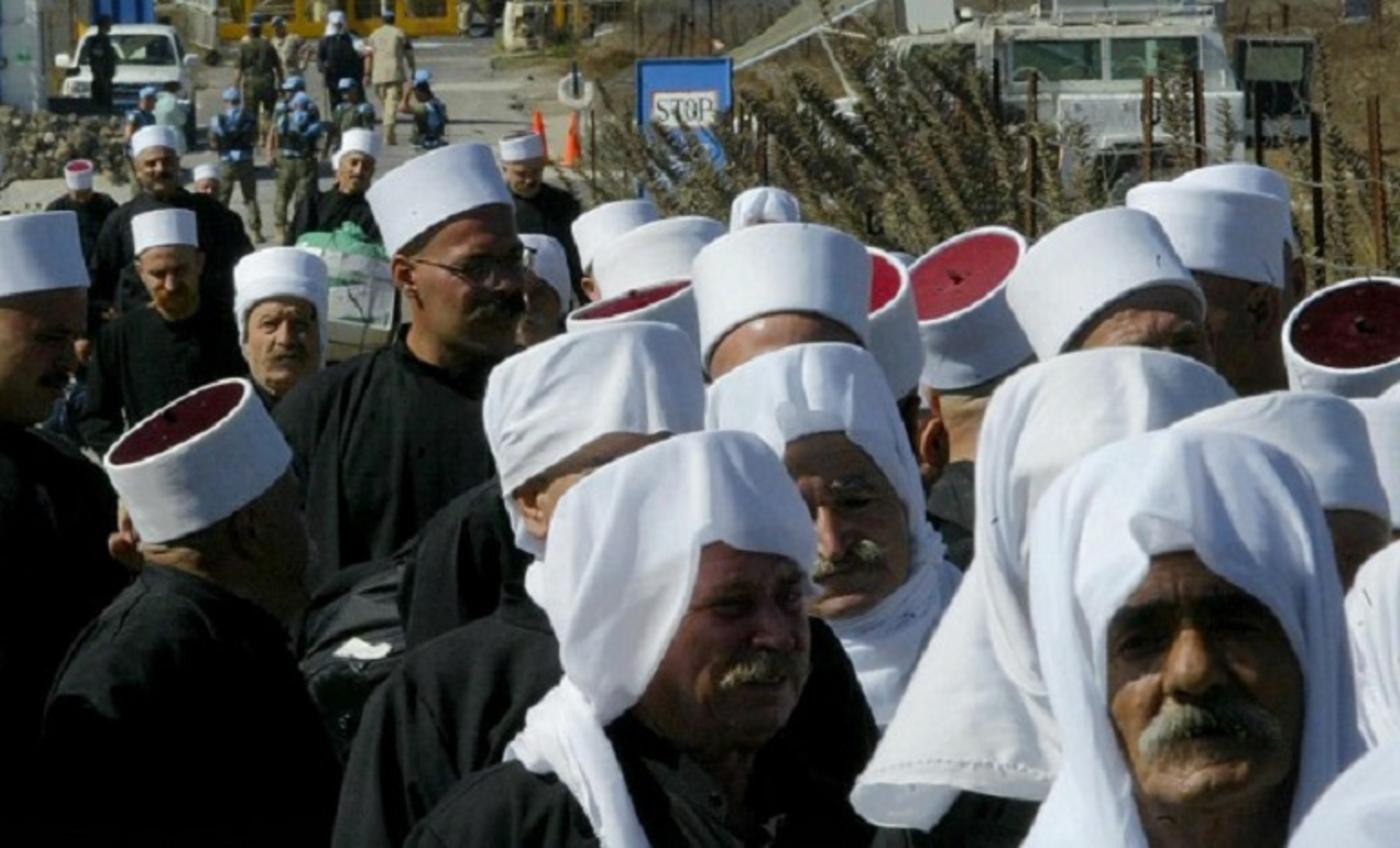 As the Syrian conflict enters its fifth year, it is safe to assume that all groups in Syria have been implicated in the violence, both as victims and as culprits. The Druze of Syria, estimated at 700,000 strong, are one of the communities that has up until now avoided being completely dragged into the rampage of this civil war. That is about to change.

Early in the conflict, the Druze supported President Bashar al-Assad in his drive to quell the opposition, going as far as branding the rebels as Western tools carrying out a Zionist plot. As Assad started to lose key areas across the country and with the increasing involvement of his Iranian allies, the Druze realized that their fervour would be catastrophic to their future.

While they did not switch sides, the Druze areas started to witness an increasing number of movements demanding that Druze soldiers in the Syrian army act only in a defensive capacity and thus refrain from doing the bidding of Assad outside their areas.

A number of local factions also started to emerge with a clear anti-Assad rhetoric warning the Druze youth from joining the ranks of regime militias.

One such movement is headed by a Druze cleric, 50-year-old Abu Fahed Wahed al-Balaous, who has accused Assad and his cronies of trying to fuel an old blood feud between the Druze and their Sunni neighbours.

Recently, the Druze village of Qalb Lawzah in Idlib province (northeastern Syria) was the focus of a showdown between the locals and al-Qaeda affiliate the al-Nusra Front, which ended in the death of around 30 people.

Concurrently, their Druze brethren in Jabal al-Duruz (South) were also in confrontation with al-Nusra, which has been advancing and slowly capturing Assad outposts, a military base, known as Brigade 52, outside the town of Harak, being their latest conquest.

This placed al-Nusra just a few kilometers away from the Druze province, which stands between the rebels and the Syrian capital, Damascus. Consequently, some of the Druze joined the National Defence Force and "popular committees" supporting regime forces and pushed back the rebels and recaptured al-Thala airbase.

This however did not go unchallenged by local Druze opposition, as Balaous accused the regime of shelling the Druze town of Suweida to mobilise the locals to stand up to the so-called Islamic threat at their gates.

The regime has been moving its heavy weaponry outside the Druze province in an attempt to bully the Druze into joining the army. One of these convoys was intercepted by Balaous’s supporters and its payload confiscated. More than 27,000 Druze desertions have been recorded from the regular army, which the Assad regime has not taken lightly.

These challenges to the Druze of Syria would seem normal given the nature and the logic of civil war, but the fact that this Syrian minority group spreads out across the Levant adds to the precarious nature of the situation.

The Druze, a heterodox offshoot of Islam, roughly numbers 1.5 million worldwide and is concentrated mainly in Lebanon, Syria and Palestine, with a significant political presence that outmatches its fairly small numbers. At the centre of this sect stands a set of tribal values by which all Druze abide. Chief amongst them is the sacred duty of aiding one’s Druze brethren, especially in times of strife.

The spilling of Druze blood in Idlib and the possibility of further violence has unleashed a wave of anger within the Druze of Lebanon and Palestine/Israel, who have voiced their willingness to cross into Syria to defend their brothers if needed.

The Druze of Israel have even demanded that the country’s air force attack al-Nusra positions in Idlib and Sweida. While the Israeli army has said this will never transpire, Israeli President Reuven Rivlin publically warned of the existential threat to the Druze of Syria.

This statement is a clear appeasement of the Israeli Druze community, who are extremely integrated within the state but more so in the army.

Similarly, the Druze of Lebanon were outraged by the Qalb Lawzah attack but have so far refrained from taking any action outside the traditional calls for solidarity and support with the Syrian Druze. The pro-Assad Druze have asked that the Druze in Syria rally around the regime and fight off these radical elements, but the Druze political establishment have taken a totally different approach.

Walid Jumblatt, the Druze chieftain and president of the Progressive Socialist Party, has supported since its outset the movement to overthrow the Assad regime.

While Jumblatt does not practice any direct authority over the Druze of Syria, he has asked them on many occasions to join the ranks of the revolution and to refrain from helping Assad in killing his own people. Furthermore, Jumblatt has staunchly declared that al-Nusra are not a terrorist group but rather Syrians with legitimate political grievances against the regime.

Jumblatt, who has been maintaining indirect contacts with the Syrian rebels, reached an understanding by which al-Nusra extended its protection to the Druze of Idlib.

Perhaps the manner in which Jumblatt handled the repercussions of the Qalb Lawzah incident is a textbook example of how other communities in Syria and beyond should navigate these troubled waters. It is interesting, not to say convenient, that the Idlib incident took place just days after Jumblatt, over his Twitter account, launched an attack against Assad and his regime which perhaps can be used by the regime to sow sectarian strife.

Jumblatt, instead of issuing fiery populist call to arms to aid the Druze of Syria, dismissed the incident as an altercation that got out of hand, calling for a political settlement and for the Druze to remain at peace with their Sunni environment.

Jumblatt’s cool-headedness amidst these events comes from his long familiarity with the logic, or perhaps illogic, of civil wars. Having successfully led his own community through the dark years of the Lebanese civil war, he knows well that a small clan such as his cannot afford to go to war without a regional backer.

Moreover, from personal experience, Jumblatt is aware that in such regional conflicts, minorities should not go all the way unless they know the outcome of such an action.

In other words, Jumblatt’s actions should be viewed as part of the history of a clan that has survived centuries of turmoil and wars, from the Abbasid caliphate and the Crusades to the self-proclaimed Islamic State.

While many are trying to portray al-Nusra as an existential threat to the Druze, Jumblatt realises that the real threat only comes from the Assad regime, which, trying to hold on to its last breath, will not hesitate to use the Druze, as it has the Alawites, as human shields.

Al-Nusra’s response to Jumblatt’s conciliatory actions also showed a similar understanding of this fact. By declaring, that the perpetrators of this heinous act will face trail in front of its Islamic court, al-Nusra was affirming that its only real enemy is the Assad regime.

The Druze, like many of their neighbours, have survived much worse times, but what remains crucial at this stage is for them to perhaps limit their losses, both politically and militarily, so as to win a place at the negotiation table in post-Assad Syria.

Photo: Druze dignitaries from the Israeli-occupied Golan Heights cross into Syria at the Quneitra checkpoint, 65 km southwest of Damascus in 2005 (AFP)