Christopher Phillips
A Western strike might temporarily impact the conflict, but few believe it will be a blow that Assad and his allies can't absorb and overcome 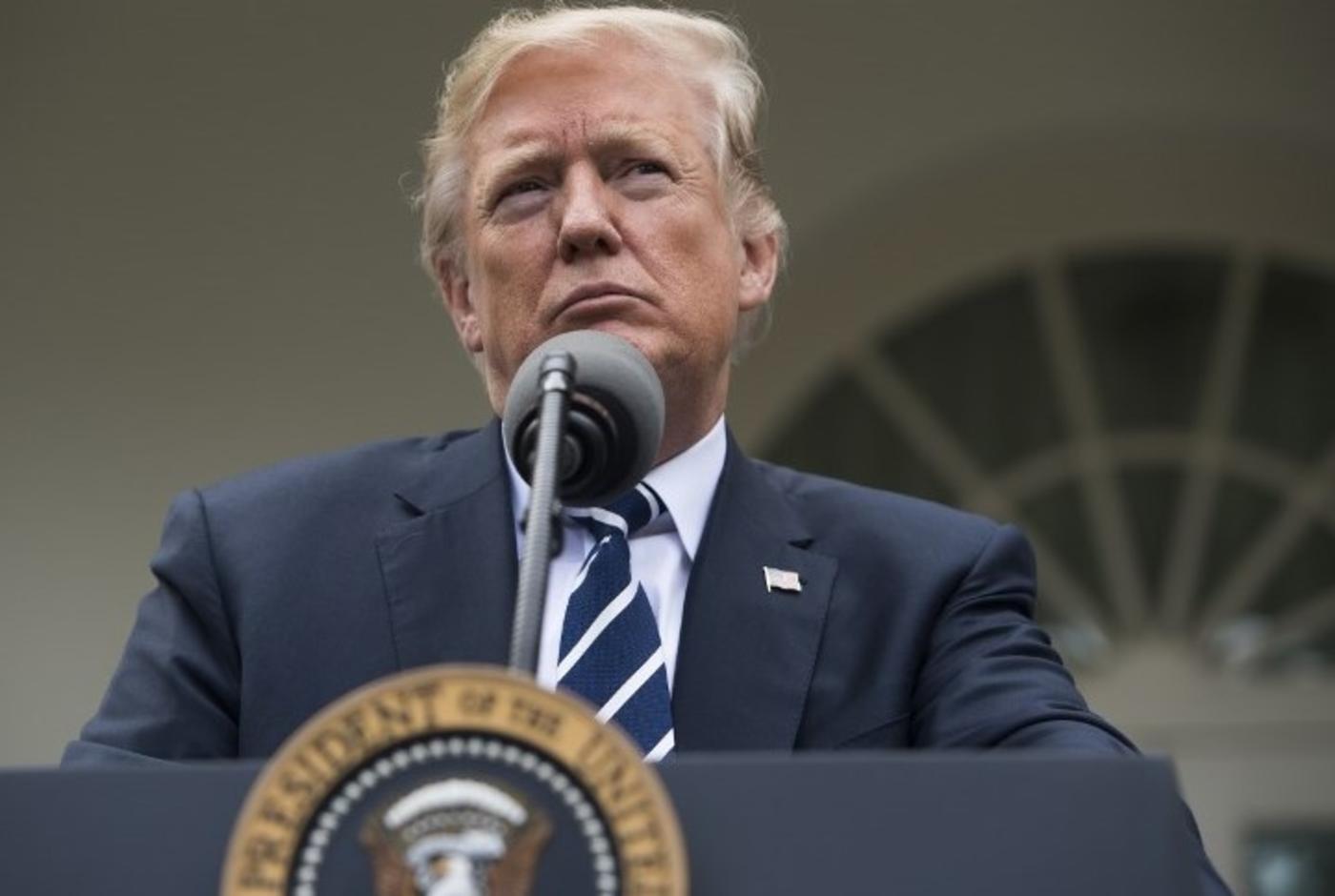 At first, it appeared straightforward for Donald Trump. After President Bashar al-Assad reportedly used chemical weapons against civilians in the besieged Damascus suburb of Douma, Trump belligerently stated the next day that he would respond within 48 hours.

Having launched a Tomahawk missile strike on a Syrian airbase the last time he believed Assad had used chemical weapons in April 2017, many expected further military strikes, especially after the US president tweeted on Wednesday to "Get ready Russia, because they will be coming."

The question of evidence

Yet the 48-hour deadline came and passed. Despite consultations with the leaders of Britain and France, Trump appeared to roll back on Thursday, tweeting: "Never said when an attack on Syria would take place. Could be very soon or not so soon at all!" Defense Secretary James Mattis, meanwhile, appealed for more time and warned of the situation, "escalating out of control".

The Trump administration, it would seem, has discovered the reality that the Syria situation is far from straightforward and faces a dilemma on how to proceed.

Firstly, there is the question of evidence. French President Emmanuel Macron has said he has proof Assad was behind the attack, but the US says it is still gathering evidence. While there is some nervousness in Western capitals over launching military action without sufficient grounds following the 2003 Iraq debacle, in this instance the search for evidence is more likely a stalling tactic.

Despite pleading from Syrian oppositionists, Trump - and Western leaders in general - have shown little real interest in protecting civilians in Syria – who have been killed far more by conventional weapons than chemical ones

In April 2017, Trump launched the Tomahawk strike within 72 hours of the alleged attack, long before there was definitive proof that Assad was responsible.

Given his response a year ago, and his recent tweet in which he described Assad as an "animal," Trump clearly believes the Syrian president is willing and able to launch chemical attacks, and hasn't felt the need to wait for conclusive evidence in the past.

If conclusive evidence isn't really the obstacle, what is? One dilemma is what any missile strike would achieve. Despite pleading from Syrian oppositionists and their supporters, Trump and Western leaders in general have shown little real interest in protecting civilians in Syria – who have been killed far more by conventional weapons than chemical ones – nor in trying to shift the balance of power to help end the war.

Any assault is therefore being proposed primarily to protect the international norm against using chemical weapons and deterring Assad from doing so again. But how to do this?

Presuming Assad's guilt, the April 2017 Tomahawk strikes did not sufficiently deter him, so whatever follows now must be greater. Some have proposed destroying Assad's air force and suspected chemical weapon dumps.

But what if this doesn't work? Both can be replaced and what if more chemical attacks occur? By acting now, the Trump administration knows it will be committing to acting in ever greater ways in the future if Assad calls the US bluff. 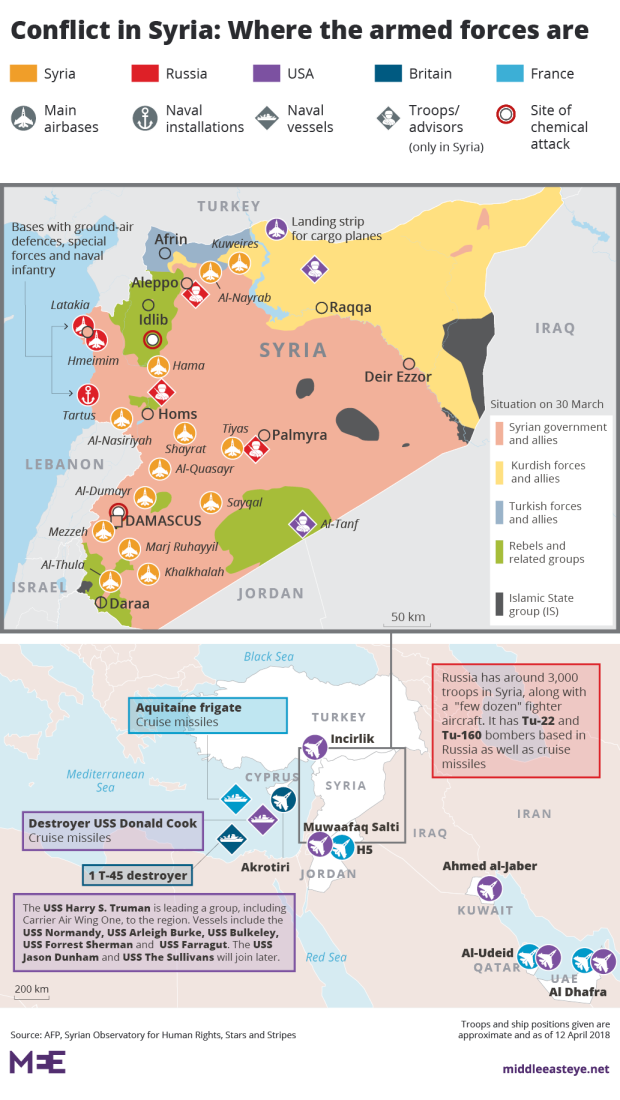 The second, greater dilemma, is how Assad's ally, Russia would react. A Western strike on Syria will bring some cost to Moscow, compelling it to replace destroyed Syrian hardware, damaging its prestige if its air defences are easily breached, or, in the worst outcome for Trump, if Russian troops and equipment themselves are hit.

The scale of the strike will likely determine Russia's reaction, but the White House will be aware that Russian President Vladimir Putin has shown himself far more committed than Western actors over the course of Syria’s seven-year conflict. He might react by targeting the numerous US-led bases in Kurdish-controlled Eastern Syria, in which case Washington would struggle not to respond.

This is just the kind of escalation that Mattis is concerned about. Faced with such an undesirable outcome, Trump's wobble on whether to strike Assad in the first place becomes clearer.

Thrown into this conundrum are Trump's own personal views. He seems obsessed with avoiding the path taken by Barack Obama, appearing weak on Assad's use of chemical weapons, hence his strike in April 2017. Assad has now openly defied him and exposed the ineffectiveness of that earlier deterrent, so his instincts could be to attack.

On the other hand, he has also expressed a desire to avoid further involvement in Syria, stating recently he wanted US troops to withdraw, and he is loath to confront Putin, both of which could occur as the result of further strikes.

Trump's White House will probably seek out a "sweet spot": a level of military strikes that sufficiently deters Assad without provoking a reaction from Putin. Yet finding such a delicate position may prove difficult for an administration that has shown itself thus far to be anything but.

In the meantime, the longer any strikes are delayed, the more Assad and Russia will be prepared. For them and the long-suffering Syrian people, the war continues, with or without chemical weapons. A Western strike might temporarily impact the conflict, but few believe it will be a blow that Assad and his allies can't absorb and overcome.

- Christopher Phillips is reader in international relations at Queen Mary, University of London and associate fellow at Chatham House’s Middle East and North Africa Programme. He is author of The Battle for Syria: International Rivalry in the New Middle East, a new updated paperback edition of which is available from Yale University Press.

Photo: US President Donald Trump was evasive on 12 April 2018 over when the United States might fire missiles at Syria in retaliation for an alleged chemical weapons attack. This photo was taken  on 16 October, 2017 in the Rose Garden of the White House in Washington, DC (AFP)