Ryvka Barnard
In a devastating blow against democracy, new guidance aims to curb the power of local authorities to make ethical financial choices 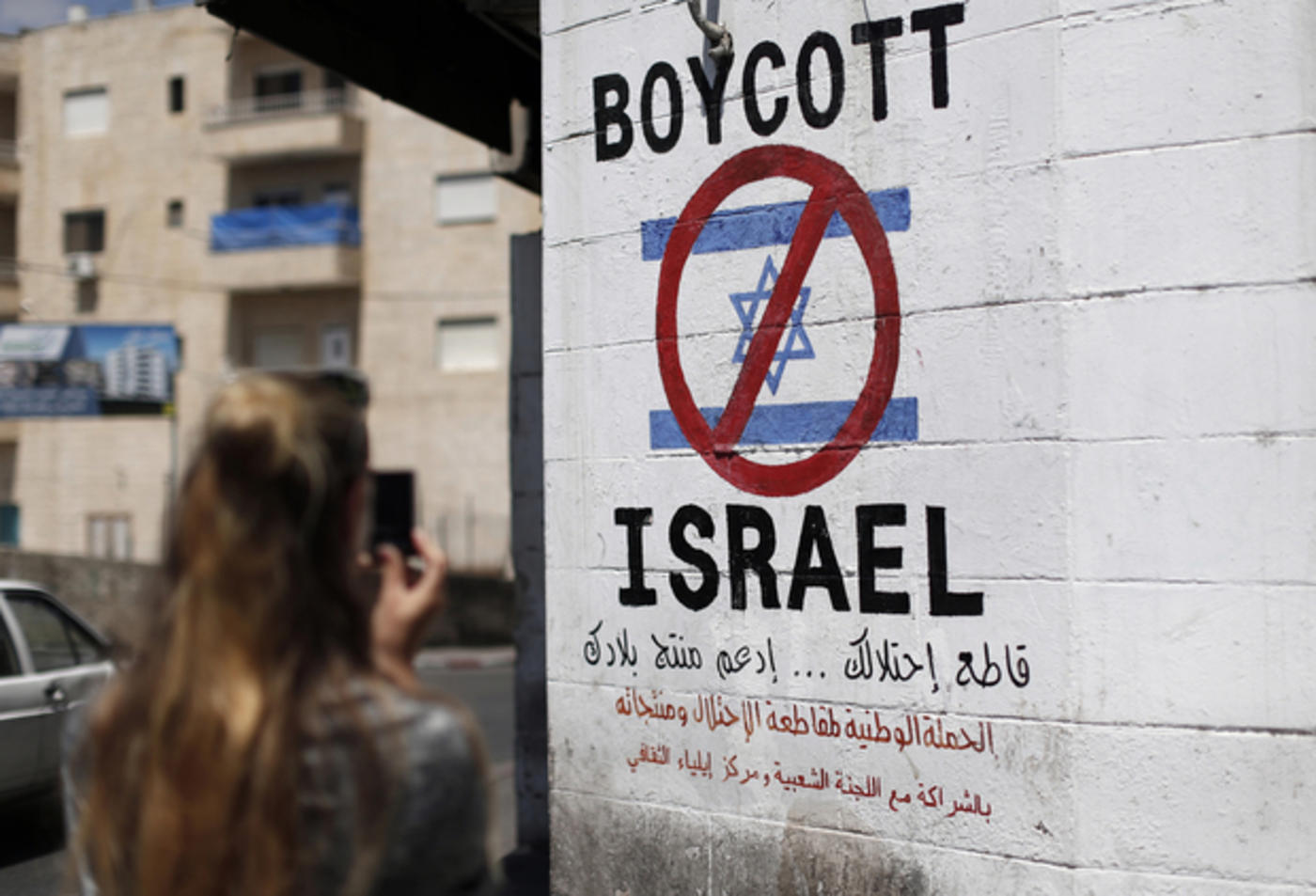 The UK government’s attack on local democracy and the Boycott, Divestment and Sanctions (BDS) movement has intensified in recent weeks. The Department for Communities and Local Government published guidance for local authorities last month stating that “using pension policies to pursue boycott, divestment and sanctions against foreign nations and UK defence industries are inappropriate".

The government’s response? Too bad, we’re going ahead with it anyway

In other words, the government does not want local council pension holders to democratically decide to stop investing in weapons or security companies. And if they do? The Secretary of State for the Department for Communities and Local Government, Sajid Javid, has a new unprecedented power to veto their decision, and even to appoint someone of his choosing to take over the investment strategy of that local council.

This new policy was first proposed in November 2015 and put out to public consultation. The response was extraordinary: a massive public outcry, calling the move “an attack on local democracy”.

Some 98 percent of respondents, including over 23,000 members of the public and several hundred trade unions (including UNISON which represents local authority pension holders) rejected the proposal to hand central government the power to veto decisions made democratically by pension holders and their local communities.

The government’s response? Too bad, we’re going ahead with it anyway.

This latest episode must be seen in its broader context: a perfect storm of UK government interests along with the Israeli government’s step-up in attacks on the BDS movement calling internationally for people to boycott, divest, and lobby for sanctions on companies complicit in Israel’s oppression of the Palestinians. It’s not the first time that these interests have converged, and the result is a devastating blow on democracy and human rights.

What do UK local authority investment policies have to do with Israel’s war on the BDS movement?

A historical view begins to provide an answer. In the 1980s, local councils across the UK took part in the anti-apartheid movement, divesting from companies which continued to do business with South Africa’s apartheid regime. At the time, Margaret Thatcher tried to stop them too, using the same arguments and tactics used against the BDS movement today. But the local councils stood firm and played a major part in helping to topple the apartheid regime.

When it comes to taking on abusive regimes, it is clear that local council divestment works. In the meantime, the same tactics are being used effectively by the climate justice movement, for example by Waltham Forest local council which voted to divest from all fossil fuels within the next five years. The tactic is not limited to local government either; many churches and universities have also joined in to divest their endowments or assets from fossil fuels.

Following suit, some local councils (including Swansea, Gwynedd and Leicester) have added their voices to the movement against Israel’s occupation and oppression of the Palestinians by passing boycott and divestment resolutions.

There was a spike in these resolutions at local council level following Israel’s attacks on the Gaza Strip in 2009 and 2014, when UK citizens were outraged by their government’s continued support for Israel as its bombs killed and maimed thousands of Palestinians in Gaza. British-made weapons were used in the attacks, pointing to a direct example of the UK defence industry’s complicity in violations of human rights and even war crimes.

Local citizens were compelled to take BDS action because of the government’s failure to end UK complicity in these crimes, even with the overwhelming evidence that British military and security companies, along with others, were continuing to profit from Palestinian grief.

Take the example of British private security company G4S, which provides equipment and services to Israeli military checkpoints, illegal settlements and prisons where Palestinian political prisoners are held. The UK government has not only allowed G4S to keep operating in the West Bank, but has continued to reward it with new contracts and wider access to the UK market.

G4S and others involved in the defence industry have been high on the list of BDS targets, and the movement has begun to see real results, with G4S committing to exit the Israeli market in the next several months.

The unprecedented success of the BDS movement has not gone unnoticed by the Israeli government, leading to a special shared project with the UK government to coordinate crackdowns on the BDS.

In February 2016, a UK cabinet minister used a trip to Israel as the opportunity to announce the UK government’s intention to crackdown on the BDS movement. And then, over the summer, Israel set up an "anti-BDS taskforce" under the authority of the Israeli minister of strategic affairs, Gilad Erdan, the same man who called for human rights activists in Palestine to “pay the price” for their activities.

Erdan visited London in early September, meeting with Javid, the newly appointed head of the UK Department for Communities and Local Government. The topic of their discussion? The UK government’s proposed plans to ban local council divestment. Only a few days later, the plans were rubber stamped.

Since 2015, the UK government has launched attacks on a range of progressive movements in all sectors of our society.

This government’s austerity policies and crackdown on dissent, combined with its hawkish foreign policy, have ushered in a new return of the 1980s Thatcherism

There’s the Trade Union Act, which significantly reduces the rights of trade union members to organise effectively. The new local authorities pension investment plan is also designed as a tool to exclude trade unions from being able to advocate for its members’ interests, as UNISON has clearly articulated in its opposition to the changes.

The new Charities Act 2016 has also been criticised for giving the government too much power over the charitable sector, with a fear that it might be used unchecked. The Housing Bill, the Prevent agenda, and many other policies create the backdrop for this new set of regulations on local councils, making clear that this government’s austerity policies and crackdown on dissent, combined with its hawkish foreign policy, have ushered in a new return of 1980s Thatcherism.

Just like then, progressive forces in society will have to build a united front to fight against attacks on local democracy. Those advocating for human rights, climate justice, workers’ rights and many others all have a stake in this fight to make sure we don’t give up our rights to local democracy.

Photo: A sign painted on a wall in the West Bank town of Bethlehem on 5 June 2015 (AFP)