The threat to Morocco’s Fes from tourism surge 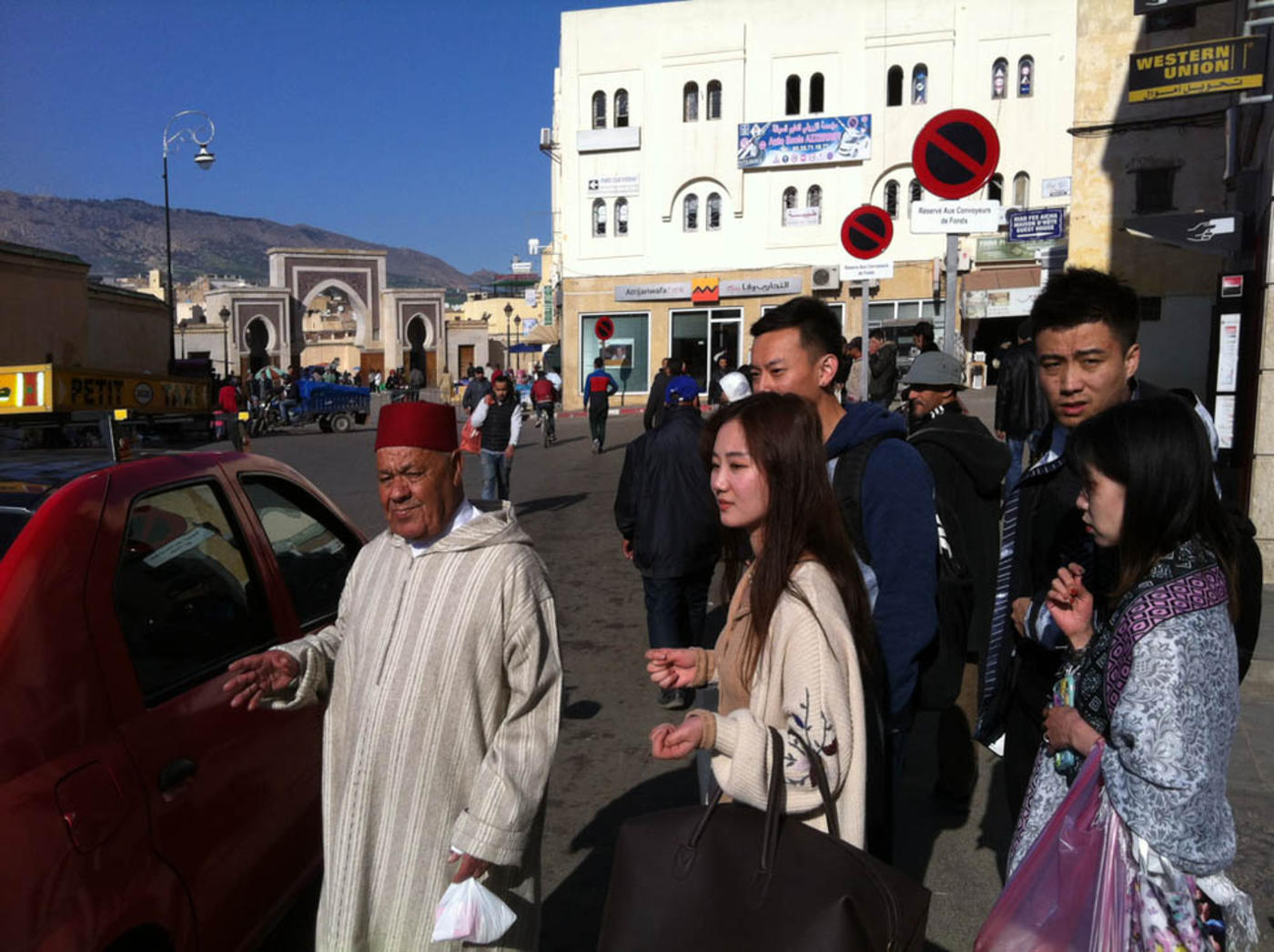 The tall, cedarwood door is slightly ajar, allowing visitors a quick look into an entrance to one of the most historic and beautiful buildings in the Islamic world.

The Qarawiyyin Library, in the heart of the teeming medina in the Moroccan city of Fes, is one of the oldest in existence. Its stacks and shelves of precious manuscripts include a ninth-century Quran, written on camel skin in elaborate Kufic script - the oldest form of Arabic calligraphy.

Outside, an elderly man bobs along on his donkey as a coppersmith hammers a giant cauldron for wedding feasts into shape.

Morocco is enjoying a tourist boom. According to official figures, more than 11 million people visited in 2017, a 10 percent rise over the previous year. There has been particularly strong growth in the number of tourists from China, bolstered by the recent dropping of visa regulations.

A substantial portion of Morocco’s population still lives below the poverty line, and unemployment is a big issue, particularly for young people. Tourism forms a vital part of government revenues and provides jobs, but coping with an ever-increasing influx of visitors is not always easy.

Others worry that industries like the medina’s famous tanneries, and its cloth and artisan textile dyeing workshops, could gradually disappear as cheap imports take over

For years, archaeologists and conservationists have warned about the impact of tourism on the Egyptian pyramids - particularly about the way the delicate wall paintings within the structures can be damaged by the sweat and humidity from human bodies.

Until recently, Fes, with its teeming alleyways that run through the medina like pulsing veins in a body, was not on the main tourist route; visitors to Morocco tended to head for Marrakech and Casablanca, places known for their more freewheeling, less conservative lifestyles.

But now, with a new airport open, tourists are flocking to Fes. Traders in the city, which was founded in the eighth century, have never had it so good.

Groups of visitors move through the medina, a UNESCO world heritage site said to be the largest pedestrianised urban centre in the world. Guides are taking crash courses in learning Chinese.

Engineer and architect Aziza Chaouni, a Fes native educated mainly in the United States, spends a third of the year working on projects in her native city and the rest of the time in Canada, where she is an associate professor at the University of Toronto’s John H Daniels Faculty of Architecture, Landscape and Design.

Several years ago, Chaouni - whose great-grandfather travelled by donkey from his village to study at Qarawiyyin University in the 19th century - began a project to rehabilitate the river that runs through the heart of the medina, curbing pollution and diverting drainage waters that threatened ancient buildings, including the university library.

In 2012, the Moroccan Ministry of Culture asked Chaouni’s architecture firm to undertake the restoration of the Qarawiyyin Library.

“From the beginning, I wanted to make the library part of what is still very much a living medina … The library is such a magnificent, magical building, full of treasures. The challenge now is to make it accessible to everyone, both locals and tourists,” Chaouni said.

At the same time, some are worried that an influx of tourists will threaten the medina’s character. One trader said that foreign-made goods and trinkets, such as watches and sunglasses, were already taking over some stalls. Others worry that industries like the medina’s famous tanneries, and its cloth and artisan textile dyeing workshops, could gradually disappear as cheap imports take over.

‘The medina is a living organism’

Authorities are also concerned about the impact of tourist numbers on buildings such as the library and university complex. Control of the library recently passed from the culture ministry to the religious affairs ministry. Plans to open the Qarawiyyin Library to the public last year have been postponed.

Chaouni, who is also involved in restoring the modernist Sidi Harazem thermal baths outside Fes, believes the library should be part of what is a dynamic, always evolving medina.

“The great danger with tourism is not so much the number of people involved, but the way it often wants to freeze areas, to make them into a sort of Disneyland,” she said. “The medina is a living organism, which has always been transforming and adapting.”

The Fes medina has about 10,000 streets that interlace over an area of around 300 hectares. It’s a bewildering labyrinth, where it is normal for visitors to become hopelessly lost. Tens of thousands of people live within the medina’s walls, where no vehicles can enter; instead, horses and donkeys do all the fetching and carrying work.

Adapting for the future

To appreciate the density of this city within a city, you can gaze out from atop one of the flat roof terraces at the numerous mosque minarets, and the satellite dishes that sprout from the flat roofs like mushrooms on a wet forest floor.

“The medina is a model for a sustainable city,” Chaouni said. “If you look at other medinas, in Marrakech particularly, the vitality has been sucked from the place. Locals have been pushed out by a real estate boom. Tourist-type shops have taken over.

“Fes and its medina is different - it is resilient. I’m confident it can adjust itself to the 21st century and all the challenges that involves.”

Photo: Tourists from China are flocking into Fes (Kieran Cooke/MEE).