Basheer Nafi
Ankara's diplomatic strategy was shifting even before the coup attempt, but now that transformation has been kicked into high gear 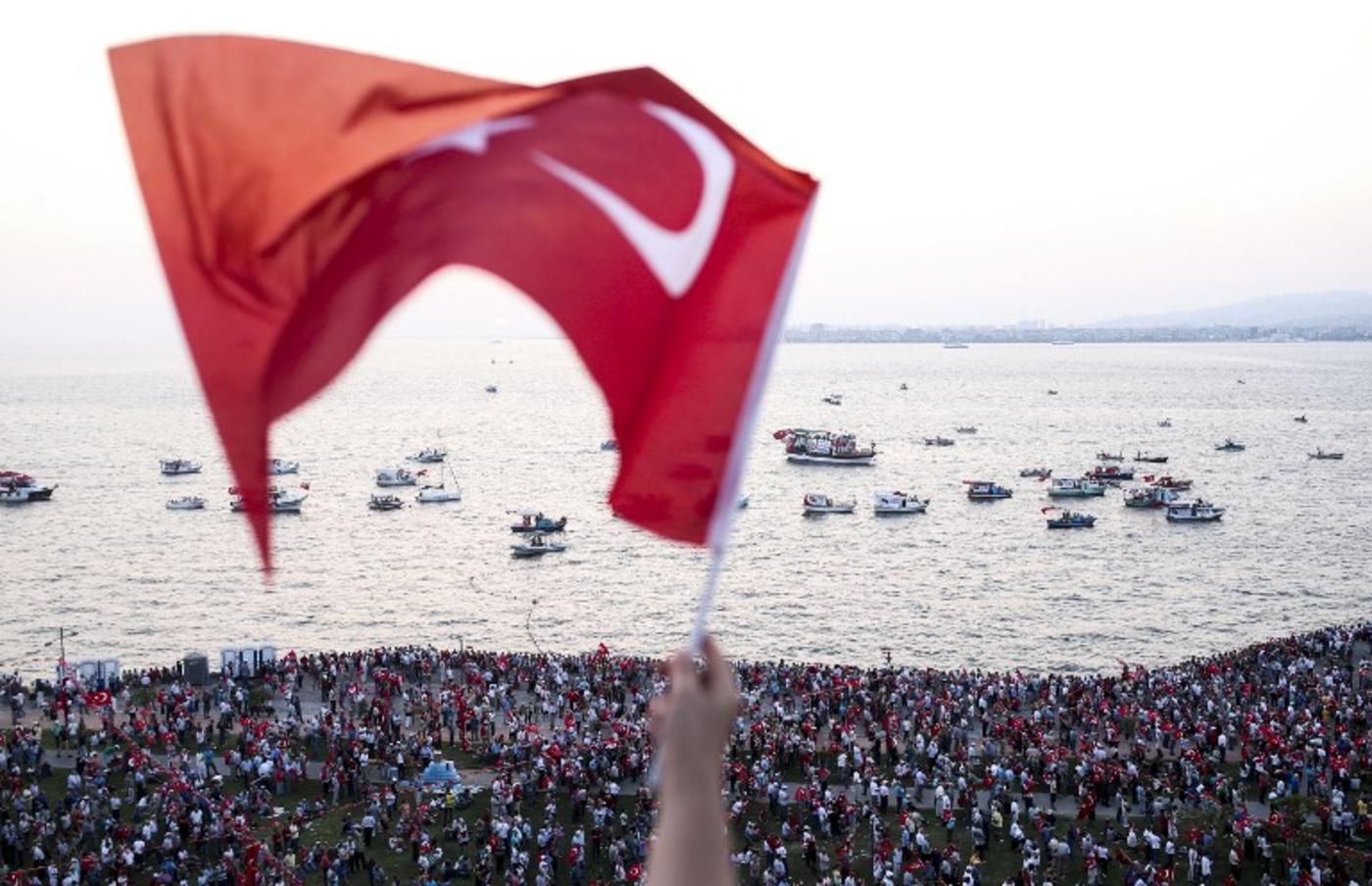 A few days after he took office in May, Prime Minister Binali Yildirim now famously said that his government would pursue a foreign policy aimed at “reducing the number of enemies and increasing the number of friends”.

So it was no secret that the Turkish leadership could see alarming signs of increasing regional and international danger even then.

Yildirim’s approach, undoubtedly with the full agreement of President Recep Tayyip Erdogan, was aimed at improving Turkey’s strategic position even if this involved offering concessions of one sort or another to this or that state.

Of course, Turkey’s problem was not Syrian President Bashar al-Assad or the regime of Egyptian President Abdel Fattah al-Sisi, but rather the tensions and widening rift between Ankara and Washington, and also between Ankara and the main countries of the EU - rifts that become all too clear when looking at Western policies towards Turkey's Arab neighbours.

The main Western states and the US provided international legitimacy for the coup regime in Egypt. They also refused, in the most unjustifiable way, Turkey’s call for the creation of safe havens within Syria.

They stood by, watching helplessly, as the Syrian regime massacred its people with the support of Iran and Russia.

And when the Americans decided to intervene in the Syrian crisis, they provided all the support within their means to the Syrian chapter of the Kurdish Workers' Party (the PKK).

What one can understand from Yildirim's statements was that Ankara linked the resignation of his predecessor, Ahmet Davutoglu, who played a prominent role in shaping his country’s foreign policy since 2008, to difficulties in Turkey’s strategic position.

Regardless of the accuracy of this assessment, Ankara soon took rapid steps towards a new approach.

Talks on Turkish-Israeli normalisation were completed. Erdogan made his first direct communication with his Russian counterpart since the shooting down of the Russian plane in November - and there was agreement to hold a bilateral meeting soon.

Talks on Turkish-Israeli ties were completed. Relations with the UAE seemed to return to normal. And then the failed coup attempt happened

The Turkish-UAE relations also seemed to return to normal, particularly in the aftermath of the visit to Abu Dhabi by the Turkish foreign minister and the appointment of a new UAE ambassador in Ankara.

Within the same context, Yildirm said that his government would seek to normalise its relations with Iraq and to at least partly normalise them with Egypt. He also spoke, although somewhat obscurely, about a different approach to the Syrian crisis.

As observers of Turkish politics were anticipating further steps to be taken, the failed coup attempt took place on the evening of 15 July.

In the wake of the coup, some states and circles made their opinions of the failed putsch clear. There are others whose position cannot yet be accurately assessed, let alone whether they played a role in the coup attempt.

Russia was one of the states that adopted an early position supporting the government's legitimacy and condemning the coup attempt. Perhaps this is because Moscow feared the ascension of officers who are well-known for their close relationship with the Americans.

Although Washington also condemned the coup and called for the safeguarding of democracy, it is difficult for Turks to ignore Fethullah Gulen, who is accused of leading the group that tried to seize power by the force of arms and who has his home in the US.

Equally, it is difficult to comprehend the American inconsistency as it has so far refused to hand Gulen over to be prosecuted in Turkey. The European positions were even worse and more inconsistent, with most European capitals waiting for the plotters to fail before denouncing the coup attempt.

As soon as the pursuit of the plotters and the purge started, French, German and Italian officials rebuked the Turkish measures and threatened to sink Ankara's EU membership bid if it reinstituted capital punishment.

European and American officials and media circles ignored the blatant and unprecedented violence that the coup plotters had perpetrated. They competed in denouncing what the European media portrayed as an attack on the rights of those who were suspected of loyalty to Gulen's group - and who are spread within the ranks of the army, the judiciary and the state’s bureaucracy.

On the other hand, the media in some Arab countries could not conceal their happiness over what seemed like an imminent collapse of Turkey's elected government. Others behaved as if they had prior knowledge of the coup attempt.

To what extent will the stances of these countries be reflected in Turkey's foreign policy in coming months?

Future of ties with Egypt, UAE

In terms of Turkey's relations with Arab countries, there is not a single Turkish official who would be able to call for normalisation with the coup regime in Egypt today.

And that's not simply as a result of the vulgar coverage of the coup attempt in the Egyptian media that is connected to the Sisi regime, but also because Egypt's UN envoy blocked a draft UN Security Council communique condemning the unrest in Turkey and calling on all parties to respect the democractically elected government.

Turkish officials and media close to the government are circulating reports that accuse the United Arab Emirates of playing a role in supporting and aiding the Gulen group, including suspicion that the UAE delivered financial aid to the coup network just before the attempt was carried out.

Since the early hours of the coup attempt, questions have been raised about the real nature of the UAE stance. While the Egyptian, Syrian and Shia sectarian media supported the coup attempt with a great deal of impulsive anger and hatred for Erdogan and his government, the media associated with the UAE seemed to provide coverage that had been programmed and planned to provide support for the coup plotters.

Whatever the case may be, what is certain today is that the Turkish-UAE rapprochement underway before the coup is likely headed for a slowdown.

Perhaps most importantly, what are Ankara’s options with regard to relations with the US, Russia and the EU?

Some early reports have suggested that Ankara will become closer to Russia and more distant from the Western bloc and may go so far as reconsidering its commitments inside the NATO alliance.

And Arab circles close to Iran and the Assad regime hastily predicted an imminent change in the Turkish position toward the Syrian crisis, arguing that the meeting between Erdogan and Putin would lay the cornerstone for a Turkish-Russian understanding over the conflict.

The meeting between Erdogan and Putin was scheduled to take place before the coup attempt, not because of it.

But all of these reports are exaggerations, lacking any solid evidence.

For decades, Turkish foreign policy has been founded on the basis of maintaining balanced relations with the US and Western Europe, on the one hand, and with Russia, on the other.

Although Putin’s policy toward Syria was the principal reason behind the deterioration of Turkish-Russian relations, Ankara worked immediately, after the downing of the Russian plane, to contain the crisis as soon as possible. The meeting between Erdogan and Putin was scheduled to take place before the coup attempt, not because of it.

It is also clear that Turkish officials responsible for the country's Syria policies wanted to ensure that the Erdogan-Putin meeting did not take place after Aleppo had fallen back in the hands of the Assad regime.

Yet this does not mean that Turkey would reject a political solution to the Syrian crisis if Russia showed readiness to exert serious pressures on Assad.

Despite increasing tensions, there is nothing to indicate that Ankara plans to cut ties with Washington or the EU.

Instead, Turkey will become more assertive about its interests in the relationship with the Europeans, especially in regard to refugees and the provision of safe havens by some European countries to elements of the Kurdish Workers' Party and Gulen's group.

In light of Turkish public opinion that is less enthusiastic about joining the EU, the essence of Turkey's European relations will not change.

As for relations with the US, Ankara is obviously waiting to see first if a post-Obama Washington will change its approach toward Turkey and its interests.

Turkish policies are undoubtedly more independent of the American policy today than before. Still, Turkey will need more time and greater clarity from the US before it embarks on a deeper revision of the nature of relations with its ally that is causing it much concern. Diplomacy
The coup effect: What happens next for the Israeli-Turkish detente
Yossi Melman 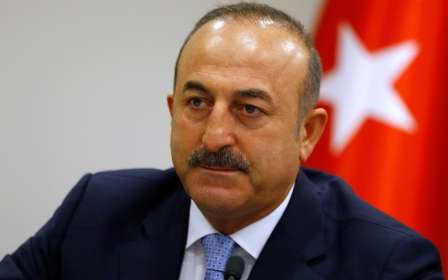 Syria War
Turkey proposes joint operations with Russia against IS