The Trump doctrine, the Iran deal and the future of Iraq

Ibrahim al-Marashi
US has rejected diplomacy in dealing with Iran’s nuclear programme not once, but twice, with dire consequences for Iraq’s stability 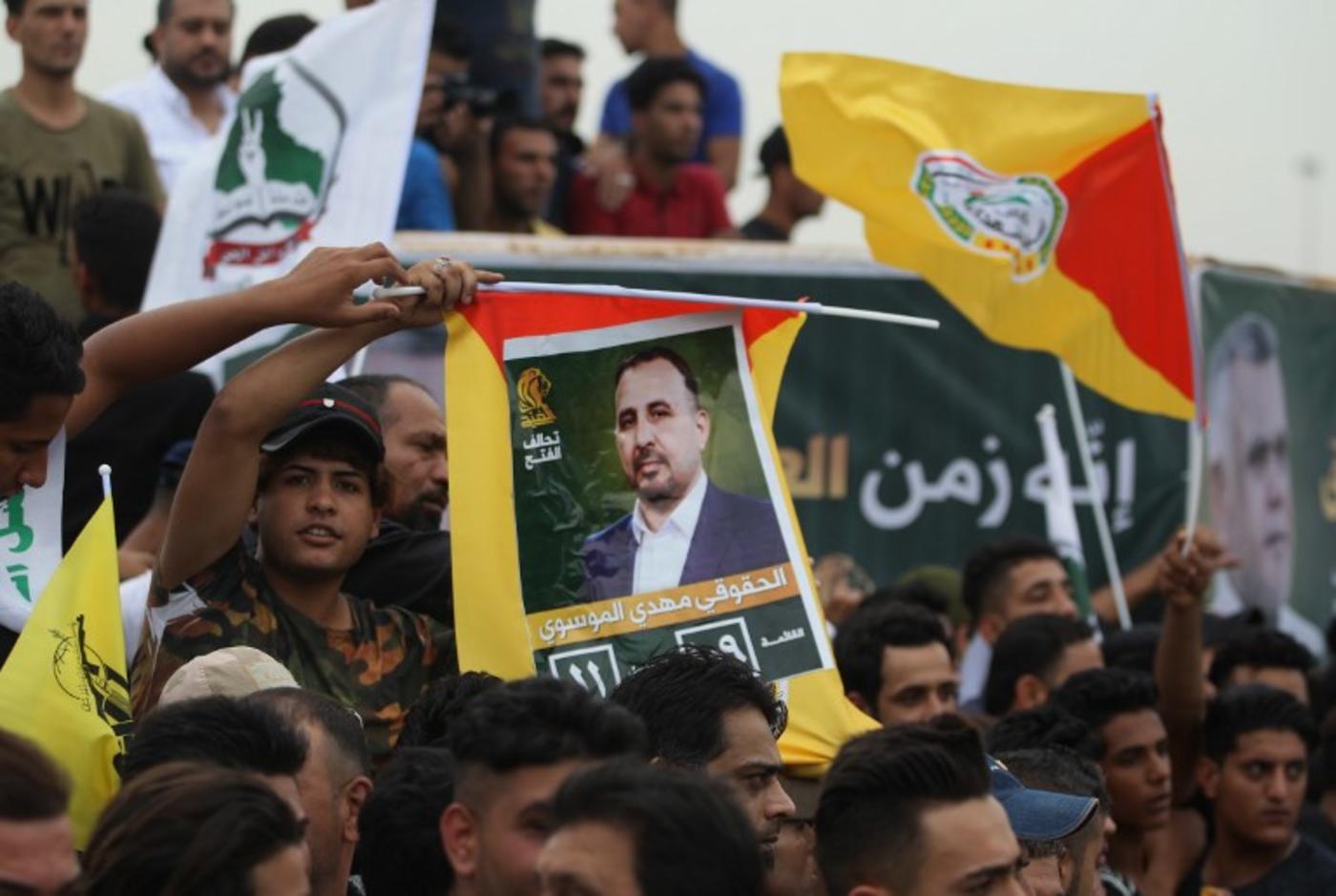 US President Donald Trump’s decision to pull out of the 2015 Joint Comprehensive Plan of Action, otherwise known as the “Iran deal,” not only increases bilateral tensions between Washington and Tehran, but provides the Islamic Republic with a greater incentive to influence Iraq’s upcoming elections in its favour.

While the outcome of Iraq’s vote remains unclear, what is certain is that Iran is ever more invested in ensuring a result that weakens US influence there. After the success of pro-Iranian candidates in Lebanon’s recent elections, Iran will attempt to replicate this outcome in Iraq.

While President Trump was elated about abandoning the diplomatic triumph of his predecessor, Barack Obama, Trump did follow through with Obama’s plan to eliminate the hold of the Islamic State (IS) over Iraq. Nonetheless, Iran has every incentive to demonstrate that while Trump may boast he defeated IS, he could lose any influence the US has over the Iraqi state.

From Iran’s perspective, Trump’s move to kill the nuclear deal represents the second time the US has undermined Iranian attempts at diplomacy regarding its nuclear programme.

In March 2003, with the US on Iran’s border after the invasion of Iraq, Tehran offered the George W Bush administration a comprehensive negotiation proposal in which the Islamic Republic was willing to open its nuclear programme for inspections and work as a partner to stabilise Iraq.

Washington refused to engage with Iran via diplomacy in 2003, opting for “regime change”. Tehran’s rationale then was that if the Bush administration sought regime change and considered bombing Iran’s nuclear facilities, the Islamic Republic could take its conflict with the US to Iraq. Iran then undermined the US mission in Iraq by supporting a variety of insurgents to target American forces.

When the US failed to work with Iran through diplomacy in 2003, the Islamic Republic could strike back via its many armed proxies in Iraq. As of 2018, Iran’s proxies have only proliferated

Iran did not create the first Iraqi Shia militias. Muqtada al-Sadr’s Mahdi Army, for example, sought to distance itself from Iran, so Iran sought out Shia proxies by encouraging splits within the already battle-hardened militia. One splinter, Asa’ib Ahl al-Haq (the League of the Righteous), which formed in 2006, proved a more reliable force in targeting US soldiers in Iran’s proxy war. This trend ushered in the proliferation of the numerous Shia militias present in Iraq today.

Another example is Iran’s enticement to Hadi al-Ameri, today leader of the Badr Organization party and militia, to split before the 2010 election from Ammar al-Hakim’s Islamic Supreme Council of Iraq party, which had also sought to distance itself from Iran.

By 2014, half of the Shia militias were in place before the IS invasion, a product of the bilateral tensions between Tehran and Washington that began under the Bush administration. Many of the candidates running in the Iraqi election today emerged out of Iran’s low-intensity proxy war against US forces in Iraq after 2003.

Trump is following the Bush administration’s strategy. When the US failed to work with Iran through diplomacy in 2003, the Islamic Republic was able to strike back via its many armed proxies in Iraq. As of 2018, Iran’s proxies have only proliferated - not only in Iraq, but throughout the region.

In the wake of Trump’s move, Iran has even more incentive to offer financial largesse to parties and candidates that will support its policies and seek to unseat incumbent Prime Minister Haider al-Abadi, who has been conciliatory to the US so far.

The various Shia militias, collectively operating under the title of the Popular Mobilization Units, have fielded candidates in the al-Fatah (Conquest) coalition. Most prominent among them is Ameri.

Poll numbers indicate that none of Iraq’s five major Shia coalitions will garner enough votes to form a parliamentary majority, which will mean that bargaining and alliance formation among them will ensue after the vote, including for the post of prime minister.

Even with increased Iranian support for its preferred candidates, one still has to factor in Iraqi nationalism, and even Iraqi Shia voters may not necessarily choose the Shia militia candidates, despite their popularity for defeating IS.

Still, Iran’s influence will be felt during the government formation process after the elections. In the past, when Iraq’s government formed in 2010 and 2014, Iran’s role was essential in ensuring the new prime minister was satisfactory to the Islamic Republic.

Then, the most crucial negotiations did not occur in Baghdad but with various politicians flying to Tehran to discuss the government’s formation. In 2018, it will most likely still be a powerful arbiter during this process. It remains to be seen whether Iran might undermine Abadi’s re-election, given that he has tried to balance Iraq’s foreign relations with Saudi Arabia and the US, Iran’s rivals.

Regardless, if the Shia militia candidates emerge as kingmakers, they will feel even more Iranian pressure to reject Abadi.  Prior to Trump’s decision on the nuclear deal, Iran would have had less of a rationale for such pressure.

Is there a 'Trump doctrine'?

While critics argue that Trump has no coherent Middle East strategy, Kori Schake, in an article in The Atlantic, noted: “His strategy is to limit American involvement, to push responsibility for outcomes in the region back onto states in the region, and to let power determine outcomes.” However, this strategy pushes responsibility onto Israel and Saudi Arabia, while unnecessarily antagonising Iran to provoke these two states.

This strategy pushes responsibility onto Israel and Saudi Arabia, while unnecessarily antagonising Iran to provoke these two states

“It is an approach international relations theorists call ‘realism,’ of the variant called ‘offshore balancing,’ as he seeks to withdraw US forces from the region,” Schake said. While she should be commended for bringing international relations theory into mainstream media, a policy based on realism would have accepted, first, that the Iran deal had contained its nuclear programme; and second, that neither Israel nor Saudi Arabia were in a position to stabilise either Iraq, Syria or Lebanon, three states where Iranian influence is paramount.

Realism and offshore balancing would also dictate that Washington ensure Iraq remains a stable ally in the region, whereas Trump’s decision will only intensify Iran’s attempts to reduce US influence there.

Washington’s failure in 2003 to engage with Iran brought instability in the region, and Trump’s failure to do so now does not portend well for future stability in an already unstable Middle East.

Photo: Supporters of al-Fatah, a coalition of Iranian-supported militia groups, attend a campaign rally in Baghdad on 7 May 2018 (AFP) 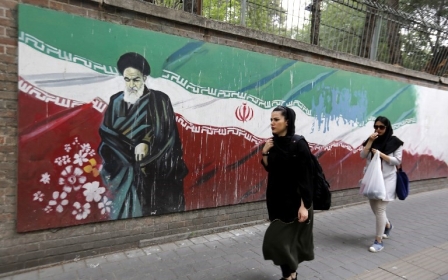