Trump dumps nuclear deal - so what could Iran do next?

Shahir Shahidsaless
Following US President Donald Trump's decision to withdraw from the nuclear deal, Iran has a range of risky options to select from 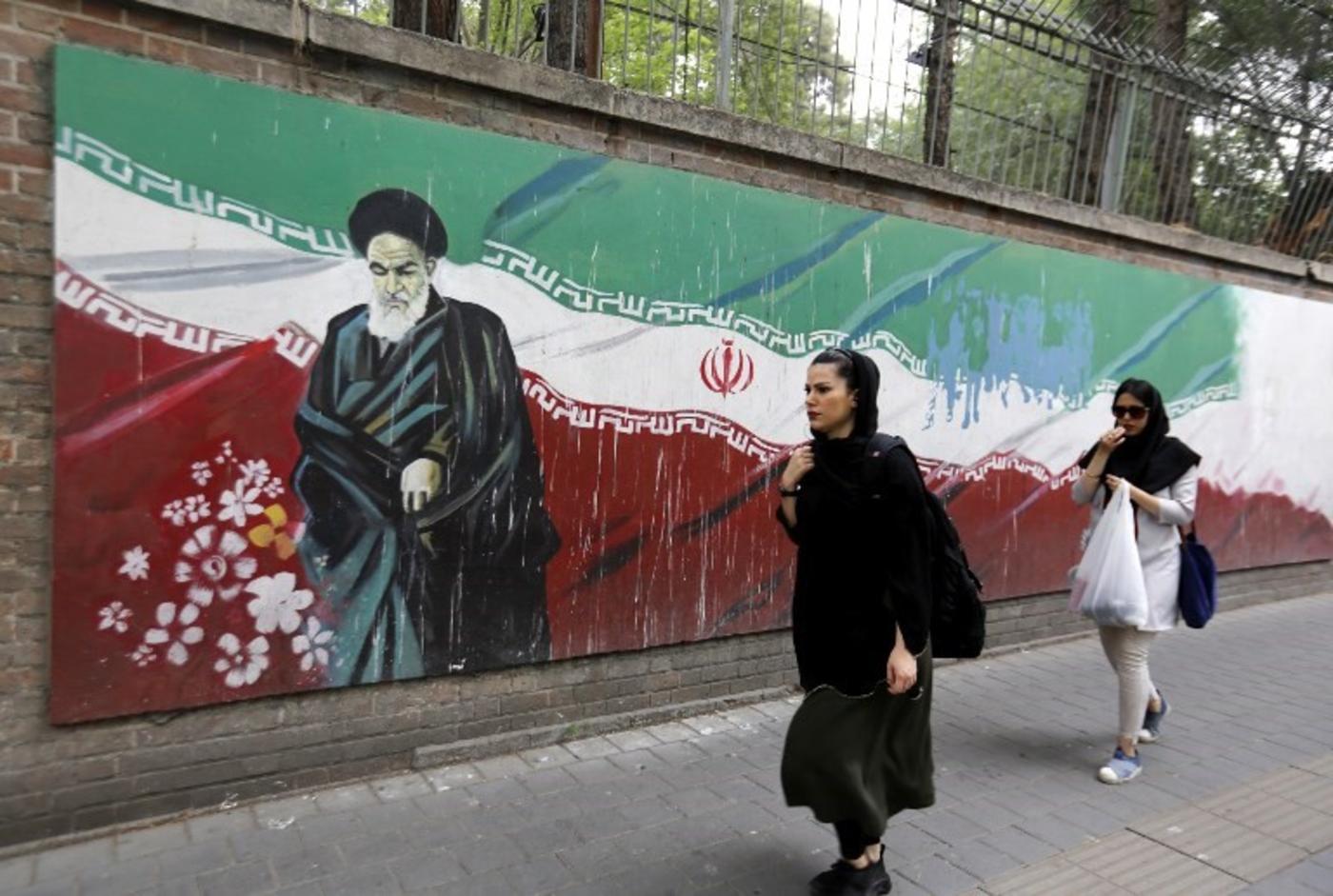 What makes it possible for two archenemies to simultaneously celebrate the materialisation of a single cause? As strange as it may sound, US President Donald Trump became the catalyst that made such a rare phenomenon occur.

By announcing the Unites States' withdrawal from the Iran nuclear deal – known as the Joint Comprehensive Plan of Action, or JCPOA – Trump brought the greatest joy to the ultra-right camps within both Israel and Iran. While the Israeli Prime Minister, Benjamin Netanyahu, hailed Trump's "brave decision", the Iranian hardliners filled their media outlets with commentary rejoicing the decision and attacking Iranian President, Hassan Rouhani, and Foreign Minister, Javad Zarif, for trusting the Great Satan.

Trump based his decision on Netanyahu's doctrine of "fix it or nix it". In doing so, he clearly violated international law by breaking an international agreement endorsed by the United Nations Security Council. Trump signed a memo that triggers the reimposition of a portion of the nuclear-related sanctions that were waived since January 2016 within 90 days.

The reintroduction of the most draconian sanctions – those targeting Iran's banking and energy sectors – will occur within 180 days.

Iran is now stuck between a rock and a hard place. On the one hand, high-ranking Iranian officials, including Iran's supreme leader, Ayatollah Ali Khamenei, have repeatedly threatened that if the US abandoned the deal, Iran would follow.

"[Any sanctions by] the opposing countries in the [nuclear] negotiations [under any pretext, including] repetitive fake excuses of support for terrorism or human rights", would void the agreement, Khamenei wrote in an open letter to Rouhani. "If the US tears up the agreement, we will light it on fire," Khamenei remarked on another occasion.

By announcing the Unites States' withdrawal from the Iran nuclear deal, Trump brought the greatest joy to the ultra-right camps within both Israel and Iran

In light of these and other similar statements, passivity in response to Trump's move would be embarrassing and a significant blow to the leader's and other officials' status. On the other hand, Iran's economy is experiencing deep stagnation and the trajectory of the country's currency, the rial, is sloping downward.

The rial has lost more than half of its value since October. Iran does not, therefore, want to be isolated while under immense economic pressure. Yet any serious response on the part of Iran that could be seen as a violation of the nuclear deal risks damaging Iran's relationship with the European Union (EU). EU has declared that it would remain in the deal despite a US exit.

As discussed elsewhere, Israel, Trump, and his advisers are counting on the continuation of the protests that occurred earlier this year in almost 80 Iranian cities, which were largely fueled by economic hardships.

Iran could elect to trigger Article 36 of the JCPOA and file a complaint to the Joint Commission, which comprises of representatives from Iran, the European Union, and the P5+1 states (China, France, Germany, Russia, the United Kingdom, and the US). If this procedure does not resolve the issue, Iran could then refer the matter to the UN Security Council. If this were to happen, the US could not only veto any resolution, but would also have grounds to suspend its own commitments under the nuclear deal. This option is much too risky for Iran.

Iran could opt to restart a portion of its nuclear programme that the JCPOA currently bans. For example, immediately after Trump's speech, Rouhani instructed the Atomic Energy Organisation of Iran (AEOI) to be prepared for resuming nuclear enrichment at the industrial level. "I have ordered AEOI to go ahead with adequate preparations to resume enrichment at the industrial level without any limit," he said in response to Trump's decision.

If Iran were to exercise this option, it would remove any opportunity for economic cooperation with the EU. Despite Rouhani's rhetoric, Iran will not try this option, at least not at this early stage.

Iran could choose to increase the testing of its ballistic missiles. Contrary to the Americans' claims, Iran’s ballistic missile programme is not in violation of UN Security Council Resolution 2231, which endorsed the JCPOA

The Additional Protocol, that Iran accepted under the deal, gives inspectors from the International Atomic Energy Agency (IAEA) the ability to conduct thorough and surprise inspections of Iran's nuclear sites. Exiting this protocol would constitute a violation of the deal and would dissuade the EU from siding with Iran and against Trump.

The secretary of Iran's Supreme National Security Council, Ali Shamkhani, recently said that Iran might withdraw from the nuclear Non-Proliferation Treaty (NPT) if Trump scuttles the nuclear deal. This is very unlikely.

Even when Iran lived under the most draconian sanctions from 2005 to 2015, it did not withdraw from the NPT. This despite the fact that the country was then on the brink of war with the US and Israel, and the latter country is not even an NPT signatory.

Iran could also choose to increase the testing of its ballistic missiles. Contrary to the Americans' claims, Iran's ballistic missile programme is not in violation of UN Security Council Resolution 2231, which endorsed the JCPOA. Regardless, however, this option could provoke significant anger in the US and frustration in Europe.

While Iran may conduct several tests to respond to the Americans' bullying tactics, it will not increase the range of its missiles. Why? Iran is well aware that such a move could lead to a military conflict.

So what action will Iran take? For the moment, nothing. Foreign Minister Javad Zarif has already confirmed this point. He tweeted: "In response to US persistent violations & unlawful withdrawal from the nuclear deal, as instructed by President Rouhani, I'll spearhead a diplomatic effort to examine whether remaining JCPOA participants can ensure its full benefits for Iran. Outcome will determine our response."

If the Europeans cannot persuade Trump to refrain from reimposing sanctions – which can partially happen on both 4 August and 4 November – and as a result Iran's oil exports are significantly reduced while its banking system becomes paralysed, Iran will exercise one or a combination of the above options.

Against this backdrop, the winds of war, which began blowing several weeks ago in Syria between Iran and Israel, have raised the level of uncertainty in the region.

Photo: An Iranian woman walks past a mural on the wall of the former US embassy in the Iranian capital Tehran on on 8 May, 2018. (AFP)