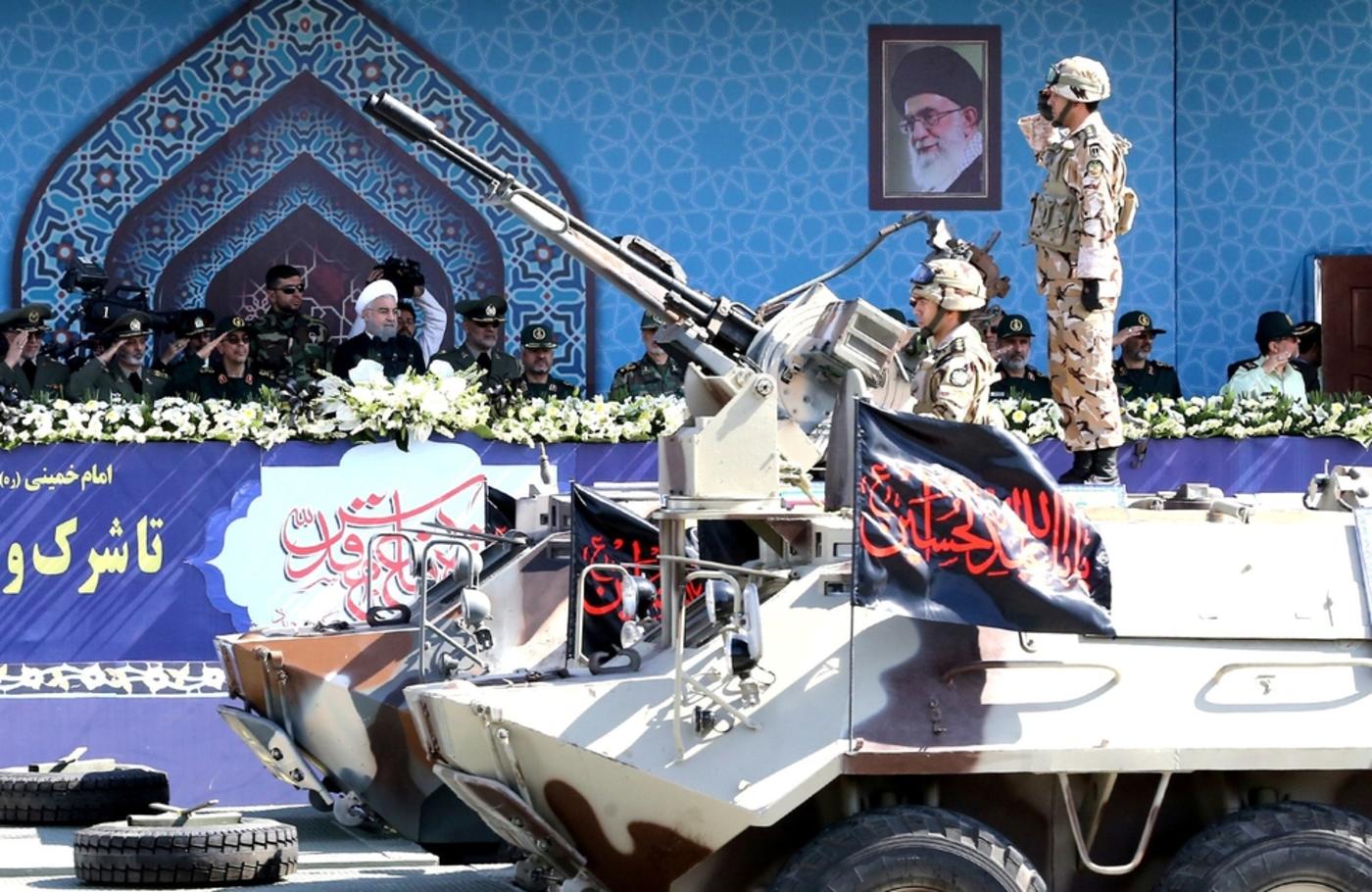 On 5 October, after discussing Iran and North Korea with United States military leaders, US President Donald Trump told reporters that they were witnessing "the calm before storm". When questioned by reporters what he meant by the statement, Trump replied, "You’ll find out."

To explain the meaning of Trump's statements, three theories have been presented in the US media. First, some analysts opined that the entire story – from the meeting itself to the taking of photos and Trump's various statements – was but a theatrical move by Trump to steer headlines. After all, they argue, Trump acted as a showman in The Apprentice for nearly a decade. He loves to be at the centre of attention.

Another theory maintained that Trump’s storm statement relates to North Korea. Finally, other analysts said that Trump was referring to Iran. If true, the status quo may be, as Trump noted, the calm before the storm.

Two developments could bring the two states close to a war.

First, according to several news outlets, Trump is expected to decertify Iran’s compliance with the 2015 landmark nuclear agreement between Iran and the world’s six powers (five permanent members of the UN Security Council plus Germany). Trump faces a 15 October deadline to recertify the nuclear deal - formally known as the Joint Comprehensive Plan of Action (JCPOA) - with Iran.

Opposition to the deal with Iran was a significant part of Trump's campaign last year. He called it "an embarrassment to the US". During - and repeatedly after- his campaign, Trump has made it clear that his policy with respect to that deal would be diametrically opposed to Obama’s.

If the Congress decided to reintroduce sanctions, in practical terms the deal is dead

In his 19 September speech at the UN General Assembly, Trump called the deal "one of the worst and most one-sided transactions the United States has ever entered into."

Some may raise the question of how Trump could decertify Iran's compliance despite the International Atomic Energy Agency’s (IAEA) confirmation that Iran has adhered to the deal's conditions.

One of the criteria set out by the Corker-Cardin legislation for Trump to certify Iran's compliance is that "Iran is transparently, verifiably, and fully implementing the agreement".

On 26 September, Yukiya Amano, chief of the IAEA, told Reuters that Iran, under section T of Annex I of the JCPOA, is prohibited from engaging in "activities which could contribute to the development of a nuclear explosive device".

The list includes as examples the use of computer models that simulate a nuclear bomb, or the design of multi-point, explosive detonation systems. When asked if the IAEA had the means to verify that section, Amano said: "Our tools are limited." This statement would give Trump a powerful argument to declare that he is unable to certify Iran's full compliance.

Another war in the Middle East?

Iran, under the JCPOA, accepted to significantly roll back its nuclear programme in exchange for the removal of sanctions. If the Congress decided to reintroduce sanctions, in practical terms the deal is dead. After many years of hardship due to insistence on operating a nuclear programme – and given tremendous financial costs estimated at between $100 to $500bn - Iran will not back down on the nuclear issue.

If Congress re-imposed sanctions, Iranian radicals would push the moderates – who are led by President Hassan Rouhani and his foreign minister, Mohammad Javad Zarif – to the margin and respond to US sanctions by expanding Iran's nuclear programme to perilous limits, exactly as they did between 2005 and 2013. Such a move would leave the Trump administration with no alternative short of war.

Obama had an accurate vision about the consequences of a tit-for-tat policy regarding Iran's nuclear crisis. In a 2015 speech, he said: "Congressional rejection of this deal leaves any US administration that is absolutely committed to preventing Iran from getting a nuclear weapon with one option: Another war in the Middle East. I say this not to be provocative; I am stating a fact."

The second development that could lead the two states to war is the implementation of the "Countering America's Adversaries Through Sanctions Act" bill, also known as CAATSA. The act's sanctions on Iran are directed at Iranian and foreign persons and entities contributing to the following three areas: Iran’s ballistic missile programme, terrorism-related activities of the Iran Revolutionary Guards (IRGC), and Iran’s human rights abuses.

What would that mean? First, it would mean that the US could sanction the IRGC, a group that plays a significant role in Iran's economy. Accordingly, were the group be boycotted, such a move would impose significant pressure on Iran. Second, US military forces could strike IRGC assets and personnel anywhere in the region, particularly in the Persian Gulf region.

Americans are one side of this equation. The other side is Iran. It is unlikely that Iran would stand by as an idle spectator watching the US manoeuvrings. In a fierce statement, the commander of the IRGC, Mohammad Ali Jafari, said on 8 October: "If the news is correct about the stupidity of the American government in considering the Revolutionary Guards a terrorist group, then the Revolutionary Guards will consider the American army to be like Daesh (the Islamic State) all around the world, particularly in the Middle East."

The metaphor is a clear warning and a conditional declaration of war against the US, similar to how Iran is in a war with Daesh. Jafari also warned that if new sanctions were imposed, the US would have to "move their regional bases outside the 2,000 kilometre range of Iran's missiles."

How serious Jafari is, remains to be seen. However, Iran, in its four-decade old conflict with the US, had never gone this far.

If new sanctions were imposed under CAATSA, or if the IRGC was designated as a terrorist organisation, as would be the case if Congress re-imposes sanctions, Iran will abandon the JCPOA. In retaliation, it will materially expand its nuclear and ballistic missile programmes, and war would become the US's sole alternative to confront Iran. This war would not be limited within Iranian borders.