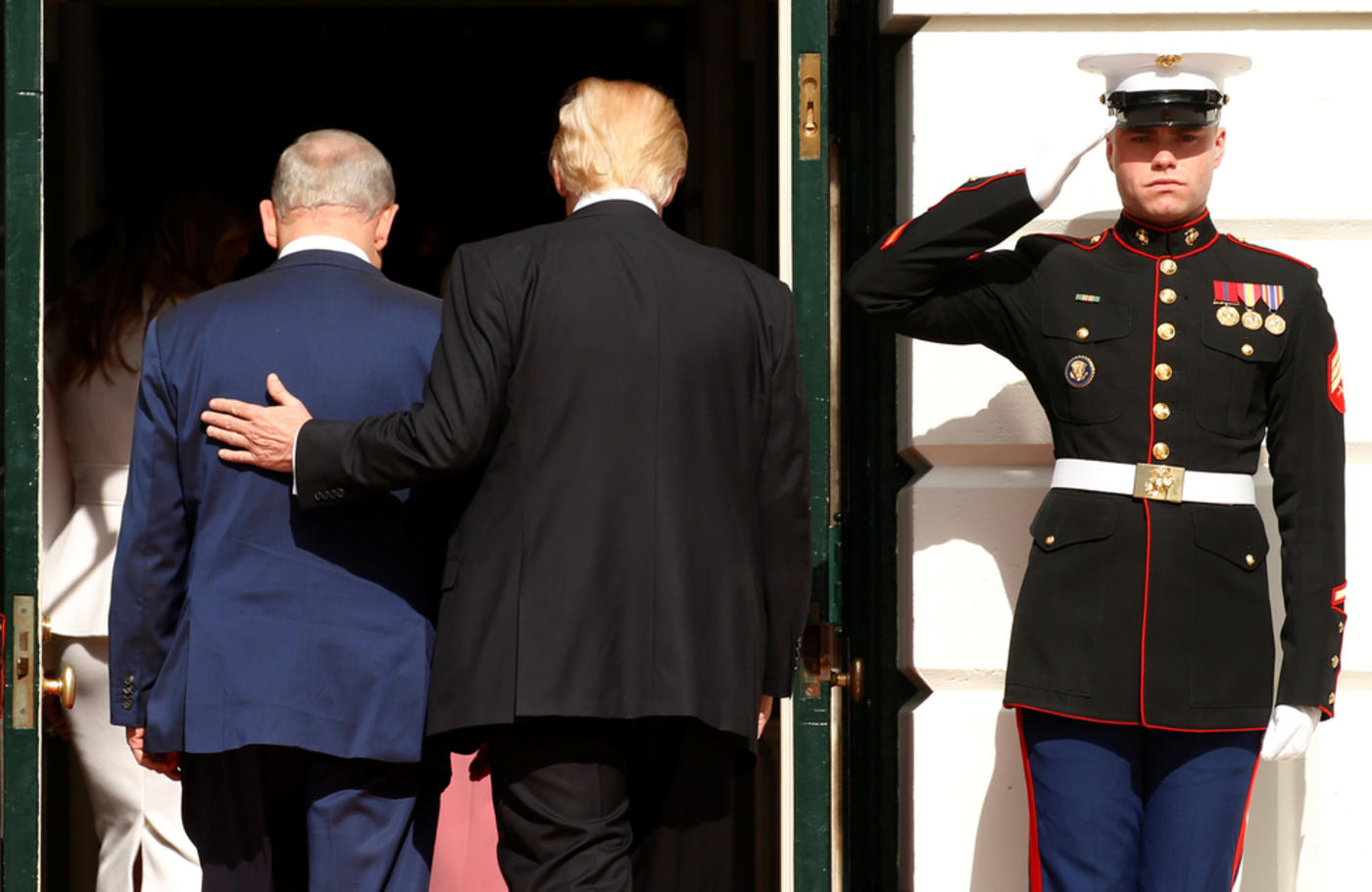 From almost the first day of his presidency, US President Donald Trump bragged that he would solve the Israel-Palestine conflict. Among his claims was that he could do what no US president had done. He called it "the ultimate deal".

By now, most of the world knows Trump is an empty braggart and that his boasts have almost no connection to reality.

But over the past week or so the New York Times and Israeli media have reported that a Trump peace plan is indeed taking shape. Sources have been vague about the exact contents of the plan though one common feature to every report is that the US will recognise a Palestinian state as part of the overall deal.

Beyond the recognition of a state, the deal would offer Palestinians almost nothing further

Last week, the Israeli news show Hadashot laid out the provisions of the peace plan that had been leaked to it. Beyond the recognition of a state, the deal would offer Palestinians almost nothing further. Jerusalem would not be accepted as Palestine's national capital.

No settler would have to evacuate a single settlement, let alone an entire settlement. Israel would hit a payday in terms of getting almost all of what it's demanded and failed to get from previous US administrations.

The US would recognise most of Israel's stated security needs, including for the ongoing presence of Israeli forces along the Jordan border, the TV report added.

It said Netanyahu, for his part, was pushing for the retention of overall Israeli security control in all Palestinian territory. This is a position Netanyahu has publicly demanded, and which, if granted, would underline that the Palestinians would not be gaining full sovereignty.

The New York Times earlier reported that under the provisions of the agreement Israel would open trade with the Arab world and its airlines would be permitted to overfly Gulf airspace. Arab states, says the Times, particularly Saudi Arabia, Egypt, the United Arab Emirates and Jordan "could add their own commitments, like overflights by Israeli passenger planes, visas for business people and telecommunications links."

There would be "land swaps", but considering that no settlements or settlers would be removed, it's unclear what land would be swapped and why. Or as the Times of Israel summarised the Hadashot report: "The borders, however, would 'not necessarily' be based on the pre-1967 lines."

Why, you might ask, would any Palestinian agree to such a deal? Well, apparently Trump and Netanyahu believe that Arabs are so venal that they will sell their birthright for a few billion Saudi petrodollars.

Sunni Arab states and others would provide hundreds of millions of dollars in economic assistance for the Palestinians under the plan, to help encourage Palestinian Authority President Mahmoud Abbas to accept the deal, the report said.

I would venture to say that if you asked any Palestinian whether, if offered a choice, he would prefer to be personally wealthy over his nation achieving full recognition and sovereignty, we would know what the answer would be.

Such a strategy follows a longstanding false assumption by Israel and the US that the Palestinian problem is an economic one at its root, and not political. Secretaries of state and Israeli prime ministers have touted improvements to the Palestinian economy as the way to resolve the overall conflict for many years.

This is a false and insulting premise. But in case you're wondering how or why the plan was leaked now... remember that Netanyahu faces four separate corruption scandals. He's been interrogated for the sixth time by Israeli police this week.

Netanyahu is desperate to change the subject. What better way to do that than by leaking to the Israeli public that he might achieve what no other Israeli leader has ever achieved: lasting peace with Israel's Arab neighbours.

An op-ed published by Al Jazeera dismissed the offer to the Palestinians as not only demeaning, but also a repudiation of the Saudis' own 2002 peace plan:

…The Kushner deal will not do even minimum justice to the Palestinian national project. While the deal offers strategic gains to Israel, such as ending a Saudi Arab boycott, it offers only tactical gains for the Palestinians, such as financial assistance, prisoners' release, and a silent, partial freeze of settlement activities outside the large settlement blocs.

The Kushner deal will practically fragment the Saudi-sponsored 2002 Arab Peace Plan that offered Israel full normalisation in return for full withdrawal from Arab lands occupied in 1967. By pressuring Abbas to accept the deal, the Saudi leadership is undermining its own initiative, accepting to partially normalise relations with Israel in exchange for an alliance against Iran.

Though the US has suggested that one way in which its approach is different than previous peace plans is that neither party will be pressured to agree. There will be no threats.

This claim has already been belied by two separate media reports of threats being made against the Palestinians if they reject the deal.

In the first instance, Israeli media reported that when King Salman summoned Abbas to Riyadh for talks last month, apparently the Palestinian leader pointed out that the deal being offered was less than any Palestinian could accept. The Saudis were having none of it and presumably told him that if he rejected the deal they would make his life a living hell. He should, in that event, resign.

Presumably, that would enable the Saudis to install a more quiescent figure like Mohammed Dahlan, now comfortably ensconced in Dubai, who would do their bidding. In fact, according to Al Jazeera's op-ed, none other than Dahlan himself "happened" to have been invited to Riyadh at the same time Abbas was there. The Saudi message to Abbas was clear: If we can't get you to do what we say, we'll find someone who will.

We've come to see the outlines of what a Trump deal would involve: The provisions would be highly favorable to Israel and dismissive of the Palestinians

Considering that they'd just successfully forced the Lebanese premier, Saad Hariri, to resign, the Saudis thought this would intimidate Abbas. But the leader of the Palestinian Authority realises if he sells out the Palestinian cause history will make a mockery of him.

Last week, the State Department "miraculously" dusted off an obscure 1994 law declaring that, if the Palestinians call for the International Criminal Court to investigate Israeli war crimes, the US must close the PLO mission in Washington DC.

The US has noted that Abbas' speech to the UN General Assembly last autumn did just that: It called for the ICC, which now included Palestine among its members, to hold Israel accountable for the massive loss of civilian life in Gaza during Operation Protective Edge.

Unspoken in these reports was the not so subtle threat that the US would close the mission if the PA rejected the Trump peace plan.

Though Abbas isn't known for having much political spine, the PLO's former chief negotiator Saeb Erekat didn't miss a beat in responding that if the US did close the Palestinian diplomatic facility, that the PA would cut off all communication with the US. That would certainly put a crimp into Trump's peace plan.

Through all this we've come to see the outlines of what a Trump deal would involve: the provisions would be highly favourable to Israel and dismissive of the Palestinians. The urge of the latter to summarily reject the deal would be mitigated by overwhelming pressure from the Saudi royals to accept it.

Frankly, despite the near universal consensus from Israel, the US, and Saudi Arabia that this deal is a good one; and despite the enormous pressure they can bring to bear on the Palestinians to accept it - I don't see how they can pull this off.

The US may be banking on the universal acclaim they expect from the world to finally see a serious peace plan accepted by almost all the parties to the conflict. But I'd bet that the world will see through the proposed agreement as a sham being perpetrated on the Palestinians. Stephen Walt, the Belfer Professor of international relations at Harvard University, told me:

"It is hard to believe that Kushner, Friedman and co. are going to come up with a deal that would work, because creating a viable Palestinian state at this stage is impossible without enormous Israeli concessions (reversing 40 years of policy) and this Israeli government isn't going to do that."

Middle East observers have noted another long-term factor favouring an agreement: Iran. Both Israel and the Saudis see Iran as a far more formidable, intractable obstacle than the Palestinians are. They believe if they can solve the smaller problem (Palestine) the world will look far more favourably on their aggressive approach to confronting Iran and Hezbollah.

Though Trump's negotiators have declared they won't attempt to force the parties to adhere to a timeline or a deadline to resolve the matter, a Israeli media report indicates Trump has plans to introduce the plan publicly as early as January. 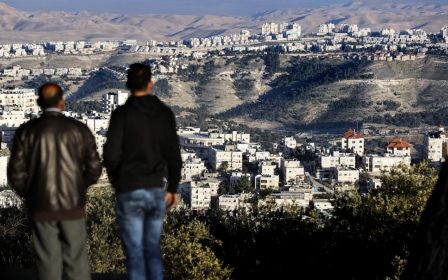 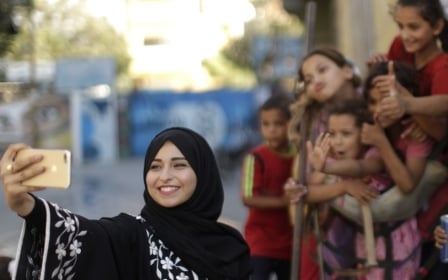 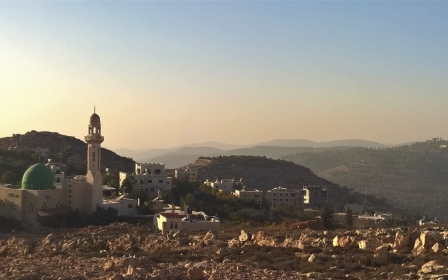