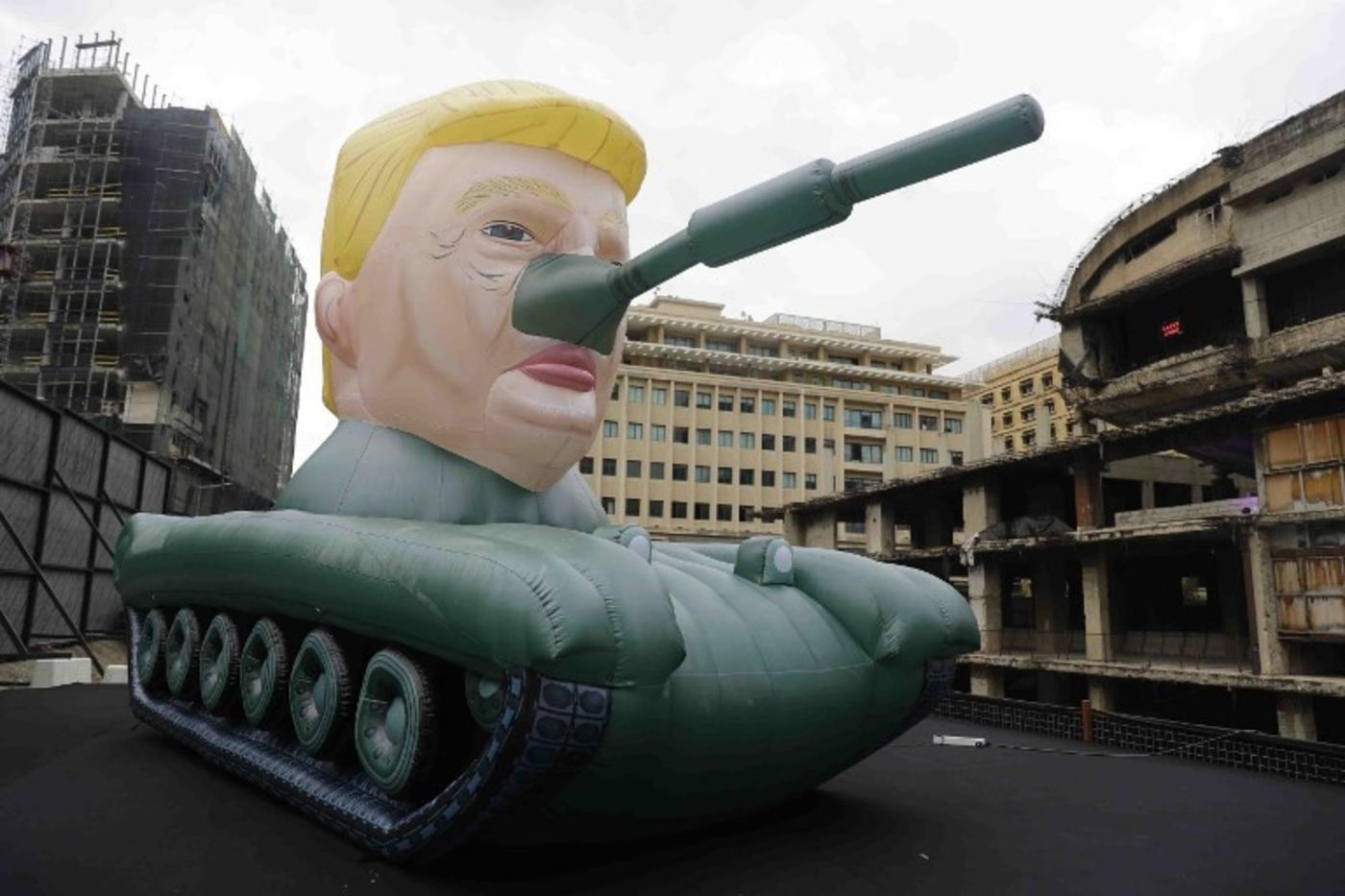 Debate over US President Donald Trump’s Middle East policy has focused in recent weeks on the confrontation between the president and the US intelligence community over Iran and the fight against the Islamic State group.

The recent regional tour by Secretary of State Mike Pompeo, and the delusional speech he delivered in Cairo (titled “A Force for Good: America Reinvigorated in the Middle East”) marked another lost opportunity for realism and restraint.

If the current US policy could be summed up in a tweet, it might say: "In the Middle East, just do the opposite of the Obama administration." This is the only headline one can draw from Pompeo’s Cairo speech, along with the usual statements celebrating US exceptionalism and demonising Iran.

Another US Middle East policy blunder will take place later this week when the meeting, ambitiously titled "Ministerial to Promote a Future of Peace and Security in the Middle East", kicks off in Warsaw. Of course, the main focus of the event is Iran, just to confirm, once again, how narrowed American views are about the region.

Even Washington’s major European allies are expected to be thin on the ground at the Warsaw Conference.

The meeting appears to be yet another desperate US attempt to gather a sort of new "coalition of the willing" aimed at further isolating Iran in the hope that this could trigger a change of regime in Tehran -an objective clearly pursued by Pompeo, Vice President Mike Pence, and National Security Adviser John Bolton.

What these senior US officials have not understood yet, and probably never will, is that, while the Islamic Republic celebrates its 40th anniversary, the more external pressure is applied on Iran, the more its population - regardless of the economic distress they are suffering due to the sanctions - will be pushed to support the current Iranian leadership.

As for the EU, some of its major members have shown unexpected resilience against US pressure to buckle down on Iran sanctions.

True, some EU eastern members appear keen to align themselves, as usual, to US and Israeli positions. Nonetheless, it is still too early to conclude that these differentiated positions will end up in another EU split as occurred in the spring of 2003 when the war against Iraq was approaching.

It is astounding that the state of denial about the disasters in the Middle East since 2003 persists among so many US senior decision-makers. Pompeo is still criticising former President Barack Obama for one of his few smart regional decisions: the refusal to bomb Syria in 2013, avoiding the same flawed strategy that former President George W Bush adopted in 2003 and that he himself pursued in Libya in 2011.

If anything, Obama should have been condemned for not stopping Israeli Prime Minister Benjamin Netanyahu’s nefarious policies, which have deliberately and systematically undermined any chance for a lasting peace between Israelis and Palestinians.

When America stays, blindly persevering with the same mistaken policies, mayhem is ensured

It is also curious that two US presidents so different from each other - Obama and Trump - have both been criticised for taking similar decisions in the Middle East. Obama was right not to escalate US involvement in Syria in 2013, just as Trump was right to order the withdrawal of the small US military contingent from Syria last year.

The recent killing of five US soldiers in Manbij presents another good reason to exit a theatre where, no matter what US pundits and strategists believe, Russia, Iran and Turkey will have the upper hand for the foreseeable future.

Obama was badly advised in 2011, mistakenly adopting the “Assad must go” policy, while any knowledgeable analyst would have confirmed that such a scenario was a fantasy. Regrettably, the hubris generated by the so-called “success” in Libya was irresistible.

Luckily, Obama was wise enough to ignore former secretary of state Hillary Clinton and other self-styled “experts”, refusing to add a second mistake to his first. He surprisingly refused to bomb Syria after the first major chemical attack in 2013, opting for a negotiated removal of Damascus’ chemical arsenal, promoted by Russian President Vladimir Putin.

The US foreign policy establishment reacted furiously to this decision. Today, Trump has drawn a similar reaction upon announcing the US disengagement from eastern Syria.

Despite Trump’s strenuous efforts to distinguish himself from Obama, both clearly share a reasonable instinct to refuse the flawed logic behind the endless US wars in the region.

The dramatic toll in terms of casualties, destruction and refugees is undeniable; but in Washington, Tel Aviv and certain Arab capitals, the state of denial persists. This dangerous mindset transcends partisan boundaries in the US, with few daring to challenge it.

Although many have rued the recent departure of Defense Secretary James Mattis, they might have forgotten that when he was the Centcom commander under Obama, he was quietly fired for being too hawkish;  now he has been dismissed again, for being unhappy about Trump's decision to get out of Syria.

As Obama struggled with his own security and military establishment to draw down US military commitments abroad, Trump is experiencing the same frustration. Trump’s “America First” is nothing more than a rougher presentation of Obama’s more sophisticated “nation-building at home”.

It would be unfair to attribute the disastrous US policy in the Middle East to either president alone. Both have been held hostage to the fundamentally flawed thinking and distorted narratives of American exceptionalism, along with the foreign lobbying that still permeates Washington. 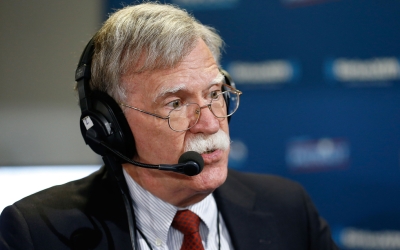 Trump can only blame himself for being surrounded by die-hard neocons, such as National Security Adviser Bolton, and evangelicals such as Pompeo and Vice President Pence. This trio is stealthily undermining his decisions. Their interpretation of America First means maintaining US hegemony everywhere, at any cost, through sanctions and never-ending wars. As Pompeo claimed in Cairo: “When America retreats, chaos often follows.”

So far, unfortunately, the empirical evidence from the Middle East shows the opposite. When America stays, blindly persevering with the same mistaken policies, mayhem is ensured. 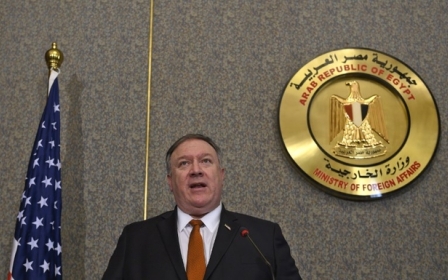 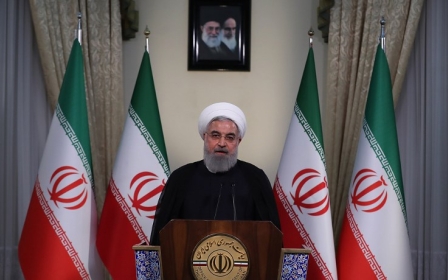