Marco Carnelos
Trump's statement on the Khashoggi murder shows that when US values, such as defending human rights and the rule of law, collide with American interests, he opts for the latter 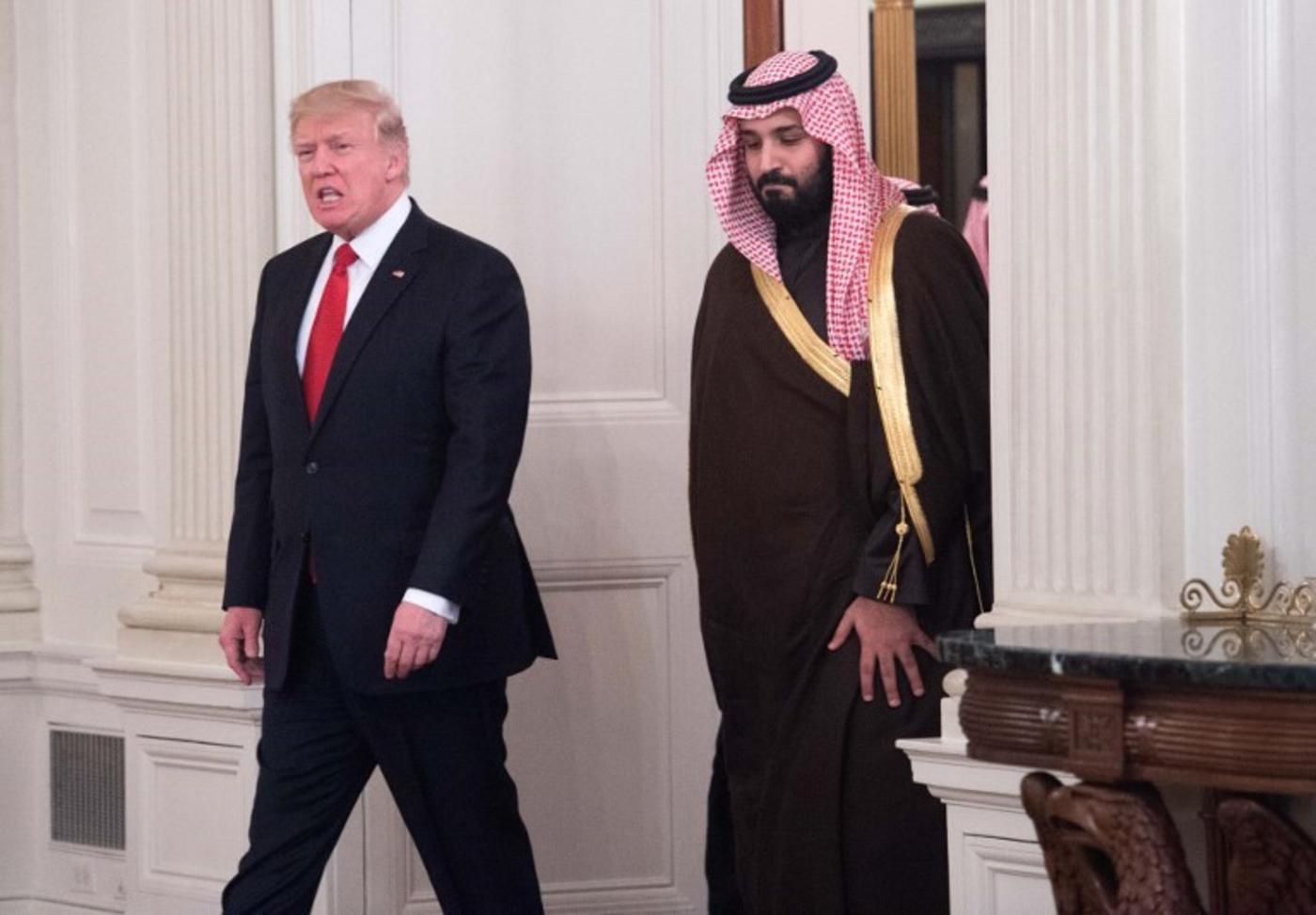 US President Donald Trump's latest statement on Saudi journalist Jamal Khashoggi's murder is an extraordinary example of political sincerity - although backed by a completely wrong analysis.

Trump departed from the usual empty and generic rhetoric made by former American presidents about Saudi Arabia. He made it very clear that the US will condone what Saudi Crown Prince Mohammed bin Salman did, i.e ordering the killing of Khashoggi, because the kingdom is containing Iran, purchasing American weapons and is helping to control oil prices in line with American interests.

In other words, when American values, such as defending human rights and the rule of law, collide with American interests, Trump will opt for the latter. In fact, Trump statement confirms indirectly Middle East Eye's report on the US intention to offer a way out to the Saudi crown prince from the Khashoggi quagmire.

The first sentence of the statement: "The world is a very dangerous place!" is probably the only one that reflects a correct reading of the current international situation. Of course, the president of the United States skips, or does not care about, the fact that his country carries a significant degree of responsibility for this situation.

In a statement stunning &cold-hearted, #Trump gave #saudiarabia a pass on murder of #JamalKhasoggi. He sounded more like #Saudi lobbyist or defense lawyer than protector of US values. So much for American justice. https://t.co/rsCNYcQARe

The support provided - so far - to Saudi Arabia's war on Yemen, the bias shown on the Israeli-Palestinian question, the never-ending war in Afghanistan and before that the US's toxic legacy in Iraq, are just a few examples.

The reasons provided to explain why the world is dangerous follow the usual American position, reductive and oversimplified to say the least: all roads lead to Tehran.

The reasons provided to explain why the world is dangerous follow the usual American position, reductive and oversimplified to say the least: all roads lead to Tehran

The reference to the Yemen conflict is quite puzzling, as well as the proposed solution: "Saudi Arabia would gladly withdraw from Yemen if the Iranians would agree to leave." Even more puzzling is the president's vision about the responsibilities for terrorism.

He considers Iran "the world’s leading sponsor of terror" and then he makes a reference to Saudi kingdom's efforts in this field: "Saudi Arabia has agreed to spend billions of dollars in leading the fight against Radical Islamic Terrorism." Unfortunately, the historical and circumstantial evidence, as far as Saudi Arabia is concerned, point in just the opposite direction.

Apart from the flawed analysis, Trump’s statement is an extraordinary demonstration of realpolitik. Because the world is a very dangerous place, the United States will continue to support Saudi Arabia, no matter what. But the real purpose of Trump's statement on Saudi last night is actually to fix a price for this support.

The hidden message that the statement was sending to the Saudi royal court is that to save himself the Saudi crown prince will be expected to disburse $450bn in investments.

The astronomical sums discussed during Trump's visit to Saudi Arabia last year and Saudi crown prince’s subsequent visit to the US, that so far had remained at the level of a declaration of intent, have to be transformed into binding contracts very soon.

And in case the message coming from Washington was not clear enough for the Saudis, Trump is even perfidious enough to mention possible initiatives by the US Congress going in different directions, hinting at the possibility of examine them: "I will consider whatever ideas are presented to me."

Translate: hurry up in drafting and signing the contracts!

Trump is aware that the CIA has probably reached different conclusions on the responsibility of MBS in Khashoggi's murder: "Our intelligence agencies continue to assess all information, but it could very well be that the crown prince had knowledge of this tragic event – maybe he did and maybe he didn’t!"

Certain sectors of the CIA still regret losing the excellent cooperation they had with the former crown prince, Mohammed bin Nayef, and they could complicate Trump’s plan to save the current crown prince.

To make matters worse, on Wednesday, a bipartisan group of senators sent a letter to Trump, triggering an investigation into Khashoggi's disappearance.

The Magnitsky Act allows the president to impose sanctions on a person or country that has engaged in a human rights violation. "It is a delicate situation when we have a longtime ally that we've had for decades, but we have a crown prince that I believe ordered the killing of a journalist," Corker said in an interview.

In other words, saving Mohammed bin Salman will not be an easy undertaking, especially if further leaks from Turkey on Khashoggi's murder should emerge with the smoking gun trail leading directly to the Saudi crown prince.

Hence, the Khashoggi saga is likely to go on.