Tunisia, the myth, is a burden its people did not ask for

Omar Al-Ghazzi
Since the 2011 uprisings, Tunisia has carried the emotional baggage and democratic hopes of the wider Arab world. It needs to break free from this narrative and create its own story 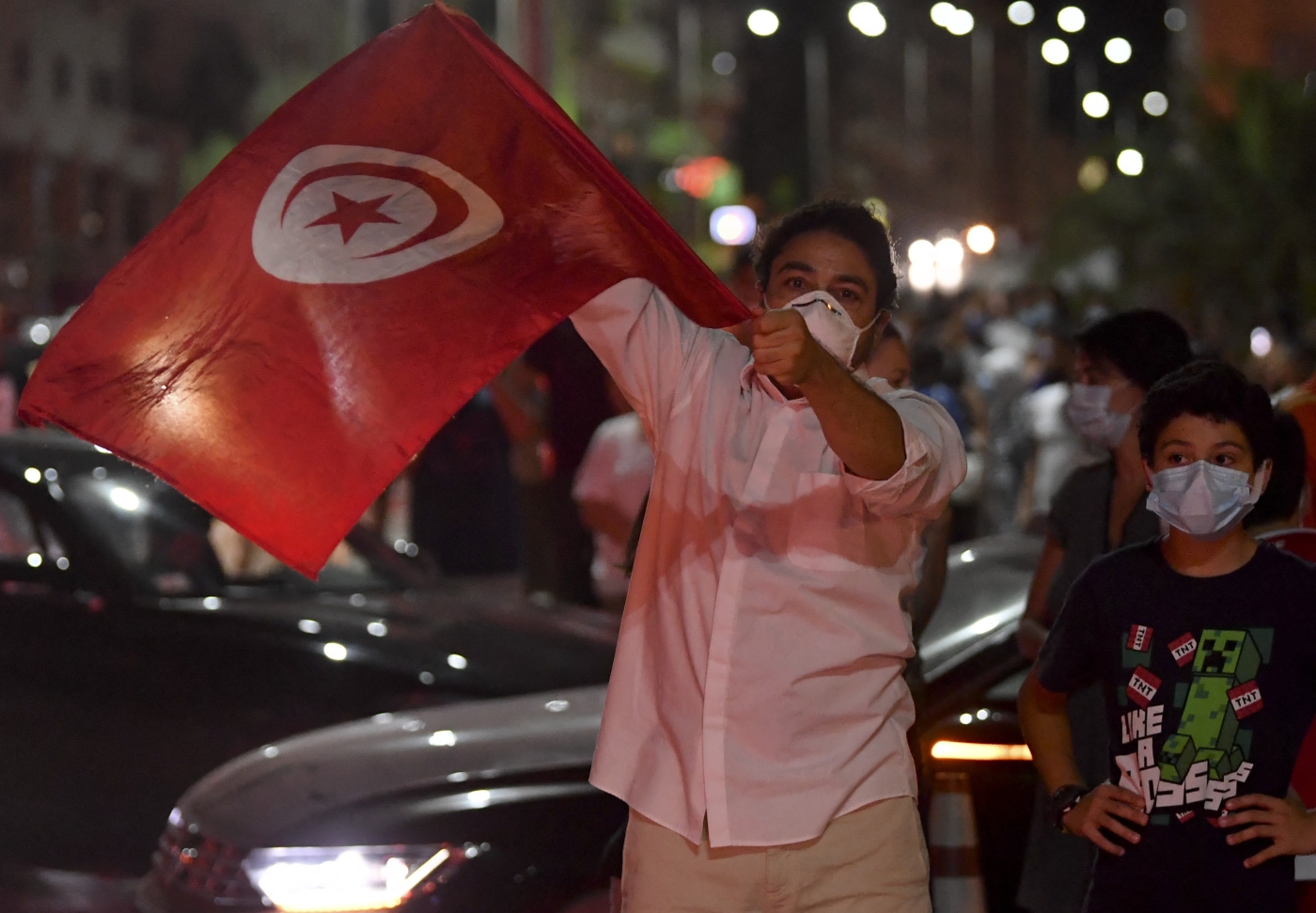 When Tunisian President Kais Saied sacked the country’s prime minister and suspended parliament on 25 July, the Arab world seemed to react online with a collective gasp - a gasp of recognition of a familiar pain; a gasp of fear about losing a cherished story.

For non-Tunisians, the events in Tunisia were reminiscent of past disappointments and a trigger to remember everything that's gone wrong in their own countries over the past decade, whether in Egypt, Syria or Lebanon. But how much of that reaction is about Tunisia, rather than the various other Arab countries?

The situation in Tunisia itself is fast-moving. It does not look good to outside observers, as democratic institutions are put under immense pressure, arrests take place and people express divided loyalties amid a global pandemic. My intention though is not to explain or comment about what is happening there but to speak of another Tunisia: a mythical one.

Claims that the turmoil in Tunisia is bound to lead to a similar destitute outcome as in other Arab countries carries the emotional baggage of disappointment, and even trauma, from past experiences

In 2010, Tunisia  captivated activists from across the region with its swift and successful uprising. For most Arabs, the North African country was familiar enough to inspire and curious enough to be turned into a myth. Activists back then copied the slogans and mobilisation tactics of the Tunisian uprising and adapted them to their contexts.

Ten years on, that same generation of  Arab activists is tired and beleaguered. The survivors - in exile, in prison, or silenced - do not want to think about those early years of hope that remained unfulfilled. Claims that the turmoil in Tunisia is bound to lead to a similar destitute outcome as in other Arab countries carries the emotional baggage of disappointment, and even trauma, from past experiences. Tunisia’s future is either an Egypt or a Lebanon scenario, some say, in reference to either a military takeover or a collapse of the state.

Many Tunisians online are asking for caution. Tunisia, they say, must be viewed in a different context with its own future to reckon with, one which is not going to be a replica of any other country. Most pundits are understandably occupied with the ideological and economic dimensions of this crisis. In parallel, I want to highlight the role of narratives, with the memories and emotions they entail, in shaping imaginations of Tunisia. In doing so, I separate Tunisia the myth from Tunisia the complex country, as its story develops, whatever outcome that brings about.

Ten years ago, Tunisians went on strike, took to the streets and defied the police to overthrow their dictator of 24 years, Zine El Abidine Ben Ali. As protests escalated, Arabs across the region began to pay attention to a country historically regarded as peripheral. Tunisians persevered until their corrupt ruler fled the country.

For a while, Tunisia dominated Arab imagination and popular culture. The words of anti-colonial poet Aboul-Qacem Echebbi came back to life. The words, “If, one day, a people desires to live, then fate will answer their call”, inspired the rallying cry of the revolution: “The people want to overthrow the system.”

After Ben Ali fled, a viral video showed a Tunisian man walking in the middle of the night by himself in empty streets shouting, “Tunisia is free; Ben Ali has fled.” His euphoria immediately struck a chord with Arabs used to living in heavily policed cities and towns. The video has since become ingrained in Arab audio-visual memory.

For a short while, and despite Arab fascination, that story of Tunisia still belonged only to Tunisians. It was specific to the country’s conditions and political culture. Within weeks, though, the story of the Tunisian revolution no longer belonged solely to Tunisians. Tunisia transformed from a country into a spark. It became the country meant to fulfil an already-scripted historic role: to ignite the fire of revolution across the region. Rather than a full story on its own, Tunisia became the first page of a much longer and complex script that spanned the geography of countries.

Life went on in Tunisia as it faced the trials and tribulations of political and economic restructuring. In the rest of the Arab world, Tunisia was reduced to serve as the opening scene of the Arab uprisings story, with the self-immolation of a 26-year-old street vendor, Mohamed Bouazizi, in the town of Sidi Bouzid, as the iconic opening scene.

It is as if Tunisian time stopped there. That is the story that provided the political opportunity for others to mobilise. And that became the function of Tunisia in so many news articles and academic books about the region. Few cared to follow the complexities of politics and society in Tunisia itself. Few cared to hear about corruption, misgovernance and injustice. But many cared about its place in the meta-narrative. Emotions got entangled with memories and fixated on Tunisia’s mythical position.

As war raged in Syria and Libya, and hopes for a fairer Egypt were crushed, Tunisia, the myth, was cherished. Rather than an outright rejection of racist western tropes about "a despotic Orient" incompatible with democracy, or a consideration of the structural reasons (including imperialist ones) that led to dissipated hopes, it was easier to point to Tunisia and say: "Look over there! - Tunisia is the proof that we can do democracy!"

Tunisia, the myth, became a burden that Tunisians did not ask for. Perhaps Tunisia’s central position in the Arab uprisings’ narrative has even made it more of a target by regional and international actors, as events there have symbolic significance. The country is now again reduced, this time as a final chapter of the legacy of the uprisings. It was the opening scene and now it needs to be the denouement.

How will events in Tunisia relate to the grand narrative about democracy in the region? Who will win this time around, the tired question goes, the Islamists or a military-backed president? Which regional alignment will triumph? In contrast to 2011, when many were invested in claiming to be just like Tunisians, today the dominant claim is that Tunisians are the ones who are just like the others.

The limits of comparisons

Country comparisons are always reductive. But they are also strategic. If, in 2011, ignoring differences between Arab countries helped activists to grab a previously unthinkable political opportunity and to muster up the courage to stand against authoritarians, what is its purpose today? That is a question for pundits and commentators.

While it is important to learn from the experiences of other countries, focusing the discussion exclusively on whether Tunisia is an Egypt or a Lebanon is a distraction. For non-Tunisians, it obscures what is actually going on there. For Tunisians, it saps their energies as they find themselves explaining why and how their country is not following a preordained script.

A lot of heated reaction is about how people feel their own countries have fared since those beautiful days in 2011, and what that may mean for the future

The different ways Arabs reacted online to developments in Tunis, whether those who see only one determined outcome, or others who cannot even follow because it is all too much, are not about Tunisia. A lot of heated reaction is about how people feel their own countries have fared since those beautiful days in 2011, and what that may mean for the future.

My larger point is that it is time to liberate Tunisia from the Arab uprisings story, and to complicate the story of the uprisings too. In doing so, we accept that political change is a long, arduous and largely local process, one involving overcoming many structural obstacles and people and conditions invested in the status quo.

It is time to let go of mythical Tunisia.

Omar Al-Ghazzi
Omar Al-Ghazzi is Assistant Professor in Media and Communications at the London School of Economics and Political Science (LSE). His research expertise is in digital journalism, popular culture and collective memory in the Middle East and North Africa. He tweets @omar_alghazzi 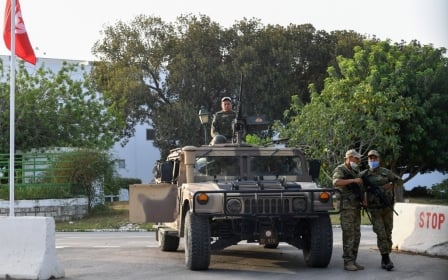 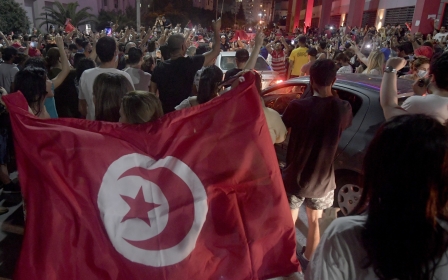 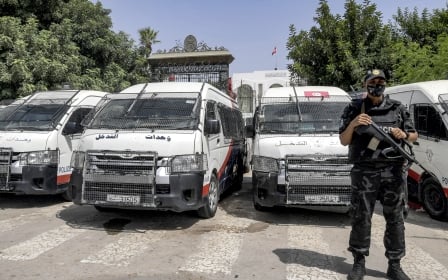