Turkey’s missile dilemma: A choice between Russia and the US 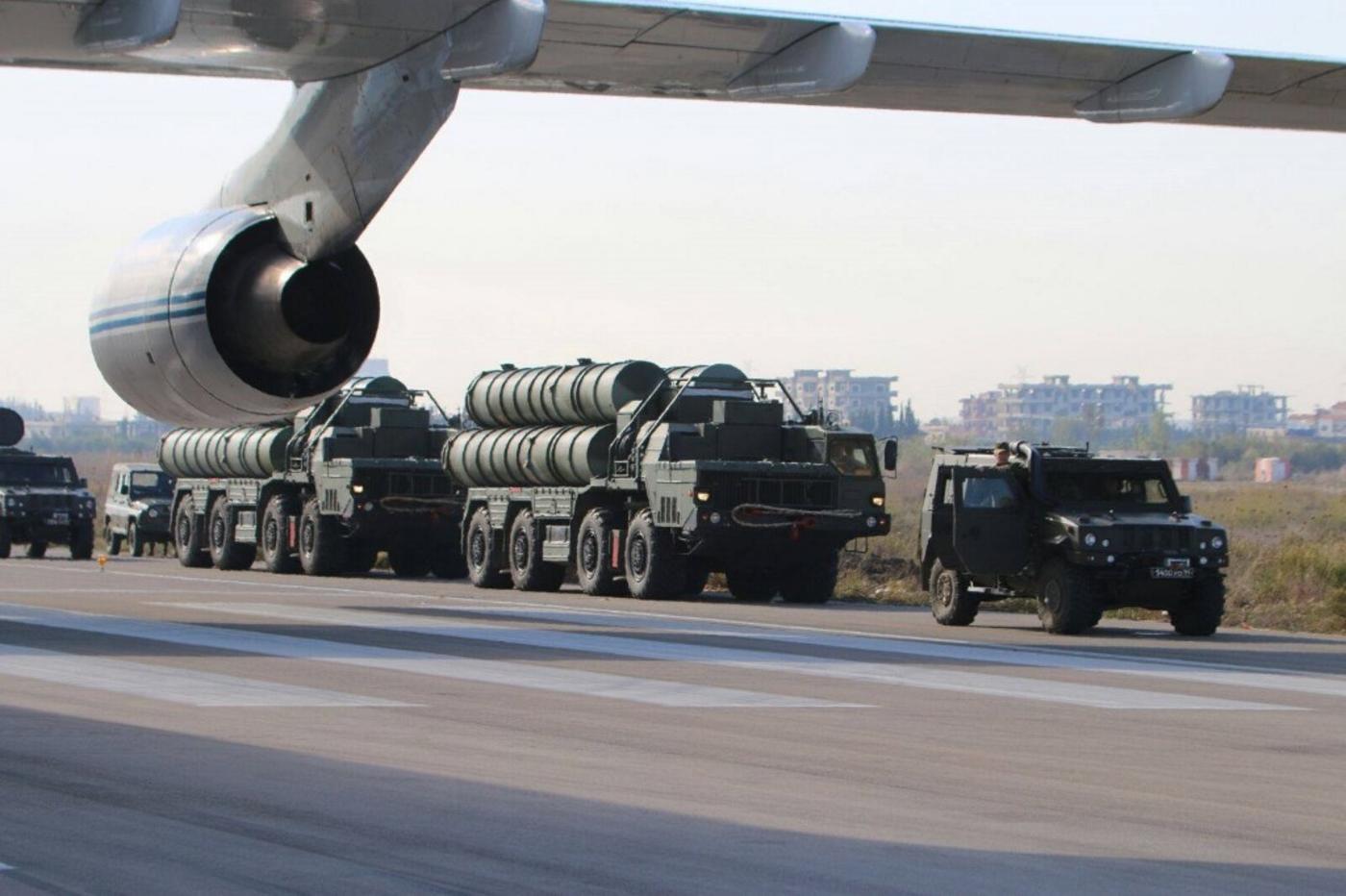 Although they back different sides in Syria’s Idlib province, Turkey’s installation of the Russian S-400 surface-to-air missile defence system is scheduled for July. This deal has exacerbated Ankara’s tensions with Washington and jeopardised delivery of the US F-35, an advanced combat aircraft.

The tensions have ramifications beyond the technical advantages of each weapons platform, representing a significant rupture in Turkey’s relationship with NATO, just as the trans-Atlantic alliance celebrates its 70th anniversary.

In addition, the technical expertise required to operate the S-400 system will require the deployment of Russian forces to Turkey, further projecting Russian influence in the region as Moscow consolidates its control over Syria with the recent Idlib offensive. This offensive demonstrates what could happen to Turkey if it backs out of the deal.

The S-400 purchase is not simply an arms deal; it has evolved into a matter of pride for Turks - a form of missile nationalism that has proliferated throughout the region. The question remains as to whether pride is more important than Turkey’s stake in Syria.

Turkey’s S-400 purchase has been described as a vanity project. Missile nationalism is a phenomenon in the region, where these weapons symbolise the “sword” that defends the nation.

The message was clear: Russian technology would protect Syria at a time when the US was contemplating air strikes

In Baghdad, the Umm al-Qura mosque had its minarets constructed to mimic the shape of a Scud missile launcher. Iran has rallied behind its missile program, even as the Trump administration used it as a pretext to withdraw from the nuclear deal and impose new sanctions.

Even the more limited missile defence systems have taken on nationalist dimensions. In Syria, a Youtube video uploaded in 2013 highlights “the might of the Russian weapon… designed to protect peace and innocent civilians”. The video begins with glorified images of President Bashar al-Assad and then segues into footage demonstrating the capabilities of the S-400, shown bringing down advanced US fighter jets.

Technically, Syria possessed the S-300 then; the S-400 is a massive upgrade. But the message was clear: Russian technology would protect Syria at a time when the US was contemplating air strikes.

As a NATO member, the Turkish military has historically depended on the US for arms sales - primarily fighter aircraft, such as the F-16. This aircraft downed a Russian Su-24 in November 2015, near the Syrian border. Since then, a rapprochement between Ankara and Moscow has evolved into a realignment, making possible the S-400 purchase.

Russia’s Almaz-Antey produces the S-400 “Triumph” as one of the world’s most sophisticated surface-to-air missile systems. The F-35, developed by Lockheed Martin, is manufactured by an international consortium, primarily NATO members.

The F-35 has advanced stealth and intelligence capabilities and can coordinate with nearby jets, drones or naval warships. It can collect and generate massive amounts of electronic data, including with friendly defence systems.

This has raised fears that Russian teams manning the S-400 could collect data from Turkish F-35s and learn the aircraft’s weaknesses, giving Moscow an advantage in a potential conflict with F-35s flown by other NATO members. Thus, the arms deal is not just a transaction between Russia and Turkey, but is embedded within the greater Russia-NATO conflict.

The decision facing Turkey is emblematic of a geopolitical hedging of its bets on a post-US order in the Middle East. The US, under the Trump administration, is seeking to withdraw troops from the region, despite escalating tensions with recent naval deployments aimed at sending a message to Iran.

With the deterioration in US-Turkey ties over US support for Syrian Kurdish rebels affiliated with the Kurdistan Workers’ Party (PKK), Ankara does not want to be overly dependent on Washington - and from a geopolitical perspective, it makes sense to diversify arms purchases from both Russia and the US. Turkey has declared it has the right to operate both the S-400 and the F-35. 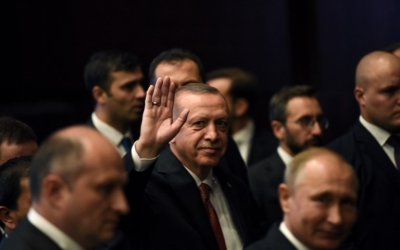 During the Cold War, arms deals were transactions between two sovereign states, with the US often selling to its allies and the Soviet Union gifting weapons or offering them at subsidised rates to its allies in the Warsaw Pact and the developing world.

In the era of economic globalisation, this dynamic has changed. Turkey has invested more than $1bn since 2002 in the F-35’s development and is also part of its global supply chain. Turkish companies produce dozens of components for the plane, and if the US fails to deliver, it loses its Turkish suppliers.

Beyond the technological aspects, the Turkish decision has become politicised, as it revolves around the issue of national sovereignty. Ankara seeks to demonstrate that it can resist the dictates of the global superpower, the US.

The American objection to the S-400 deal demonstrates a double standard, as the Trump administration was willing to bypass Congress to allow arms exports to Saudi Arabia, even though Riyadh has also expressed interest in the Russian missile system. The US has also insisted that Turkey purchase its Patriot system, giving Trump a domestic victory. At the same time, Russian financial interests are at stake, as its arms industry is the world’s second-largest.

Russia’s show of power in Idlib, on Turkey’s border, gives Ankara little choice but to consolidate its pivot towards Russia

The S-400 purchase represents Ankara’s balancing act between the Eurasian axis and a transatlantic alliance. The US double standard will only alienate Ankara further, while Russia’s show of power in Idlib, on Turkey’s border, gives Ankara little choice but to consolidate its pivot towards Russia.

Ankara cannot stop the Russian offensive in Idlib, effectively meaning it must surrender its role in Syria to maintain ties with Moscow and ensure the delivery of the S-400. 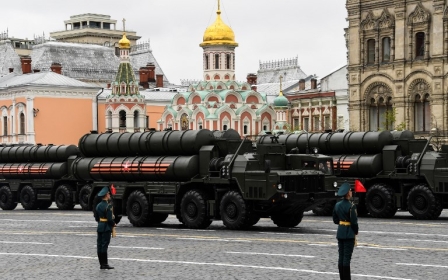 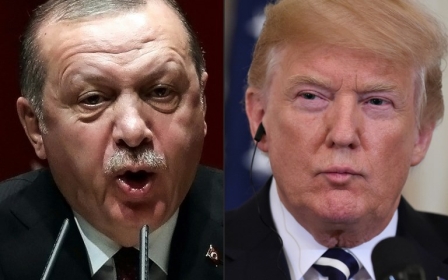 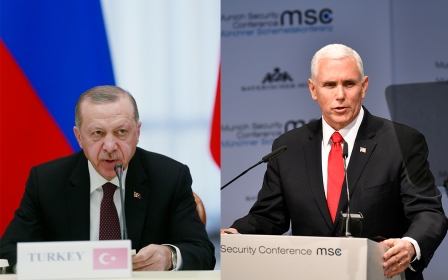