Simon A Waldman
, Emre Caliskan
All political parties must share responsibility for Turkey's slide towards authoritarianism - and possible constitutional changes that would further empower Erdogan 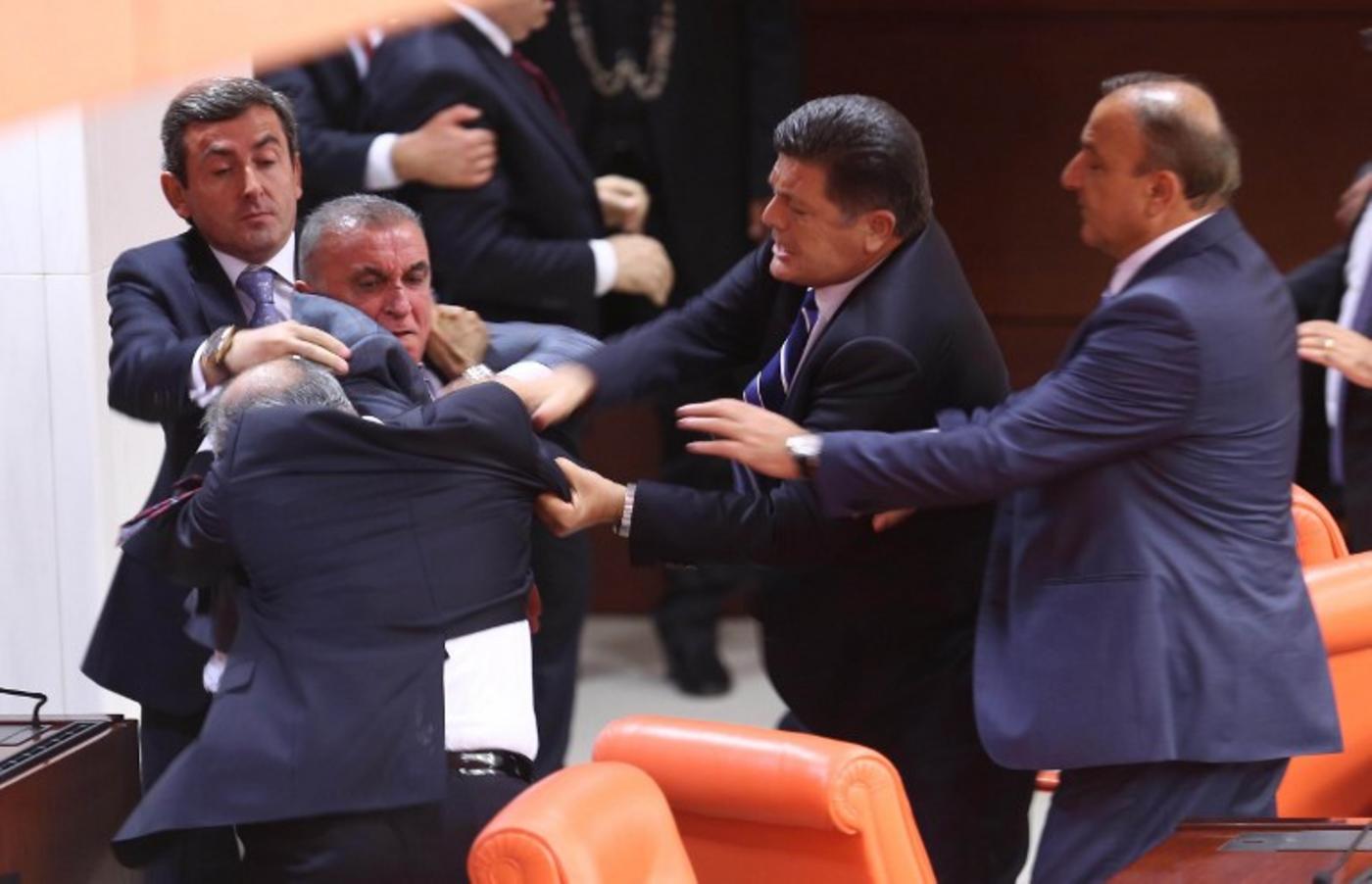 Politicians say one thing and then do another. It happens all over the world. But in Turkey this phenomenon is particularly pronounced and is an important reason why Turkey is currently under a state of emergency and on the verge of constitutional changes that will give enhanced powers to its already authoritarian president.

Commentators and scholars often give reasons why Turkish politicians change their minds overnight, explaining it as a paradox, a case of populism or a display of pragmatism. But it should be called what it really is, hypocrisy. Let’s look at a few examples a la Turka.

The AKP, which bases its legitimacy on elections, ignored the will of the electorate when it came to another party, the HDP. In doing so the AKP was playing a cynical political game

The Justice and Development Party (AKP) was quick to cry foul when it faced a closure case in 2008, standing accused of violating Turkey’s secular principles. This was not fair and contrary to democratic principles, AKP politicians and supporters exclaimed, they had been voted into office by the electorate. Fair point.

However, just a couple of months ago it was the AKP along with President Recep Tayyip Erdogan who spearheaded an attempt to cripple the Kurdish oriented Peoples’ Democratic Party (HDP) by suspending parliamentary immunities. This was a deliberate attempt to allow HDP deputies to be arrested under loosely defined terrorism-related charges. It did not matter that like the AKP, HDP deputies were voted into parliament by millions of Turkish citizens.

In other words, the AKP, which bases its legitimacy on elections, ignored the will of the electorate when it came to another party. In doing so the AKP was playing a cynical political game. It effectively denied an opposition party a voice because it stood against plans to change the country’s political system into a presidential one.

Tens of thousands of teachers, police officers, military officials and government workers have been either detained, suspended or fired from their posts because of real or suspected collusion or membership with the Gulen movement. Its Pennsylvania-based preacher, Fetullah Gulen, is believed to be the ringleader of the July 2016 attempted coup.

Until around 2011, the AKP and the Gulen movement were fellow travellers, with the ruling party turning a blind eye to the movement’s activities and infiltration into the state apparatus

However, until around 2011, the AKP and the Gulen movement were fellow travellers, with the ruling party turning a blind eye to the movement’s activities and infiltration into the state apparatus. They even supported it. The coup, which President Erdogan described as a “gift from God”, has allowed him to purge his political opposition within state institutions.

It is not just the AKP which is guilty of political hypocrisy. Take the CHP, the main secular opposition to the AKP. Its leader, Kemal Kilicdaroglu, rightfully condemned the arrest of HDP leaders such as Selahattin Demirtas and Figen Yuksekdag, highlighting that those who come to power through elections should go with elections.

However, it was Kalicdaroglu who did not oppose the parliamentary bill that lifted immunities which allowed for the HDP to be targeted in the first place. As Turkey’s parliament debates constitutional changes that would give President Erdogan unprecedented power, the CHP needs the HDP more now than ever as they both oppose the motion. However, the actions of the CHP have left the HDP virtually powerless in parliament.

But political hypocrisy also mars the HDP. Although the party has a liberal agenda and stresses the importance of peaceful coexistence between Turk and Kurd, the HDP often appears reluctant to outrightly condemn in no uncertain terms the actions of the PKK, the violent separatist group responsible for scores of attacks and multiple deaths in recent months. As such although many Turks might agree with the reasoning of the HDP’s opposition to Erdogan’s political ambitions, they would be reluctant to openly support the HDP.

Turkish politicians give lip service to democratic principles; however, none have displayed a true commitment to either democracy or principled policies

Finally, we come to the ultra-right Nationalist Movement Party (MHP). Only last year, ahead of the June 2015 general elections, the party’s leader, Devlet Bahceli, stated that he did not recognise Erdogan as president, who he then slammed for staging “pirate rallies.” By this Bahceli meant the president’s public gatherings in support of the AKP, despite the constitution stating that the president of the republic is supposed to remain unaffiliated to any party.

However, Bahceli, and the MHP are in cahoots with the government about changing Turkey’s constitution and political system to transform the country from a parliamentary system into a presidential one with Erdogan firmly at the helm. Another case of political hypocrisy.

These are just a few recent examples of political hypocrisy a la Turka. This is the cynical nature of Turkish politics of which every party is guilty. Turkish politicians give lip service to democratic principles; however, as the above examples show, none have displayed a true commitment to either democracy or principled policies.

All are to blame for Turkey’s increasing authoritarian nature and the atmosphere of distrust that has led to the turbulent state of Turkey’s domestic politics and the very real possibility that constitutional changes now in the offing will increase the powers of the already authoritarian President Erdogan.

- Simon A Waldman is Visiting Research Fellow at King's College London. Emre Caliskan is reading for a DPhil in International Relations at the University of Oxford. They are the authors of the recently published, “The New Turkey and Its Discontents” (Hurst and Co: 2016). Follow them on Twitter @simonwaldman1 and @calemre. Turkey Politics
Turkey’s deepest divide? It may be the clash over 'lifestyle choice'