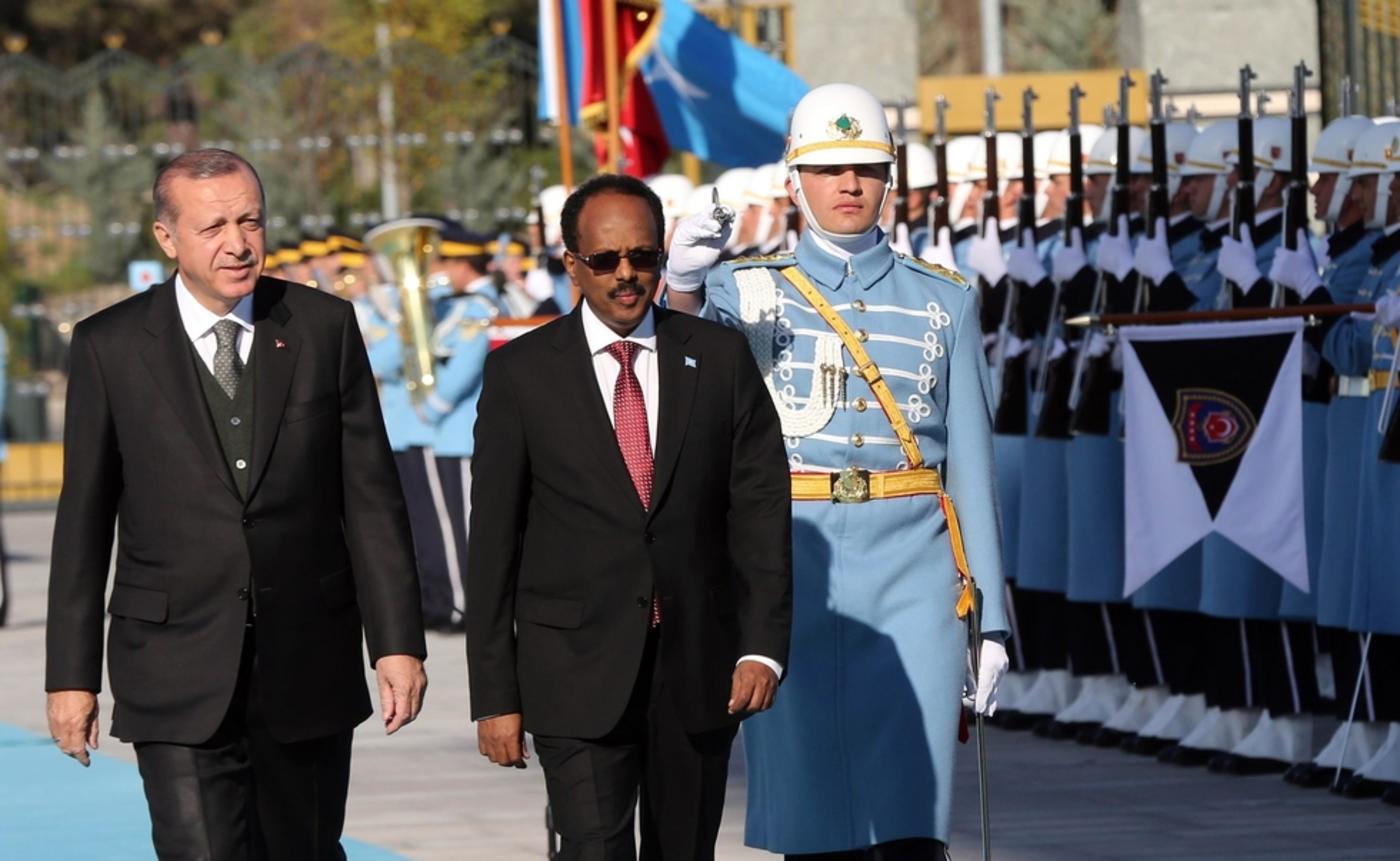 Late last month, Somalia called on the United Nations Security Council to halt the construction of a UAE military base in Somaliland. Somalia's ambassador to the UN slammed the deal to build the base in the port city of Berbera as a "clear violation of international law".

The deal was struck between the local government of Somaliland and the UAE without the oversight and approval of the Somali federal government. Somaliland is a semi-autonomous region that unilaterally declared independence during the country’s civil war, although this has not been internationally recognised.

The UAE’s decision to build a military base in Berbera violates Somalia’s constitution and its UN-backed federal government. It empowers the local government of Somaliland and entertains its old separatist tendencies. It could stoke huge tensions in the region and Somalia could easily descend back into a state in turmoil.

Somalia, like other countries in the Horn of Africa and the Red Sea region, has drawn increased attention from outsiders with interests in the area. Turkey has been extremely active in Somalia, in close cooperation with the federal government, and the UAE has been very active throughout the Horn of Africa.

With the recent Turkey-UAE diplomatic spat and rising rivalry, one wonders how this will play out in Somalia. Critical to this is the wider context of the Red Sea, a vital trading route for the world and especially Europe - its main route with Asia. As Alex Rondos, the EU special representative for the Horn of Africa, noted: "We have a vital stake here. The artery through which much of the trade, and therefore jobs, that are created runs through the Red Sea."

'We have a vital stake here. The artery through which much of the trade, and therefore jobs, that are created runs through the Red Sea' - Alex Rondos, EU special representative for the Horn of Africa

It should come as no surprise that China’s first permanent overseas naval base was situated on the Red Sea. It opened in Djibouti last year and aims to help protect this vital trading route, while solidifying its wider strategic engagement with Africa. There are fears that China's influential posture in Djibouti will pose a challenge to the US and France, which each have a military base there. Both Saudi Arabia and the UAE had troops in Djibouti, but after a diplomatic spat, they were evicted in 2015 - although  the Saudi troops returned a year later.

Meanwhile, in the last few years, Turkey has boosted its engagement with Africa, particularly Somalia. In 2011, when Somalia was struck by a famine, Turkey's then-prime minister, Recep Tayyip Erdogan, became the only non-African leader to visit the strife-torn Somalian capital in nearly two decades. Erdogan led efforts that brought much-needed attention and hundreds of millions of dollars of aid to the country.

It became common to hear from Somalis that the West and the African Union could learn from the "Turkish model". Mehmet Ozkan of the SETA institute, which is close to Turkey’s ruling party, wrote in a 2014 report that this "super country" and "dominant" image should be normalised and avoided, as it was unsustainable in the long run.

Turkey’s humanitarian engagement over the years gradually turned into an obvious strategic engagement. Roads, schools and hospitals were built, and today, the Turkish Airlines route to Somalia is one of its most profitable. More importantly, Turkey last year finished building its largest military base outside its territories in Somalia, and its largest embassy is in Mogadishu.

At the end of last year, Erdogan visited Sudan and signed economic deals worth billions of dollars with his counterpart President Omar al-Bashir. This included the restoration of Suakin Island, possibly including military installations. The announcement stoked tensions between Sudan and Egypt, Saudi Arabia and the UAE, with hundreds of Egyptian troops reportedly sent to a UAE base in Eritrea.

Sudan responded by closing its border with Eritrea and withdrawing its ambassador from Cairo, but tensions were lessened after Sudan announced it had no intention of allowing a Turkish military presence on Suakin or any of its territories.

The UAE’s decision to build a military base in Berbera violates Somalia’s constitution and its UN-backed federal government. It empowers the local government of Somaliland and entertains its old separatist tendencies

The UAE, as mentioned above, has a base in Eritrea after a deal that was struck soon after it was evicted from Djibouti in 2015. In Assab, the Eritrean city on the African side of the Bab el-Mandeb Strait shared with Yemen, the UAE’s military base has been used primarily to combat the Houthis and al-Qaeda in Yemen.

The UAE has generally been very active in the Horn of Africa, and somewhat active in security cooperation with Somalia’s federal government. But the UAE military base that the Somali government protested at the UN Security Council was initially a 2016 deal to develop the port in Berbera for commercial purposes.

Given that the UAE has previously supported and may still be supporting Yemeni separatists, Somalia has every right to be worried. Somaliland is already on the UAE’s side in regional affairs, as it sided with the Saudi-UAE-Bahraini camp in their siege against Qatar; and keeping in mind that Turkey has sent troops to Qatar, the rivalry between the UAE and Turkey becomes even clearer.

Somalia is in the midst of huge tensions, and the situation could easily deteriorate. Just last week, there was a standoff in parliament over attempts to change the parliament speaker. Somalia already lacks a strong central government and institutions and could easily end up back in a state of turmoil, but this time with a foreign military presence, which would only aggravate matters and contribute to the disintegration of the country.

How the federal government will respond to this is yet to be seen. For now, Somalia’s short-lived peace may well be at stake.