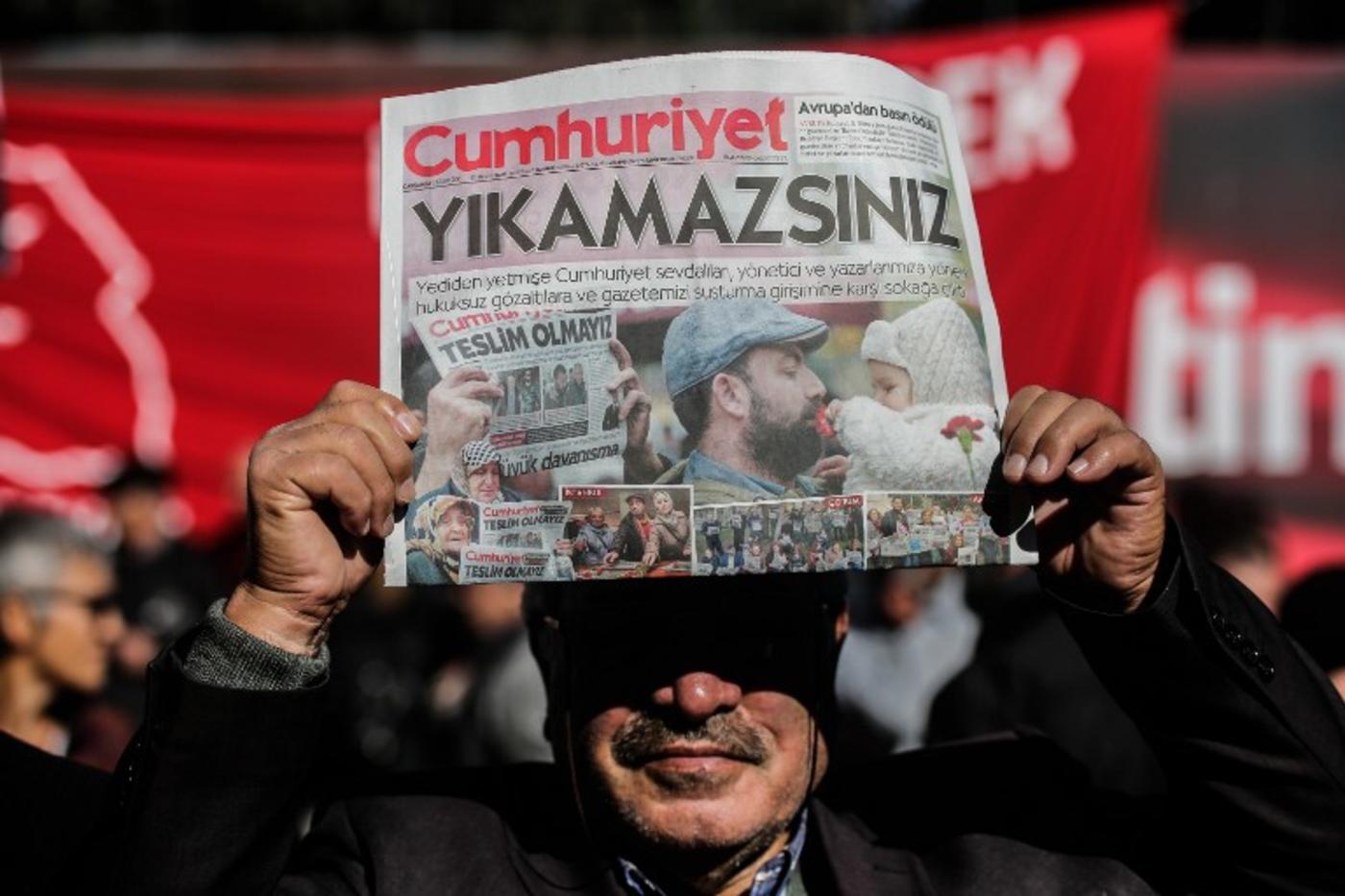 Could this be the beginning of Turkey’s farewell to Europe and the Western world? On Tuesday, Turkey’s Prime Minister Binali Yildirim told parliamentarians of the ruling Justice and Development Party (AKP): “We don’t care about your [i.e. Europe’s] red lines. It’s the people who draw the red lines. What importance does your line have?”

He added that “Turkey is not a country to be brought in line with salvoes and threats. Turkey gets its power from the people and will be held accountable by the people.”

It was an ultra-robust response to a torrent of condemnation among governments and politicians on both sides of the Atlantic at the news a day earlier. Turkish police had raided the offices of the left-of-centre daily Cumhuriyet with detention orders for 15 of its journalists, including its recently-appointed editor, Murat Sabancu, Kadri Gursel, an editorial consultant and International Press Institute (IPI) board member and IPI Turkey national committee chair, some of the paper’s financial administrators, and several regular correspondents and columnists.

At the same time 15 other news outlets were closed – all on the grounds that in some unspecified fashion they were abetting terrorism. Turkey’s press association claims that 170 media outlets have been shut down since the unsuccessful coup of 15 July, and that 105 journalists are in jail pending trial, and the press cards of 777 others have been cancelled.

These figures do not include papers closed down before 15 July including Zaman, the main Gulenist daily newspaper, taken over in March, and its English-language version Today’s Zaman. Both were subsequently shut down altogether.

Cumhuriyet, founded at the beginning of the Turkish republic and in recent decades the main voice for moderate left opinion, accused the government of trying to close it down – and its accusation was echoed by two of the three opposition political parties.

If Cumhuriyet were to be silenced, then the opposition press would consist mainly of a few Marxist or semi-Marxist small newspapers - whose survival under present circumstances would be highly doubtful. The Financial Times commented that “this could be the final nail for Turkey’s free press”.

One concern of many

The worrying news does not stop there. The squeeze on the press is not the only development raising eyebrows sharply outside the country. The media outlets were shut down using sweeping emergency powers the government granted itself on Sunday with a “Decree with the Force of Law”.

Most were overtly pro-Kurdish and regarded as tacit supporters of the PKK (Kurdistan Workers Party), the terrorist movement fighting the government in southeastern Anatolia from bases in northern Iraq. The government also used its new powers to dismiss 10,000 state employees in addition to 100,000 already fired since the coup attempt.

Over last weekend, the elected mayors of Diyarbakir, the largest city in southeastern Anatolia, were removed and replaced by government-appointed “trustees” – the most recent of several cities to undergo this process.

On top of that, President Erdogan and his prime minister would like to see the reintroduction of the death penalty (though not, the prime minister emphasises, retroactively). Work has already started on this.

If that happens, it would trigger the automatic ending of Turkey’s negotiations for EU membership. This would entail the cutting off of about €800m annually in EU aid for various pre-accession programmes excluding an additional €3 billion coming as part of the EU-Turkey refugee agreement of which €2.2 billion should be disbursed by the end of next month.

Meanwhile, in the very week when the Turkish lira has slumped to its lowest ever levels against the dollar, the country’s private sector banks are “racing” to lower their interest rates further, apparently as a result of a warning about “usury” from the Economy Minister Nihat Zeybekci. This will not just put more strain on the beleaguered national currency. It will also raise questions about the degree to which Turkey has a free market economy in the usual sense.

At the same time, large numbers of tanks and heavy weapons are moving across Turkey to assemble at Silopi close to the main border crossing into Iraq. As yet, it is not clear why they are going there, but the movements – which have been loudly proclaimed in the news media - look like the prelude to a much more substantial operation, either against IS or (given recent warnings) perhaps against PKK bases there.

In short the scene looks disturbingly turbulent and the possible extinction of a free press is only one of its features.

Hanging by a thread

All these developments have taken Western Europe by surprise. Not very long ago, the British House of Commons Foreign Affairs Select Committee decided “The AKP is best seen as akin to a socially conservative Christian Democrat Party, continuing to govern within a secular state.” Its conclusion was that there should be closer ties as allies and trading partners with the Turks.

Is that strategy still sustainable or indeed even relevant? As Alex Barker, Brussels correspondent of the Financial Times commented on Sunday, there are “good reasons to avoid facing the reality of the situation. Both sides have too much at stake to risk being honest. Even so, it seems Mr Erdogan is doing his level best to bring the charade crashing down”.

Despite this, Britain (which runs a substantial trade deficit with Turkey) is pushing ahead with a “business as usual” approach: since the new Prime Minister Theresa May took office in July, three British ministers, including the Foreign Secretary Boris Johnson, have visited Turkey apparently in search of trade deals.

In Brussels and Berlin, more criticism is voiced but largely behind closed doors. But the entire basis on which the union deals with Turkey is growing weaker. Ignoring the issue of a reintroduced death penalty in Turkey, the chances of introducing visa liberalisation for Turkish citizens, a key demand by Ankara, are wilting.

Sensing that potential confrontation with the EU over issues like press freedom and civil liberties are growing, Turkey is instead drawing closer to Russia. On Tuesday this week, General Hulusi Akar, Turkish chief of general staff, arrived in Moscow to discuss possible military cooperation with Russia - a move which suggests that Turkish membership of NATO may now also be hanging by a thread.

Photo: A protester holds a copy of the latest edition of the Turkish daily newspaper "Cumhuriyet" during a demonstration outside the newspaper's headquarters in Istanbul on 2 November 2016 (AFP) 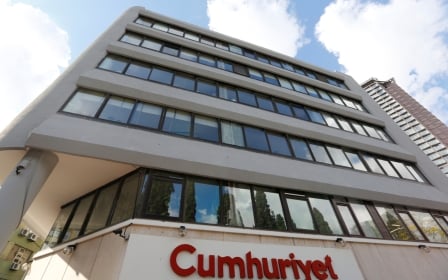