Joseph Massad
Rather than expressing regret for his party's 'recent' alleged transgressions, Labour leader should have reached much further back into the country's troubled past 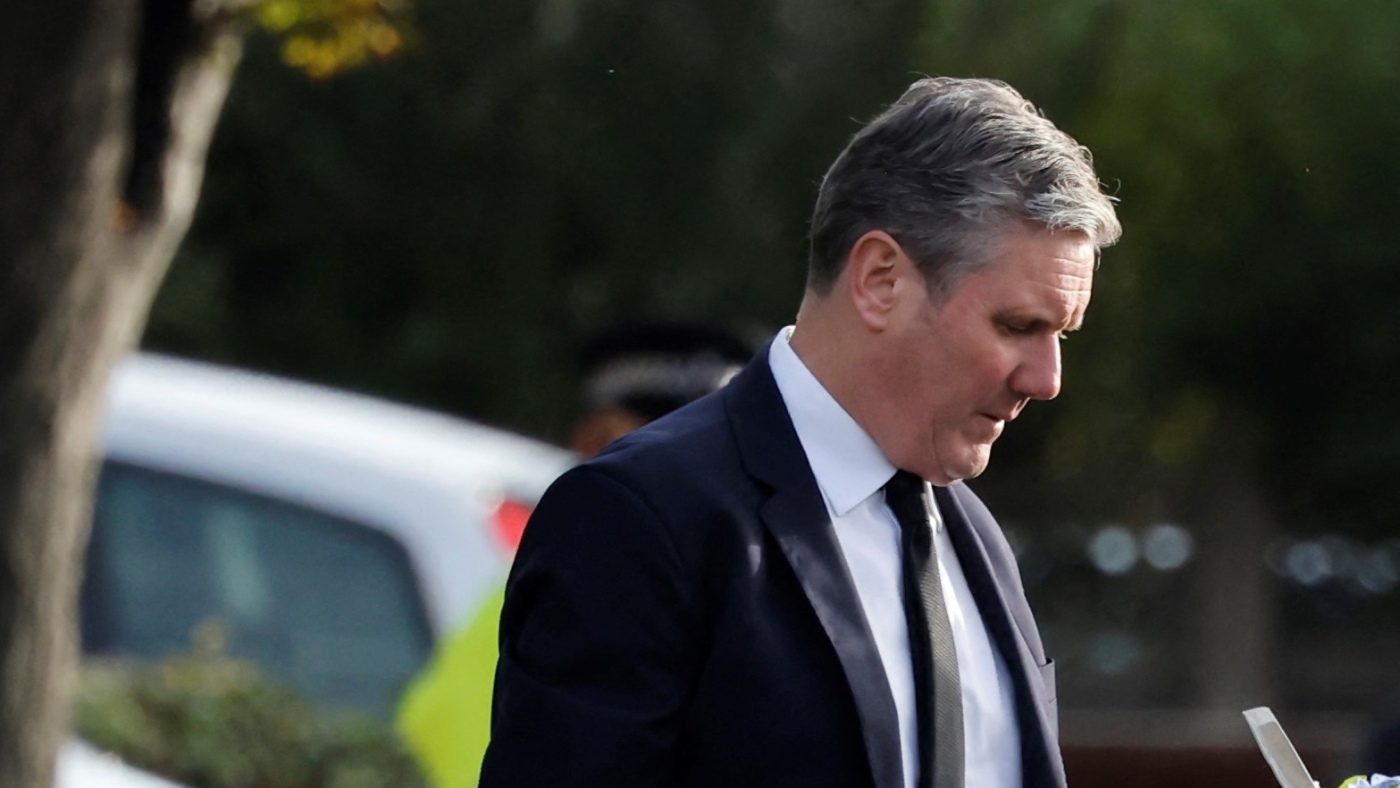 Starmer could have apologised for the anti-Jewish articles in England’s much-cherished Magna Carta issued in 1215, or perhaps he should have gone back to 1290, when King Edward I issued his “Edict of Expulsion” to expel all Jews from England after they had endured more than a century of persecution at the hands English Christians. Jews were not allowed back into the country until the 17th century.

Has the Labour Party, let alone Britain itself, in fact been a friend to British Jews for a century?

Instead of condemning this ignominious history, Starmer told Labour Friends of Israel: “On the day I became leader of the Labour Party 18 months ago, my first act was to acknowledge and apologise for the pain and hurt we have caused to the Jewish community in recent years.” Rather than describing antisemitism as a stain on Britain more generally, he declared it to be “a stain on our party”, adding that “as we look ahead, we return to Labour’s heritage as a strong ally and a close friend of the Jewish community of 100 years standing”.

But has the Labour Party, let alone Britain itself, in fact been a friend to British Jews for a century?

One of Labour’s founders, Keir Hardie, believed Jewish financial institutions were part of a secret cabal that pushed for the Second Boer War of 1899-1902. Another prominent Labour figure of the era, John Burns, spoke of the omnipresent “financial Jew, operating, directing, inspiring the agonies that have led to this war”.

Starmer could have apologised on behalf of them both, but he did not.

Starmer does not appear to be going after British antisemitism as such; rather, it seems he is seeking to root out "anti-Zionist antisemitism".

In his speech on 15 November, he cited the importance of understanding “why, for so many Jews, Israel will always stand as the ultimate guarantor of their safety”. But is this how British Jews view Britain’s record in support of Zionism historically? 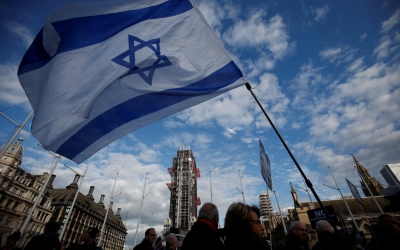 As Eastern European Jews were fleeing anti-Jewish pogroms to Western Europe in the late 19th century, the former British prime minister, Arthur Balfour, shepherded through the Aliens Act 1905 in the House of Commons to restrict Jewish immigration.

Balfour’s concern was to save the country from what he called the “undoubted evils” of “an immigration which was largely Jewish.” The same man, as foreign secretary, would issue the 1917 Balfour Declaration. Should Starmer not have apologised for this too?

Starmer instead portrayed what many consider to be examples of blatant British antisemitism as manifestations of support for British Jews, declaring that Labour has been “an ally and friend to the cause of Jewish self-determination. From our earliest days - even before the Balfour Declaration - we backed the establishment of a Jewish homeland in Palestine.”

Someone should have reminded Starmer that even before the Balfour Declaration was issued, many leading British Jews and organisations opposed Zionism. The former secretary of state for India and the British cabinet’s only Jewish member at the time, Lord Edwin Montagu, responded to the government’s support for Zionism in 1917 by stating: “All my life I have been trying to get out of the ghetto. You want to force me back there.” 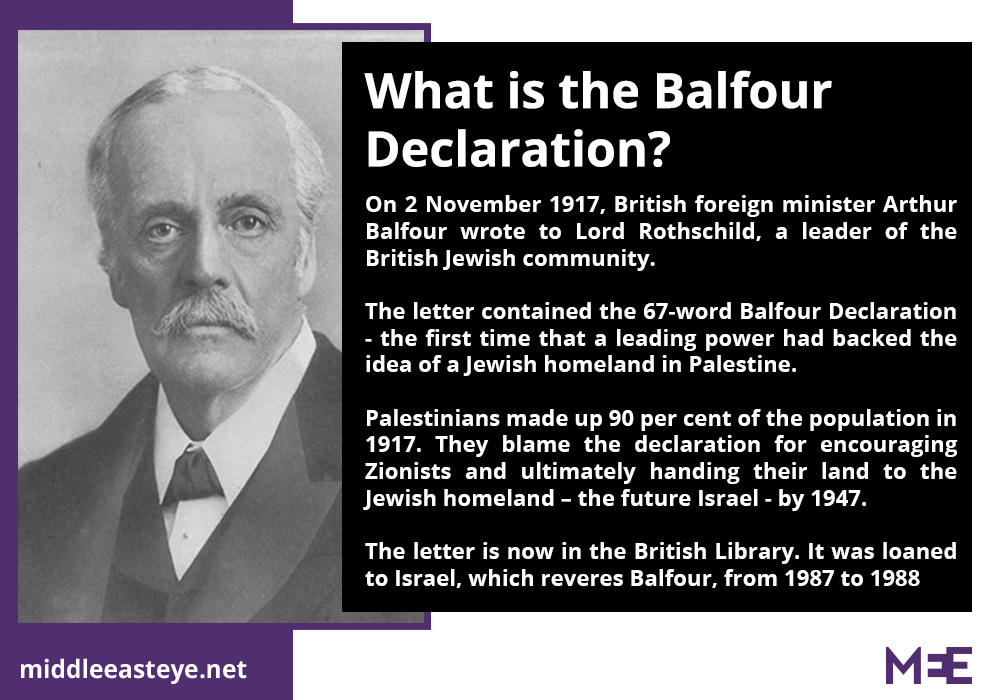 Other British Jewish leaders joined him to protest what they considered to be pro-Zionist and antisemitic British policy, including Member of Parliament Sir Philip Magnus, and the British Jewish notable and president of the Anglo-Jewish Association, Claude G Montefiore, the great-nephew of Sir Moses Montefiore and founder of British “Liberal Judaism,” who also established the anti-Zionist “League of British Jews” in 1918.

They were joined by the banker and head of the Jewish Colonization Association Sir Leonard Lionel Cohen. Other prominent anti-Zionist Jews opposing the Balfour Declaration included the Jewish journalist Lucien Wolf, president of the Anglo-Jewish Association.

The Board of Deputies of British Jews and the Anglo-Jewish Association, the two most important British Jewish organisations at the time, published a letter in the Times stating that “the establishment of a Jewish nationality in Palestine founded on this theory of Jewish homelessness, must have the effect throughout the world of stamping the Jews as strangers in their native lands, and of undermining their hard-won position as citizens and nationals of those lands”.

Zionism was also opposed by gentile politicians. British Conservative politician, Lord Sydenham, was livid, asserting that “the Jews had no more right to Palestine than the descendants of the ancient Romans had to this country”. Lord Curzon, the former leader of the House of Lords and viceroy of India, wondered what would become of Palestine’s native population, as they and their forefathers “have occupied the country for the best part of 1,500 years, and they own the soil”. 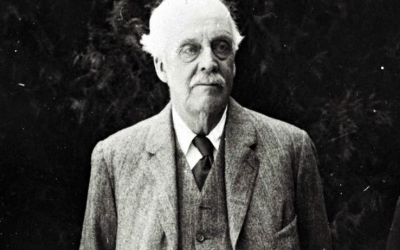 Contrary to Starmer’s assertions, British support for Zionism, including that of the Labour Party, was not motivated by support for Jews, but rather by imperialist and antisemitic criteria. Balfour believed in the superiority and unique virtues of the Anglo-Saxon race, but, as an antisemite and an imperialist, he believed that European “Jewish” money could render much assistance to the British Empire during World War One, in exchange for sponsoring Jewish colonisation of Palestine.

Balfour also adhered to European biological racialism and believed that European Jews were “a people apart, and not merely held a religion differing from the vast majority of their fellow countrymen”.

From 1914 onwards, Zionists, in the person of British Jewish politician Herbert Samuel - who unlike Montagu, Magnus, Montefiore, David Lindo Alexander, and Wolf, did not represent Britain’s Jews in any capacity - argued that Jewish colonists would fill the vacuum in Palestine in the interest of British imperial aims, protecting the country from being taken over by Britain’s imperialist rivals, especially the French, or worse, the Germans. Samuel, whose efforts were central to securing British support for Zionism, became the first British high commissioner for Palestine in 1920.

Chaim Weizmann, who also did not represent British Jews in any British Jewish organisation, was clear on the services that European Jews would provide to British imperialism through colonisation. In 1914, he volunteered: “Palestine is the natural continuance of Egypt and a buffer between the Suez Canal and the Black Sea. In the case of any hostile activity on this latter side … it will constitute an Asian Belgium, especially if it will be developed by the Jews.” He predicted that under auspicious conditions, “we can transfer a million Jews to Palestine within the coming 50 or 60 years. England will have a buffer zone, and we will have a country.”

Former UK Prime Minister Winston Churchill understood well the services that Zionists would provide to British imperialism, which is why he supported them as he spewed antisemitic venom against non-Zionist Jews. In a February 1920 article in the Sunday Herald, Churchill heaped scorn on what he termed “international Jews” who were engaged in a “world-wide conspiracy for the overthrow of civilisation,” namely communism and the Russian Revolution.

“It becomes, therefore, specially important to foster and develop any strongly marked Jewish movement which leads directly away from these fatal associations,” Churchill asserted, identifying Zionism as the perfect solution: “In violent contrast to international communism, it presents to the Jew a national idea of a commanding character.”

Rather than remaining within this long tradition of British imperialist and antisemitic pro-Zionism, dissimulated as support for British Jews, many are disappointed that Starmer did not apologise for the shameful British and Labour history of antisemitism and pro-Zionism. 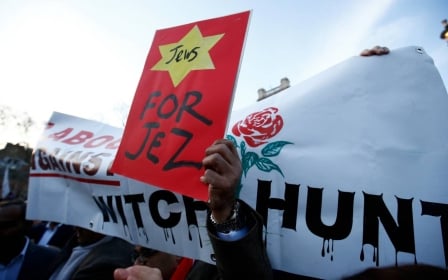 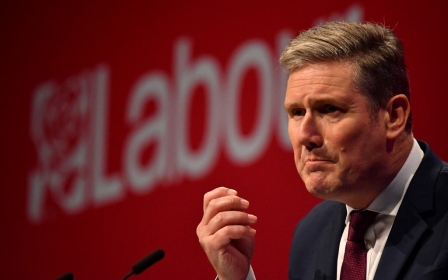 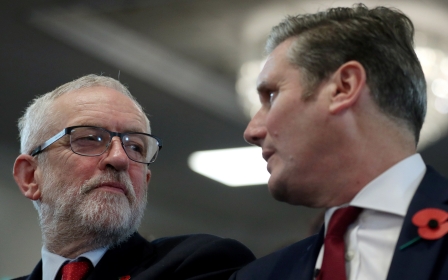