Boris Johnson is finished. But will the rotten system that created him fall too? 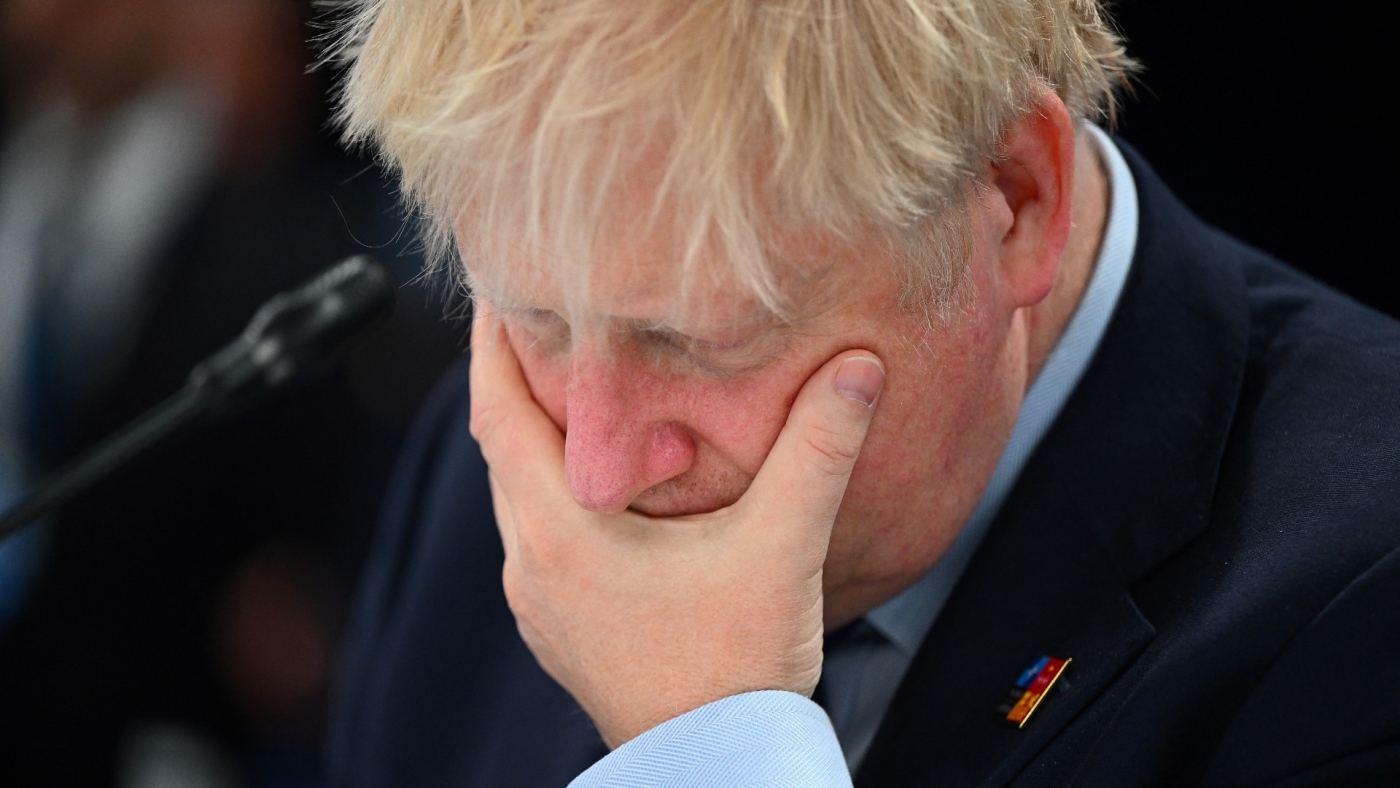 Boris Johnson's squalid premiership is coming to an end.

He will be remembered as a liar, fabricator and cheat who presided over a culture of rule-breaking in Downing Street and turned Britain into a pariah state.

The United Kingdom was long admired for its gentle tolerance and respect for the rule of law. Johnson has sought to turn our country into a place of bigotry and even hatred. We were a respected member of the international community. Now we are renowned for reneging on treaties and breaking international law.

Johnson is a member of a small group of global leaders – others include Narendra Modi, India's prime minister, who Johnson profusely praised; Vladimir Putin, Russia's president; Victor Orban of Hungary, and former US President Donald Trump -  who have mobilised dangerous forces in order to reach the top and then stay in power.

Johnson admired them all. Along with them he has fought a campaign to destroy liberal democracy. Yet, he was a man of remarkable intellectual gifts and acute understanding.

Great talent can be harnessed for good or evil. Johnson chose to use his for evil.

He’s squatting in Downing Street this morning, having hastily reconstructed his government after the resignations of his chancellor, Rishi Sunak, and Health Secretary Sajid Javid.

The real question is not the soap opera of how much longer Johnson survives. It’s about whether the rotten system of government he has come to represent falls with him

Don’t read anything into that. Johnson may last a few more days, weeks or even - supposing he limps on till the summer recess - a few months. He faces a mutiny inside the Tory Party, while nationally he is held in contempt.

Sentiment against him among his own MPs is now so strong that he will be obliged to resign to avoid being forced out in a vote of no confidence.

The real question is not the soap opera of how much longer Johnson survives. It’s about whether the rotten system of government he has come to represent falls with him.

Johnson is the billionaires’ useful idiot. He has given them contracts, peerages, tax breaks, exclusive access to his inner circle of power.

Remember that when Johnson faced a vote of no confidence a month ago, 17 of Britain’s richest men came together to express their "unwavering support" in a letter published in Rupert Murdoch’s Sun newspaper.

This letter was driven by self-interest, not personal affection.

The reality is that with the collapse of mass party memberships at the end of the 20th century, the super-rich saw an opportunity. Predatory billionaires in effect bought British politics, securing power and influence in exchange for cash.

Nadhim Zahawi, the new and (I imagine) short-lived Chancellor, was paid £1,300,000 for a second job at an oil company whilst still being paid his MP salary.

So just like with Rishi Sunak, we again have a super-rich Chancellor who will be on the side of the super-rich.

Tony Blair patented this system, cultivating the super-rich to create a private fund which enabled him to turn on the trade unions. Johnson developed it further. His Tory chairman, Ben Elliot, avoids the traditional duties of a party chairman, concentrating on raising cash from the global financial elite.

Johnson has been perfect for the rich. His cheerful populism gave the impression that he was on the side of the working classes. Like so much else about Johnson, this was a lie. He has long been the instrument of a deracinated, amoral, global financial elite.

He depends on it to supply funds to run the Tory Party - and sort out his own financial difficulties. To give one example among many, Lord Bamford, owner of construction giant JCB, has given £10 million ($12m) to the Tories since 2001 while arranging food deliveries worth more than £20,000 to the Johnsons. When the British prime minister visited Modi’s India, his first stop was at one of Lord Bamford’s factories.

Perhaps Lord Bamford was motivated by innocent generosity. But do we want a country run along these lines?

The Murdoch Press, Associated Newspapers and the Telegraph group control approximately three quarters of the newspaper reading market. These three groups have been central to Johnson’s success.

Turning a blind eye to scandal and playing up imaginary triumphs, the big newspaper groups have played a huge role in ensuring Johnson survival

Every title in all these groups supported Johnson’s bid for the Tory leadership, his 2019 general election campaign, and through last month’s vote of confidence. Throughout all of this they played down the corruption, fabrication, scandal, cronyism, law-breaking and incompetence of the Johnson government.

Historians will marvel at the role played by Britain’s mainstream press at keeping Johnson in office for so long.

The exception proves the rule. When Geordie Greig, editor of the Daily Mail, ran a series of stories highlighting the role of a Conservative donor in funding the refurbishment of Johnson’s Downing Street flat, Associated Newspapers fired him.

Turning a blind eye to scandal and playing up imaginary triumphs, the big newspaper groups have played a huge role in ensuring Johnson's survival.

But this week the Pincher affair – to summarise the sordid details, Johnson appointed Chris Pincher, who is accused of inappropriate behaviour, to an important management role, then falsely claimed he had not been warned - has finally changed the mood.

Very late in the day the reputational damage of sticking with Johnson has struck home. The newspapers, finally scared of their readers, are running for cover. On Wednesday, Rupert Murdoch’s Times belatedly pulled the plug – "The prime minister has lost the confidence of his party and the country. He should quit now". Others will follow.

Who and what comes next? The global super-rich are looking for a British prime minister who will look after their interests without the reputational damage. Ex-chancellor Sunak, now the bookies’ favourite, looks like their choice.

A near-billionaire himself, he at least has no incentive to take bribes. But he’s been at the heart of the bent Johnson system of government for almost three years, repeating the prime minister’s lies and tolerating his incompetence, bigotry and incessant sleaze.

Sunak means a more subdued renewal of the same Johnson system of government. As for Johnson himself, he will soon leave office in shame and disgrace, the first British prime minister ever to do so.

This salutary moment can be one of hope and renewal but only if we are ready to learn the dark lessons of the ugly, corrupt strategies which Johnson practiced to win and retain power.

That means tackling not just Johnson himself but – far more important - the system that created him. 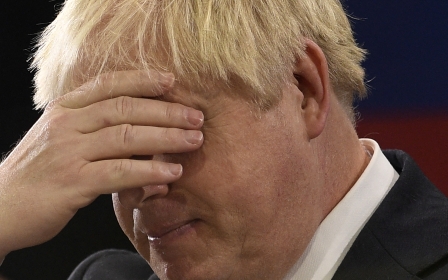 Politics
Boris Johnson, just like Richard Nixon, will be brought down by vanity
Peter Oborne 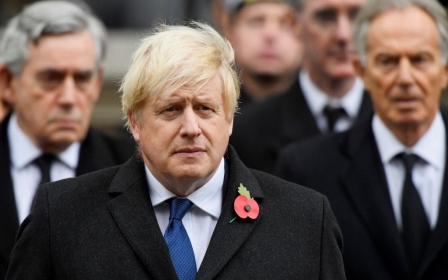 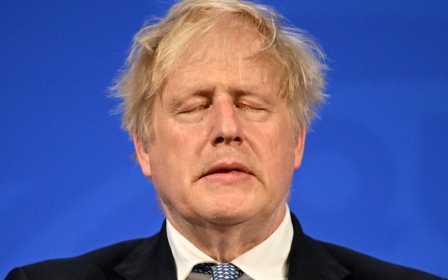 Politics
What lies ahead for Boris Johnson
Peter Oborne