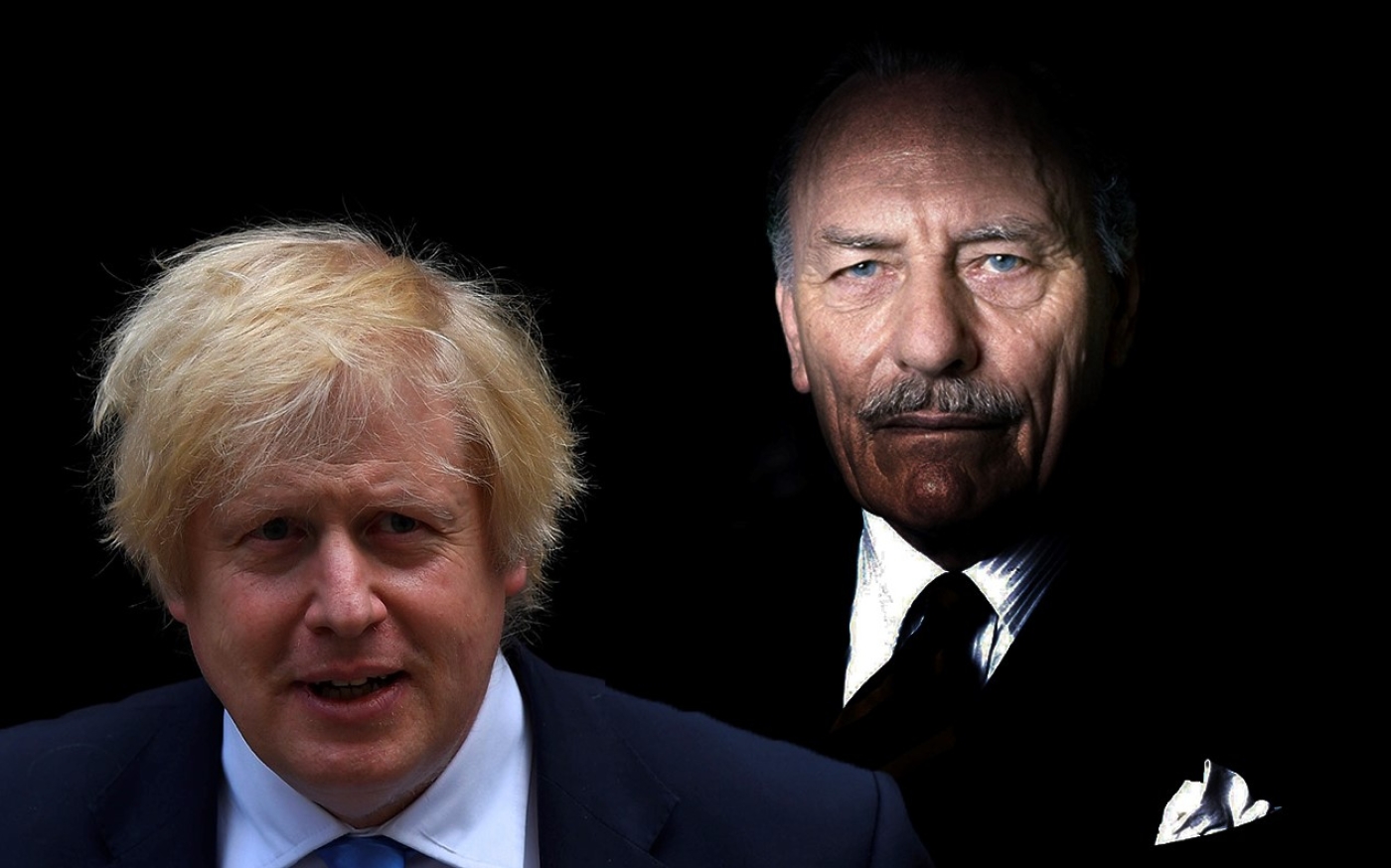 A half-century ago, the Conservative Party was convulsed by a dangerous culture war around immigration and race. The main protagonists were party leader Edward Heath and Enoch Powell, the most brilliant but also most divisive Tory politician of his era.

Powell was difficult to manage. He resigned as financial secretary to the Treasury in protest against former prime minister Harold Macmillan in 1958. He refused to serve in Alec Douglas-Home’s government a few years later.

The final explosion came in 1968. Powell was shadow defence secretary when he made his notorious “Rivers of Blood” speech about race. Alluding to the Roman poet Virgil, Powell told an audience in Birmingham: “As I look ahead, I am filled with foreboding. Like the Roman, I seem to see ‘the River Tiber foaming with much blood.’”

It was a warning against immigration and the Race Relations Act, which prohibited discrimination in areas such as housing. Powell was suggesting that Britain was at risk of being convulsed by the violence of racial conflict, and there is no doubt he had the support of many party members - and probably some working-class people who would normally vote Labour.

In the short term, Heath saw off Powell and took Britain into the EU. Over the long term, Powell's ideas won

Heath, however, stood up to Powell. He immediately sacked him from the Tory front bench, even though future prime minister Margaret Thatcher urged him not to. When Heath became prime minister two years later, Powell set himself up as internal opposition, opposing British entry into what was then called the European Economic Community, and then defected to the Ulster Unionist Party in 1974.

Thereafter, Powell was a peripheral, though still brooding, presence in British politics.

Political commentators have judged that the victory of Heath and the departure of Powell marked the moment when the Conservative Party turned its back on serious racism. But with the perspective of 50 years, the real winner of the clash between Heath and Powell is starting to look different.

Powell, rather than Heath, ultimately emerges as the victor of the titanic struggle for the soul of the Conservative Party. In the short term, Heath saw off Powell and took Britain into the EU. Over the long term, Powell’s ideas won.

That makes Prime Minister Boris Johnson the inheritor of Powell’s legacy and the modern carrier of the Powellite flame. I have been brooding on this Powell connection ever since Johnson became prime minister.

Powell is, by far, the more formidable figure. He rose from the rank of private to become the youngest brigadier in the British army during World War II. He was such a brilliant student that he was appointed professor of classics at the age of 25.

While Johnson has always been an undistinguished parliamentary performer, Powell was undeniably one of the greatest Commons orators of all time. But they have one characteristic in common: both men brought racism into mainstream British political discourse.

We’ve known for some time about Johnson’s penchant for making casually racist remarks. But I am indebted to a recent book by political journalist Simon Walters, associate editor of the Daily Mail, for exposing how widespread and habitual they have been.

Walters shows in The Borisaurus how Johnson used the racist slur “coon” six times in one of his books. The Mirror reported that it appeared in Johnson’s 2004 novel Seventy-Two Virgins, uttered by a fictional character. “Parts of the novel seem like an excuse to broadcast racist and sexist outpourings,” Walters said.

One of the most grievous injustices of the 2019 general election was the repeated failure of the British media to expose, let alone challenge, Johnson’s use of racist terms.

I can’t say whether or not Johnson conforms to the classical definition of a racist as someone who believes in a hierarchy of races, normally with the white race at the top.

He is beyond doubt a manifestation of the casual insouciance of the white ruling elite, as can be seen from the matter-of-course way he has used racist expressions, Islamophobic language and, on at least one occasion, adopted antisemitic tropes in the course of a long journalistic and political career.

This makes Johnson the direct political descendent of Powell, and the British answer to US President Donald Trump

One of these expressions is a direct repetition of Powell himself. In his Rivers of Blood speech, Powell quotes from a letter he claimed to have received from an elderly widow in Wolverhampton: “She is followed by children - charming, wide-grinning piccaninnies. They cannot speak English, but one word they know. ‘Racialist,’ they chant."

Writing in The Telegraph in 2002, Boris Johnson also referred to crowds of Commonwealth nations as “piccaninnies”. A joke maybe but at the same time not a joke at all. Is it is a coincidence that Johnson followed Powell in using this racist term?

This all brings me to Johnson’s announcement in the Telegraph (of all places!) that he was setting up a commission on racial inequalities. At first, this sounded like a reasonable idea; the involvement of Munira Mirza, who grew up in a working-class Pakistani family in Oldham, also appeared more than suitable.

But there are serious causes for concern. Mirza, who Johnson has chosen to set up the new commission, defended Johnson’s controversial article that likened women in burqas to letterboxes.

Equally troubling is her dismissal of institutional racism. The main problem is that she now forms part of a line of people who have been put into positions where they need to be independent of government, but who wholeheartedly support government policy. Writing in the Spectator, she criticised David Lammy’s 2017 review of racism in the criminal justice system.

Mirza said it was an example of how “astonishingly, it seems that a lot of people in politics think it’s a good idea to exaggerate the problem of racism” - an echo of Powell’s dismissal of the term “racialist”.

According to a report in the Financial Times, members of Johnson’s inner circle have urged him to declare a “war on woke” to shore up the Tory base.

Historian Christopher Clark describes how Bismarck “understood that the outrage and conflict stirred by provocative gestures were more clarifying and more enabling to the skilful politician than ostensible harmony”. But it looks to me as if Johnson and his adviser Dominic Cummings are set on a policy of inflaming racial tensions. This makes Johnson the direct political descendent of Enoch Powell. And the British answer to Donald Trump.

This means that it is a matter of national shame that he is today the British prime minister.

I so hope I am wrong. 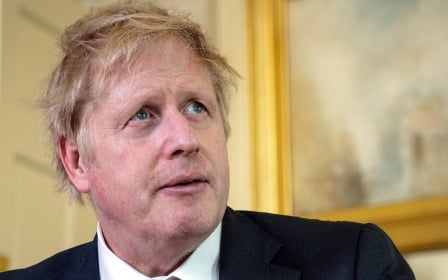 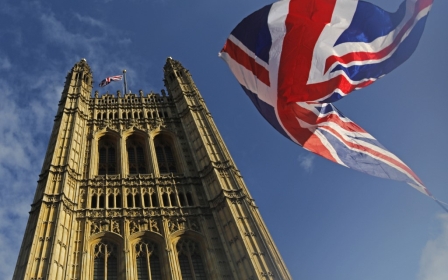 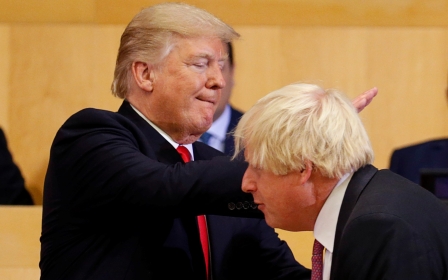