Peter Oborne
At this point in its history, Israel doesn't need cheerleaders. It needs truth tellers 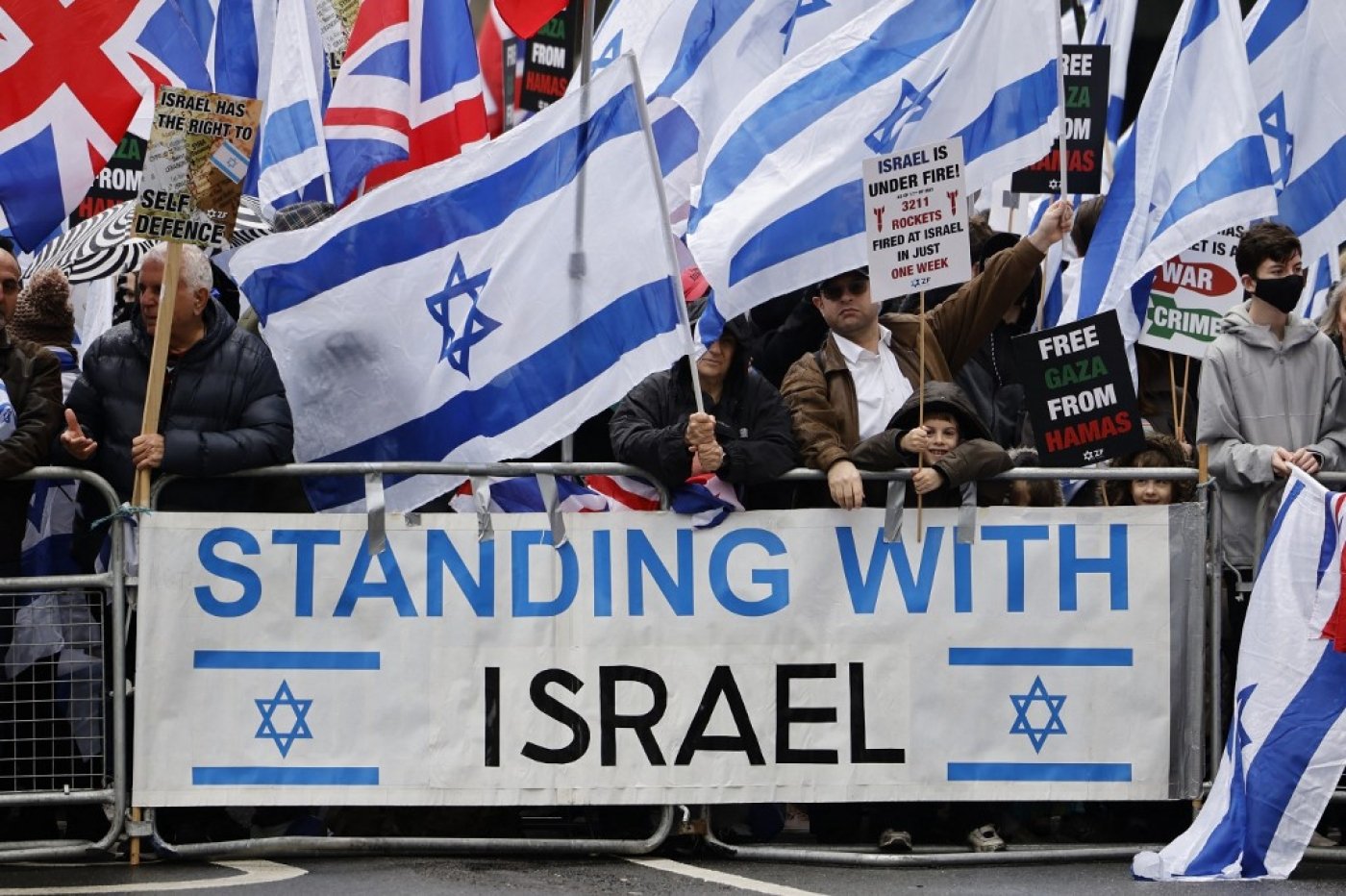 Which famous British politician uttered these words about Israeli aggression: "You cannot be selective in your defence of law. You cannot say, ‘I like that law, I will uphold that one, I will not uphold the other'."

The answer is Margaret Thatcher, probably the most pro-Israel British prime minister of the 20th century. Yet, Thatcher did not hesitate to denounce the Israeli bombing of Iraq’s Osiraq nuclear reactor in June 1981. And during the Lebanon War in 1982, Thatcher imposed an arms embargo on Israel that lasted 12 years, until 1994.

She certainly admired Israel, but she believed that the country should adhere to basic moral standards and international law.

What a contrast with Prime Minister Boris Johnson’s slavish support for Israeli law-breaking and alleged war crimes during the latest terrible month in Jerusalem, the occupied West Bank and Gaza. There was no condemnation from Johnson of Israeli ethnic cleansing in areas of occupied East Jerusalem, nor of the Israeli Jewish extremists chanting “death to Arabs”.

There was no criticism of the brutal Israeli incursions into al-Aqsa Mosque, nor of the killing of women and children in Gaza, nor of the targeting of a media centre in the besieged enclave.

Indeed, it would appear that every last vestige of pro-Palestinian sentiment is in the process of being eradicated from the British Conservative Party. The Conservative Middle East Council (CMEC), which has historically given a voice to Palestinians, looks to be under mortal threat.

Six years ago, outgoing CMEC chair Patricia Morris wrote in a column: “It is no secret, especially given our history, where CMEC stands on the question of Palestine. The fundamental truth is that until the Palestinians are freed from the injustice and degradation of occupation, with a viable and truly sovereign state that guarantees the human rights of its population, the conflict will continue.”

The terrible events of the last few weeks should have been CMEC’s moment. Yet, there have been no protests; no authoritative public briefings; no condemnation. When I rang  CMEC’s current president, Nicholas Soames, for an explanation of the inertia, there was no reply.

At the same time, I can reveal that what looks very much like a replacement organisation is in the course of being set up: the Conservative Friends of the Middle East and North Africa.

The upshot of all of this is that Johnson’s Conservative Party no longer gives principled support to Israel in the way that Thatcher did, on the basis of common values. His government appears reluctant to criticise Benjamin Netanyahu's administration, even as the Israeli prime minister embraces extremist Kahanists to stay in power.

And with pro-Palestinian groups marginalised, the way forward is clear for the influential Conservative Friends of Israel (CFI).

A quarter of a century ago, historian and Conservative MP Robert Rhodes James described CFI as “the largest organisation in Western Europe dedicated to the cause of the people of Israel”.

That claim is even more valid today than it was in 1995, with one important difference: CFI is now open to the charge that it is more dedicated to Israel’s far-right government than to the cause of its people as a whole.

The organisation claims support from 80 percent of Tory MPs. It has enviable access to cabinet ministers and is superb at spotting talent. Home Secretary Priti Patel was a parliamentary officer for CFI, and after she held undisclosed meetings with Israeli politicians during a “family holiday” in 2017, she was forced to resign her post as international development secretary. 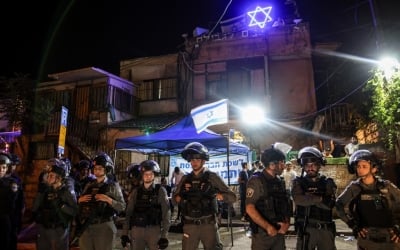 Declassified also reported that CFI organised a “battle bus” for Johnson’s mayoral election campaign in 2012. Most striking of all, Kennard’s reporting showed that Michael Gove, regarded within Westminster as the effective deputy prime minister, was funded by AIPAC, a leading pro-Israel lobby group in the United States, to visit Washington in 2017 (during a period when he was briefly out of office).

I believe that the lack of Palestinian voices inside Britain’s ruling Conservative Party has become a big problem, and not just for the Conservative Party, Britain or Palestinians - but for Israel as well. At this point in its history, Israel doesn’t need cheerleaders. It needs truth tellers.

Three years ago, I asked the CFI parliamentary chairman whether the organisation had ever criticised Israel. He could not produce a single example. I wrote to CFI again on Wednesday asking for examples of any criticisms of Israel; no response.

CFI insists that it is a broad church, and its stated aim as a British organisation is to improve the UK-Israel relationship. It has never been tied to any political party in Israel, working with all to stress positive issues relating to trade, science and technology (one recent example is the common fight against the coronavirus pandemic).

As far as I can tell, it never warns of the damage that settlements inflict on the peace process. It never rebukes the naked racism of the Netanyahu government. It didn’t criticise the 2018 nation-state law, which effectively established two categories of Israeli citizenship - one for Jews and one for Arabs. CFI has started to look like the London outpost for Netanyahu’s Likud Party.

It's time he started listening to Palestinian voices, rather than just the Netanyahu government and its apologists

There is also a group called Conservative Friends of Palestine. It was founded in 2019 and claims a handful of Tory councillors. As far as I can discover, not a single one of the 365 Tory MPs in parliament belongs to it.

A fresh test is coming shortly. This past March, International Criminal Court (ICC) prosecutor Fatou Bensouda opened an investigation into alleged war crimes committed in Palestine. Human Rights Watch has noted that new war crimes might also have been committed in recent weeks.

In an April letter to CFI, Johnson was critical of the ICC investigation, saying it gave “the impression of being a partial and prejudicial attack on a friend and ally of the UK’s”. British Foreign Secretary Dominic Raab was in Israel last week. It’s time he started listening to Palestinian voices, rather than just the Netanyahu government and its apologists. 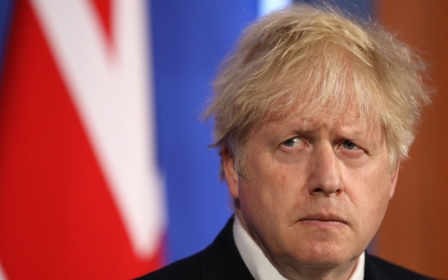 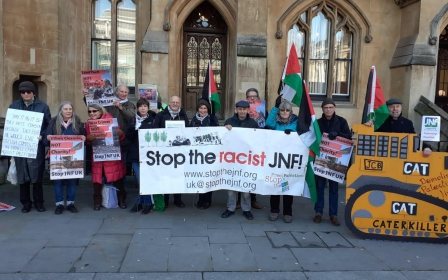 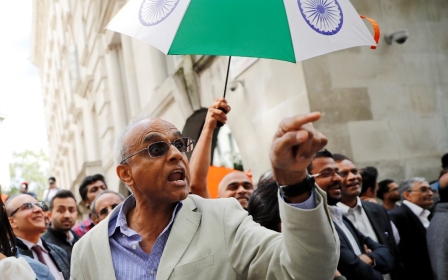